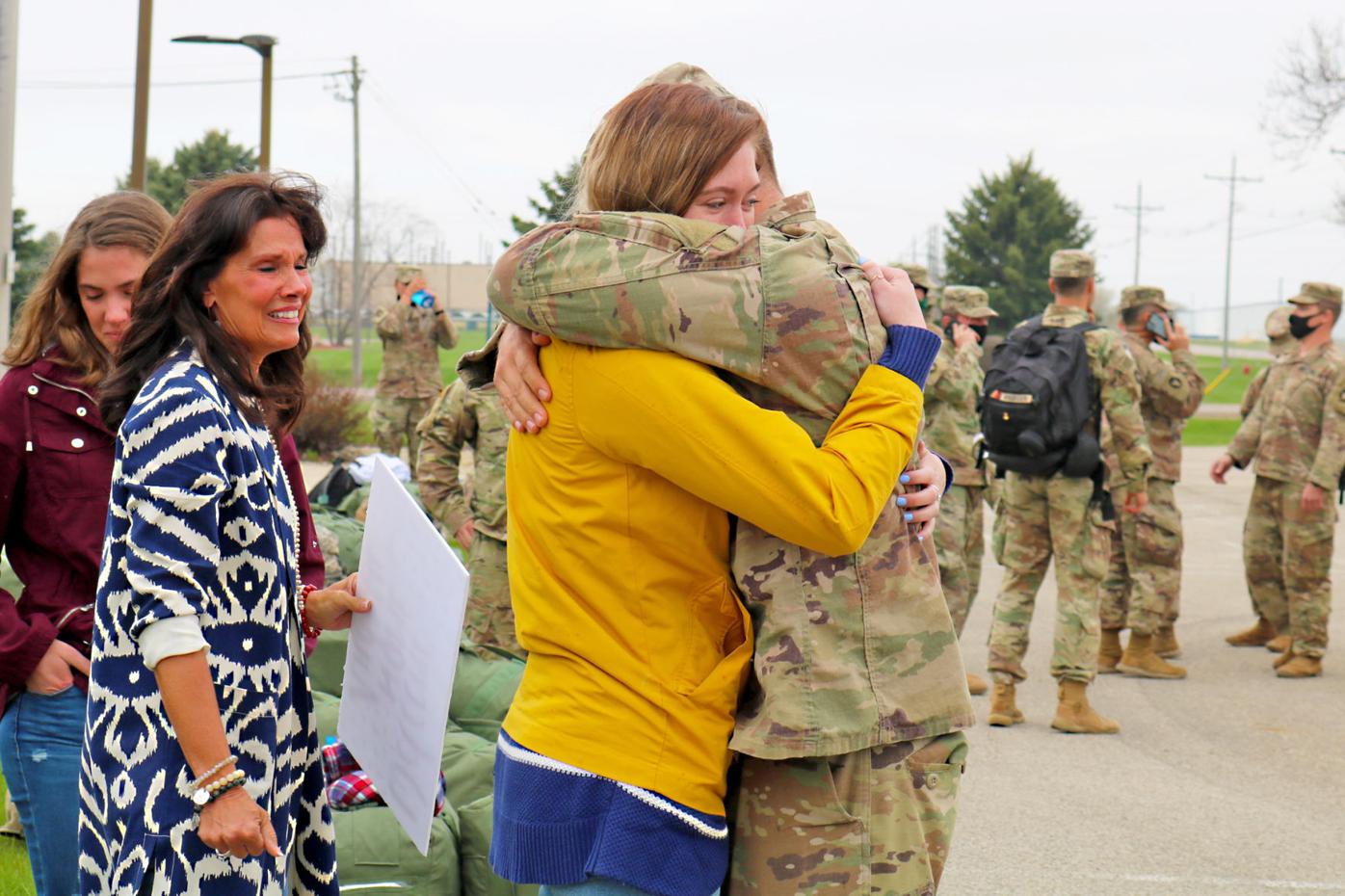 Minnesota National Guard soldiers reunited with their loved ones at the Owatonna Armory on Wednesday following an 11-month deployment to Africa. (Photos by Annie Granlund/southernminn.com) 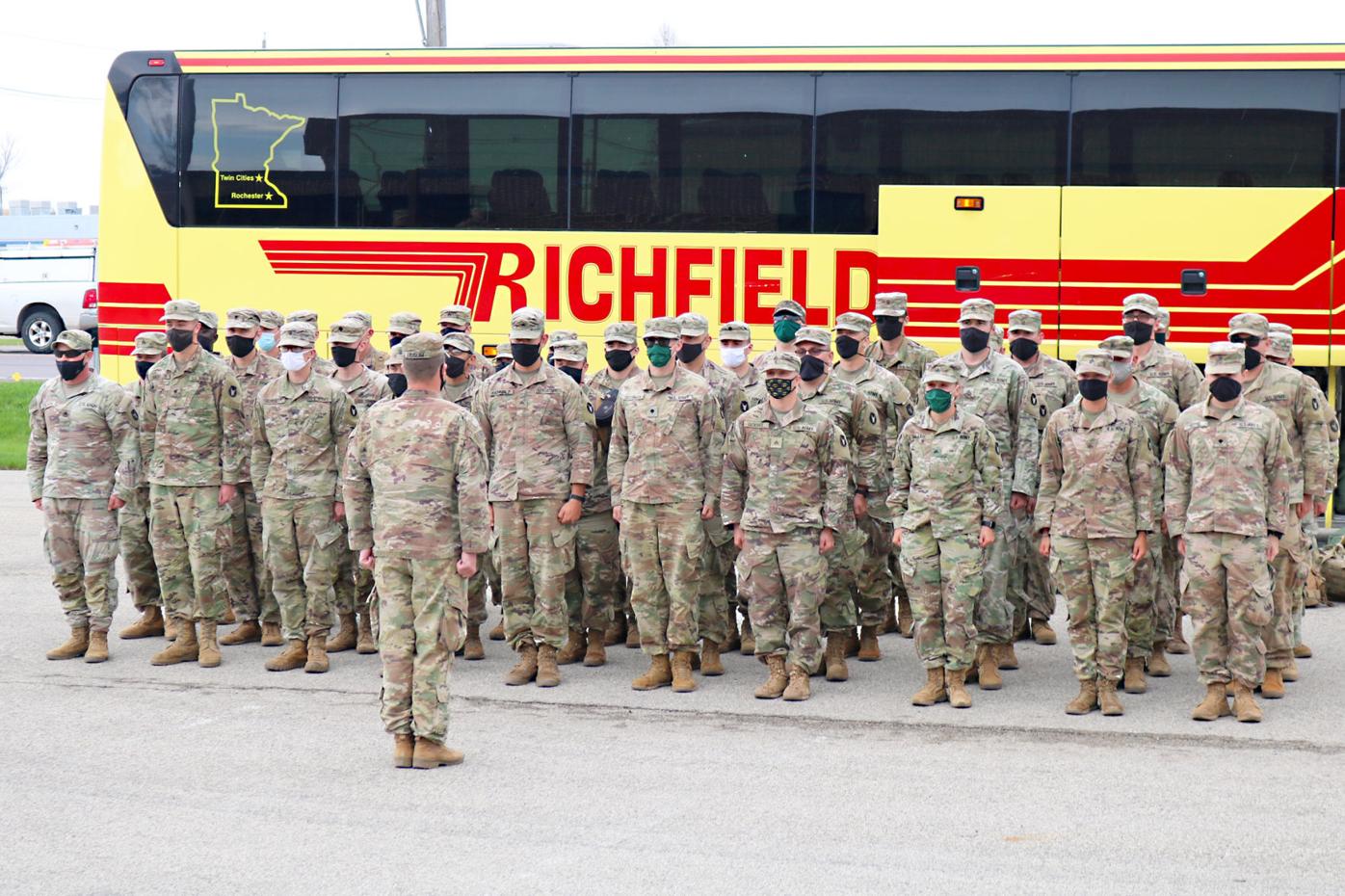 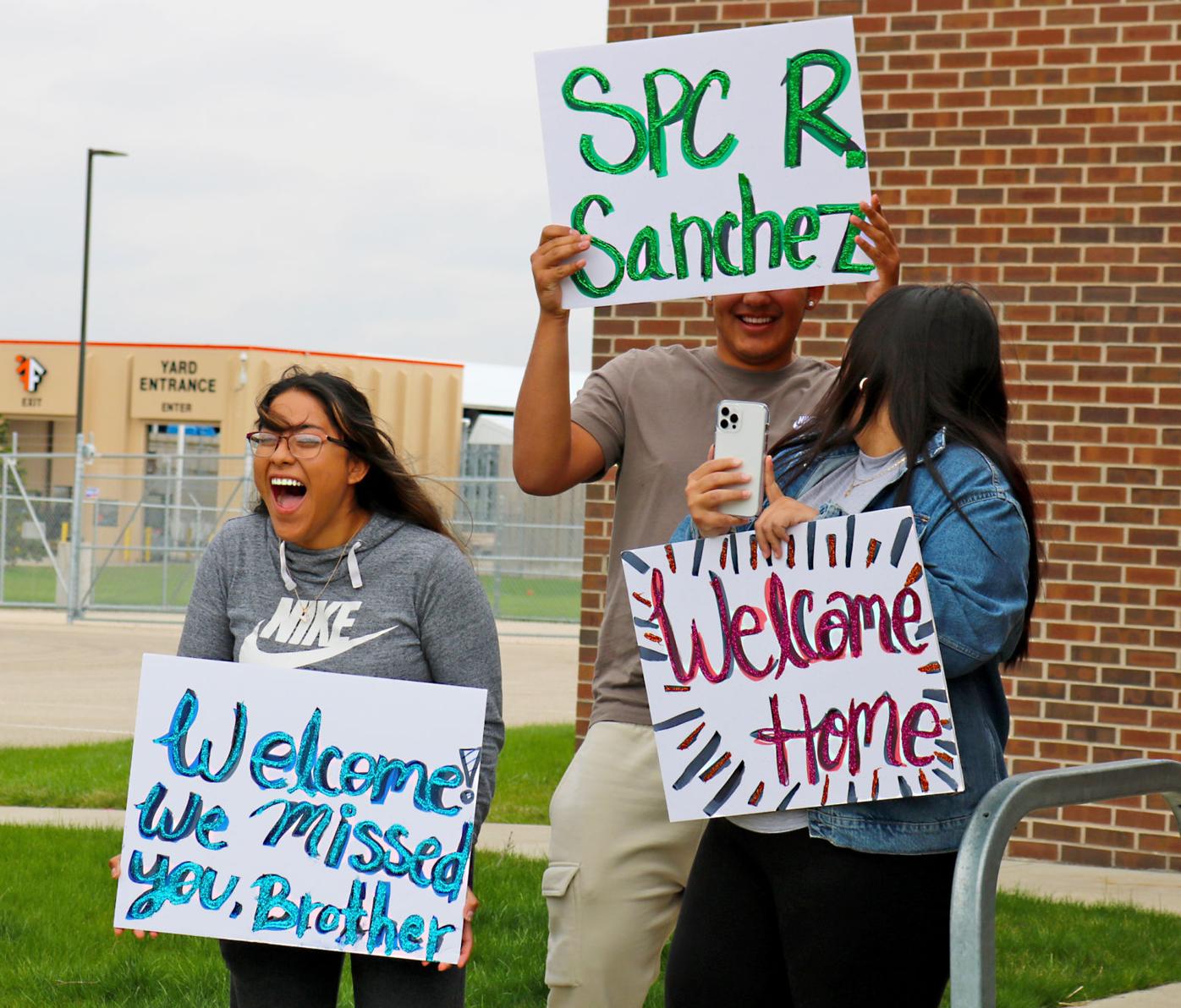 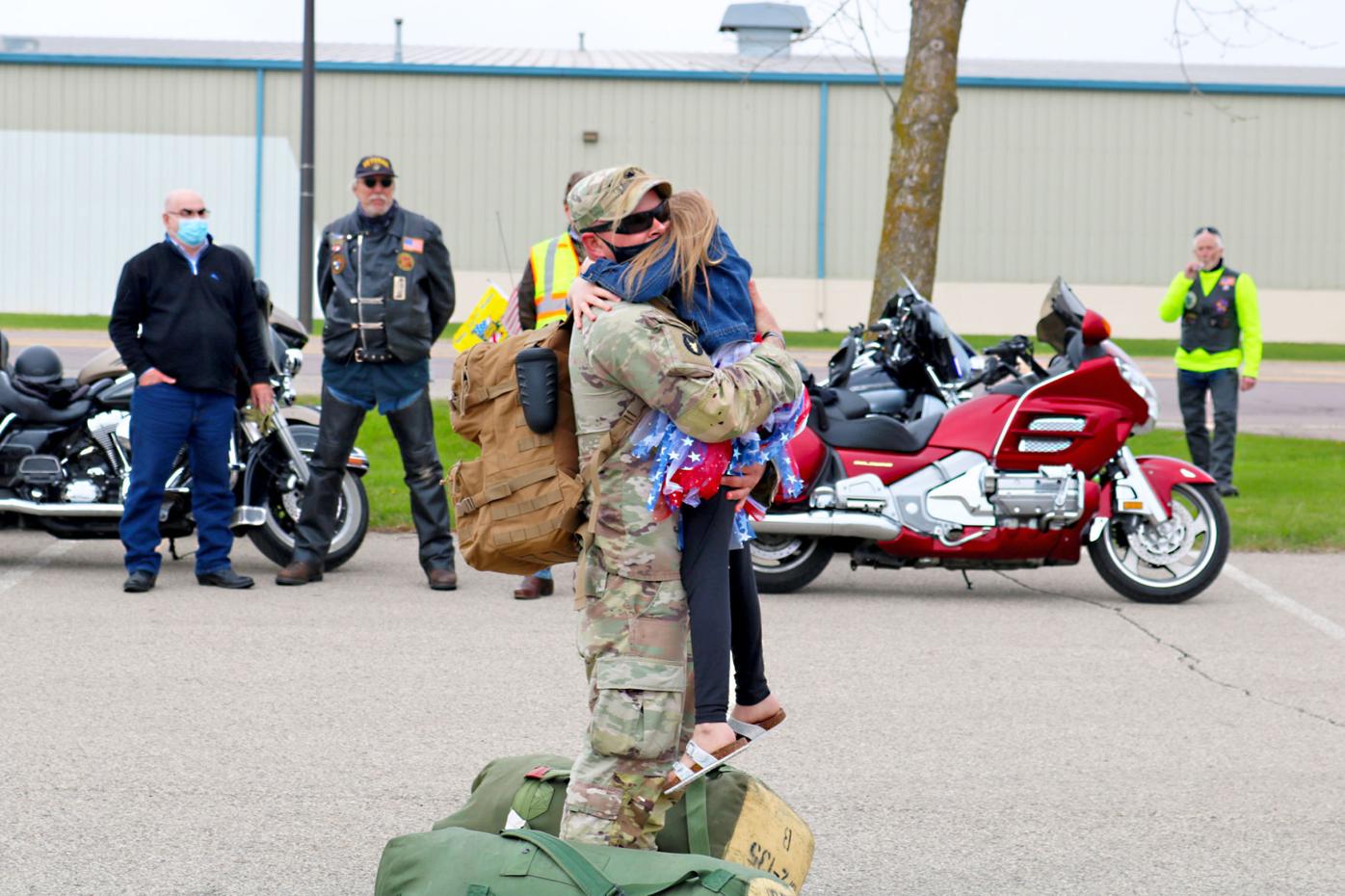 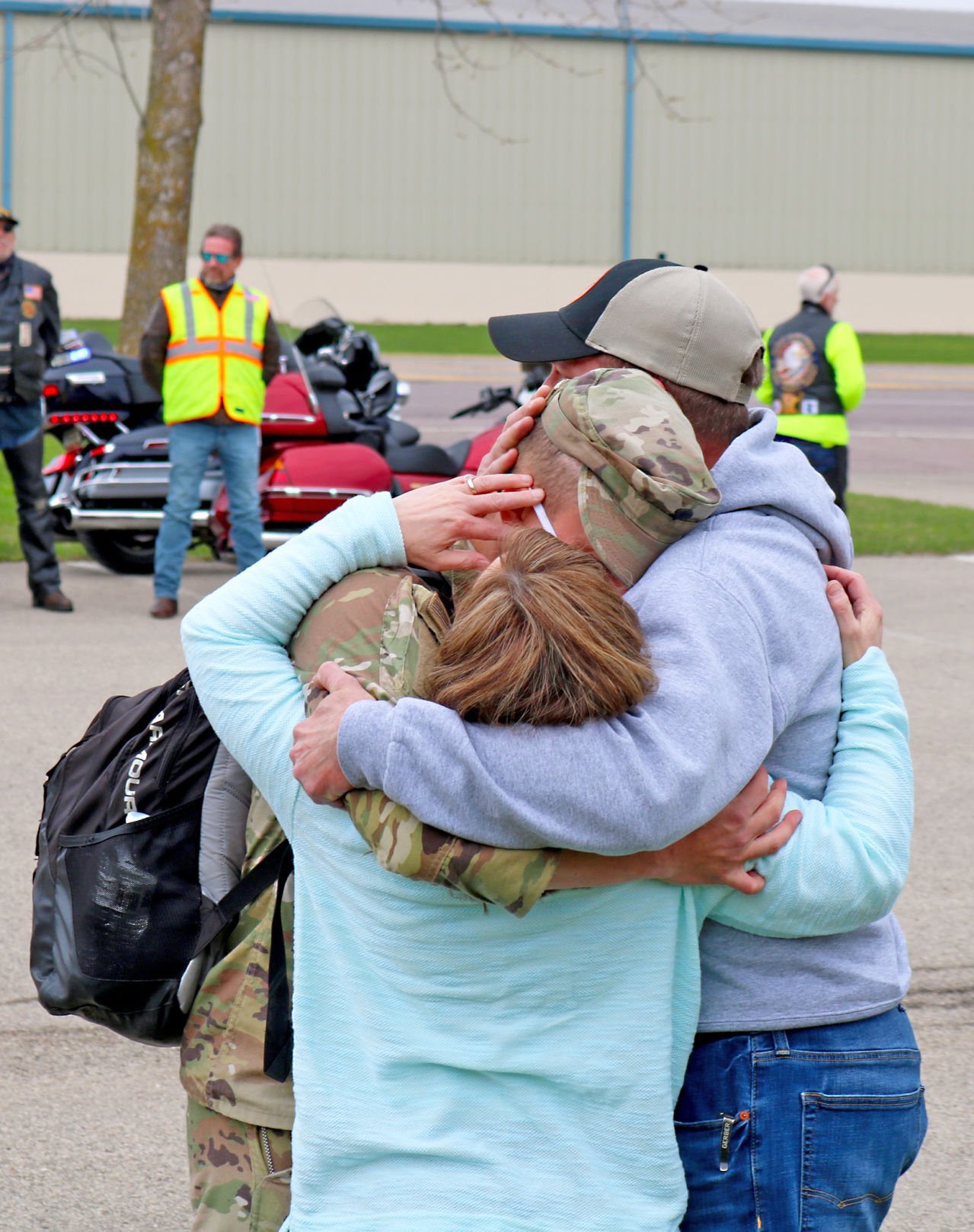 Minnesota National Guard soldiers reunited with their loved ones at the Owatonna Armory on Wednesday following an 11-month deployment to Africa. (Photos by Annie Granlund/southernminn.com)

Over 700 soldiers from the Minnesota National Guard’s 2nd Battalion, 135th Infantry Regiment headquartered in Mankato will be returning to Minnesota over the coming weeks after an 11-month deployment in support of Operation Freedom’s Sentinel and Combined Joint Task Force Horn of Africa.

On Wednesday, roughly 40 area soldiers returned and reunited with their family and friends at the Owatonna Armory.

“Our soldiers successfully accomplished their mission while facing numerous challenges including a global pandemic,” said Lt. Col. Chip Rankin, the task force commander. “We were one of the first to deploy in this new normal, and our soldiers handled it with discipline and professionalism.”

Task Force Bayonet’s mission in the Horn of Africa was to provide force protection through security forces in the region of Djibouti, Somalia and Kenya, to support the Africa Command Theater Security Cooperation Strategy, and to ensure the success of the East Africa Response Force.

The 2nd Battalion, 135th Infantry, which made up the majority of the Task Force Bayonet, left Minnesota in June 2020 for Fort Bliss, Texas, to conduct premobilization training. The task force arrived in the Horn of Africa in July.

Upon assumption of its mission in Africa, Task Force Bayonet immediately experienced an evolution in its primary mission by increasing its force protection footprint throughout Somalia. Task Force Bayonet personnel managed base operations for over 600 personnel and 30 separate entities. Towards the end of the deployment, the task force began Operation Octave Quartz, and assisted in repositioning U.S. Department of Defense forces from Somalia to other areas in East Africa.

The battalion deployed as a multi-state Army National Guard task force including soldiers from units in Iowa and Illinois. While deployed, the battalion worked with several foreign partners, including the French Forces of Djibouti, the Armed Forces of Djibouti, the Uganda People’s Defense Force, the Kenya Defense Forces, the Somali National Army, the Royal British Army, the African Union Mission to Somalia and many more key international partners in the Horn of Africa.