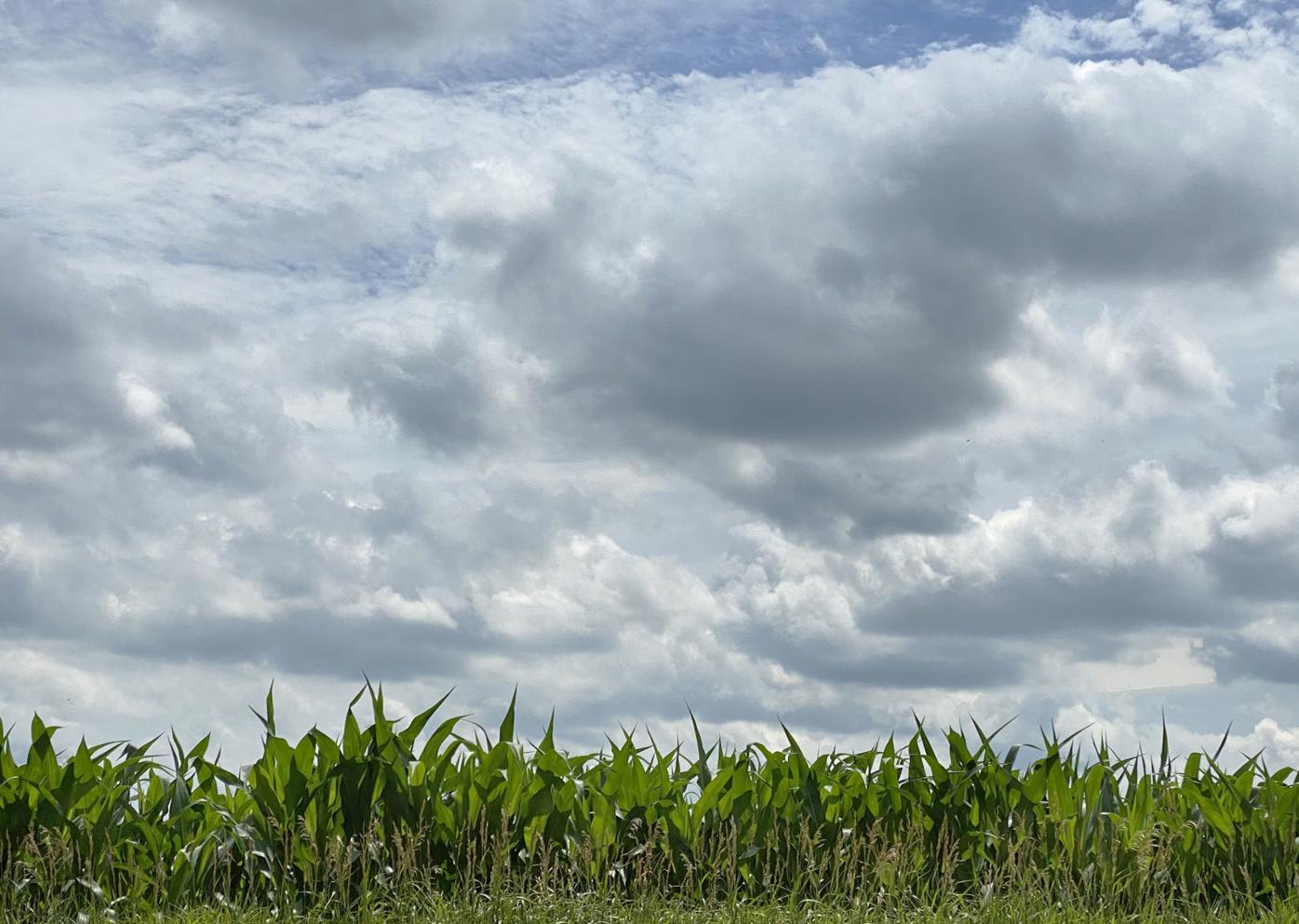 A U.S. Department of Agriculture report released June 30 highlights how much improved the 2020 growing season has been compared to the last couple of years. That’s a bit of good news for the local ag industry. (Suzanne Rook/Faribault Daily News) 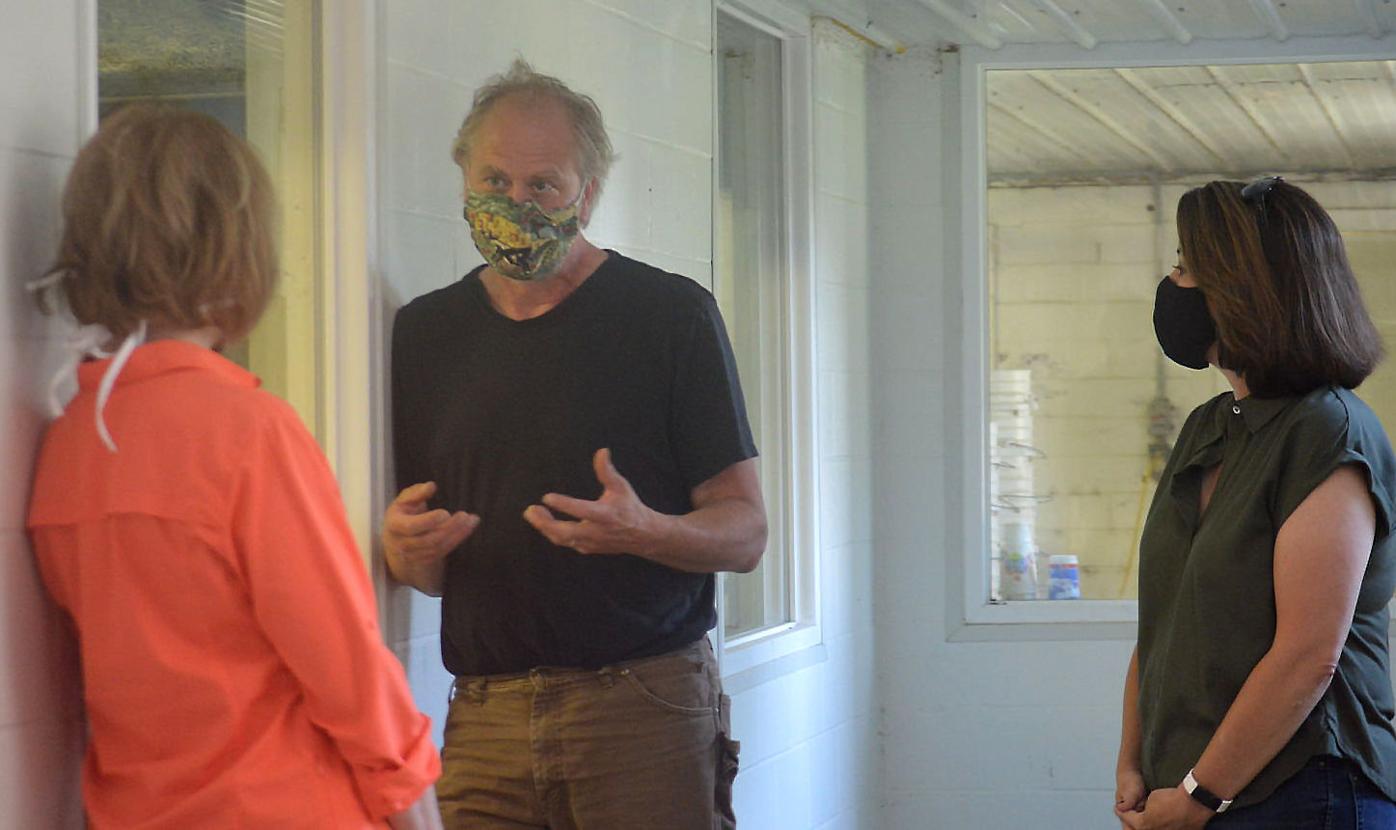 A U.S. Department of Agriculture report released June 30 highlights how much improved the 2020 growing season has been compared to the last couple of years. That’s a bit of good news for the local ag industry. (Suzanne Rook/Faribault Daily News)

Local crop farmers left reeling after back-to-back years of poor growing conditions and struggling markets entered 2020 with high hopes of a rebound. So far, they’ve gotten at least part of what they wished for.

The U.S. Department of Agriculture’s newly released annual Acreage report highlights just how much growing conditions improved across state. The improvement started in the spring, when weather conditions proved much more hospitable than last year. In addition to 8.1 million acres of corn, Minnesota farmers have planted some 7.4 million acres of soybeans. As with corn, farmers managed to plant their soybeans much earlier and last year, and at a rate above the five-year average.

Minnesota farmers in total planted about 8% more soybeans and 4% more corn than last year. Nationally, the increase was about 3% for corn and 10% for soybeans, with this fall’s soybean crop set to be the third largest in U.S. history.

Shortly after the June 30 release of the Acreage report, corn futures began trading at their highest levels since March. That’s because based on the USDA’s most recent report from March, many analysts had anticipated significantly more corn.

Strong growing conditions throughout the state have continued as the calendar turned towards summer. According to the USDA’s Minnesota Crop Progress & Condition Report, 84% of corn and 81% of soybeans were rated good to excellent by Minnesota farmers.

“We battled through the spring, and it ended up being the best we’ve had in years,” said Northfield area farmer Matt Braun. “So far, Mother Nature is working with us.”

That’s a huge improvement over last year, when Minnesota farmers were rating their corn and soybeans at only around 60% good to excellent. Even recent hail storms have hardly made a dent in the state’s highly positive numbers.

University of Minnesota Extension Educator Claire LaCanne said that south central Minnesota has been particularly fortunate weather wise. Unlike portions of western Minnesota, LaCanne said the region has enjoyed not only warm temperatures but enough rain as well.

“We’re very fortunate to have gotten the moisture we’ve gotten,” she said. “In some places, they’ve had less than an inch of rain.”

At the end of 2019 and the beginning of 2020, Roberts said that there were glimmers of hope that the farming downturn could be reversed. In particular, trade relations between the U.S. and its largest trading partners seemed to be improving. In January, President Donald Trump gave U.S. approval to the United States-Mexico-Canada Agreement trade agreement. The renegotiated deal completed one of the president’s most significant campaign promises and calmed relations with two of its most important trading partners, Canada and Mexico.

The agreement received final ratification from Canada March 13, just as the COVID-19 pandemic was beginning to reach North America. It was approved without any recorded vote as the government rushed to adjourn Parliament, and is now set to go into effect on July 1.

Just two weeks before signing USMCA, Trump struck a “Phase One” trade deal with China. Supporters said it could increase America’s agricultural exports to $50 billion and its overall exports by $200 billion, although the deal only includes fixed targets for this year and next.

The two new agreements were particularly important because China, Canada and Mexico are by far the three largest importers of U.S. goods. In 2017, the U.S. exchanged nearly $1.7 trillion in goods with those three countries.

The agreements followed controversial trade policy which saw the U.S. withdraw from the Trans-Pacific Partnership and increase tariffs. Those policies were backed by Director of Trade and Manufacturing Policy Peter Navarro, with the goal of lowering the country’s trade deficit. However, the president’s approach to trade won more than its fair share of criticism, including from traditionally conservative farm and business groups, which warned of the rising costs being shouldered by U.S. farmers, businesses and consumers.

An analysis by Colorado-based Ag lender CoBank helped to support those claims. CoBank analyzed the effects of 11 tariffs on U.S. producers and found that in nine of those cases, U.S. farmers swallowed most of the cost of the tariffs, not importers. Just as the effects of trade conflicts were starting to calm, the pandemic turned the markets upside down. Farmers reliant on selling directly to restaurants and schools have been hit especially hard as states implemented tough measures to halt the spread of COVID-19.

Rice County Farmers Union President Steven Read said he is among the farmers who have taken a serious hit. Read and his wife Jodi have have raised dairy sheep and produced artisan cheese at Shepherd’s Way Farms just outside of Nerstrand for nearly two decades. Following the farm crisis of the 1980s, many small, family owned farms were squeezed out of the market by corporate-owned farms. That’s started to reverse in recent years, with consumers increasingly interested in buying local, environmentally sustainable products.

Many of those locally owned farms are now most at risk from the COVID-19 crisis. Agritourism, a key source of revenue for many small farms, has been all but wiped out by the crisis, and buying local is now more difficult than before.

Last weekend, Sen. Tina Smith and Rep. Angie Craig, DFL-Eagan, who serve on the Senate and House Agriculture Committees, respectively, visited Read’s farm to discuss how the pandemic is affecting farmers like Read and what can be done to help them.

“Farmers who have built their business model around directly providing food to customers through restaurants have lost their markets and there’s no end in sight,” Read said. “Those farmers are producing perishables which can’t be used until later when those markets may reopen, so it’s lost income for the season.”

Read said that dairy markets have managed to stabilize, but hog and beef farmers have been hit much harder, with COVID-19 induced closures dramatically reducing the amount of meat processing capacity.

Corn has been hit hard by a dramatic decrease in demand with ethanol, after the price of oil collapsed early in the year. In addition to decreased demand due to COVID, oil prices fell as Saudi Arabia dramatically increased production.

The price of oil made a furious rebound in May, increasing by about 90%. Still, uncertainty over COVID-19 and Middle East oil production is leaving prices on track to close the first half of 2020 around 40% lower than they were at the beginning of the year. Soybean prices have also rebounded significantly in recent weeks as Chinese buyers ramped up their purchases. China is the world’s largest consumer of soybeans, but briefly halted purchases of U.S. soy last fall amid the trade war

Previously, China had previously accounted for 60% of U.S. soybean purchases. To make up that market share, the Chinese turned to Brazilian soybeans — a shift many U.S. farmers feared could be permanent.

Through May, the U.S.-China trading relationship had not fully recovered. The Chinese bought just 9 million metric tons of soy through the first five months of 2020, far less than from Brazil and far from on pace to meet the 43 million metric ton goal in the Phase One deal.

On the whole, prices remain so low for area farmers that Bruce Peterson, a Northfield Area corn farmer who previously served as president of the Minnesota Corn Growers Association, said most farmers would actually lose money bringing their crops to market now.

“It’s a Catch-22 for us,” Peterson said. “We’ve got all of these bushels, but it will probably take at least a 50- to 60-cent price increase (for them to become profitable).”

HELP ON THE WAY?

With prices so low, University of Extension Educator David Bau said that many farmers are finding themselves relying on government assistance to get them through, as they did during the trade war. However, others are struggling to access that assistance.

As part of the CARES Act, Congress authorized around $23.5 billion in assistance for farmers. Farmers are also eligible for the Paycheck Protection Program, but of the first $349 billion allocated, just 1.3% went to the agriculture, forestry, fishing and hunting subsector.

According to the Farm Bureau 37% of U.S. farmers aren’t even eligible for assistance — and they’re the ones most likely at financial risk. As the law is currently structured, farmers who reported a net income of zero or less last year aren’t eligible for the program.

To help rectify this, the Farm Bureau is backing the Paycheck Protection for Producers Act. The bipartisan bill was introduced earlier this month in the House by Wisconsin Democrat Ron Kind and in the Senate by South Dakota Republican John Thune.

Under the proposed law, farmers and ranches would be allocated PPP loans based on their 2019 Schedule F gross income, up to $100,000, rather than their 2019 net income. Farmers approved for loans under the current calculation would be eligible for extra benefits.

“While the Paycheck Protection Program is providing vital assistance to farmers and ranchers who were able to receive loans, many self-employed farmers have been unable to participate," Duvall said, "putting the future of their family farms at risk."