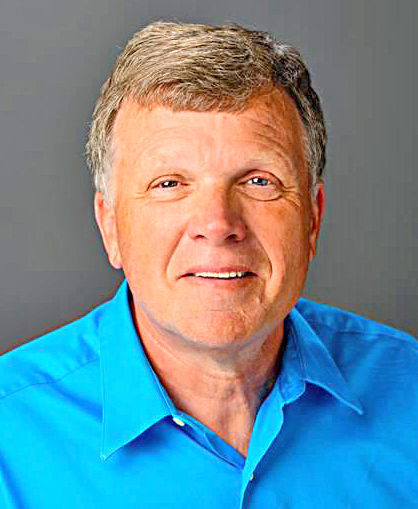 The end of the school’s fiscal year — June 30 — signifies the approval/renewal of several items, one which includes the 2020-21 budget. But planning for the uncertainty of how the upcoming school year presents many challenges.

Overall, Kenyon-Wanamingo Interim Superintendent David Thompson at the School Board’s June meeting, said the district is looking to reduce next year’s budget by $443,000. Due to the continuing drop in student enrollment and funding from the state not keeping up with inflation, the district is in budget-cutting mode. As the district loses 70 seniors from this year’s graduating class, only 44 kindergartners are expected in September, creating a great differential in enrollment.

In this case, the loss of just 36 students means a significant loss of state aid. Thompson says a drop in enrollment during a school year also contributes to the problem, since the number of students — and anticipated state aid — budgeted differs from what’s received. While state funding is $229,000 lower, expenses remain flat.

Thompson says the district cut a little more than originally planned from its budget due to concerns about when the state will reimburse it for hosting free childcare and providing free food to those in need while students were still in school. Although free to those who benefited from the childcare and food, school districts continued to pay employees for providing services. As of now, Thompson said the district hasn’t received reimbursement from the state.

The activity shuttle was one item the board was hesitant to cut. Finance Director Amy Lake was able to work it into the 2020-21 budget.

The K-W School Board also voted to increase reserves from 2% to 4% of the annual general fund budget, meaning it needs to reduce expenses further.

Thompson says it would be ideal to have at least 8% in reserves, the equivalent to about one month’s worth of expenses. That would give the district a safety net, and keep it from borrowing — as it did a few months ago — when state aid didn’t arrive when expected.

The district, like many in the state, will face challenges after the state in May announced an anticipated $2.78 billion budget deficit due to COVID-19.

During the board’s June meeting, Lake said student enrollment is at 738, a slight decrease from estimates in the 2019-20 revised budget of 756. Overall, Lake said the changes from 2019-20’s revenue go back to the drop in student enrollment, coinciding with the reduction of state aid by almost $124,000. Thompson said the state gave the district a 2% increase next year, which explains the differential.

School Board member Jamie Sommer expressed concerns over the uncertainty of what fall will bring in terms of the coronavirus guidelines and how that will affect the school’s approved budget.

“Come fall, if the kids go back to school with ridiculous expectations of wearing a mask and parents chose to not send their child to school, what does that do to the budget?” asked Sommer.

Lake responded that the district will still receive the funding through 2021. However, the forecast after next year doesn’t look “awesome.”

“We’re looking at a huge deficit in the state pot,” said Lake of the following year’s forecasts. “And we are looking at no increase in state aid.”

Currently, Lake said the district receives 90% of state funding now, and the remaining 10% at a later date. Potential changes could change those percentages to 60% this year and having to wait until next year for the other 40%.

“There’s no indication they will withhold funds this year,” said Lake. “There is also the federal CARES ACT to apply for COVID funds, but it’s only a fixed amount.”

Board chair Marilyn Syverson imagined a scenario where some people may be more comfortable keeping their children at home to learn and it won’t be so much about protecting their safety of a virus, it would be a “this works for them and fits for them.”

“When these things happen, we get pushed in directions we didn’t want to go or had to do,” said Syverson. “There’s a big difference between being afraid of a virus and educating at home. It’s one of those changes we didn’t see coming and we don’t know how much it’ll affect us.”

In terms of preparing for the future, Board member Tonya Craig expressed fears about not knowing how it will look.

“There’s a lot of blood, sweat and tears put into this for everybody and the end result is a big question mark,” said Craig during the budget discussion.

Thompson says it’s difficult to have to plan for all three scenarios — in-person learning for all students, hybrid learning with strict social distance and capacity limits or distance learning only — since each scenario creates a whole lot of questions that can’t be answered until the week of July 27, when state officials are expected to let school districts know what scenario will be enforced.

“There are so many ‘what ifs…’ and questions we don’t have answers for right now,” said Thompson of preparing for the different scenarios. “We started this budget process back in February, and we’re trying to be good stewards of taxpayers money, while protecting the educational opportunities of students and staff of the district at the same time.”