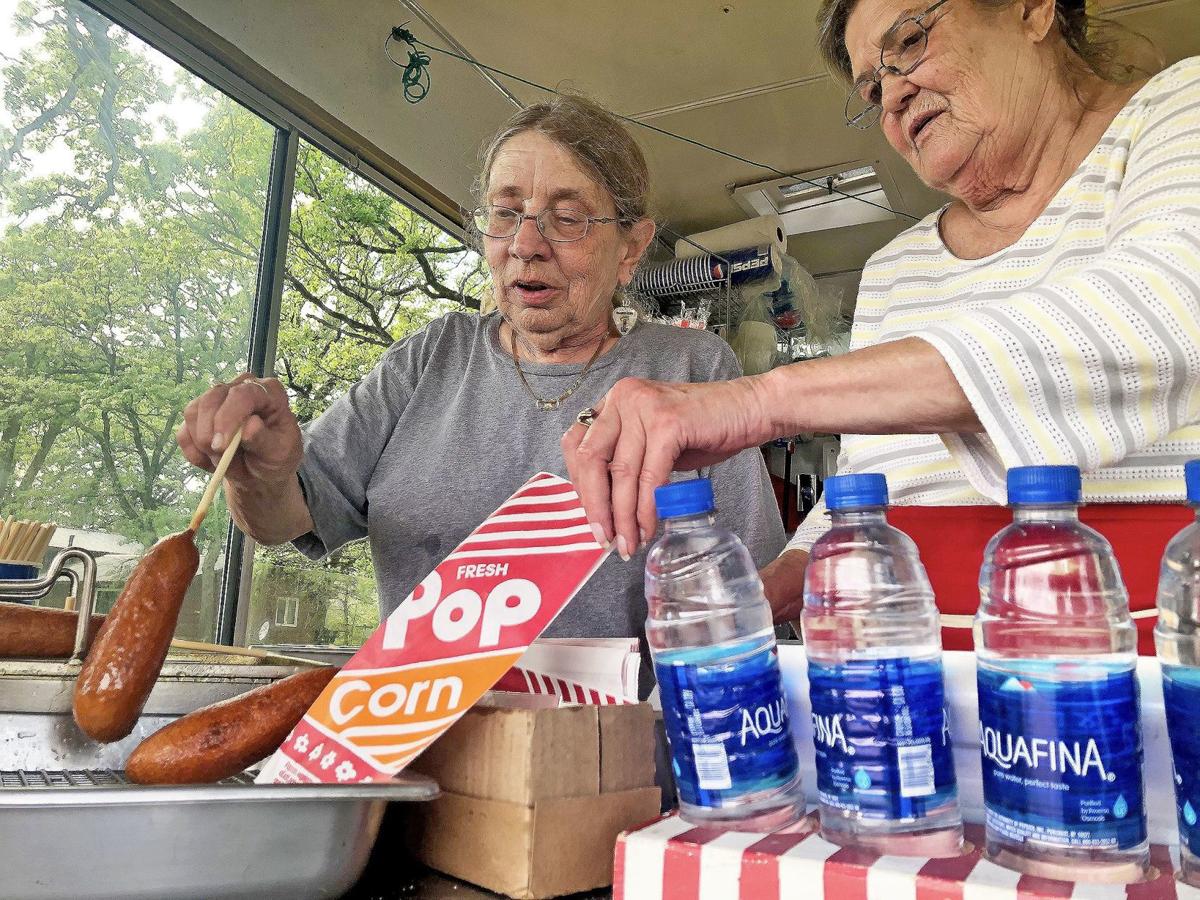 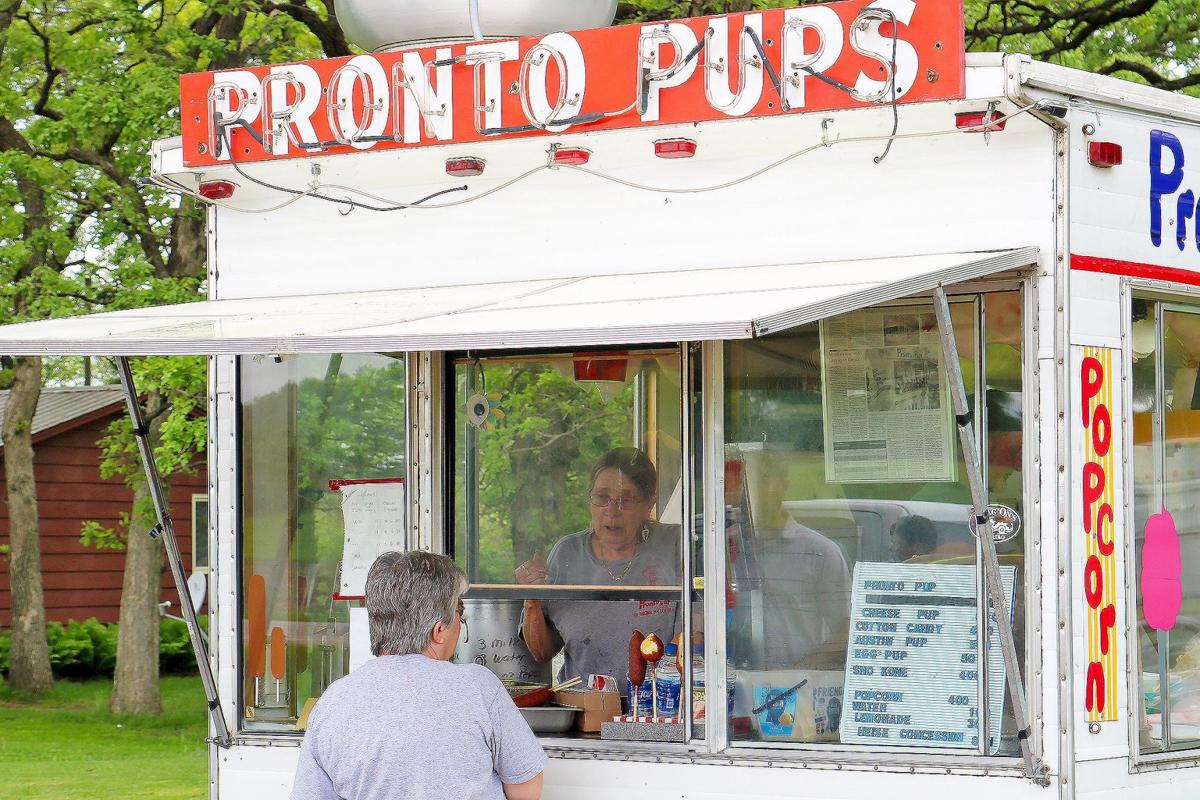 Kathy Heise helps another satisfied customer her ventured out on Highway 60 near Faribault for a taste of true Minnesota summer on Memorial Day. Heise’s Pronto Pups food stand is open Wednesday through Sunday from 11 a.m. to 6:30 p.m. (Annie Granlund/People’s Press)

Kathy Heise helps another satisfied customer her ventured out on Highway 60 near Faribault for a taste of true Minnesota summer on Memorial Day. Heise’s Pronto Pups food stand is open Wednesday through Sunday from 11 a.m. to 6:30 p.m. (Annie Granlund/People’s Press)

Out past Faribault on Highway 60, where Kathy Heise would describe as the middle of nowhere, happiness is being served up in true Minnesotan-style: dipped, hot and on a stick.

The Pronto Pup stand was closed on Tuesday for stocking and cleaning, but Heise couldn’t stop smiling, laughing, and getting emotional.

“I thought no one would even stop,” Heise said. “I have just been so overwhelmed.”

Following the cancelation of Le Sueur County’s Pioneer Power Swap Meet in April, Heise said she had no choice but to bring her Pronto Pup food stand that she’s owned for decades and open up shop in her own front yard. Sandwiched between Highway 60 and Cannon Lake, the humble stand has been pushing out a variety of fried delectables on a stick as well as snow cones, cotton candy and popcorn for the last five weeks.

“I had to do something,” Heise said about her decision to open up for the public on her own property. “This is my income and what I do, but I never expected all this to come of it.”

Initially, Heise was hoping just a couple of neighbors and passersby would stop and purchase a corn dog or snow cone, certain that everyone would think she had lost her mind. Little did she know that she would become an overnight social media sensation with members of the media calling her and dropping in to showcase her small business.

“I don’t have Facebook so I don’t really even know what it is, but all my friends and their friends are telling me that I am on everything,” Heise said with a laugh. “I’m all over and oh my word it has been amazing.”

Heise said that she was able to get fully licensed with the new guidelines to legally run her roadside operation immediately, changing up the way she hands out the food and even supplies condiments. She said that her customers have all been more than understanding of mindful social distancing and have been exceedingly patient.

“I make everything as they order, I don’t have a heat lamp,” Heise said. “But no one seems to mind waiting. Some people have even stood in the pouring rain without an umbrella.”

Admitting that she simply loves what she does, Heise said that opening her food stand has been a shining light during the COVID-19 pandemic, despite all of her normal fairs and festivals canceling this year. She believes that her presence is helping other people make it through this tough time, too.

“I am overwhelmed with how happy people are and that they’re just happy to see me,” Heise said while holding back emotions. “They’re so thankful, and I’m just so happy to see them, too.”

As with everything else that has come with this unprecedented time, Heise said that she is unaware of how long she will keep up shop. One thing is for certain, though, that she plans to keep serving up pups, smiles and hope for however long she possibly can.

“I know it’s not fancy like some of the trailers at the State Fair — I don’t think they would even let me in there,” Heise said. “But it’s my world.”

Kathy Heise's Pronto Pups food stand is located outside her home on Morristown Boulevard off Hwy. 60 and alongside Cannon Lake near Faribault.