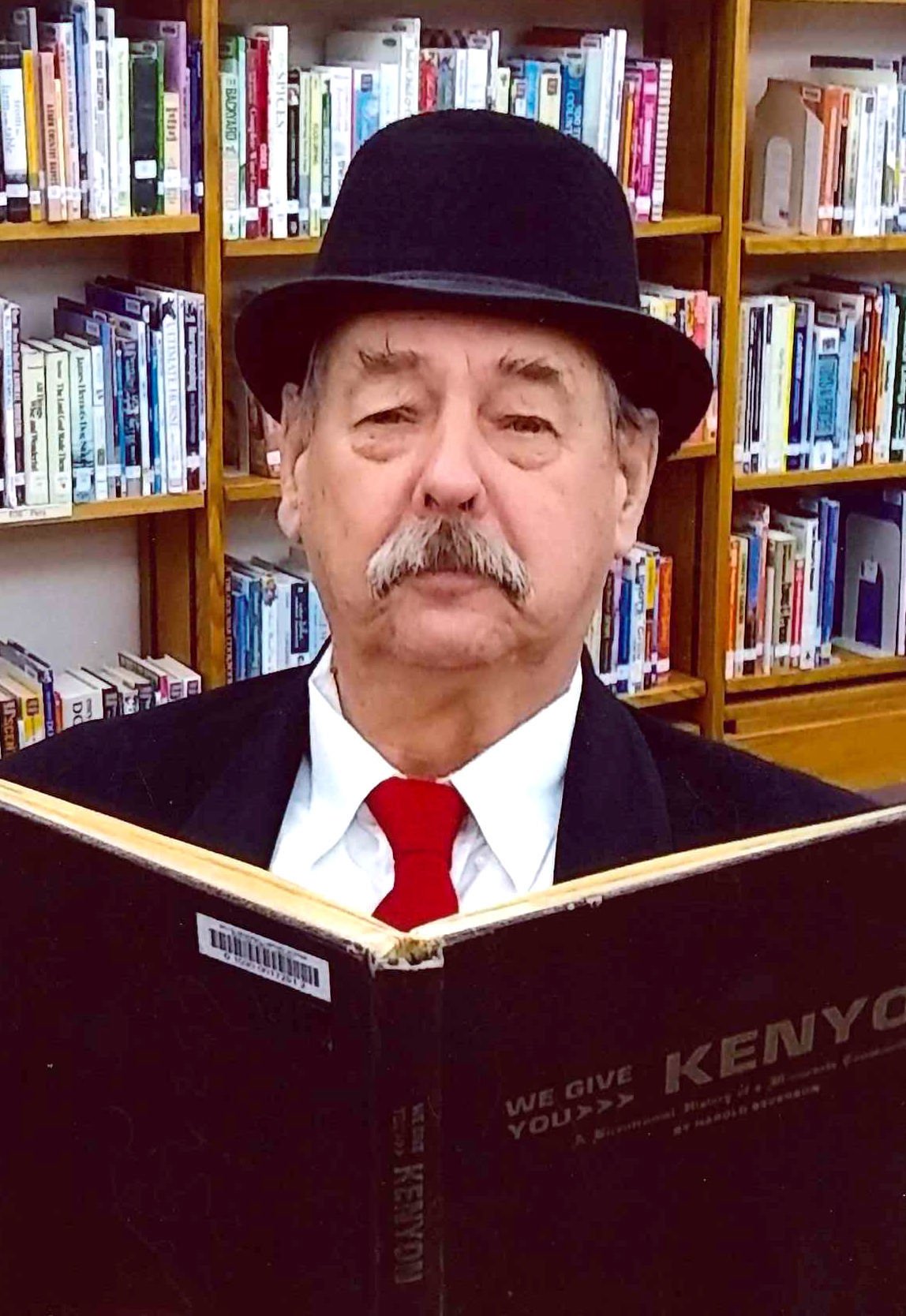 Kenyonite Andrew Volstead (Doug Bengtson) poses with the book, “We Give you Kenyon,” during his visit in Kenyon. (Photo courtesy of Sharla Bengston) 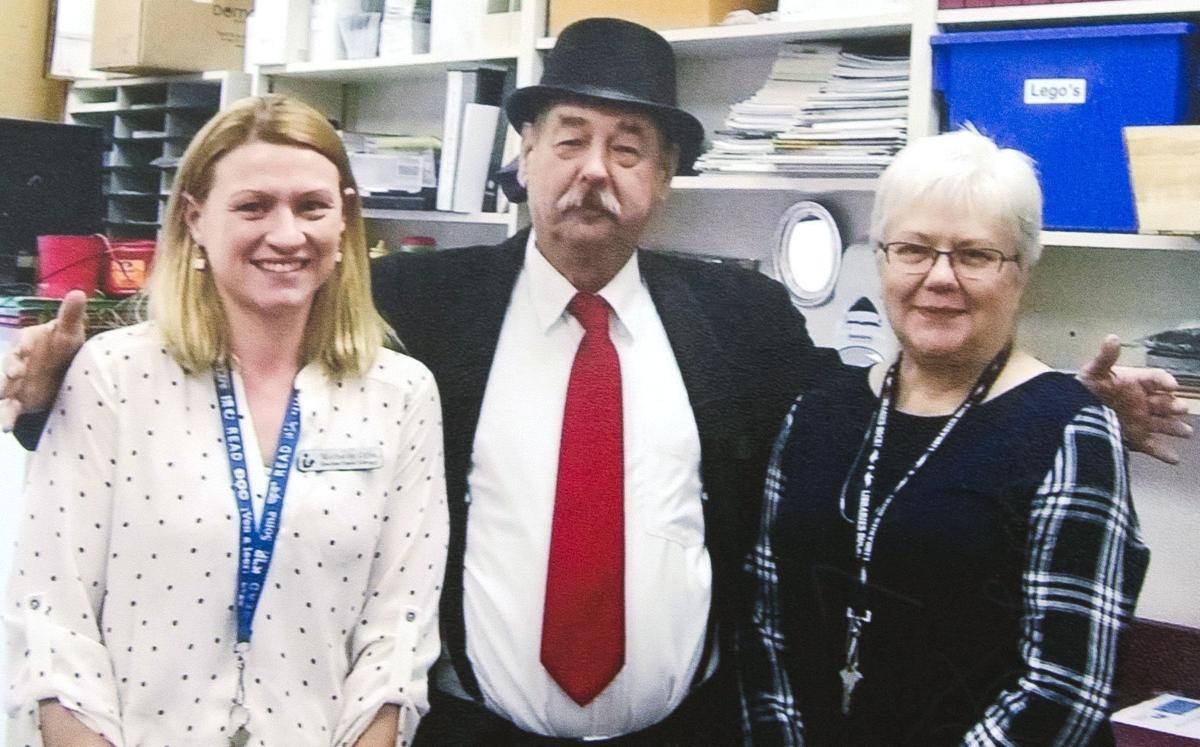 Kenyonite Andrew Volstead (Doug Bengtson) poses with the book, “We Give you Kenyon,” during his visit in Kenyon. (Photo courtesy of Sharla Bengston)

2019 marks the 100th anniversary of the 18th Amendment and the Volstead Act which enforced Prohibition in 1919. It’s also what inspired one Wood Lake resident to travel to Kenyon, the hometown of Andrew Volstead.

Doug Bengtson and his wife, Sharla, visited Kenyon in October after learning it was Volstead’s birthplace, and to find more information about Volstead’s life in Kenyon.

Bengtson is on the board for the Andrew J. Volstead House Museum located in Granite Falls. Although this is his third or fourth year on the board, his experience with Volstead was enriched in one unique way. Two years ago Bengtson decided to grow a mustache and dress up as Volstead, as an opportunity for guests to learn during tours at the museum.

At the time, Bengtson had no idea what his decision would develop into. As time went on, he also began to help with downtown tours of Granite Falls taking people to different sights in the area. This is where he met a woman, in Granite Falls on a tour bus, asked if he could speak to a group in Long Prairie about prohibition. Eventually he would give presentations in Sleighton, the Murray County Fair and Austin.

It was on their way back up from Austin, that they decided to stop in Kenyon. They began at the Kenyon Public Library, where they visited with Director Michelle Otte and Assistant Librarian Barb Bonde. The next stop on their journey was to Twice Found Consignment, owned by Mary Lazaretti and Mark Lenway. Lenway helped direct the Bengstons to the area where Volstead resided and where his parents are buried.

Even though that day was misty, with periods of rain, Bengtson had a wonderful time in Kenyon.

“The people in Kenyon took care of us and shared a lot of information about his childhood that we did not know,” said Bengtson. “We also visited where his relatives lived, where Volstead may have spent some time spending holidays with his family. I am glad we swung up that way….”

The Andrew J. Volstead house was built in Granite Falls in 1878. Congressman Volstead purchased the house in 1894 and owned it until 1930. In 1974, the house was placed onto the National Register of Historic Places and became a National Historic Landmark. The Minnesota Association of Co-Operatives turned it into a museum and gave it to the city of Granite Falls in 1979.

Andrew J. Volstead, who served as a U.S. representative from Minnesota, born on Oct. 31, 1860 in Holden Township. According to “We Give you Kenyon,” his family came to the area in 1855. The Volstead family — also spelled as Vrolstad, Wrolstad, Voland and Volstead — dates back to Thorbjorn E. Wralllstad, who arrived the same year as Ole Olson Huseth to settle in Holden Township.

Volstead attended public schools in the district and attended St. Olaf College in Northfield. After graduating from the Decorah Institute in Iowa where he studied law, he moved to Wisconsin. Later, Volstead lived in Granite Falls, until his death Jan. 20, 1947. He gained national recognition with the Volstead Act, which provided for the enforcement of national prohibition against the manufacture, sale and distribution of liquor.

Bengtson hopes to continue traveling to different areas to preserve this important piece of history.

He already has gathered up a lot of information about Volstead, but he believes that he has only scratched the surface.

“This experience has been a lot of fun, I have enjoyed it immensely,” said Bengtson. “If you would ask me if I would do it again, at the drop of a dime, you bet I would do it again. People are pretty amazed to see me dressed up like Volstead, I think they enjoy it.”

Although Volstead was treated harshly and received a lot of hate mail because of his association with prohibition. But that’s undeserved, says Bengtson, who says the bill essentially was dropped in Volstead’s lap. The people in Granite Falls looked out for Volstead, often telling reporters that he was on the other end of town, when he was simply sitting in his house.

For Bengtson, his experience in Kenyon means more to him than dressing up as a historical figure.

He is able to share history with other people and that is something worth continuing.

“If we lose our history and don’t pass it on, it is gone forever. The fact that we are trying to bring more back into Volstead’s house to make it more realistic proves this point,” he said. If the house would have been neglected, leading to it being torn down years later, Volstead would be gone forever. History ties the past with the present and shoots it into the future.”

The Andrew J. Volstead House Museum is open to the public Thursday and Friday from 1 to 5 p.m. and Saturday from 11 a.m. to 4 p.m. The House is located on 163 Ninth Ave. in Granite Falls.

One upcoming event held on Dec. 5, is Repeal Day. Celebrate the complete end of Prohibition in 1933. Tour Volstead's home then drink a toast to Andrew Volstead.