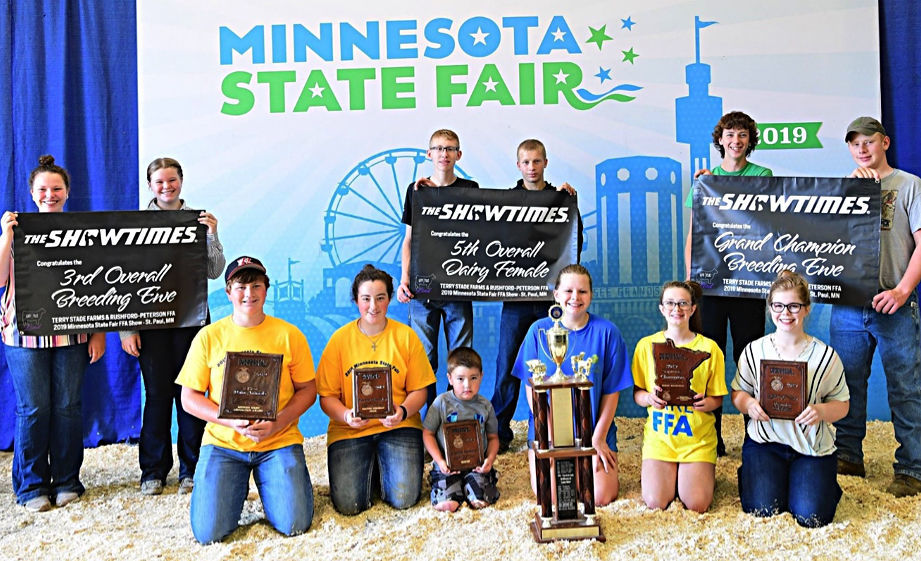 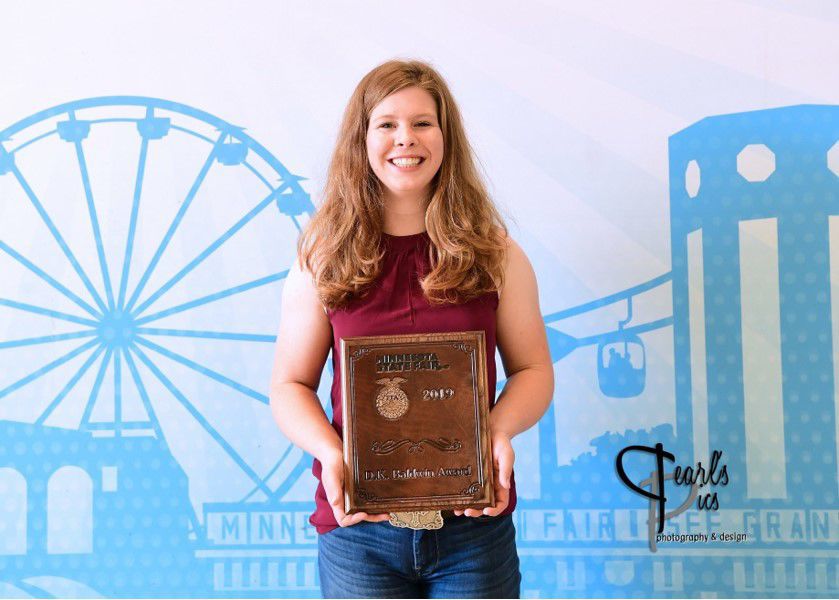 Members of the Kenyon-Wanamingo FFA chapter took their exhibit animals in dairy, swine, sheep, beef and meat goats to the Minnesota State Fair FFA show on the last four days of the 2019 state fair and came home with many awards.

The two most prestigious awards in the state fair FFA show are the Premier Exhibitor award given to the chapter with the most points earned for their overall exhibit at the fair. Chapters need to show in at least four of the five species to earn points toward this championship. The K-W FFA members had exhibits in all five areas and were able to bring home the award for the third straight year.

The other top honor is an individual award for the top FFA senior division and is known as the Douglas K. Baldwin award. The member who wins this award must exhibit the qualities of leadership, work ethic, helpfulness and agricultural promotion as well as being actively involved with the showing of livestock throughout their FFA career.

This year, Madeline Patterson, daughter of Mike and Rebekah Patterson, of rural Kenyon ,was the recipient. She joins eight other former members from our school district that have won this award.

“We have a great tradition in our area of raising and showing some of the best livestock in the state.” said FFA Advisor Chuck Larson. “The awards and honors won by our chapter are a direct result of the quality of our farming community and the commitment these members and families throughout the year. I am extremely pleased with this year’s results”

Along with the two top awards, K-W members have took other species awards, including

Along with many class champions and place winners.