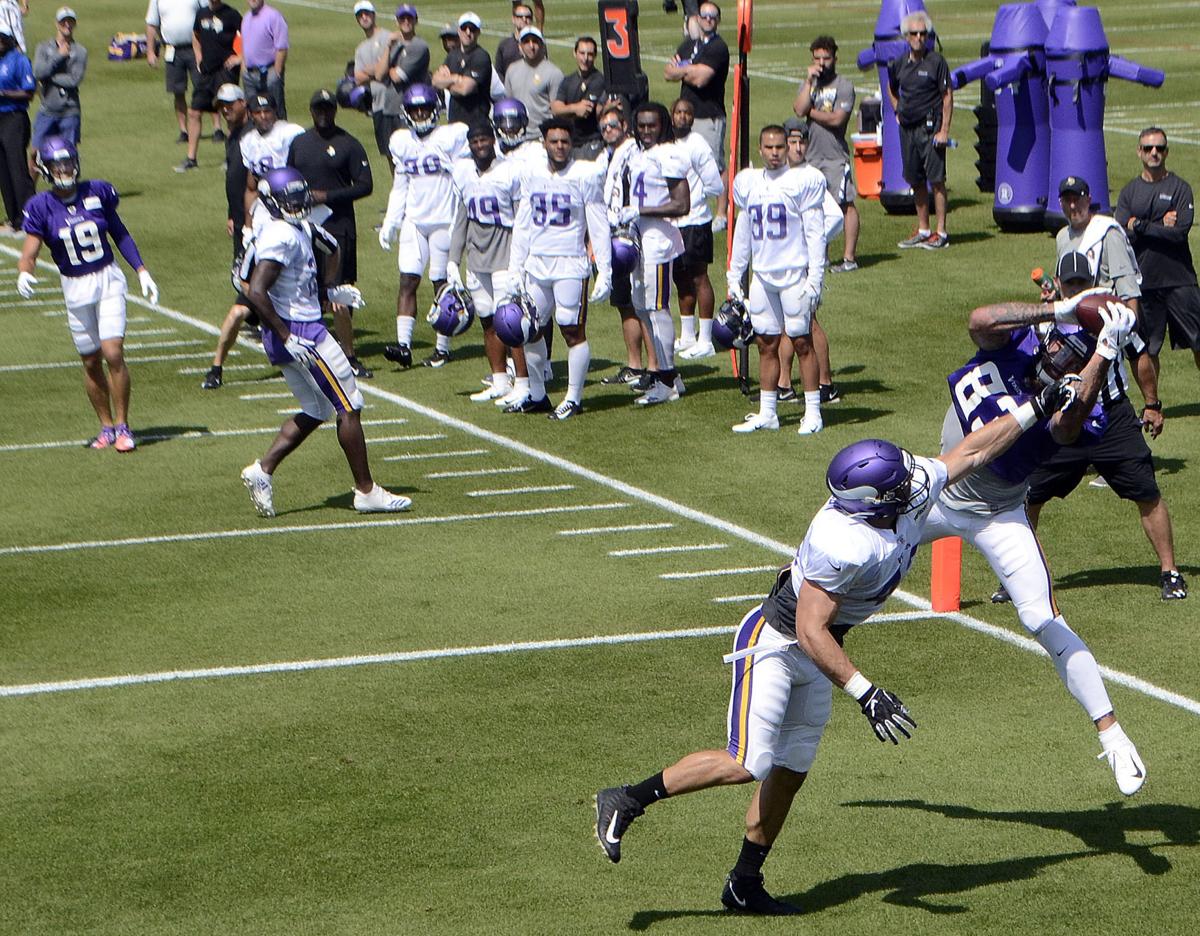 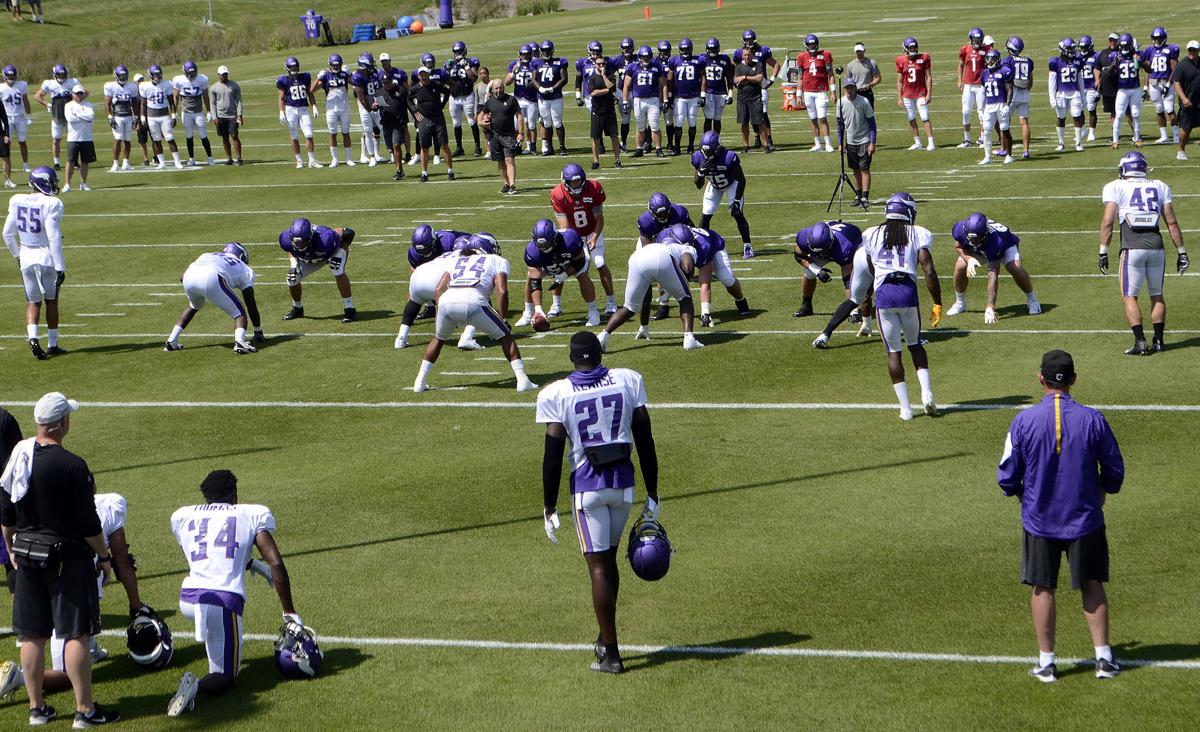 Most of the Vikings’ No. 1 offense lines up against the No. 1 defense during training camp July 31. (Pat Beck/St. Peter Herald) 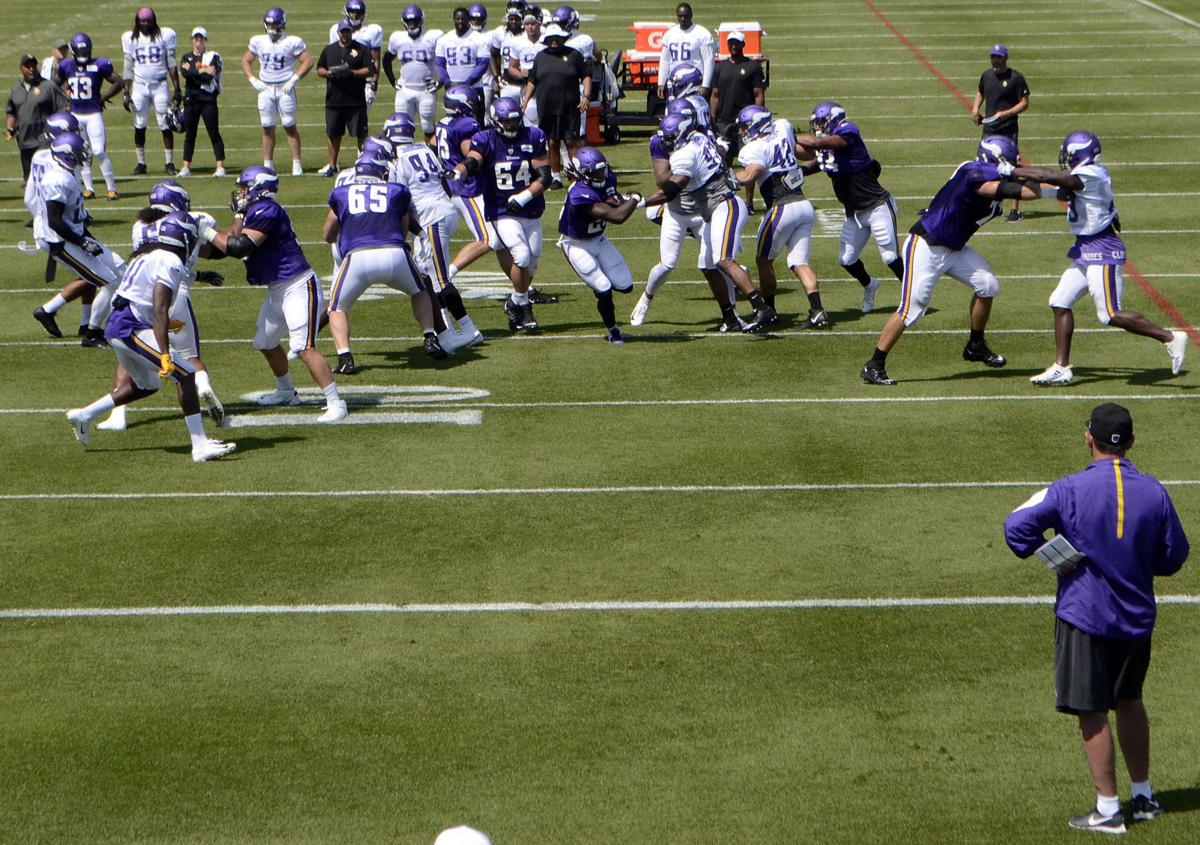 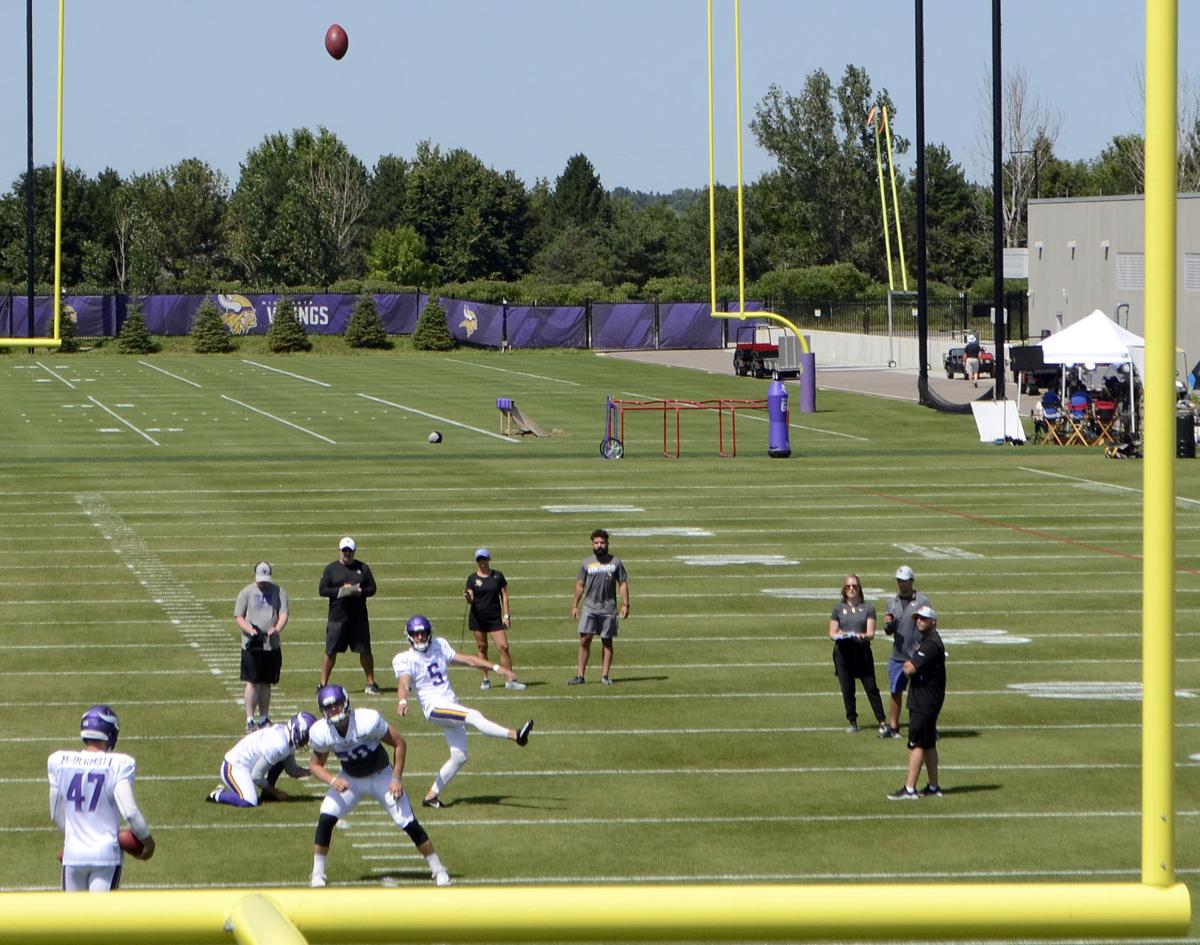 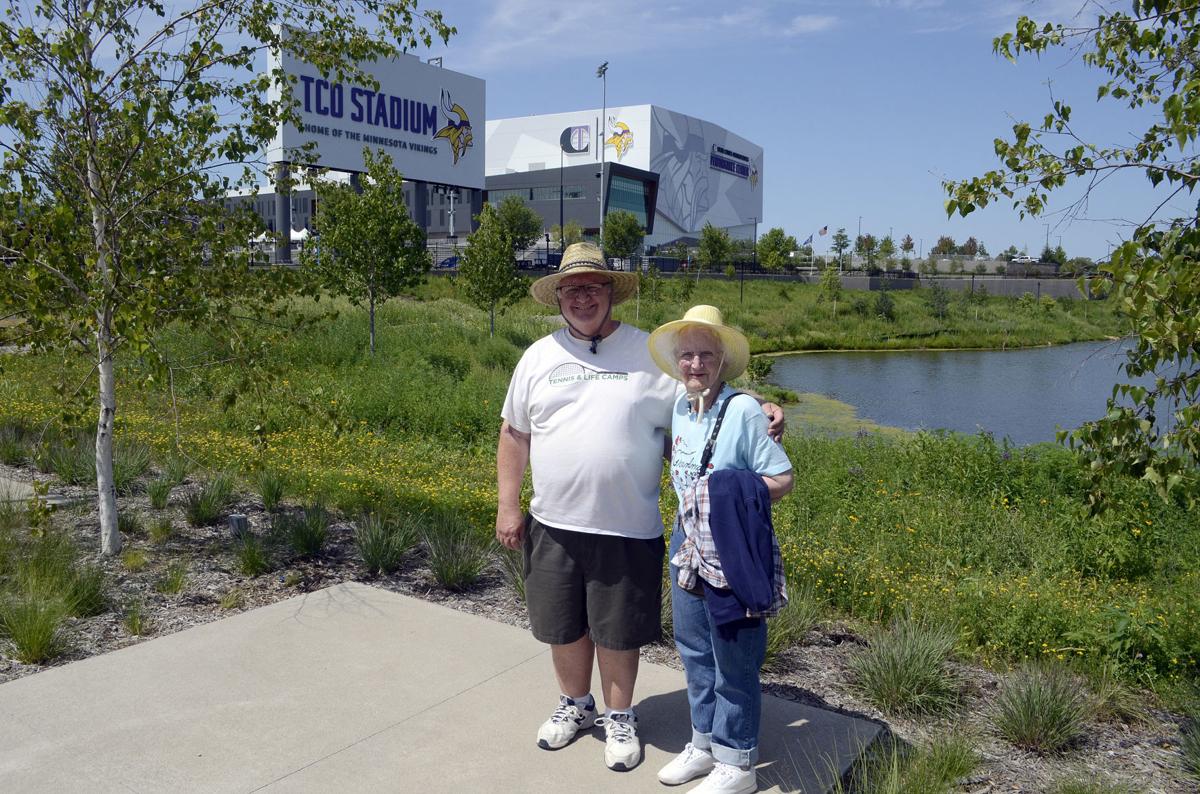 Most of the Vikings’ No. 1 offense lines up against the No. 1 defense during training camp July 31. (Pat Beck/St. Peter Herald)

My mom, my brother and I are fortunate that we are handicapped.

Because my mom is 91, my brother has an injured back, and I’m having knee replacement surgery Aug. 2, we got front row seats in a crowd of 4,000 people at the 2019 Verizon Vikings Training Camp July 31.

But this year I decided to go mostly as a fan, although I took photos from the general admission seats instead of on the field where I used to at Minnesota State. I could only use a short, 18 to 55 MM lens, because my long, 80 to 200 MM lens, was not allowed.

Despite being in the end-zone stands, we had a great view of the action, especially when the Vikings set up for an end-zone offense 20 yards from the goal line.

We could vividly see every catch by starting wide receivers Adam Thielen and Stefon Diggs, tight end Kyle Rudolph, among others.

We also saw starting running back Dalvin Cook and others burst through holes. Hopefully they will remain open during the regular season. The Vikings have added strength to the offensive line including right guard John Kline from Tennessee and center Garrett Bradbury, No. 1 draft choice (18th overall), from North Carolina State.

There was spirited play as the offense celebrated with high-fives when they scored touchdowns, and the defense provided close pass coverage which usually limited the running yardage. There is no tackling. It looked more like touch football, where the play is stopped when the ball carrier is touched. But the blocking seemed like a normal game.

We also enjoyed the positioning drills.

My brother especially enjoyed the automatic kicking machine which was used for kick and punt return practice. The returners included Ameer Abdullah and Holton Hill, who is suspended for the first eight games but can practice and play in preseason games.

I liked watching the defensive backs and linebackers defending against the receivers as well as the kickoff return double-team blocking and the kicking, all of which was done by returning starter Dan Bailey, with holder Matt Wile, a punter. The stadium has three football fields which allow many different drills to be performed at the same time.

The Vikings’ No. 1 offense, led by quarterback Kirk Cousins, and the No. 1 defense, led by safety Harrison Smith, linebacker Anthony Barr, Eric Kendricks, among others, looked very good. The Vikings also ran No. 2 and 3 offenses and defenses against each other with three other quarterbacks, Kyle Sloter, Jake Browning and Sean Mannion.

Daily fan attendance is capped at 5,000. Up to 4,000 free daily tickets (seating and standing room) are available but must be reserved in advance. Some dates are full. Fans can reserve up to four digital tickets for a maximum of two days.

Digital parking passes are $10 each, per day, in advance and can be purchased when reserving tickets. Fans who do not reserve parking in advance can pay $20 upon arrival. Rideshare drop-off and pickup location is now in the southwest corner of the Northland Ford Dealers Lot, located immediately southeast of TCO Performance Center at Vikings Parkway and Ames Crossing.

My mom, brother and I appreciated the ride in the golf cart around the massive main parking lot to the front gate. From there we walked about a quarter-mile up stairs/handicapped ramps. Afterward, I noticed there is an ADA (Americans With Disabilities) parking ramp just outside the stadium, but it was worth the walk and good exercise.

I’d recommend going to training camp at least once to experience the practice and to see the facilities which include the Twin Cities Orthopedics Performance Center, the Vikings Museum and Kids Zone Vikings Kids Club.