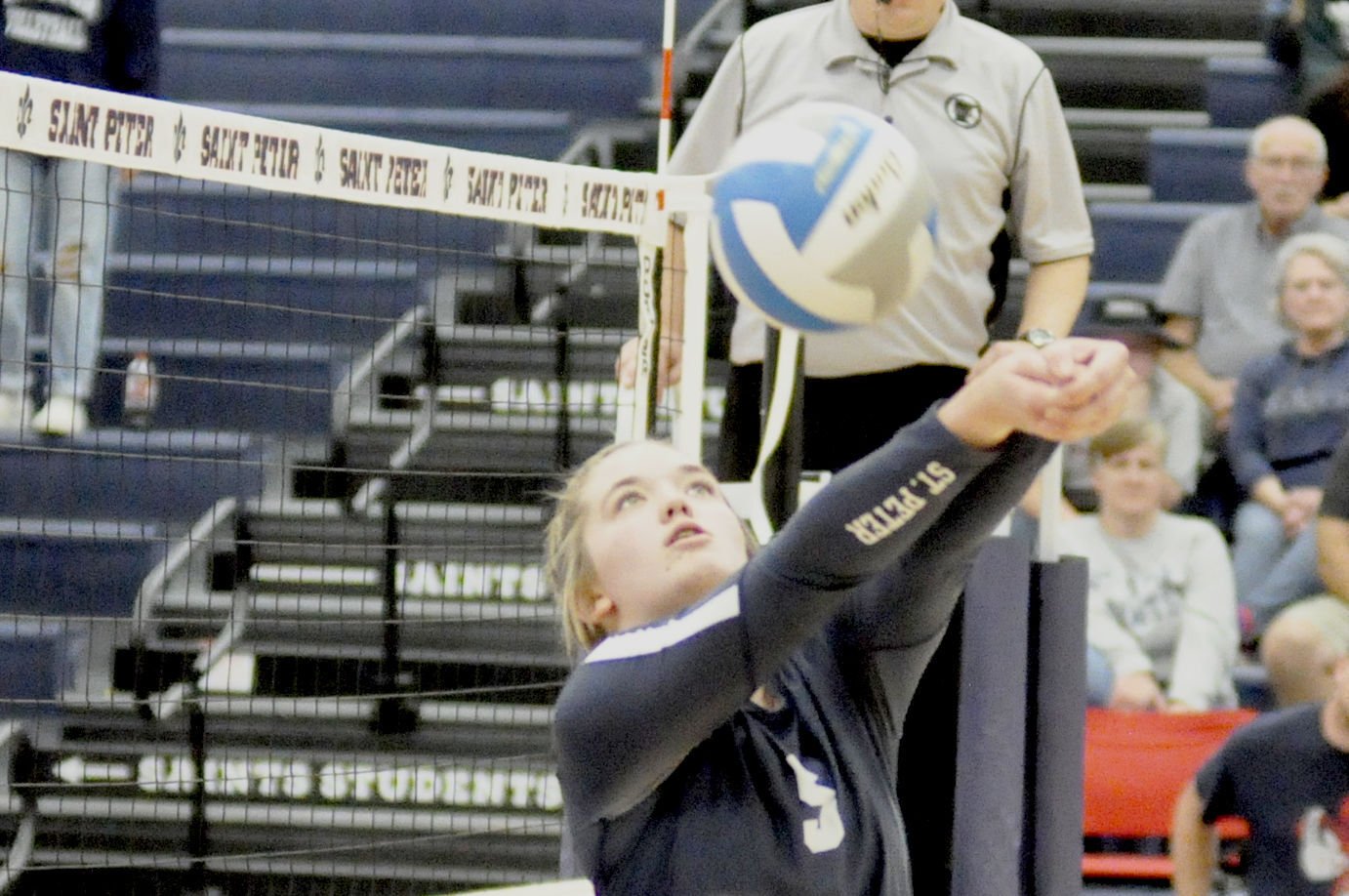 Abby Maloney bumps a ball over the net. (Ben Camp/Southernminn.com) 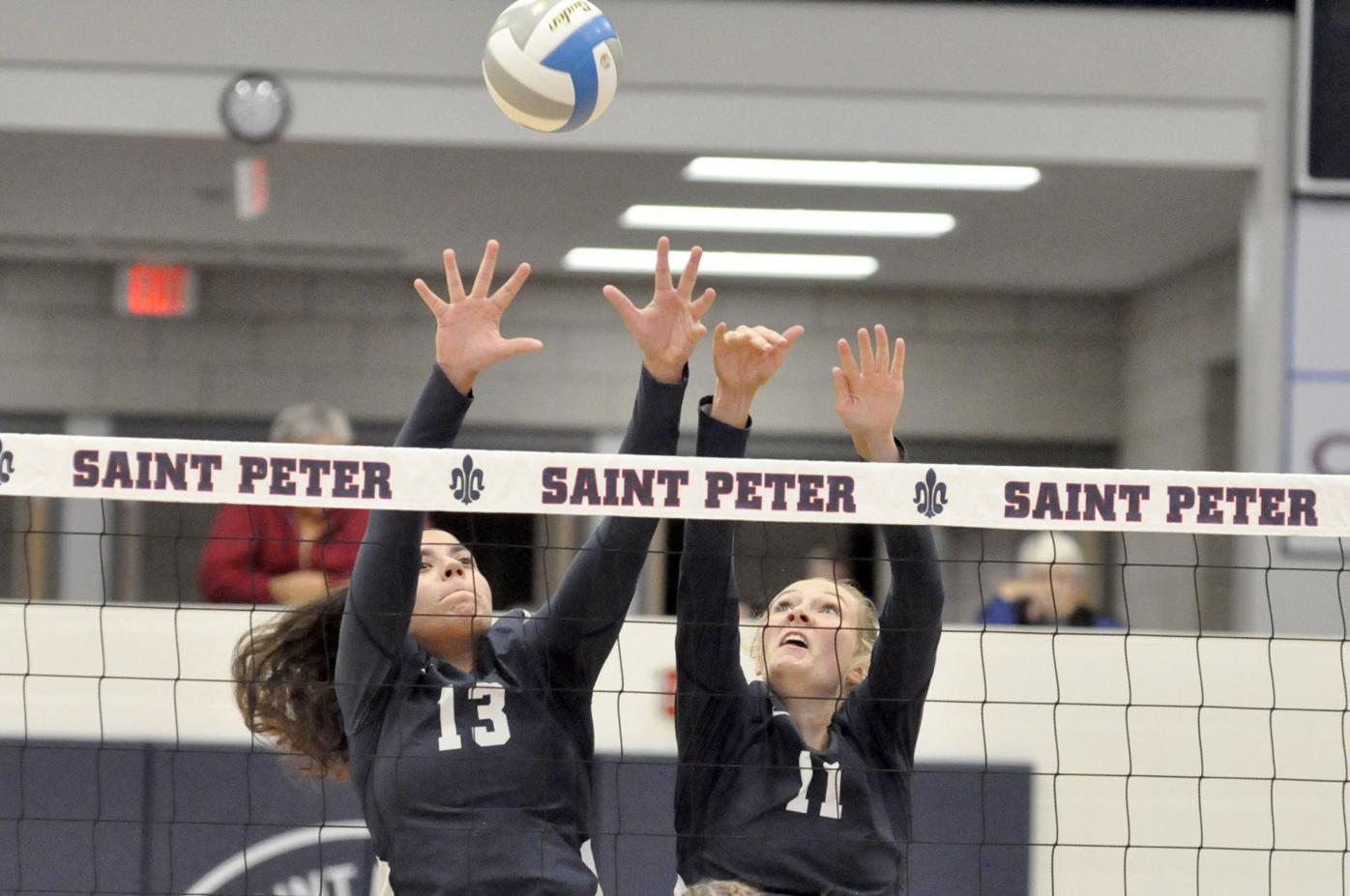 Lilly Ruffin and Dani Johnson get up high to create the block. (Ben Camp/Southernminn.com) 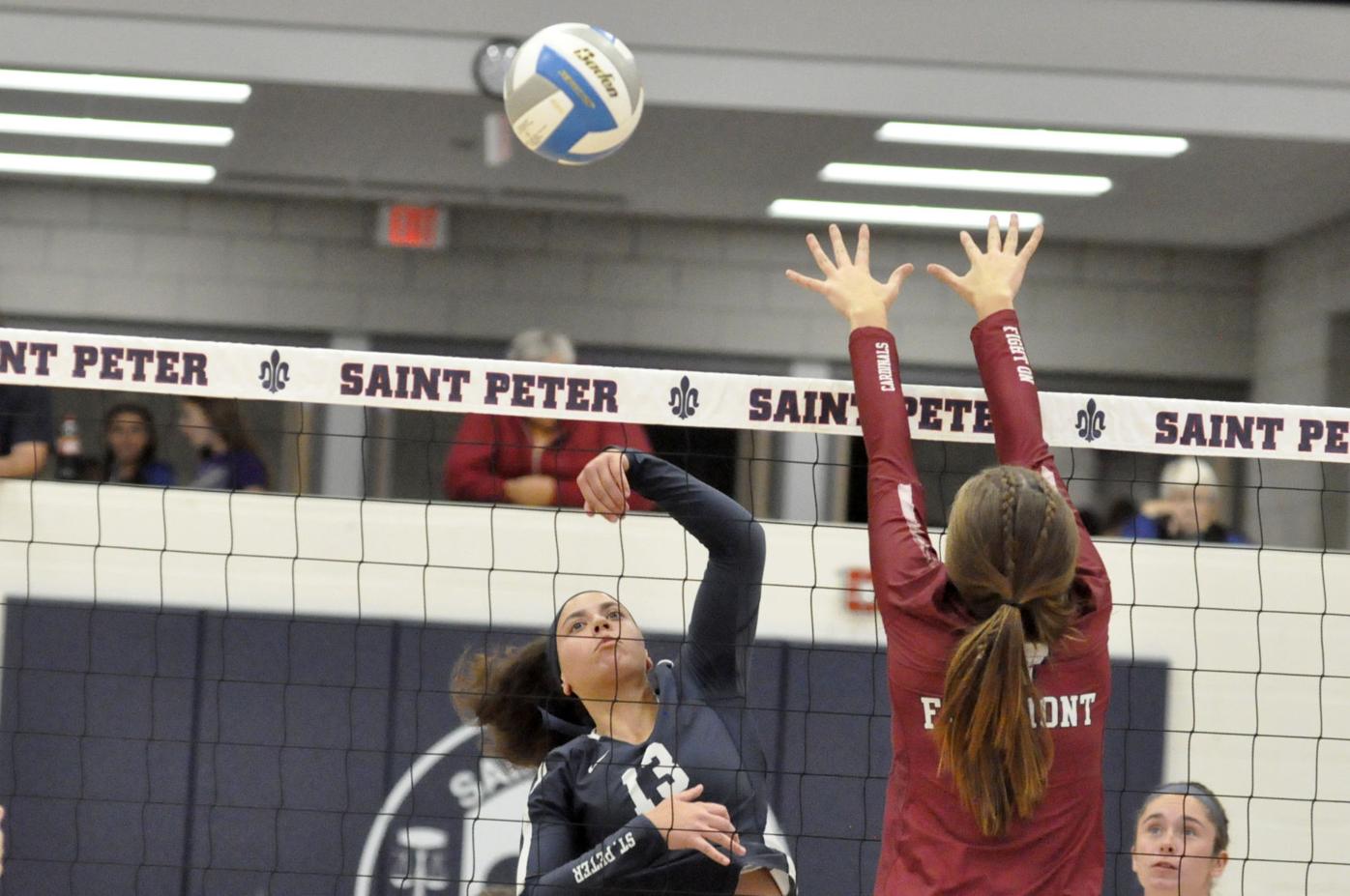 Lilly Ruffin rises up to send an attack at the Cardinals. (Ben Camp/Southernminn.com) 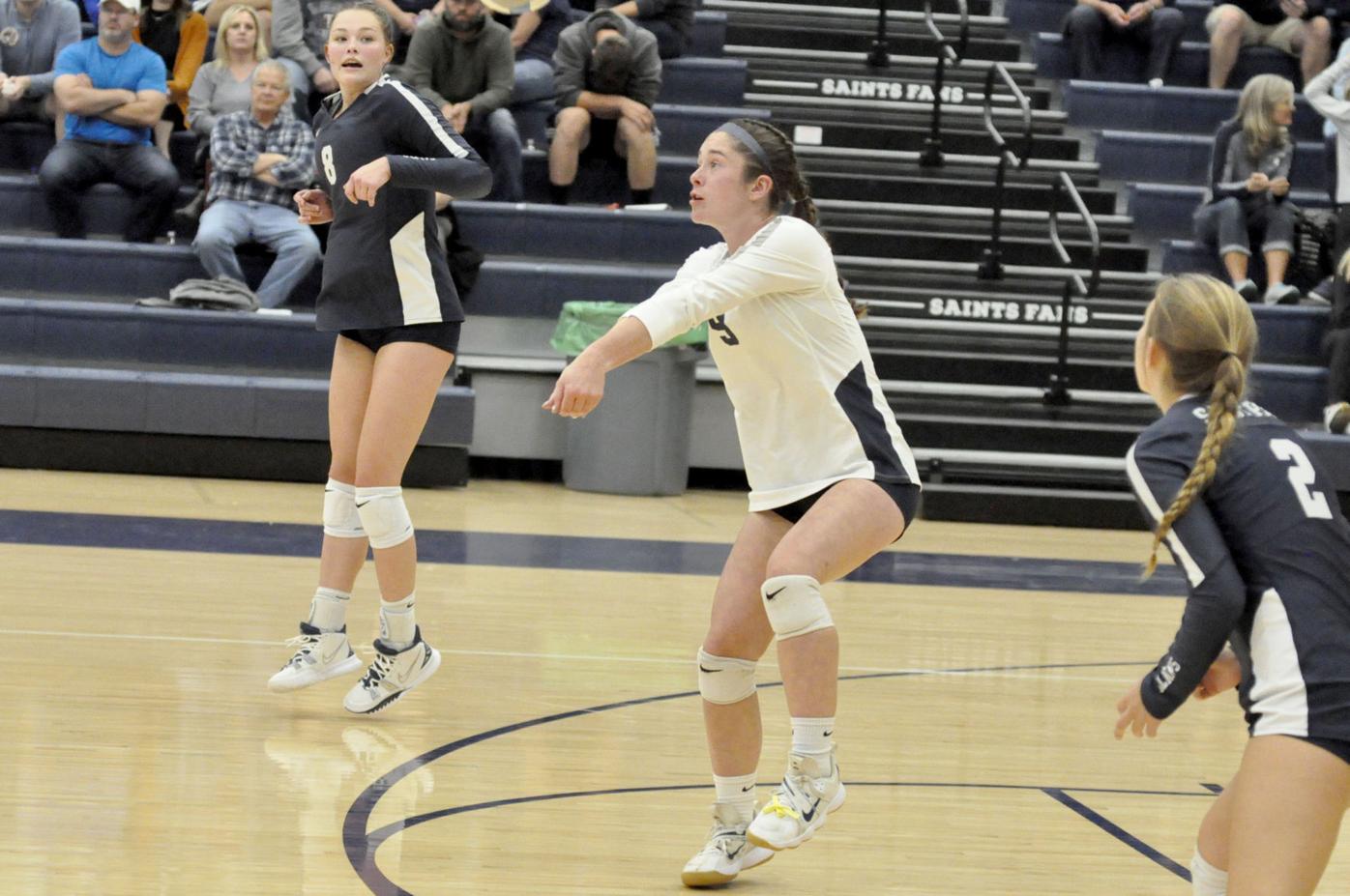 Before the match, teammates read letters to the seniors sharing how they have been impacted by the group which includes, right-side hitter Brooke Rehnelt, libero Mckenna Van Zee, middle hitter Danielle Johnson, setter and outside hitter Grace Remmert, right side hitter Lilly Ruffin, outside hitter Mackenzie Pettis and setter Mallory Hartfiel.

St. Peter wasted no time setting the tone as the Saints jumped out to a 10-5 lead in the early going. They would outscore the Cardinals 15-9 from that point to take the first set.

The second set was the tightest as Fairmont attempted to get back into the match, but after falling 25-23 the third set quickly went to St. Peter 25-14.

Remmert finished the match with a team-high 18 assists while adding 11 digs and four kills as well as 13 service points.

Kylee Horner led the way with 10 kills with Ruffin and Johnson each recording seven. Van Zee led the team with 17 digs while Pettis had 12 and Johnson added 11.