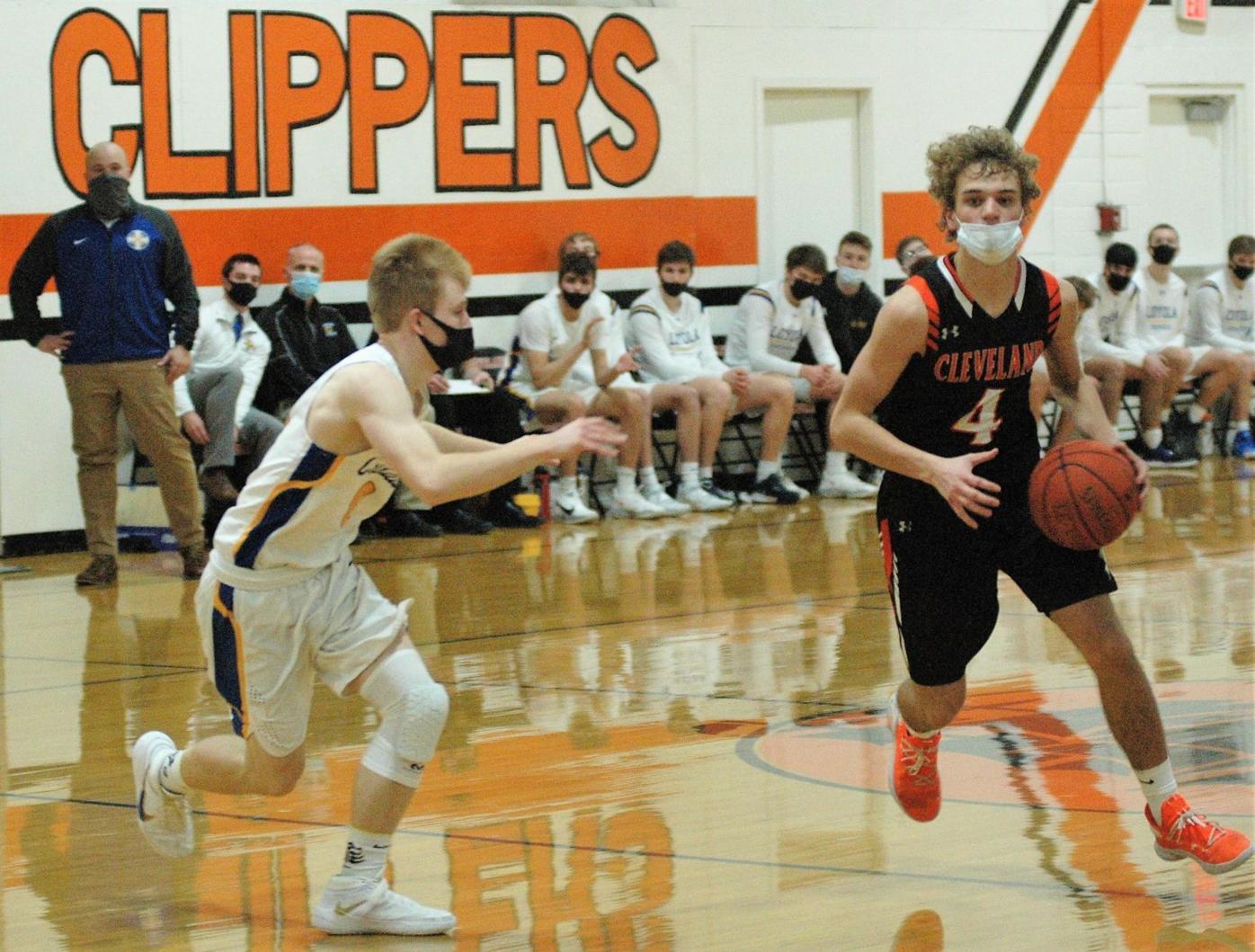 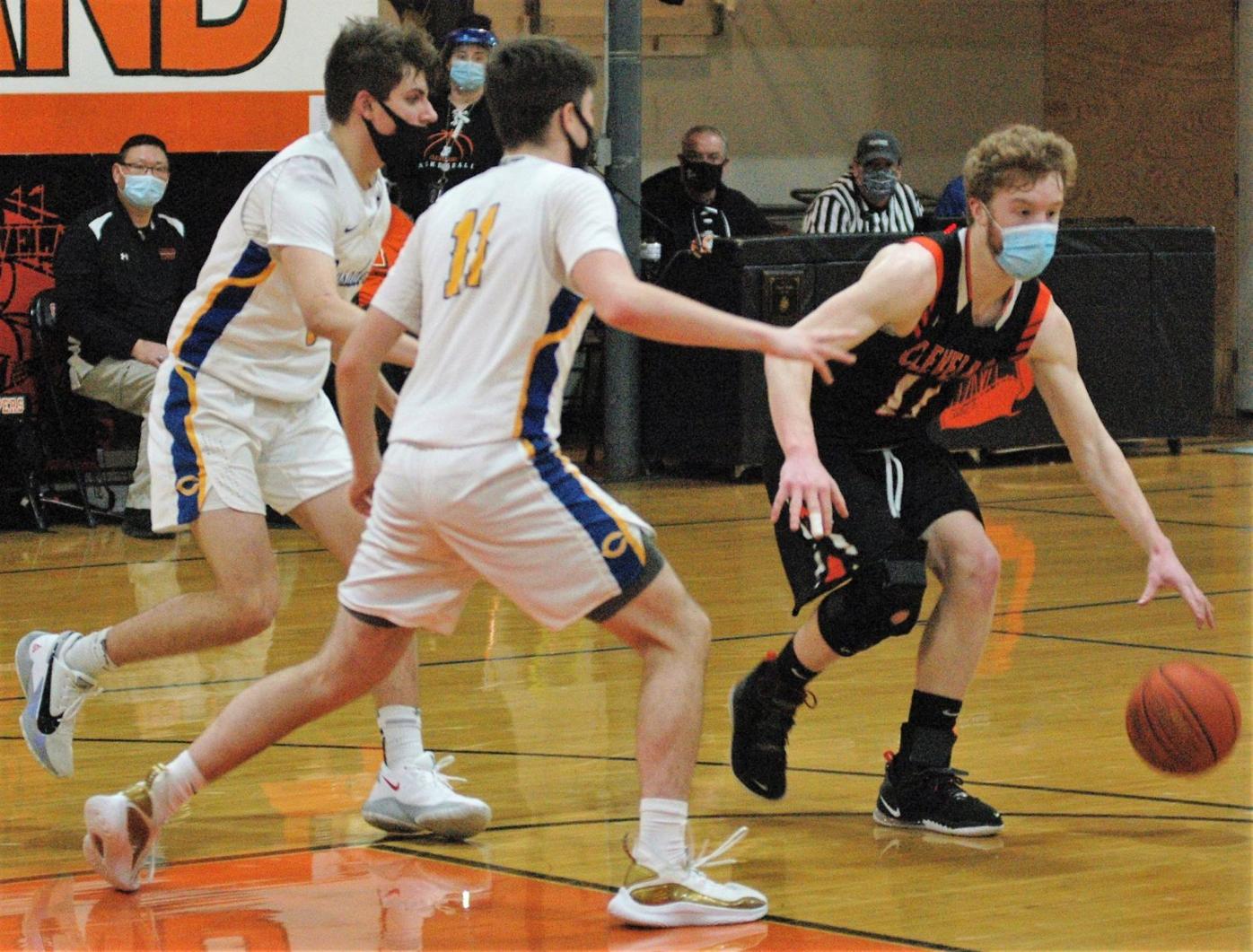 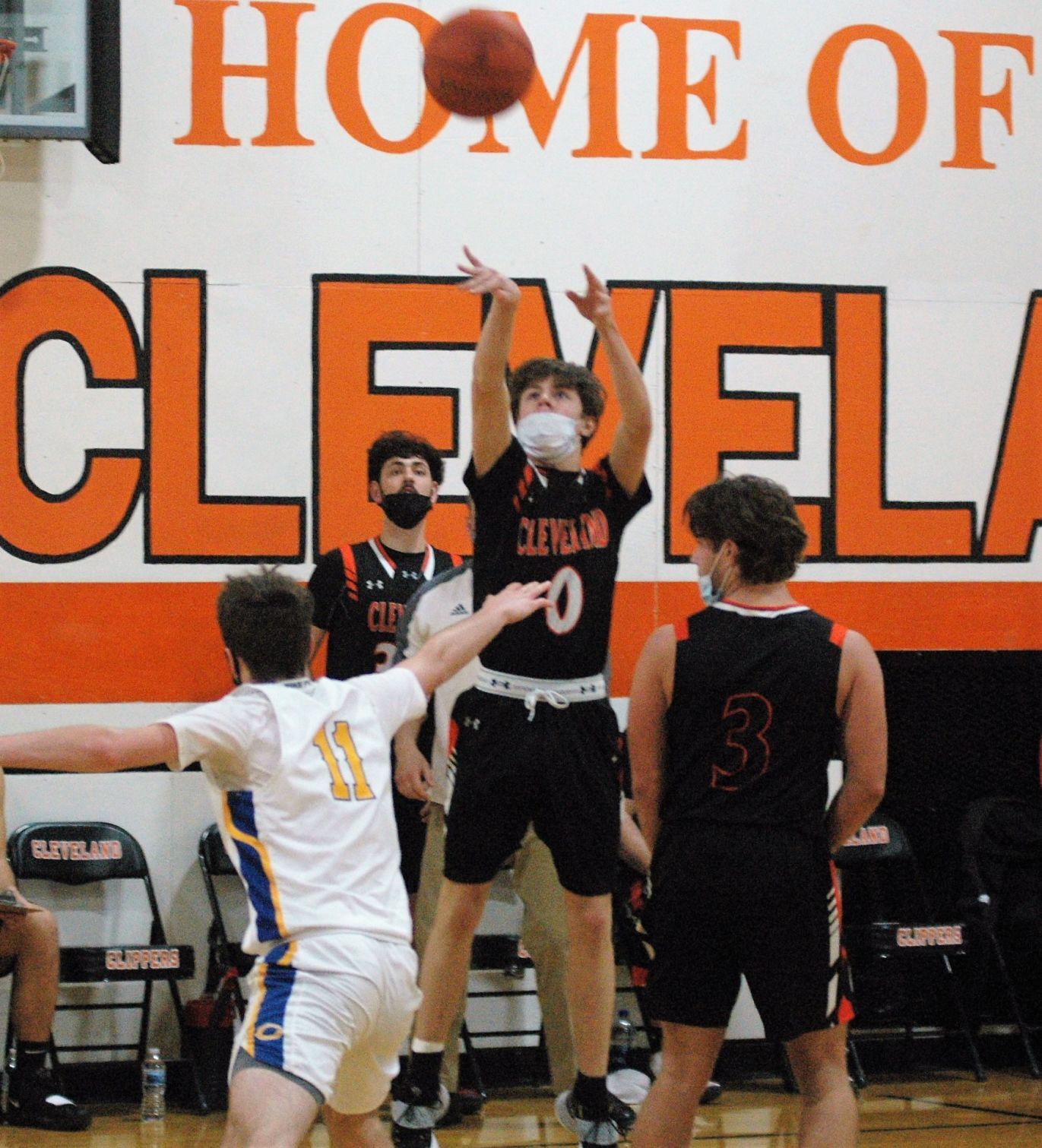 Senior center Ben Holden, who scored a game high 23 points, delivered the two game-winning free throws with 3.3 seconds remaining to move Cleveland to 10-1 overall and 8-1 in the conference, while Loyola dropped to 10-2 and 8-2. St. Clair, who Cleveland travels to on Friday, also is in the running for the conference title at 8-2, 6-2. Both teams are in the top 10 in the Minnesota Basketball News state Class A rankings with Cleveland No. 5 and Loyola No. 6.

The Clippers made 17 of 21 free throws, while the Crusaders made 8 of 10. Holden hit 11 of 12 free throws and grabbed 15 rebounds for a double-double.

"Ben kind of holds down the fort down there for us," Cleveland head coach Dan Fredrickson said. "He erases a lot of mistakes. If we're shooting a 3, and he's down there, it's a good chance that he's got a good chance for a put back and 3-point play. He got some of those tonight. He kept a lot of balls alive."

"Isaac really took over deep in the second half with some of those dribble drives," Fredrickson said. "Loyola is hard to guard. I was proud of the effort our kids played tonight."

It was back and forth the entire game as Holden made a put back to give the Clippers a 17-14 lead with 5 minutes to play in the first half.

But Loyola quickly tied it at 17 on a 3-point basket by senior guard Logan Carlson.

Cleveland went up 22-17 on a 3-pointer by McCabe with 3 minutes to play in the first half.

But the Crusaders came back to take a 24-22 lead on another 3-pointer by Carlson, who finished with 17 points.

A 3-pointer by Mueller put the Clippers back up 25-24 with 35 seconds left in the half.

Forward Simon Morgan, who led Loyola with 18 points, made a pair of free throws to give the lead back to the Crusaders 26-25 with 32 seconds left in the half.

Sullivan then hit a 3-point basket to give the lead back to Cleveland 28-26, and Mueller hit a lay-up to make it 30-26 Cleveland at halftime.

Loyola forged ahead by as much as seven points in the second half at 51-44 with 5:30 to play on a pair of free throws by Carlson.

But the Clippers slowly chipped away on an 8-0 run to take a 52-51 lead. Holden made two free throws to make it 51-46, Rohlfing's first basket in the lane made it 51-48, Mueller's two free throws, followed by a block by Holden and a lay-up by Mueller gave the Clippers the 52-51 lead with 3 minutes to play.

The Crusaders had a chance to tie it having the ball with 1:13 to play, but the Clippers stopped them.

Cleveland inbounded the ball with 29 seconds left, and Holden made a pair of free throws to clinch it 56-54.