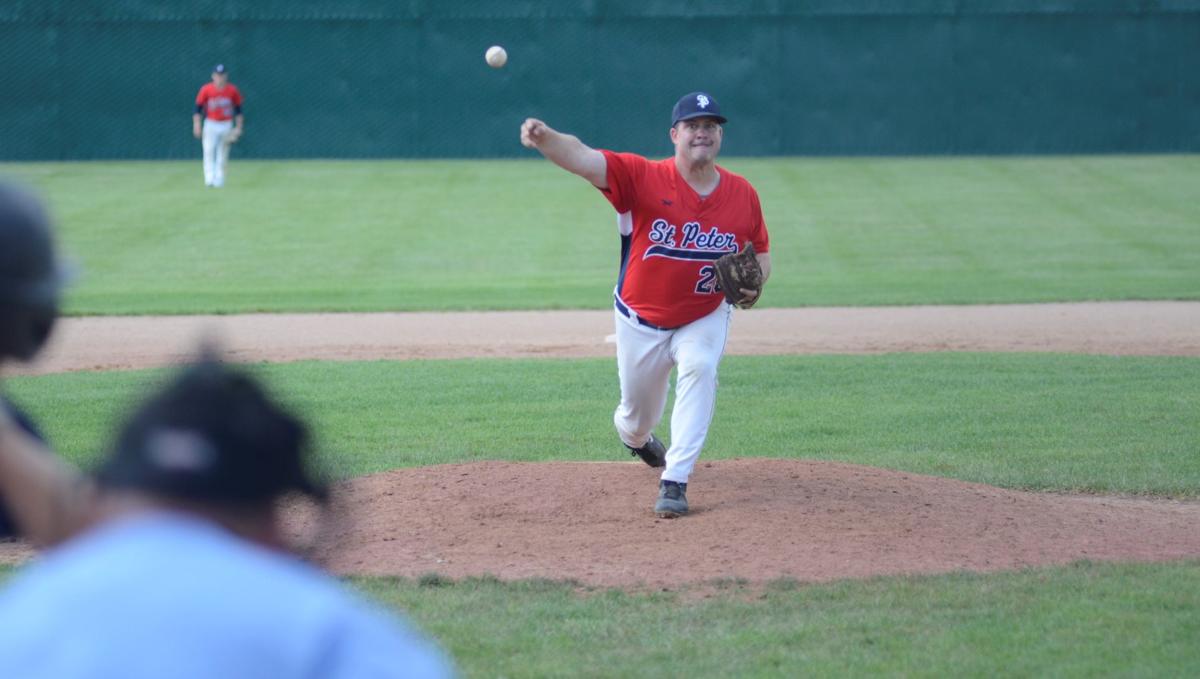 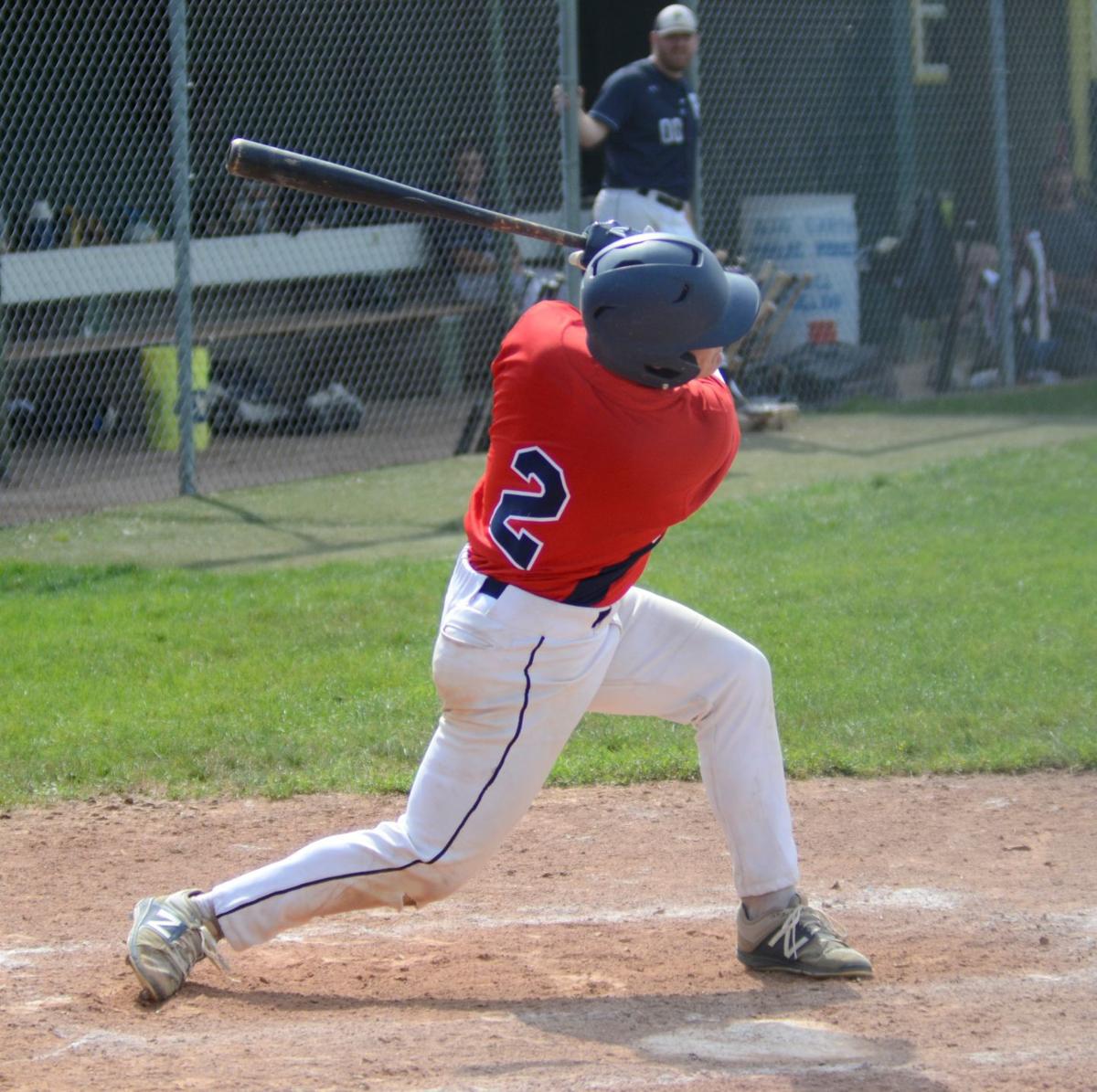 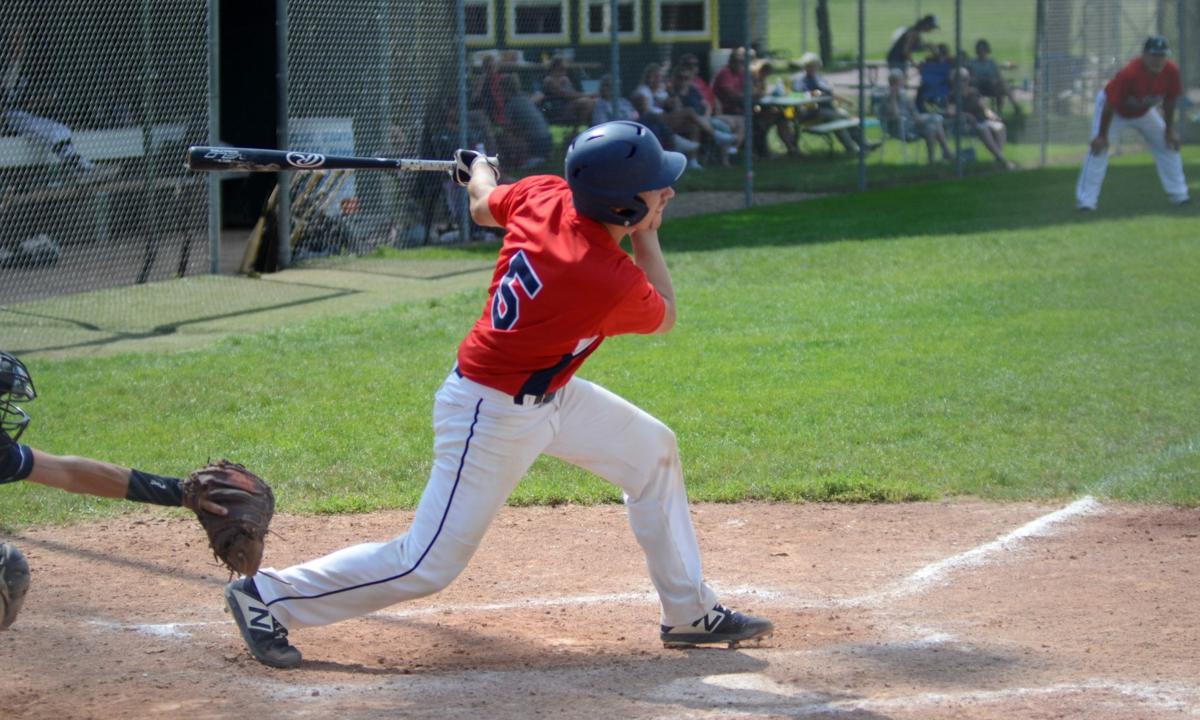 Sam Carlson took the loss for the Saints, tossing the first 3 and 2/3 innings. Veteran Jesse Anderson, just a day after going 8 innings on Saturday, tossed 4 1/3 scoreless innings to keep St. Peter in the game.

But the Pirates’ defense bailed them out of several innings, including an early bases-loaded jam in the third inning. With one out, Hunter Wilmes walked and consecutive singles by Sam Wenner and Andy Regner filled the bases. But a comebacker off the bat of the Saints’ Jovan Rodriguez to Blue Earth starting pitcher Garrett Anderson started a home to first double play to maintained the Pirates’ 1-0 lead.

It was the key moment in the game for the Saints. Blue Earth put two runs on the scoreboard in the third, then capitalized on a sloppy Saints defense for four more in the fourth inning to extend the Pirates’ lead to 7-0.

Anderson came in to keep the score there, but it was a steep hill to climb for a St. Peter offense which had mustered just three hits through seven innings.

The Saints finally got on the scoreboard in the eighth. Carlson led off with a double, then scored on a Hunter Wilmes RBI doulble. With one out, Andy Regner reached on the Pirates’ lone fielding error of the game to put runners on first and third. But an infield pop out and ground out ended another Saints scoring threat.

St. Peter made it a bit more interesting in the top of the ninth. Trailing 7-1, CJ Siewert walked and consecutive singles by Billy Hanson and Jeff Menk loaded the bases. Carlson’s ground out scored one run, and Wilmes added his second RBI of the game with a single to make it 7-3. But a game-ending double play wrapped things up and ended the Saints season at 14-11.

St. Peter’s 4-2 loss to state-bound Waterville made the Saints’ path through the loser’s bracket a tough one, considering Blue Earth moved there as well after a 1-0 first-round upset against Wells. The Pirates then just snuck by Gaylord 2-1 on Saturday and became the Saints’ Sunday opponent, forcing St. Peter to travel to Blue Earth, the No. 2 seed out of the 13/60 League.

The final state tournament berth remains up for grabs. Belle Plaine and Eagle Lake now moved into the loser’s bracket. In other elimination games, Morristown topped Wells 12-2 and Henderson nipped Janesville 5-4. Belle Plaine awaits the winner of those two. In the other side of the bracket, Blue Earth will take on St. Clair, which ended Minnesota Lake’s season with a 10-7 victory. Eagle Lake awaits the winner of the Blue Earth-St. Clair game.

The final state berth contest will be played Saturday, Aug. 10 at 4 p.m. as the tournament moves to Jordan’s Mini-Met for the last two games.