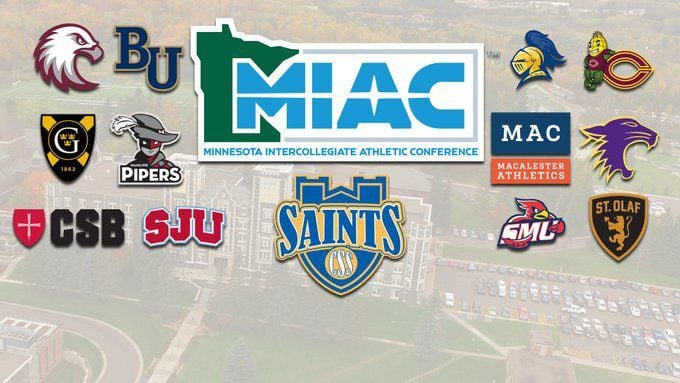 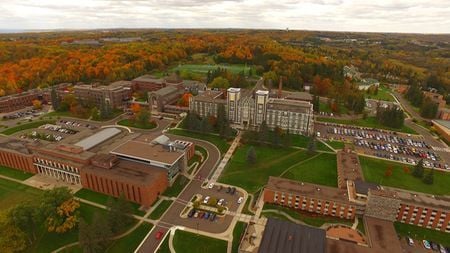 The College of St. Scholastica will become the MIAC’s 13th member in 2021.

The College of St. Scholastica will become the MIAC’s 13th member in 2021.

The College of St. Scholastica has been accepted as a new member of the Minnesota Intercollegiate Athletic Conference (MIAC), the conference announced Wednesday. The Saints will begin MIAC regular-season competition during the 2021-22 academic year.

The addition of St. Scholastica to the MIAC will coincide with Macalester College’s return to the conference in football and the league’s transition to a 10-team, two-division model for the sport.

“This is an exciting day as we welcome St. Scholastica to the MIAC,” said Rebecca Bergman, Gustavus Adolphus College president and chair of the MIAC Presidents’ Council. “St. Scholastica has a strong commitment to the NCAA Division III philosophy and shares the vision of quality athletics, academics, student-athlete well-being, and integrity that we value in the MIAC. The Saints have been a familiar opponent for many years and it is with great pleasure that we now welcome them as a conference member to begin this new chapter in MIAC history.”

Located in Duluth, St. Scholastica was founded in 1912. It has been a full member of the NCAA Division III Upper Midwest Athletic Conference (UMAC) since 1995 and the Northern Collegiate Hockey Association (NCHA) since 2013, claiming 210 regular-season conference championships and 106 postseason titles across 18 sports during that time. Saints teams have reached the NCAA Division III Tournament 57 times and CSS has qualified 66 individuals for NCAA Championship participation.

“We are delighted to join our Minnesota private college peers in the MIAC,” said St. Scholastica President Barbara McDonald. “This is a very good fit with our institutional values, and with the aspirations of Saints coaches, student-athletes, and fans. We look forward to sharing good sportsmanship and rigorous competition!”

Along with the addition of St. Scholastica to the conference, the 2021 football season will also signal the return of Macalester College to the MIAC. The Scots have competed independently and as part of the Midwest Conference in the sport over the last two decades after departing the MIAC in 2002.

With St. Scholastica and Macalester in the fold, the MIAC will transition to a two-division model for football beginning in 2021. The division names will stem from two of the MIAC’s primary colors, Northwoods Green and Skyline Silver. The Northwoods Division will consist of Carleton College, Gustavus Adolphus College, Saint John’s University, St. Olaf College, and The College of St. Scholastica. The Skyline Division will consist of Augsburg University, Bethel University, Concordia College, Hamline University and Macalester College.

“We’re pleased to be returning to the MIAC in football and believe these steps help position the conference for a sustainable future,” Macalester President Brian Rosenberg said.

Each MIAC team will play eight conference games, including four “in-division” games, three “crossover” games, and one “playoff” game. The final week of the regular season will function as “Championship Week,” wherein teams will be ranked 1-5 in each division based on the current season’s in-division games only. Each team will then match up with the corresponding seed in the other division for a “playoff” game. The winner of the contest between the two divisional leaders will receive the MIAC’s automatic qualifier to the NCAA Division III Football Playoffs.

“The MIAC has a long and storied tradition in the sport of football,” MIAC Commissioner Dan McKane said. “This divisional model will usher in a new era in MIAC football history and we look forward to the excitement that will bring to our institutions, rivalries, student-athletes, and fans.”

The approved 2021 MIAC Football schedule can be found here. Complete MIAC schedules for the 2021-22 academic year will be released over the summer.