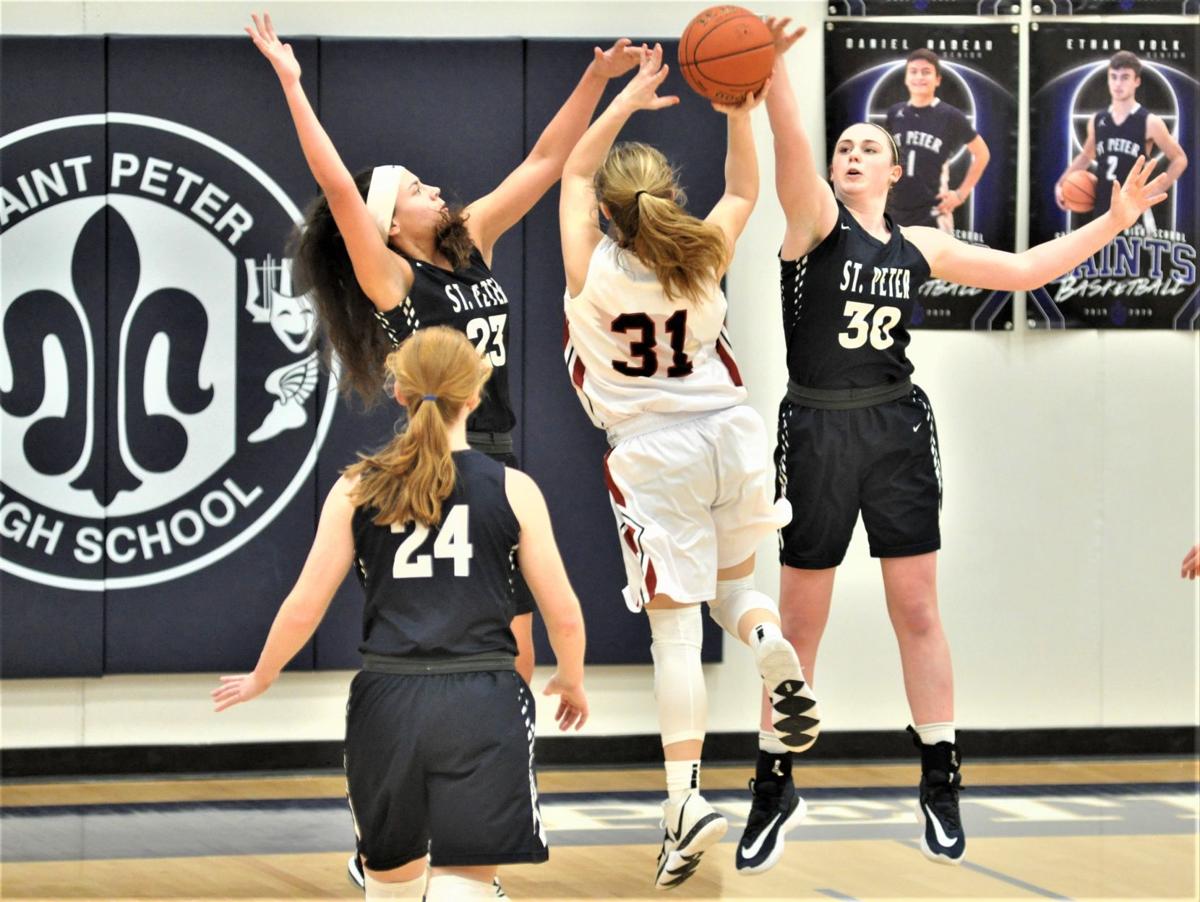 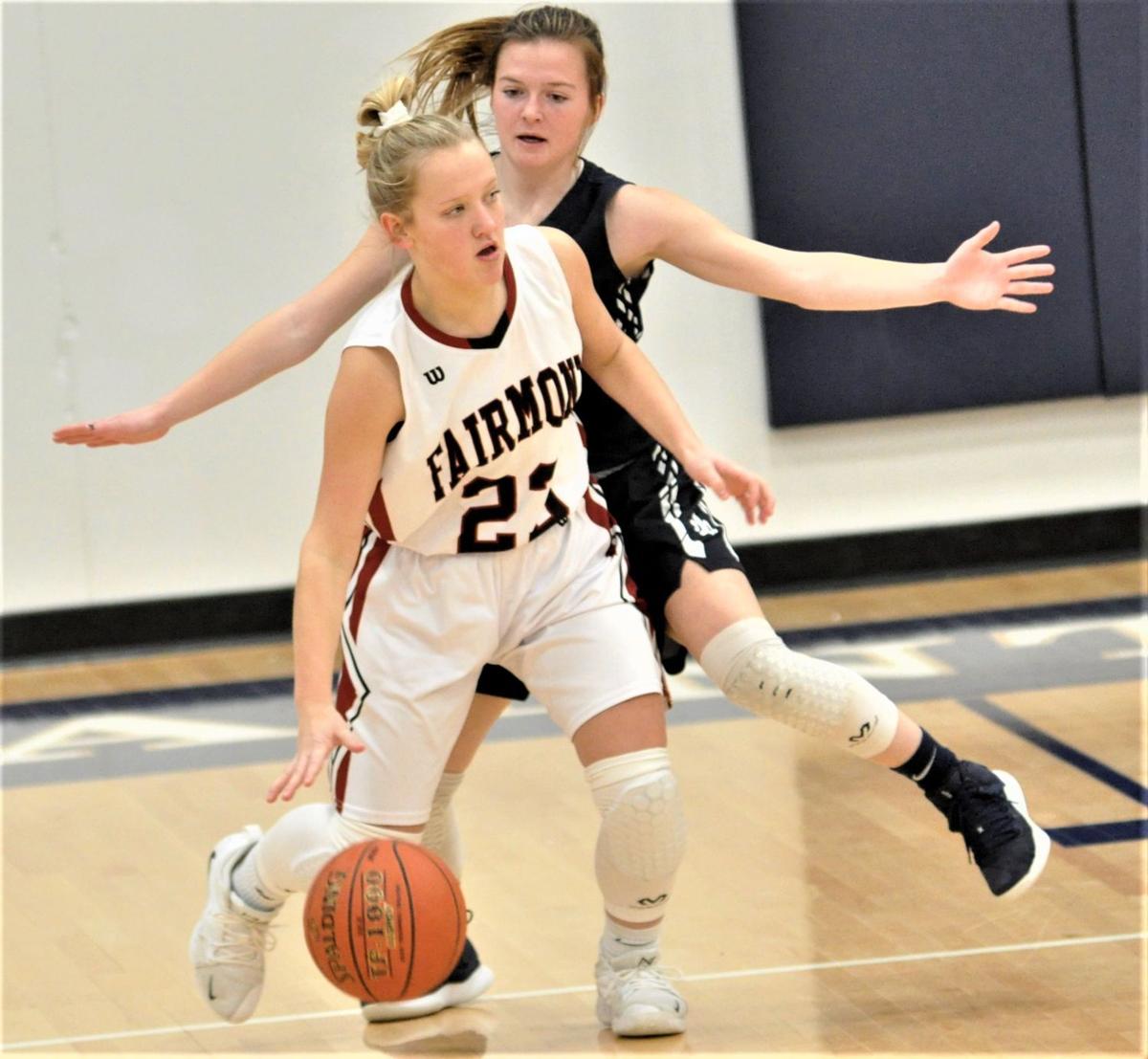 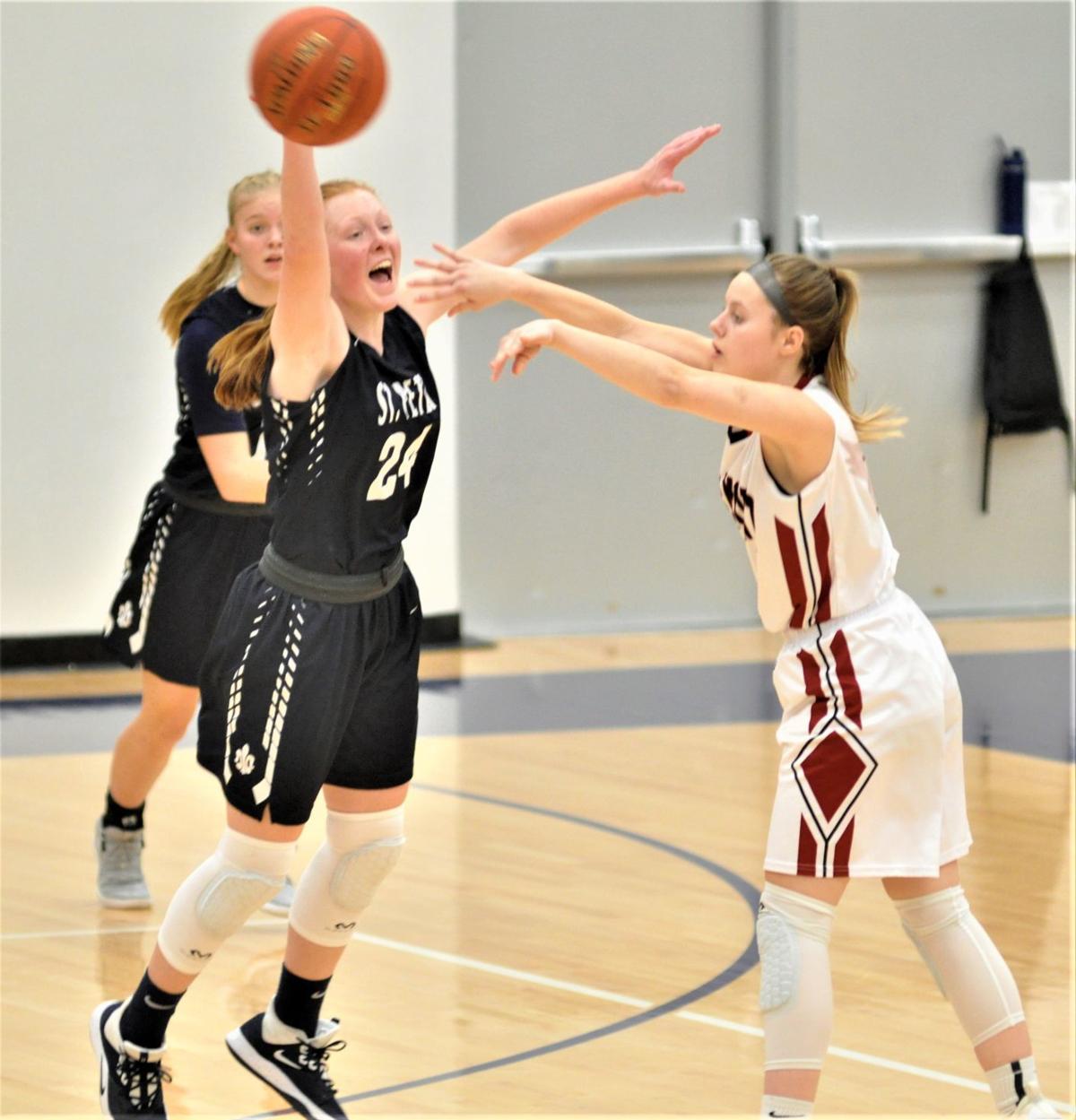 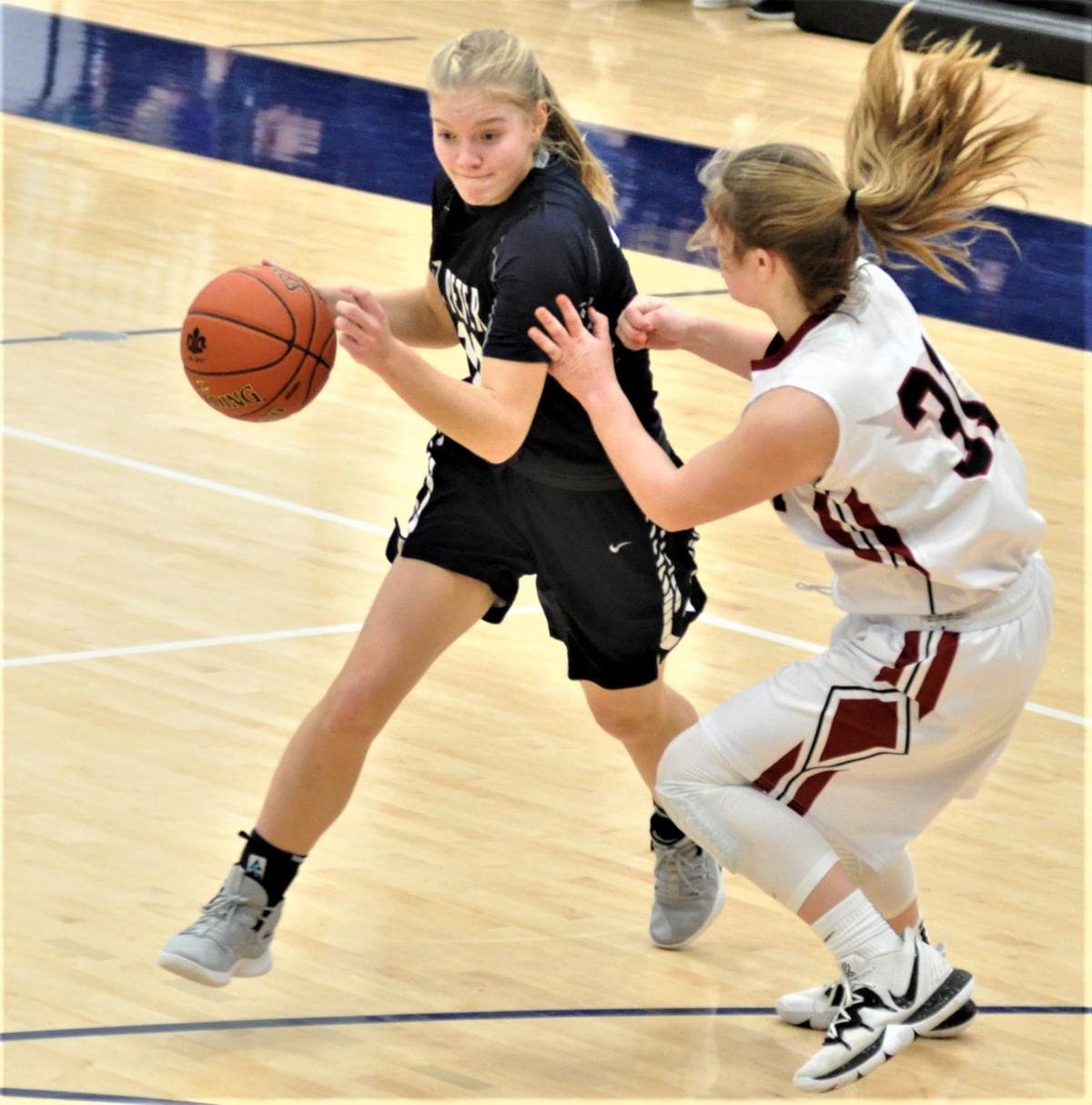 Rhyan Holmgren of St. Peter takes it to the hoop versus Cadee Becker of Fairmont. (Pat Beck/St. Peter Herald) 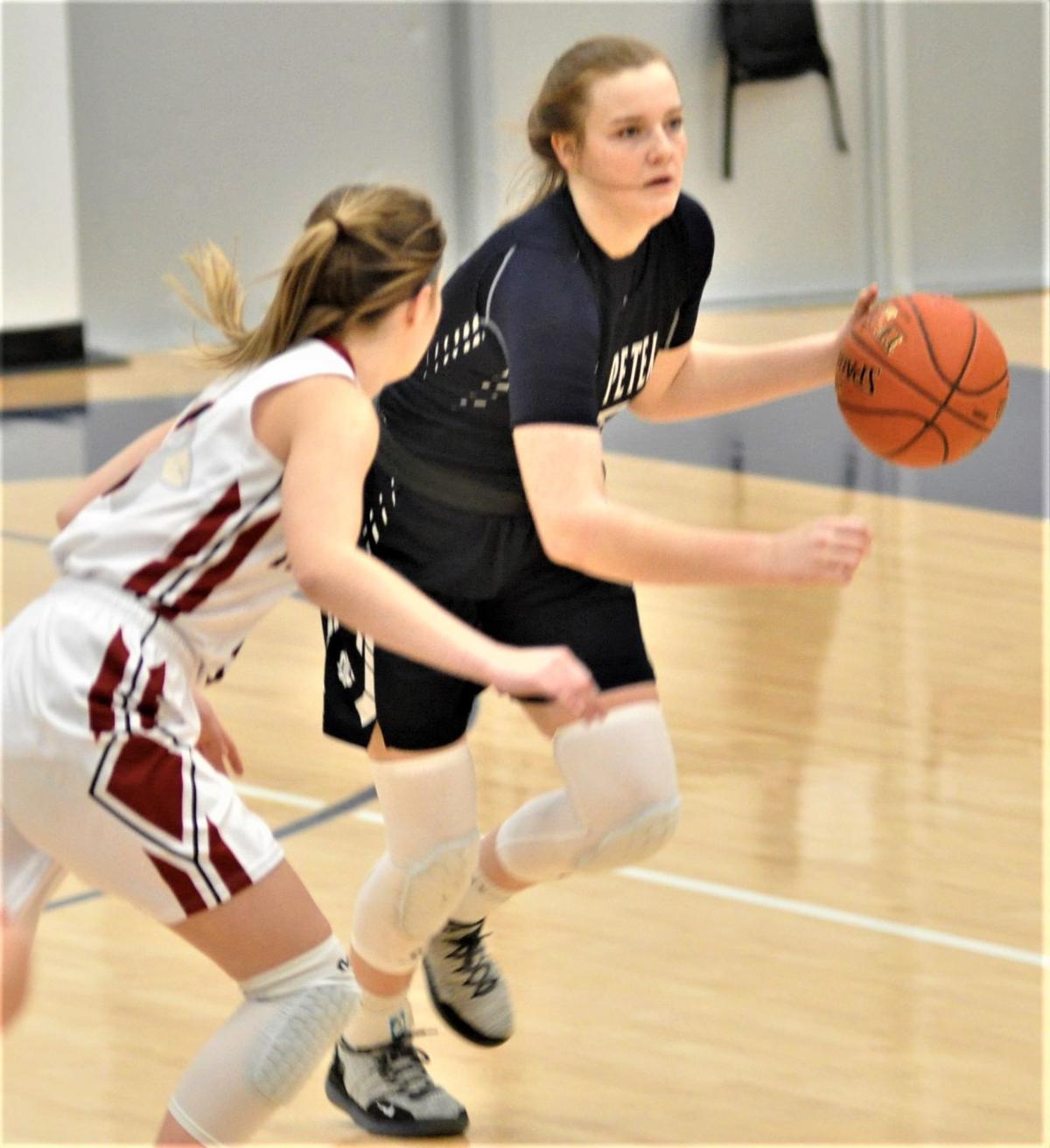 Rhyan Holmgren of St. Peter takes it to the hoop versus Cadee Becker of Fairmont. (Pat Beck/St. Peter Herald)

Maddie More suffered an ankle injury midway through the first half, was on crutches and went for x-rays. Rhyan Holmgren injured her knee late in the second half, and “the trainer said she’s fine,” St. Peter coach Bob Southworth said. “Her knee buckled a little bit.”

“It seemed like we were running the trainer to everybody,” Southworth said. “Katie Petersen rolled her ankle the last game, so she’s going to be out a few weeks.”

“Josie shot the ball well tonight,” Southworth said. “That opened up a lot of other things. Sarah got going later in the second half. There were spurts on offense where we had some movement to get more open shots.”

“Defensively I though we played well. We made them shoot contested shots. We ran them off the 3-point line, which was one of our goals. We did not give them any open 3-pointers.”

Both teams had 37 rebounds. Lilly Ruffin paced the Saints with eight rebounds and two blocked shots.

“I don’t think we rebounded the ball well enough,” Southworth said. “Fairmont did a good job. They had 18 offensive rebounds.”

“That was a good game for us to keep our position in the conference,” Southworth said of the Saints who are second behind Waseca. Fairmont is third.

“That will be a big section game for us,” Southworth said. “That will be a tough game without having Maddie and Katie. We’ll go with what we’ve got.”