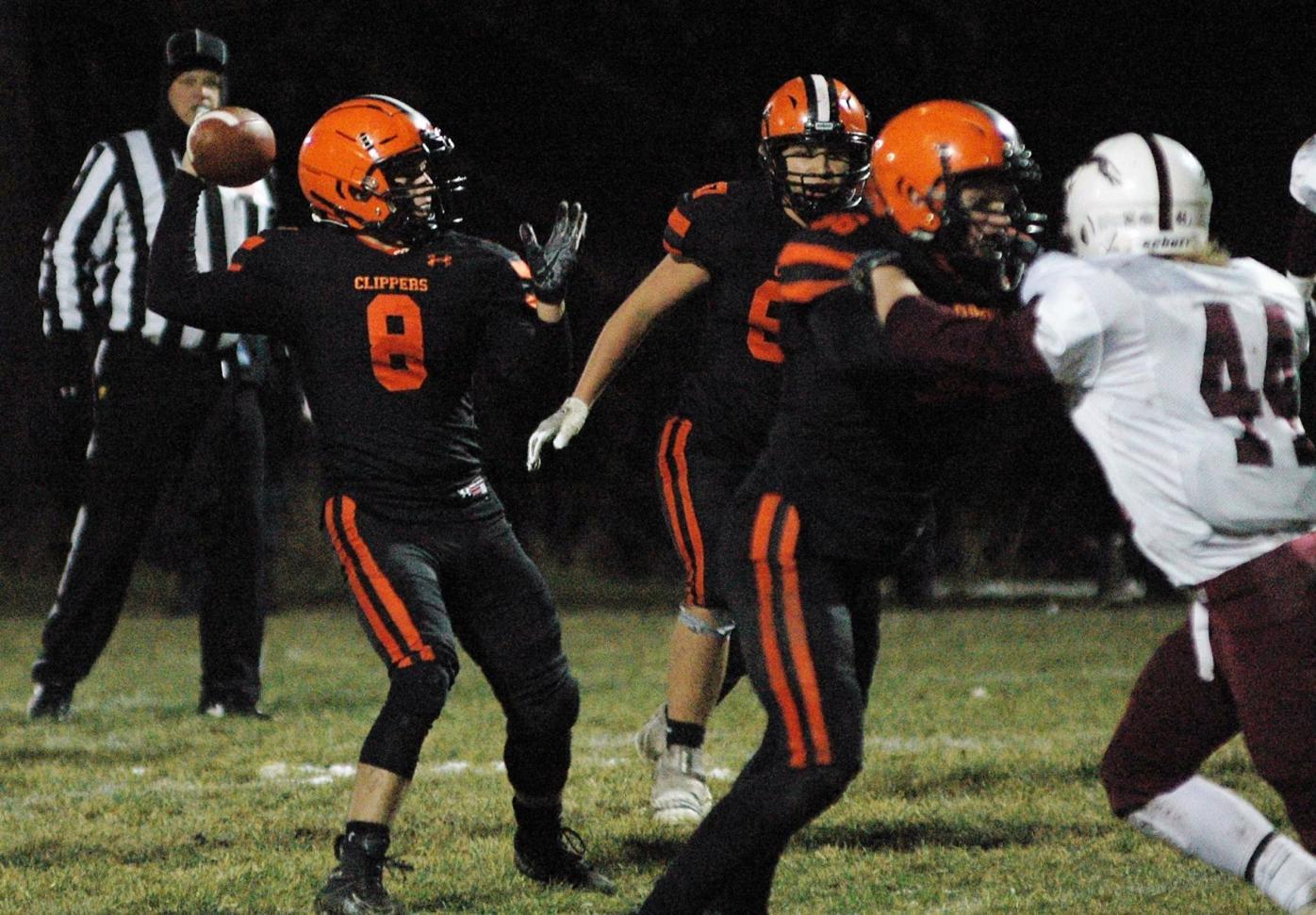 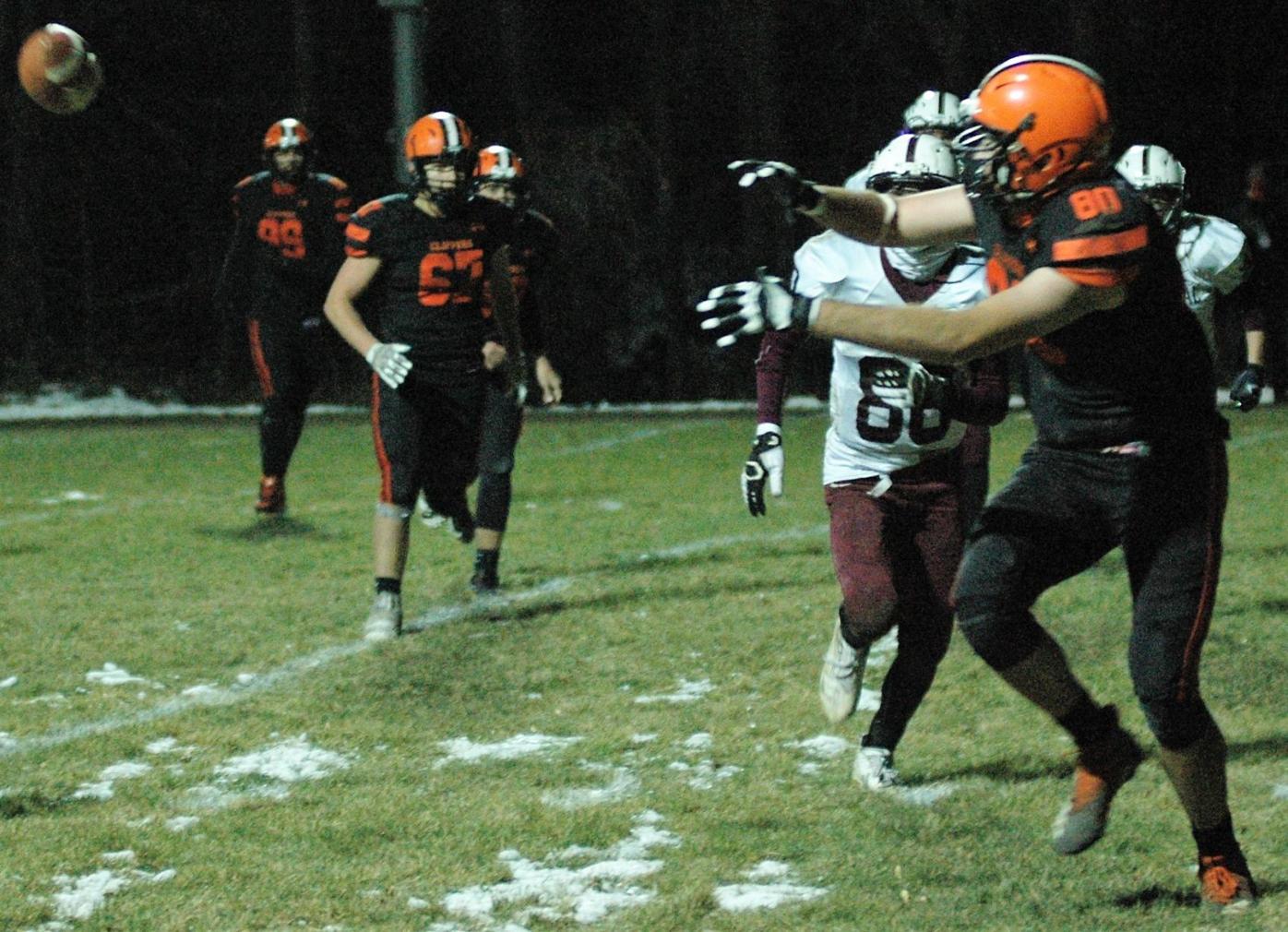 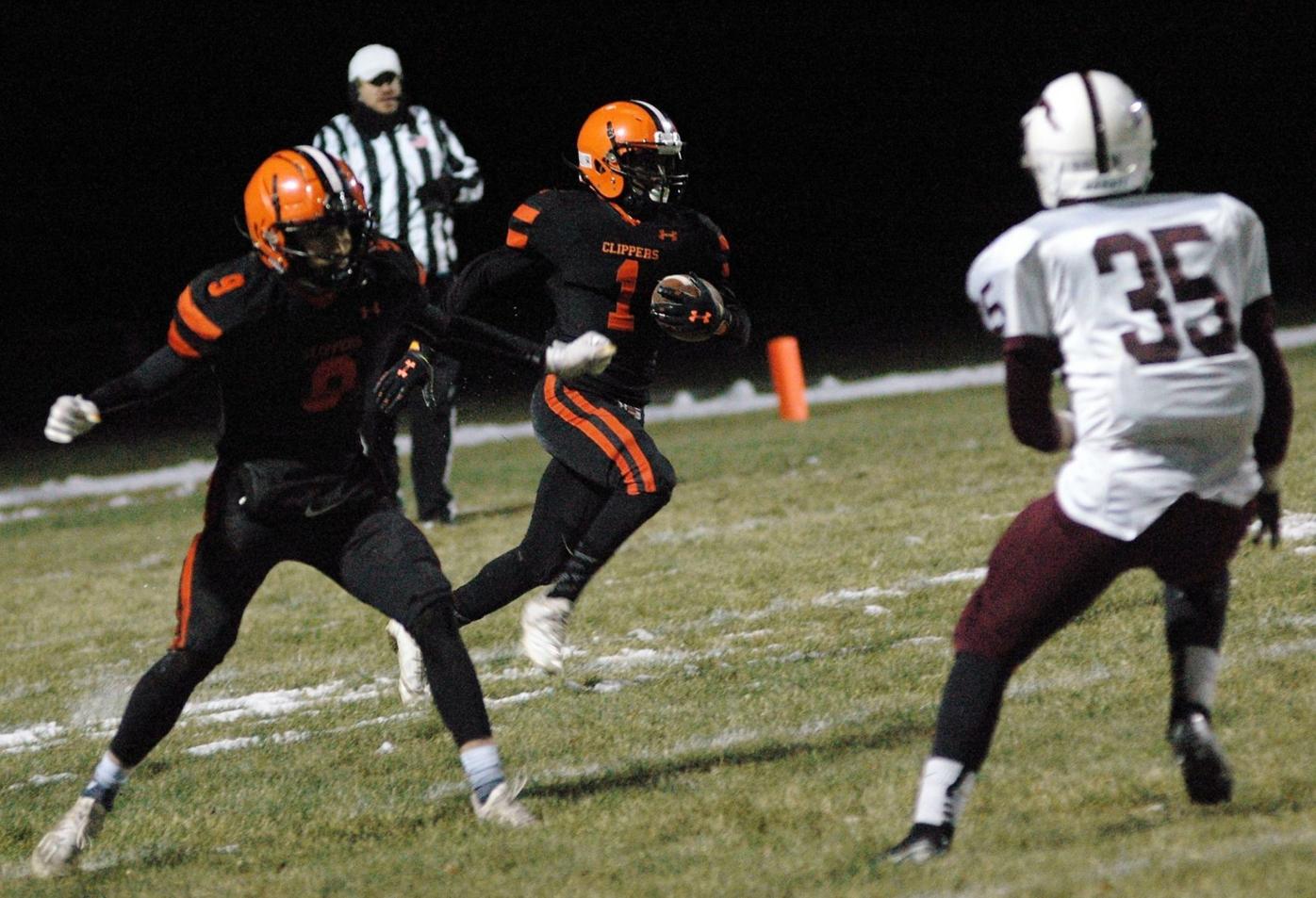 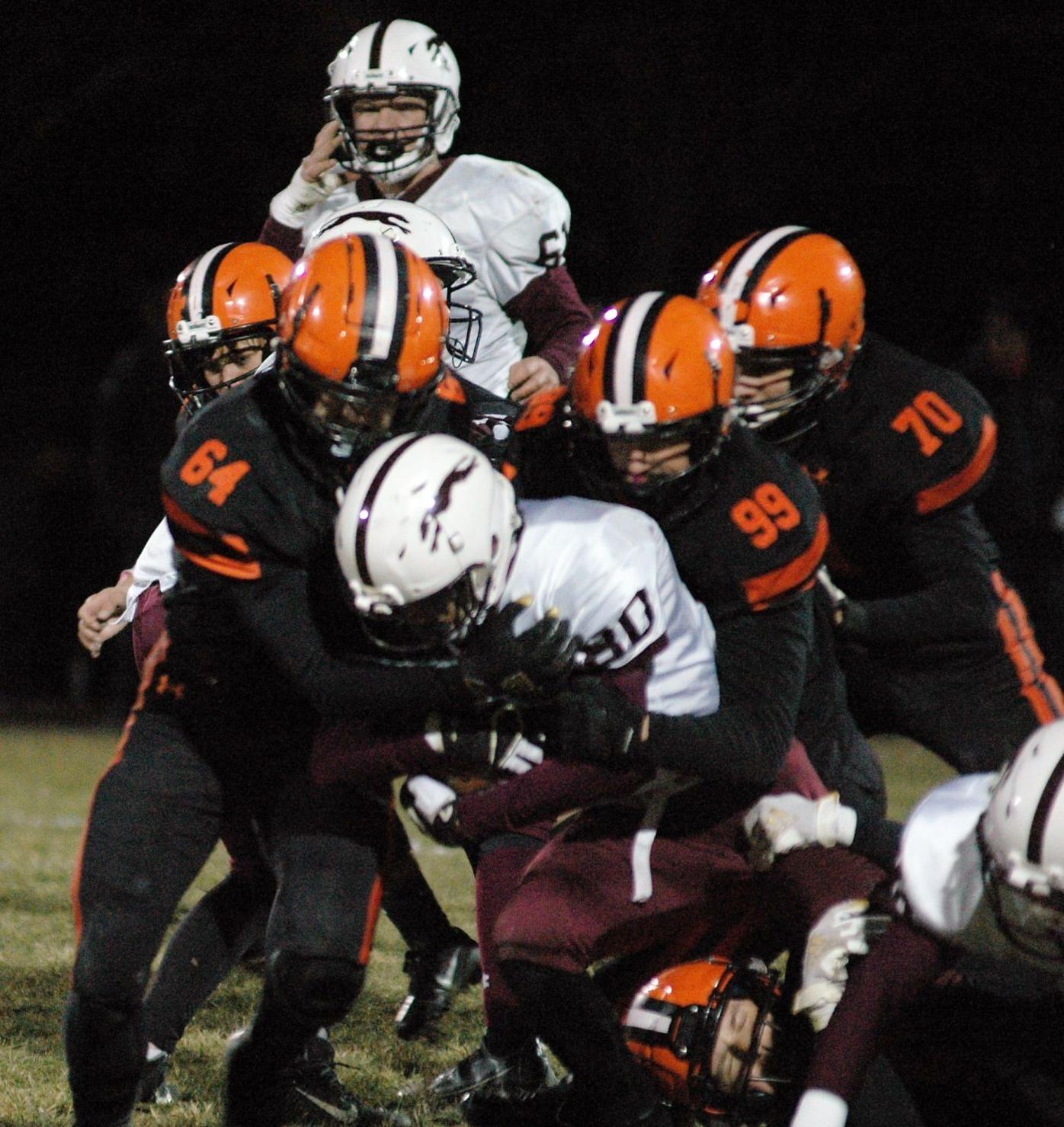 Led by senior quarterback Sam Knowles, who ran in two touchdowns and threw for one, No. 6 seeded New Ulm Cathedral ended No. 3 seeded Cleveland’s season 28-6 in the first round of the Section 2A football playoffs on a freezing Tuesday night at Cleveland.

“New Ulm Cathedral used a great T backfield offense that kept the Clippers off balance and tentative all night,” Cleveland head coach Erik Hermanson said. “Although it was in a losing cause, the Clippers’ seniors played with great heart and emotion in their final game.”

Senior wide receiver Tyce Shook led the Clippers with four catches for 23 yards and one touchdown.

Senior running back Blake McVennes had two receptions for 5 yards.

Kennedy, a linebacker, led the defense with 14 tackles, including one behind the line.

Senior linebacker Eric Rohlfing had 10 tackles with two behind the line.

Holden, a defensive end, had five tackles with three behind the line and a fumble recovery.

McVennes, a linebacker, forced a fumble.

The Greyhounds took a 6-0 lead on a 45-yard touchdown pass from quarterback Sam Knowles to tight end Jacob Berg with 2:16 remaining in the first quarter. The run for the 2-point conversion failed. Knowles completed three of six passes for 75 yards.

After a Cleveland fumble, New Ulm took over at the Clippers’ 41 and scored on a 3-yard run by Noah Wilmes, who had 10 carries for 51 yards. The 2-point conversion run by running back Lexi Jakes, who had 14 carries for 88 yards, made it 14-0 with 5 minutes left in the second quarter.

The Clippers then drove 43 yards and scored on a 14-yard touchdown pass from McCabe to Shook in the end zone with 44 seconds left in the half.

Shook made the diving catch in the end zone off a deflection by New Ulm Cathedral defensive back Jacob Berg. The drive also included a pair of passes of 18 and 11 yards from McCabe to Mueller. The 2-point conversion failed, and the Greyhounds led 14-6 at halftime.

The Greyhounds upped their lead to 22-6 on a 71-yard run by Knowles and a run for 2-points by Jakes with 11:10 to play in the third quarter. Knowles led Cathedral with eight carries for 106 yards.

Another Cleveland turnover, an interception by linebacker Justin Berg, set up the Greyhounds on the Clippers’ 18-yard line. Knowles then scored again on a 2-yard plunge, the 2-point conversion failed, and the Greyhounds led 28-6.

The Clippers finish the season with a 2-5 record.

The Greyhounds evened their record at 3-3 and advance to the section semifinals against No. 2 seeded Minnesota Valley Lutheran at 1 p.m. Saturday at Johnson Field in New Ulm. MVL (4-3)shut out No. 7 seeded Alden-Conger/Glenville-Emmons (1-6) in the first round 45-8.