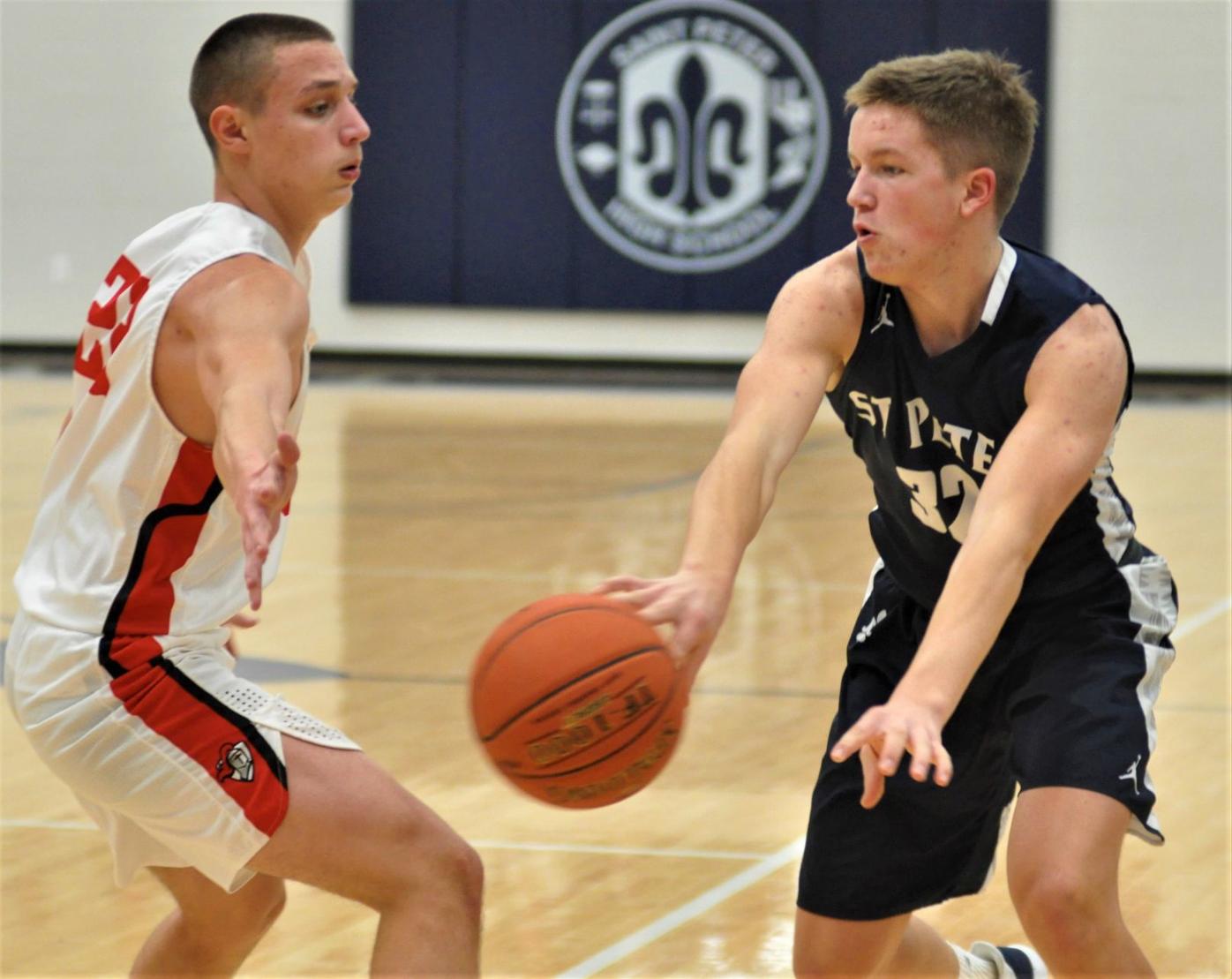 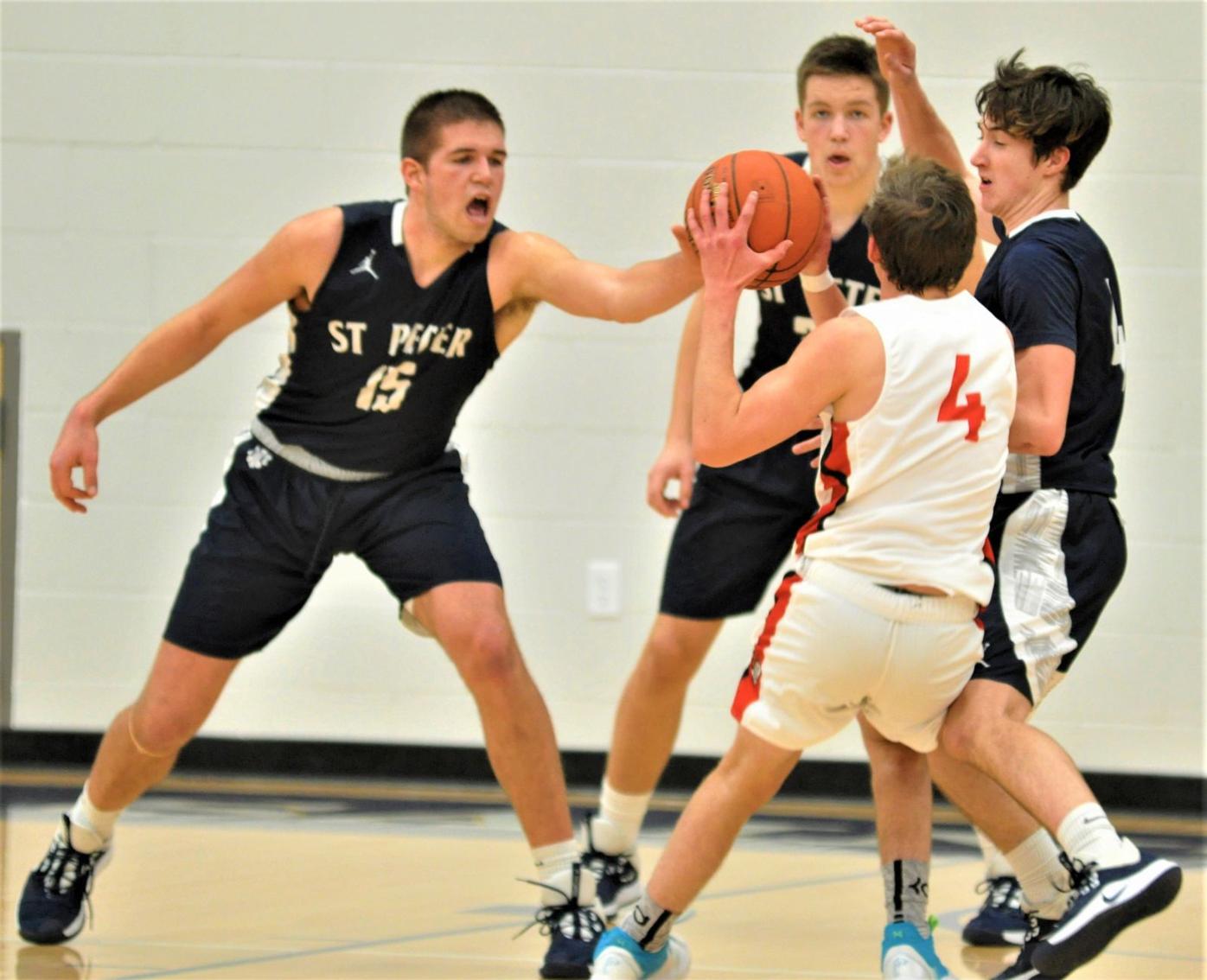 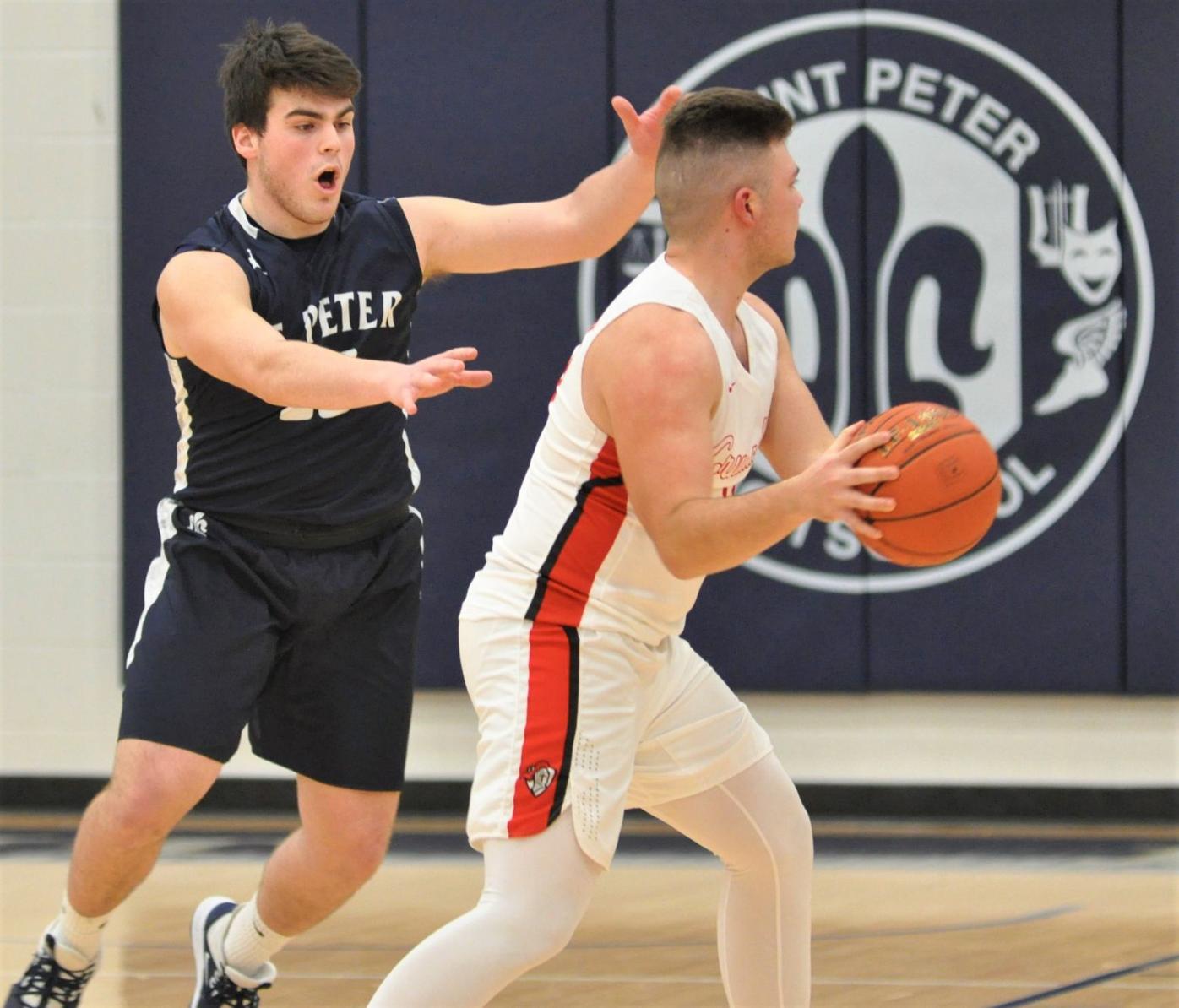 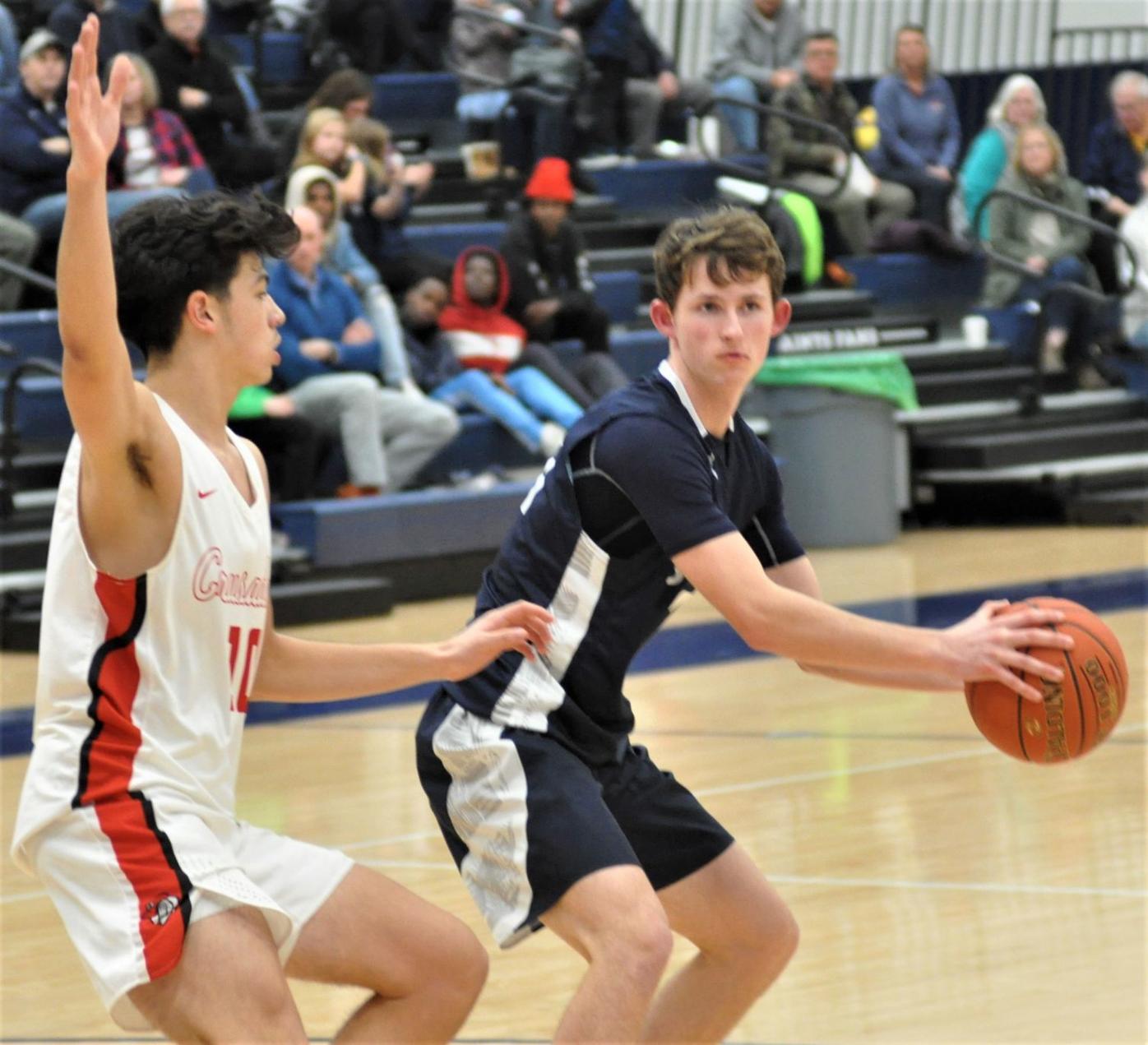 St. Peter boys basketball team got a good taste of what’s to come in the Class AAA playoffs.

In a close battle of highly ranked Class AAA teams, St. Croix Lutheran Academy of West St. Paul made the game-clinching shots down the stretch to edge host St. Peter 59-55 on Tuesday.

But the Saints, 8-5 and ranked No. 3 in Section 2AAA, battled back to tie it and take the lead in the second half.

Guard Ethan Volk, who finished with 12 points, all on 3-pointers, led the comeback with three straight 3-point baskets to cut the lead to 38-35 with 12:20 to play.

Guard Kaden Oeltjenbruns made the Saints’ fourth straight 3-pointer to tie it 38-38 with 12:04 left.

A baseline drive for a lay-up by point guard Ethan Grant finally gave the Saints the lead 43-41 with 6:24 left on the clock.

But guard Zach Longueville took over the rest of the way, scoring the last 11 points for the Crusaders. He finished with a game-high 27 points.

Olson, who is averaging 22 points per game, led the Saints with a double-double of 18 points, 17 rebounds and five assists.

“We didn’t shoot very well,” St. Peter head coach Sean Keating said. “We started making some in the second half, but we were 6 for 30 in the first half. It makes it tough when the ball’s not going in.”

“We played good defense most of the game, but 12 (Lougueville) got loose late,” he said. “He hit a couple of 3’s, and that was the difference. They can really shoot it, and they just don’t stop. They keep firing it up there. They made shots when it counted, and we just couldn’t make a play at the end. We haven’t been in many games down to the wire, so hopefully the experience will help us.”

Keating said the Crusaders played tough defense, too. “We knew it was going to be a physical game. Unfortunately we’re just not quite clicking right now.”