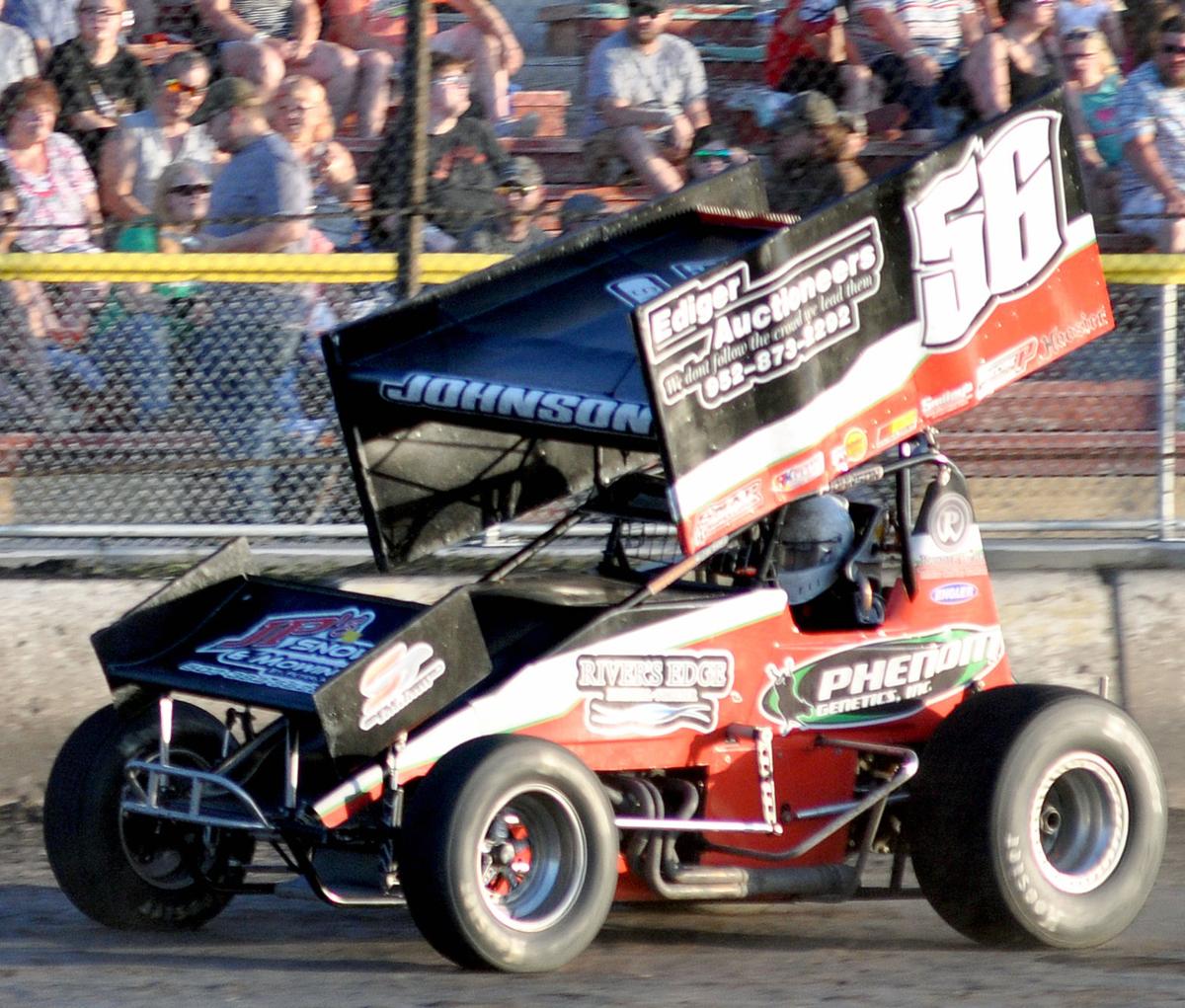 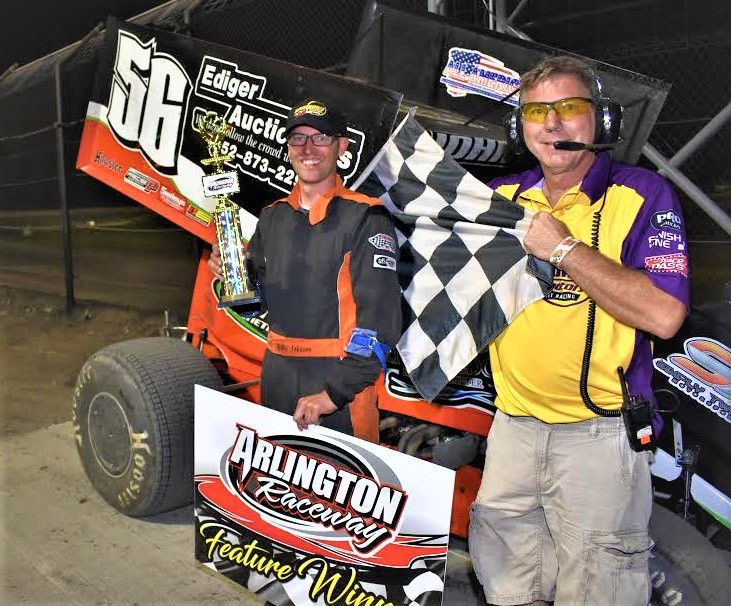 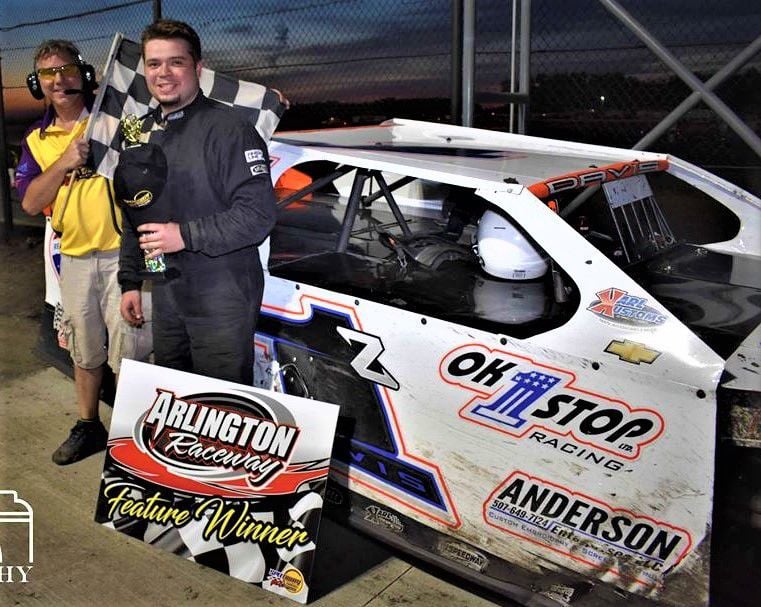 Nathan Showalter of Hutchinson was the early leader with a commanding lead, but the cars behind him were moving fast. He encountered lapped traffic and Bill Johnson of St. Peter glided past him to take the lead. He remained the leader for the next five laps to win. Trevor Serbus of Olivia took 2nd with Neil Stevens of Bingham Lake taking 3rd.

A last corner pass in turn 4 saw Zach Davis of Lonsdale get his first feature win at the Arlington Raceway in the IMCA Sport Modified class.

There were four different leaders in the race with Henderson’s Chris Neisen taking the lead from the front row, but that only lasted for 2 laps when Eric Larson of Madison Lake moved up six positions to edge him out of the top spot.

Larson had a good lead until a yellow came out for a spinning car and gave Matt Looft a chance to gain positions on the restart. Looft battled for a few laps and had the lead from Larson. Davis, who had started 10th behind Looft, was slowly moving through the field and with only 2 laps left he got around Larson, he had his eyes set on Looft and on the last corner he edged past him to win the race for an exciting finish.

Just as exciting was the IMCA Hobby feature. The competition throughout the race was awesome. Matt Olson of Franklin passed seven cars during the first lap to gain the lead, but he had to work for his win as he first held off Jed Trebelhorn from Winthrop from taking the front spot and then Cory Probst of Brewster. In the end Olson claimed victory over Probst and Luke Trebelhorn of Buffalo got around his brother Jed to take 3rd with Jed taking 4th.

Alan Lahr of Nicollet led half of the IMCA Sport Compact feature until a yellow came out for the 81 of Justin Dose spinning in the top of turn 4. Eric Stocker of Good Thunder had no where to go, hit another car and ended up alongside the retaining wall. He was hauled off the track. When the race restarted, Nate Coopman of Mankato who lined up in 9th place was able to get around Lahr before turn 2 and he stayed the leader to win. Lahr settled for 2nd ahead of RJ Esquedo of Granada.

Dakato Robinson of Arlington led the entire eXmark Outlaw Hobby race from start to finish to pick up his first feature of the year. Rod Manthey of Norwood trailed him the entire race, but he was busy holding off Mike Vogt of Brownton for his spot and was able to maintain until the finish. Vogt took 3rd ahead of Robert Rutt of Plato.

Dan Mackenthun of Hamburg led the entire IMCA Stock feature to enable him to check out victory lane this year. he had several challenges from Matt Speckman of Sleppy Eye, but Speckman was also being challenged by Hutchinson’s Brent Uecker. With only two laps left the two were side by side but Uecker edged his nose to the finish line before Speckman to take 2nd place. Chad Schroeder of Belle Plaine followed Speckman to take 5th.

There were three different leaders in the IMCA Modified feature. The race was marred with several yellow flags but in the end Brandon Beckendorf of Danube who had started 10th came across the line first with Clint Hatlestad of Glencoe taking 2nd and Kent Willms of Willmar finishing 3rd.