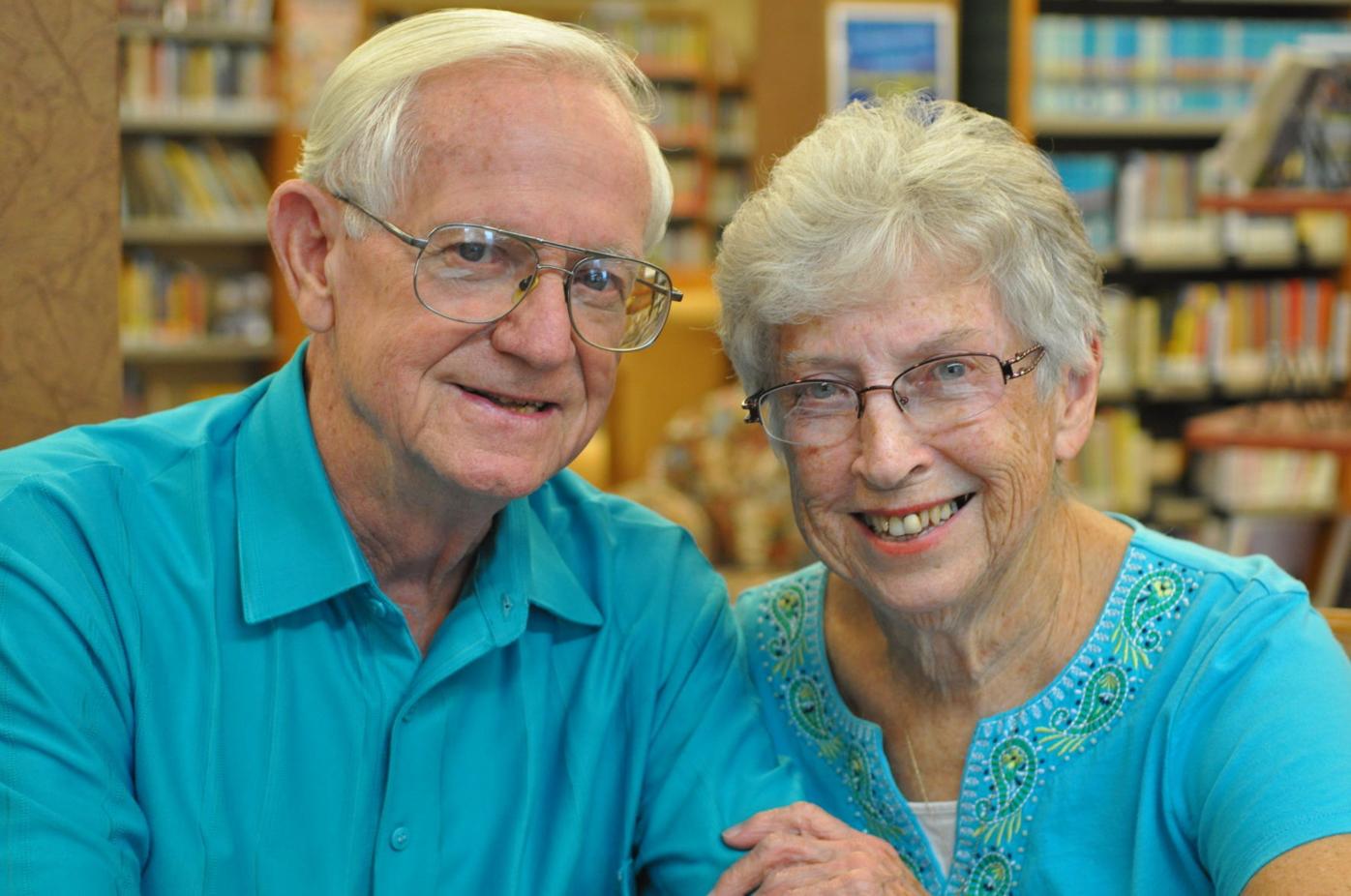 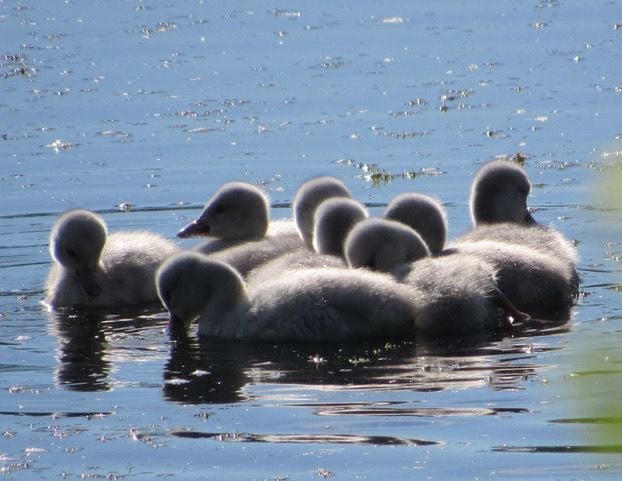 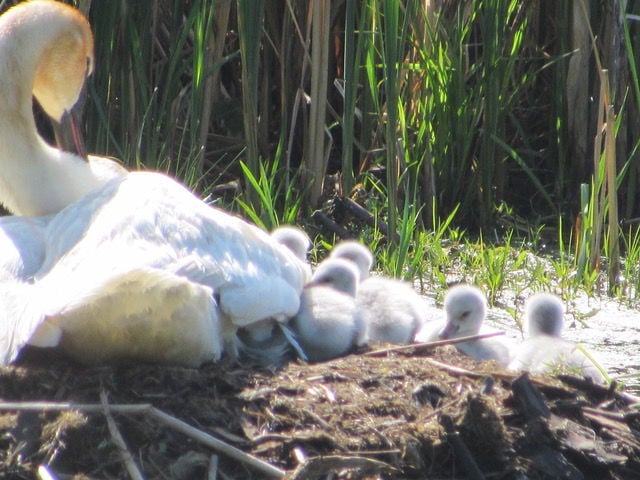 Traveling through Le Sueur, Nicollet and Sibley counties on Easter Sunday, 2021, one could observe clumps of white on recently ice-unleashed ponds and marshes. Trumpeter swans were fussing and fuming as mate selection and territory possession proceeded. Although trumpeters mate for life, or until one or the other meets its demise, hangers-on persist into the mating season.

Extirpated since the late 1880s, it is a thrill to note the numbers now expanding in local counties and throughout the state.

At one time, the elegant white bird was hunted for feathers, meat, skin and for decorations for lady’s headwear. According to an article in the Minneapolis Star and Tribune in 2020, “by the 1930’s, 69 trumpeter swans remained in the lower 48 states. Today, it is estimated that there may be 30,000 currently in Minnesota alone!”

The resurgence in numbers is credited to a number of collaborators such as MNDNR, USFW, the Trumpeter Swan Society, and others, coordinated through the efforts of a much-respected naturalist, Carroll Henderson. Margaret Smith of the Trumpeter Swan Society stated that “When Minnesotans see trumpeter swans today, they are really seeing inspiration and hope that a species can be restored.” (Story by Tori J McCormick, special to the Star Tribune in 2020.) Thus, the trumpeters we observe today in local county waters are the result of the collaborative coordinated by Carroll Henderson and his associates on the ground level.

Swans are no longer listed as endangered or threatened , but they are still under ‘special concern status.’ The numbers we observe today increased exponentially in about 2016. For example: A series of flood plain marshes lay between Le Sueur and Blakeley. These are ideal for waterfowl habitat, UNLESS of course, the yearly flooding drowns the nests during reproduction time. In March of 2016, four Trumpeter swans dropped into the ponds close to where the Le Sueur Coachlight Inn was once located east of Highway #93. A battle ensued, and a pair of trumpeters, later-named Sylvia and Sylvan, claimed victory. But first, Sylvan and a long-time pond occupant, Izzie the invincible, a Canada goose, battled long and hard for a muskrat house nesting spot. That first summer, to the delight of human observers, three cygnets (baby swans) emerged and survived the summer. This event was followed in 2019 by five wee cygnets, one of which ‘disappeared’ soon after.

The Swan saga was repeated in the spring of 2020 and 2021, while the human story was rightly focused upon COVID-19. The Trumpeters arrived, as well as Canada geese, days of battle ensued. In fact, Izzie the Canadian brought in twelve stalwart goose invaders, yet brave Sylvan fended all off. Our last photo of the invaders shows Sylvan actually dunking Izzie under the turgid waters of Coachlight Pond! April 29 th found Sylvia tending the trumpeter muskrat pond with its treasury of swan eggs, and on Friday, May 28, eight cygnets emerged over the course of the day from under Sylvia’s burgeoning bosom! Historic number! Hallelujah!

As of this writing, the number of cygnets remaining is uncertain. A week ago, while Izzie and Ilsa were leading their progeny across Coachlight Pond No. 2, a maw from the deep sucked a gosling from under Izzie’s gaze. “Zap!” The gosling was gone! Sylvia and Sylvan have now moved to that dangerous algae pond, who knows what the fate of their cygnets will be? Dangers from many sources surround the swans twenty-four hours a day. Hail, raccoons, otters, eagles from on high, snapping turtles and especially humans are a continual threat. But then, we humans lead a day-to-day existence in spite of our earthly plans, taking joy and perhaps a taste of sorrow each day we are allotted.

Nature tales exist all about our readers; the best things in life are free!