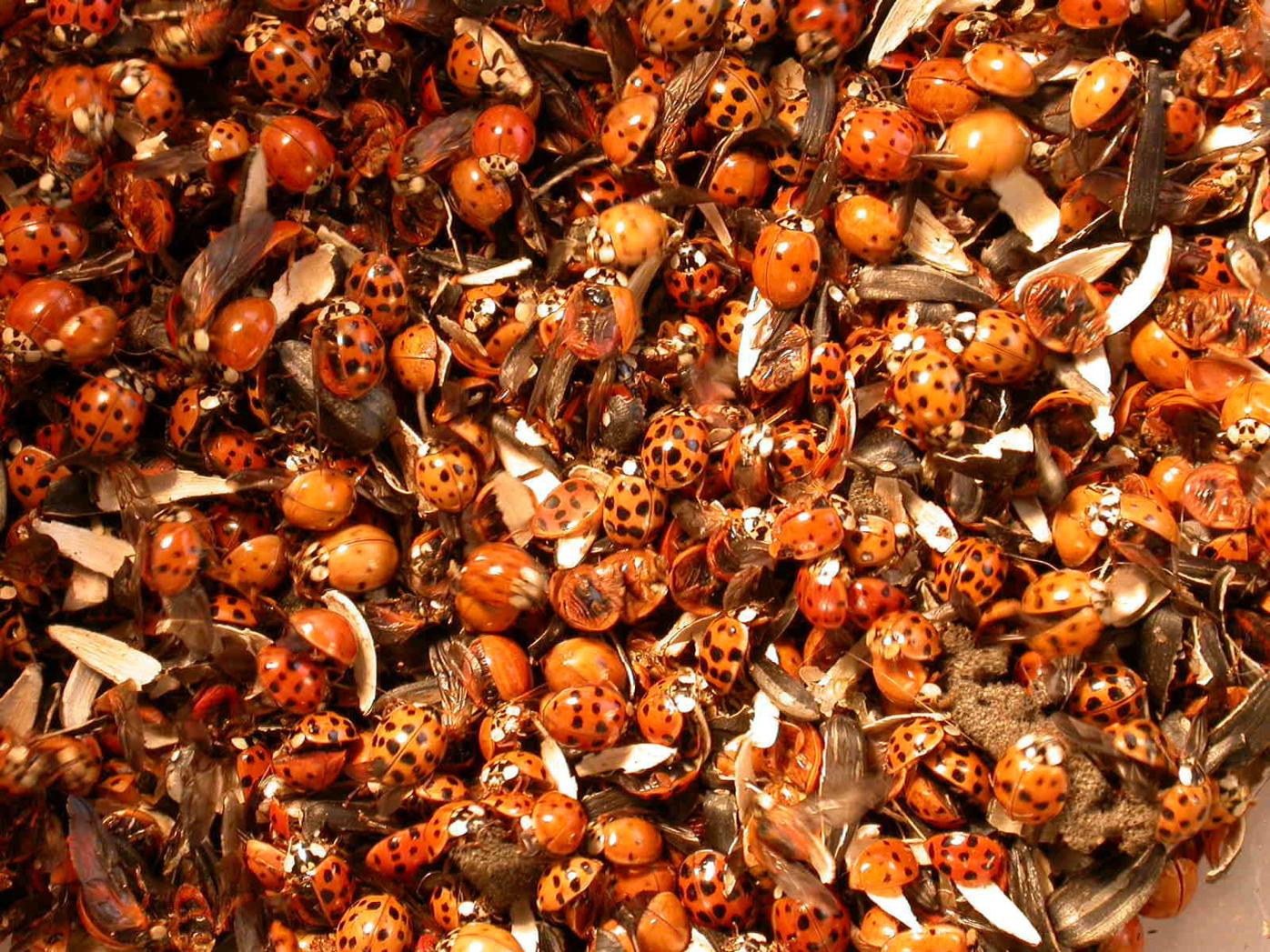 The non-native Multicolored Asian Ladybird Beetle (Harmonia axyridis) is the most prolific of the 500 North American ladybug species. (Submitted photo) 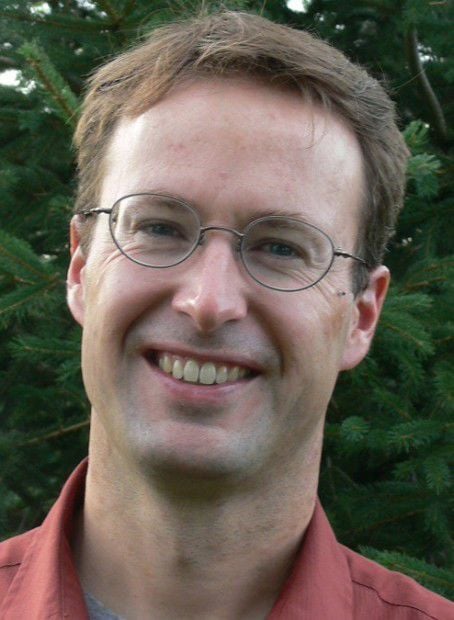 If you’ve ventured outside recently, you may have found yourself in a scene reminiscent of the Biblical plagues. That’s because millions of ladybugs have been taking advantage of the warm and sunny days to make their final preparations before winter.

The ladybugs (or ladybird beetles as they are more correctly called) are leaving their summer stomping-grounds and searching for suitable winter hibernation shelters. Attracted by the heat and light given off by the sunny side of homes and outbuildings, they will congregate and hibernate in large numbers inside your walls and along your foundation.

This pre-hibernation swarm is a natural occurrence among many insects, but there has been a marked increase in the population of certain ladybug species over the past several years. The species that has become the greatest nuisance is the “Multicolored Asian ladybird beetle” (Harmonia axyridis). They vary in coloration from yellow to orange to red, but are most often orange. Each has precisely 19 black spots that vary in darkness from black to nearly invisible.

Where did they come from and why are there so many? Of the 500 or so North American ladybug species, nearly 200 are exotic species imported and released as pest control agents. In the mid-1980’s the multicolored Asian ladybird beetle was introduced from Japan by the USDA to aid in fruit tree health (your federal tax dollars at work). But only a few years after their release, none of the introduced beetles could be found, thus ending the experiment.

Several years later, however, the beetle was reintroduced (this time accidentally) from a freighter in the port of New Orleans. This time the beetles survived. By the early 90’s they had spread to the southeastern U.S., and by 1994, they reached the midwest, thus explaining why our garage walls are now orange. It’s still a bit too soon to know just what impact these new ladybugs will have on native insect populations.

But for all the commotion we make about these visitors, they are incapable of doing any real damage to the structure of your home. They will, however, emit an unpleasant odor if they are particularly stressed or agitated (but, then again, so will I). The odor actually comes from blood discharged from the leg joints. This “reflex bleeding” is a common trait of all ladybug species. So, just make sure your ladybugs are relaxed, and there won’t be any trouble.

Despite being an invasive species and an indoor nuisance, there may be a bright side. Ladybugs are widely regarded as some of the most beneficial of all insects. Known as the T-rex of the insect world, they eat prolific quantities of harmful aphids and other pests.

So treat your new house guests kindly, and make the most of the situation … Paint little numbers on their backs, then race them and wager on the outcome.

If you’re not into insect-related gambling, there are a few things you can do to remove or reduce the numbers of them in your home. You can physically remove them with a vacuum cleaner by inserting a woman’s nylon stocking (or a man’s, if you’re into that sort of thing) inside the extension hose and securing it with a rubber band to collect the beetles and release them back outside.

There are chemical sprays that will help keep them away, but keep in mind that these sprays can also be harmful to your family and pets, as well as beneficial native insects.

Some timely caulking and weatherizing can help to reduce the number that enter your house next year. The beetles are attracted by heat in the fall, so you can also minimize the chance of the them finding your home by planting trees and shrubs to shade the sides of the dwelling (or divert them away from your property by painting your neighbor’s house jet black).

Scott Moeller is an interpretive naturalist and director of the Linnaeus Arboretum at Gustavus Adolphus College.