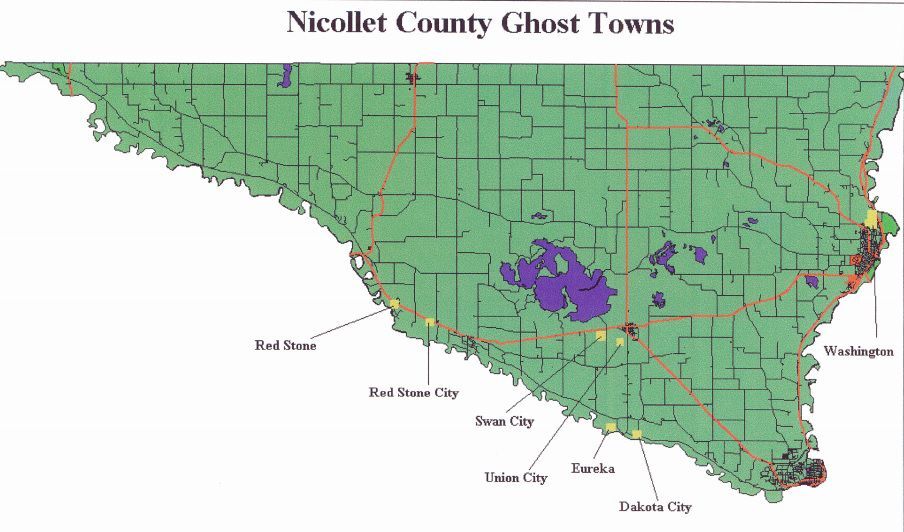 A map showing the locations of some of Nicollet County’s Ghost Towns. 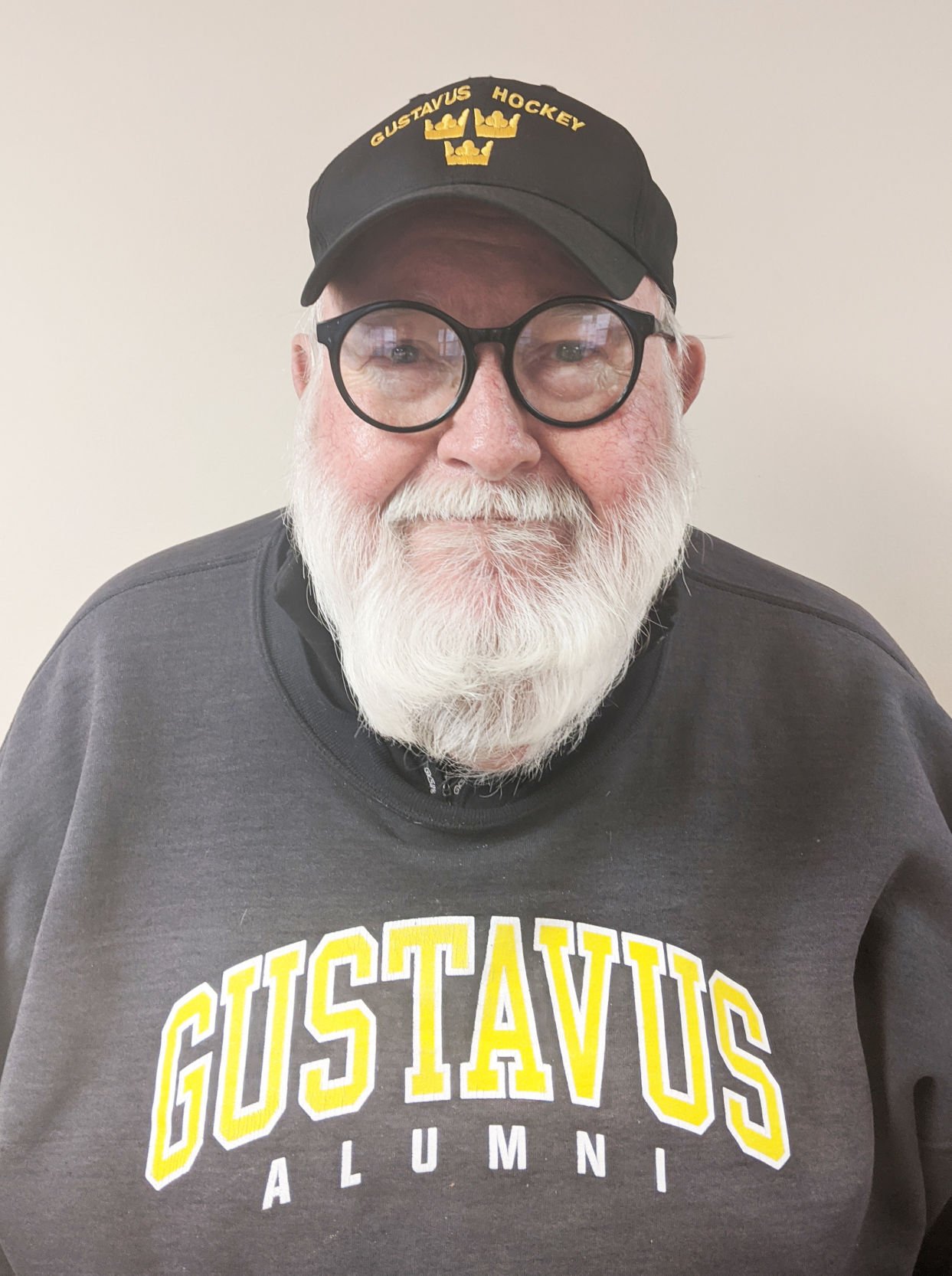 We all know ghosts come out on Halloween, joining the flying witches and bloody zombies.

But are there such things as ghost towns? Indeed, there are. Most people know that there was once the town of Traverse des Sioux, just north of St. Peter, where the Treaty Site History Center is located. Today, it is a ghost town. But it is just one of many ghoulish places in Nicollet County. How about Washington or Redstone or Redstone City? Here are a few others you might never have heard of.

These places were only paper towns; platted in 1856, but never settled. They were located primarily in Section 4 (Union City) and Section 8 (Swan City) of Nicollet Township. According to local historian Bob Sandeen, William G. Wells was the surveyor and Thomas Gunn was recorded as the proprietor. They were situated less than a mile south of Nicollet, off County Road 23. Today, they only haunt in farm fields.

The ghost town of Eureka is located on Nicollet County Road 41. From Nicollet, drive south on Hwy. 23 about 7 miles to where it intersects with County Road 41. Turn right and it was just half mile more, by the creek on the right hand side. Eureka was a planned Welsh town across the Minnesota River. The town plat shows the usual grid of streets, a town square, but also a large parcel, marked Mill Works. The town site was selected because of a large waterfall as a power source to mill grain. The waterfall is still there, but the town is long gone.

Just east of Judson on Hwy. 41 is the ghost town of Dakota City, also known as Dakota Mills. If you are driving south on Nicollet Co. 23, instead of turning right onto County Rd. 41, turn left. After a mile so, you will be near the ruins of Dakota Mills.

There is no sign for it. It is on an abandoned farm. It is well hidden in a wooded area, as a ghost town should be. I don’t remember how I found it, but I was absolutely astounded to come across a cluster of crumbling limestone ruins.

Turns out, the town had at one time a saw mill, a general store, and two houses. The McNutt Sawmill burned down and later a flour mill took its place. It would appear that a creek leading to the nearby Minnesota River with another possible waterfall contributed to its location. As I said, it is difficult to find and to receive permission to hunt for it is downright impossible, as the landowner does not live on the premises.

But, next time you go trick or treating on Halloween, watch out for those Ghost Towns.