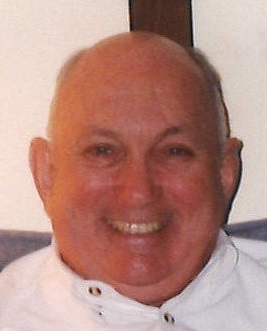 James Raymond Miller 1932–2020 The Woodlands, TX—James Raymond Miller, 88, from the Forum at the Woodlands, Texas died Saturday, December 26, 2020. James was born July 7, 1932 and grew up on a farm. He went to John Ireland grade school and St. Peter High School. He joined the Navy and flew F4u Corsair off Aircraft Carriers. Then he transferred to the Marines and flew twin rotter helicopters in Vietnam. He reached the rank of Captain in the Marine Corps. James left the service and flew passenger planes for United Airlines. He was a lifelong member of Experimental Aircraft Association, EAA. He helped organize the annual fly-ins at the Greeley – Weld County Airport. After the airplane accident in 1992, he was medically grounded. He formed his own business, High Prairie Aeroservices, and traveled around to fly-ins and air conventions around the country delivering airplanes and parts on a for-hire basis. He was a sustaining member of the Elks, a lifetime member of the American Legion, and a proud and active member of the Marine Corps League Detachment 1093, the Union Colony Detachment. Jim is survived by 2 daughters, Anne (Paul) James of Spring, Texas, and Laurie Miller of Kennerwick, Washington; 2 granddaughters, Sarah James and Miranda James; 1 brother, William (Mary) Miller of Madison Lake, Minnesota, and sister-in-law, Joan Miller of Le Sueur, Minnesota. He was preceded in death by his divorced wife, Elizabeth, (Hinker) Miller; parents, Raymond and Marie Miller; son, Michael Miller; siblings, Charles, Thomas, and Joanne Schupanitz. Services will be held at a later date.

To plant a tree in memory of James Raymond Miller as a living tribute, please visit Tribute Store.
Load comments