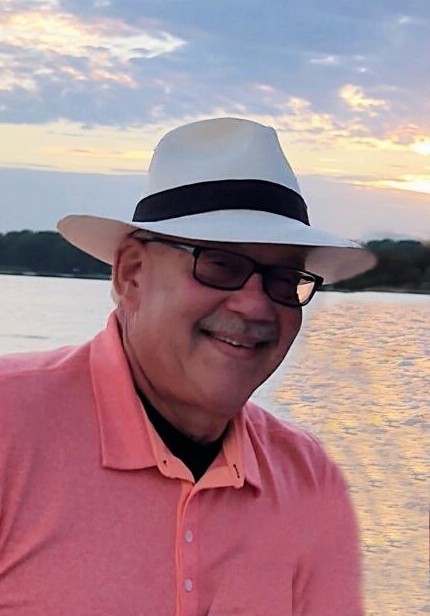 Thomas Michael "Tom" Freeman 1957–2020 St. Peter—Thomas Michael "Tom" Freeman, age 63, of St. Peter, died on Friday, October 2, 2020 at River's Edge Hospital in St. Peter. Memorial service was held on Wednesday, October 7, 2020 at the Minnesota Square Park Pavilion in St. Peter. Visit www.saintpeterfuneralhome.com to sign the guestbook or share a memory of Thomas. Thomas Michael, the son of Carl and Elizabeth "Betty" (Schatteman) Freeman, Jr., was born on September 9, 1957 in East Moline, IL. He graduated from United Township High School in 1975 and earned a Bachelor of Science in Geography from Northern Illinois University in DeKalb, IL where he was a Division 1 wrestler. Tom continued his education at St. Ambrose University. On June 28, 1980 he married Cindy Cardwell in Chicago, IL. He was previously employed at Cargill in Mt. Pleasant, IA and was transferred to the branch in St. Peter. Tom continued to work as it became Dow Agrosciences in St. Peter. He was one of the founders of the Saint Peter Soccer Club and more recently became a licensed drone pilot. Tom enjoyed spending time with his children and grandchildren, trivia at Patrick's on Third, gardening, golfing, and ballroom dancing with his wife, Cindy. He is survived by his wife of 40 years, Cindy Freeman; children, Tiffany (Damon) Johnson and Steve (Christine Lee) Freeman; grandchildren, Kendall Johnson, Theadora Freeman, Riley Johnson, and Beckett Johnson; father, Carl Freeman, Jr.; siblings, Peggy Freeman, Carl John (Kathy) Freeman, and Gary (Suze) Freeman; and nieces, nephews, other relatives, and friends. He was preceded in death by his mother, Elizabeth "Betty" Freeman. Memorial gifts may be directed to the American Red Cross or the Saint Peter Soccer Club.