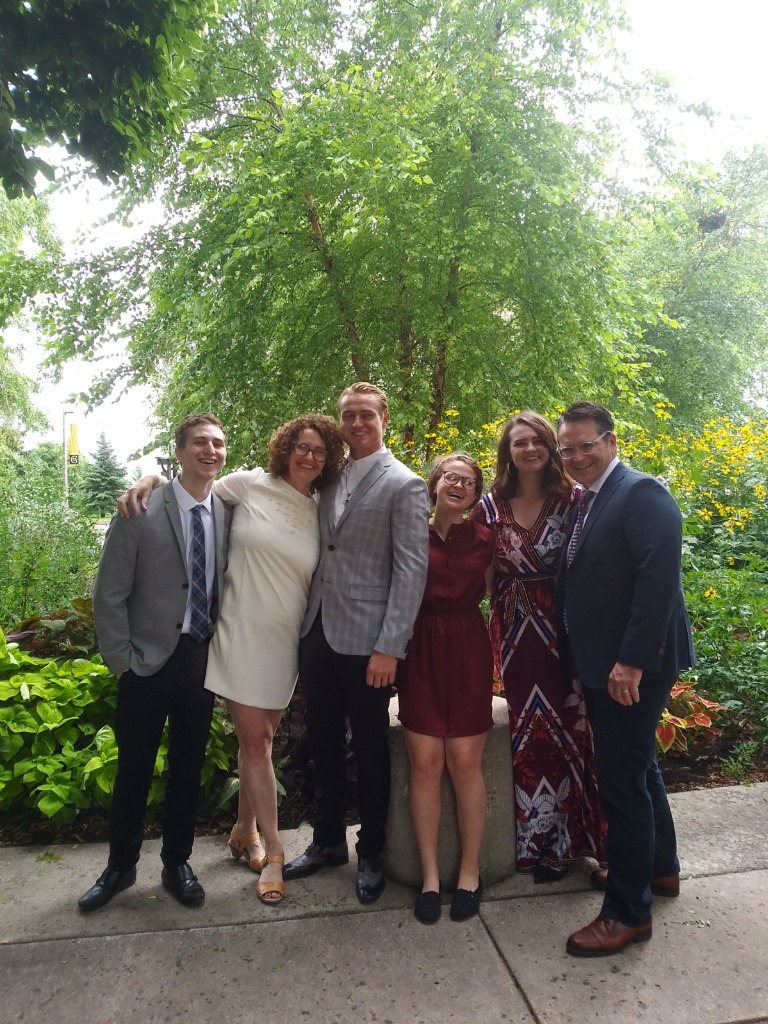 Megan Elizabeth Berglund 1969–2020 St. Peter—Berglund, Megan Elizabeth, age 50, passed away on March 16, 2020, at UCHealth Hospital in Highlands Ranch, Colorado. She had been diagnosed with Stage IV gallbladder cancer in September 2019. She called her cancer a "forced march" rather than a "journey." Yet she endured that march with extraordinary drive, faith, hope, tenacity, wit, and grace. To the very end, she believed that there was a way to restore her health, which is why she traveled from her home in Minnesota to visit cancer specialists in Colorado. Her final decline came suddenly, as the cancer spread aggressively in her bones and lungs. On her last day, her four children and husband surrounded her bed. Megan was born in Minneapolis on October 1, 1969, the seventh child of Fabian and Mary Jo (Cavanagh) Blonigan. At a young age, she was diagnosed with congenital toxoplasmosis, which left scars on her retina and affected her vision throughout her life. Doctors said that she would not be able to read. Instead, she wrote poetry under a tree in her backyard, earned a bachelor's and master's degree in English, taught writing to college students, worked as a technical writer for a non-profit organization, and a grant writer in higher education. Only a few weeks before her passing, she went on health leave from her position as Director of Corporate and Foundation Relations at Gustavus Adolphus College, where she worked to raise money for academic projects and student services. "It's good to help people," she told a doctor who asked about her career. Megan grew up in Golden Valley and graduated from Hopkins High School in 1988, the University of Minnesota–Twin Cities in 1992, and Minnesota State University, Mankato in 1994. Along with her BA in English, she earned a minor in vocal performance. She had a beautiful soprano voice and participated in church and community choirs throughout her life. Just a week before she passed away, she sang at her father's funeral, astounding everyone with her strong voice, her graceful poise, and her undiminished energy. Megan married Bruce Berglund on December 4, 1993. In their 26 years together, they lived in Mankato, Minnesota; Lawrence, Kansas; Grand Rapids, Michigan; Prague, Czech Republic; Budapest, Hungary; and St. Peter, Minnesota. At each stop, Megan opened their home to friends, family, colleagues, acquaintances, and strangers for dinners, parties, and gatherings of all kinds. Her gift was hospitality, and she loved having a full house of happy people. After being diagnosed with cancer, Megan said she was not afraid of dying. Instead, she was sad that was going to miss seeing everything her children would accomplish in years to come. Will (21), Marta (20), Nils (18), and Vera (14) each carry distinct slices of Megan's appearance, personality, and talent, from her curly hair to her singing ability and love of books and music. She taught her children to work hard, be curious, seek beauty, take long walks, and clean the house with the stereo blasting. Her one solace at the end was in knowing that these four amazing people were her gift to the world. Megan lived an extraordinarily full life, brimming with trips to far-off lands, camping in state parks, water skiing at Lake Vermilion, book clubs, musicals, plays, home projects, Sunday school teaching, card games, Twins games, popcorn off the stove-top, visits to zoos, TRX classes, happy hour on the back deck, and cozy evenings curled up in front of the fireplace. She was a member of Woodlawn Christian Reformed Church in Grand Rapids for 15 years and First Lutheran Church in St. Peter for 3 years. Her faith was real and hard-fought. So many people were drawn to her amazing energy and light. She is survived by her husband, Bruce, of St. Peter; by her children Will, Marta, Nils, and Vera; by her mother, Mary Jo Blonigan of Golden Valley, and 6 siblings: Bill Blonigan (Teri) of Robbinsdale, Steve Blonigan (Kathy) of Prior Lake, Frankie Galka (Doug) of Golden Valley; Joan Christianson (Grant) of Spicer, Maura Steblay (Rick) of Eden Prairie, and Sheila Gossen (Martin) of Littleton, Colorado; by her parents-in-law, Bill and Pat Berglund of Cloquet, and sister-in-law, Collette Lenarz (Tom) of Cloquet; and by many, many aunts, uncles, cousins, nieces, nephews, and grand-nieces and -nephews, whom she loved dearly. She was preceded in death by her father, who died at age 91 only three weeks before Megan. Due to current measures for CORVID-19, memorial services in St. Peter will not be held until public gatherings are possible. Memorials invited to Gustavus Adolphus College, for designation to be determined by the family.