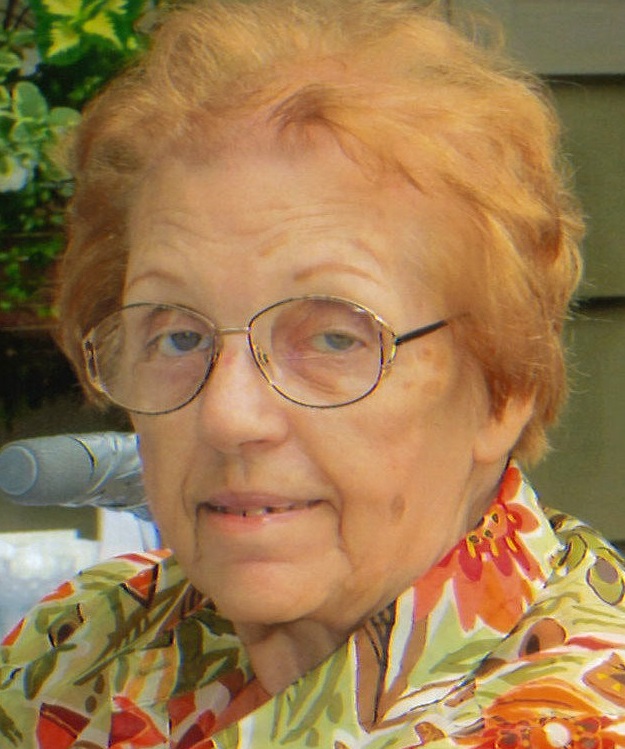 Dorothy L. (Ulmen) Cain 1934–2020 St. Peter—Dorothy L. (Ulmen) Cain, age 86, of St. Peter passed away on Tuesday, August 18, 2020. Due to COVID-19, private services will be held at the Catholic Church of St. Peter, with burial taking place in Calvary Cemetery, St. Peter. St. Peter Funeral Home is assisting the family with arrangements. Dorothy L. Cain was born August 16, 1934 in Mankato, MN to Robert and Alfreida (Schemik) Ulmen. Dorothy grew up with her parents and sisters farming near Minneopa State Park. During the Depression, her dad was the Park Superintendent and managed many of the park projects through the Works Program. Dorothy was very proud of her farming background and being able to grow up at Minneopa. Dorothy was very active in 4H during her formative years; and in 1952 she received a coveted grand champion purple ribbon for her chocolate chip cookies! (Her kids and grandkids fight over who got to snitch more cookie dough to this day!!!) Dorothy attended Ss Peter and Paul Parochial School and graduated from Good Counsel Catholic School High School in 1952. After high school, Dorothy worked various jobs until she found her niche as an evening telephone operator at Mankato Phone Company. She enjoyed her job at the phone company and worked there until her first child was born. But, Dorothy said her dream was to marry a good man, farm, and raise a family- and that is exactly what she did!. On August 5, 1957, Dorothy and Raymond J. Cain (Mapleton, Mn) were wed at Sts. Peter and Paul Catholic Church in Mankato. (Pretty sure dad had to leave early to go milk cows- but he came back for cake, a quick dance, and the girl.) Dorothy and Ray farmed near Mapleton until 1968 when they moved their family and cows to St. Peter. In the early 70's mom switched them over to pigs- because they smell better. Dorothy and Ray farmed together until they retired in the 90's. Dorothy was an avid gardener, raised pickles for Gedney, and loved mowing the lawn on her big John Deere Mower dad surprised her with one day. Mom mowed until she turned 84! Mowing was her happy place. Dorothy and Ray spent many hours playing Pfeffer, Old Time and Square Dancing, traveling, and visiting. Dorothy enjoyed photography, puzzles, word finds, and bird watching- from her kitchen chair. Later in life Dorothy enjoyed planning day trips based on the Back Roads page of the Land Magazine. When asked by one of the granddaughters if she had anything left on her "bucket list," Dorothy responded quietly, "No, I've accomplished everything I ever wanted." Good Job, Mom!!! Together, Dorothy and Ray raised six kids: Suzanne Detlefsen (Tim Morris), Lynn Greenslit (Rich), Lori Hamlin, Sheila Cain, Brian Cain (Michelle Wheeler), Donna Cain-Eichers (Mike). They also shared the joy of nine grandchildren and seven great-grandchildren. Dorothy's final wish was to die at home on the farm and make it to her 86th birthday- and she did- with family caring for her and playing cards to the very end! Dorothy is survived by her children; grandchildren; great-grandchildren; three sisters, Kathleen Tharp, Jeannette Kruse, and Linda Sweiss. She is preceded in death by her beloved husband, Raymond, and parents, Robert and Freida Ulmen. In lieu of flowers, memorials preferred to Mayo Hospice, Ray and Dorothy Cain Ag Scholarship or the Catholic Church of St. Peter.