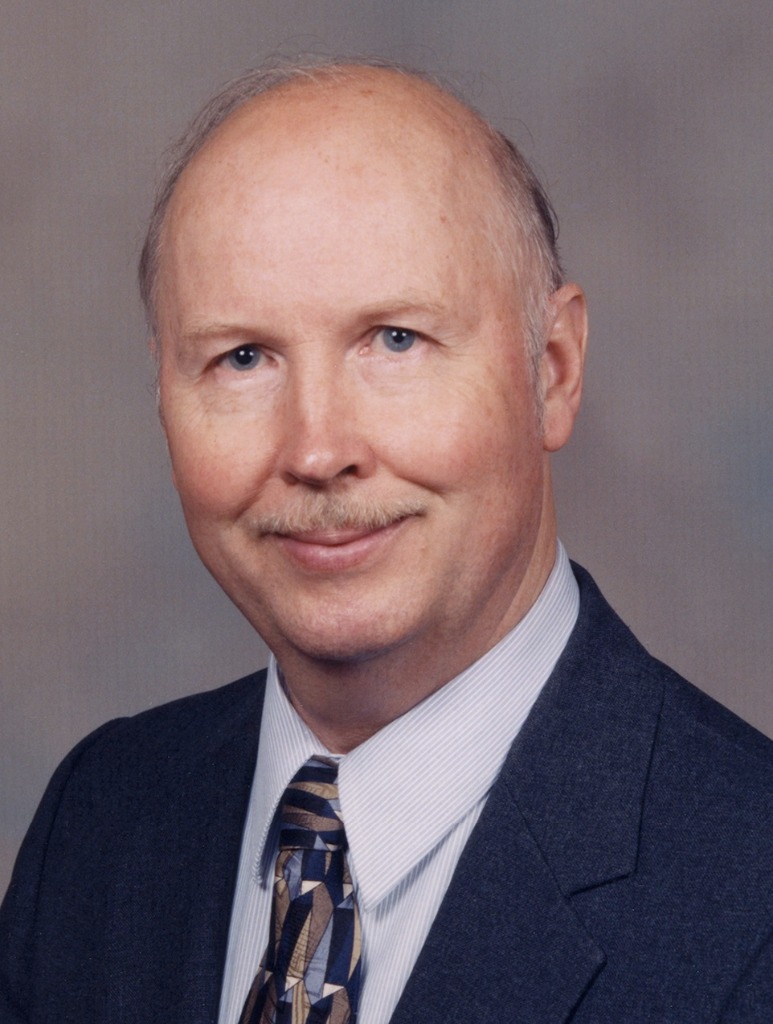 David Victor Matson 1937–2019 Pelican Rapids—David Victor Matson joined his wife Astri in their Lord's loving embrace on Saturday, December 21st, 2019 at Pelican Valley Senior Living in Pelican Rapids, MN. David was born on January 13th, 1937 to Ruth Linnea (Youngquist) and Victor Carl Matson in Saint Peter, MN. He graduated from St. Peter High School in 1955, where he was an active student participant in multiple bands and other activities such as the camera and A/V clubs, debate team, thespians, and track & football teams. He attended Gustavus Adolphus College in St. Peter, graduating with a BS in Physics in 1959. While a student he was instrumental in maintaining and upgrading the campus radio station KGAC, and once again pursued activities of both musical (percussionist) and athletic natures. A few months after graduation, he received a Radio Operator's license from the FCC. Technical and engineering pursuits and accomplishments continued in the years to follow. As a cofounder of Midwest Record Distributors in St. Peter, David spent part of 1961 overseas recording the School Band of America during their tour of Europe, later producing an LP record of their performances. Working with the Hendrickson Organ Company, he assisted in the building and installation of pipe organs, including the company's very first instrument, Opus 1, at First Lutheran in Winthrop, MN in 1966. After a short time teaching music in a small town, he elected to continue his studies at the University of Illinois, earning both a Masters in Education and a certificate in the teaching of Engineering Technology in 1967. Through mutual friends he was introduced to his future wife Astri G. Erickson of Fergus Falls, MN and they were joined in marriage at Bethel Lutheran Church in Fergus Falls on August 20, 1967. Following a move to Milwaukee, WI they had their first son Carl in 1969 and another son, John, in 1971. David was hired by the Milwaukee Area Technical College (MATC) in 1967 and spent the next 32 years as a Professor of Electronics, eventually serving as Department Chair. Starting in the mid 1970s, he and his family enjoyed the benefits of having summers off by buying lake property on Matson Point, Lake Lida, outside of Pelican Rapids, MN. He was highly active and visible in local church communities, often teaming with wife Astri's organ playing on the technical side of things while also singing in and occasionally directing the church choirs and playing tympani in Easter Sunday productions. Following his retirement from MATC in 1999, David and Astri moved to Pelican Rapids and enjoyed the benefits of lake home living including fishing, yardwork, planning for and hosting family reunions, and travelling within the US and also abroad (Iceland, Russia, & Argentina). Preceding him in death was his wife Astri in 2017, and his parents Victor and Ruth. David is survived by his sister Beverly (Don) Gustafson, son Carl (Ann Nagle) of Watertown, WI, son John (fiancé Jenn) of Germantown, WI, and grandchildren August and Grace of Watertown, WI; sisters-in-law Marita (Lee) Erickson and Kathy (Arland) Erickson, and numerous nieces and nephews. A visitation will be held at 10:00 a.m. on Saturday, January 11th at Faith Lutheran Church in Pelican Rapids, MN, followed by a memorial service at 11:00 a.m. with Pastor Michael Buller officiating. There will be a lunch reception immediately following the service. In lieu of flowers the family asks that any memorials or donations be made to the Faith Lutheran Church Organ Fund, the C.F. and Leona Erickson Music Scholarship Fund at Hillcrest Lutheran Academy (Fergus Falls), the Alzheimers Association, or Pelican Valley Senior Living. Online memories and condolences may be shared at www.larsonfuneralpelicanrapids.com

To plant a tree in memory of David Victor Matson as a living tribute, please visit Tribute Store.
Load comments