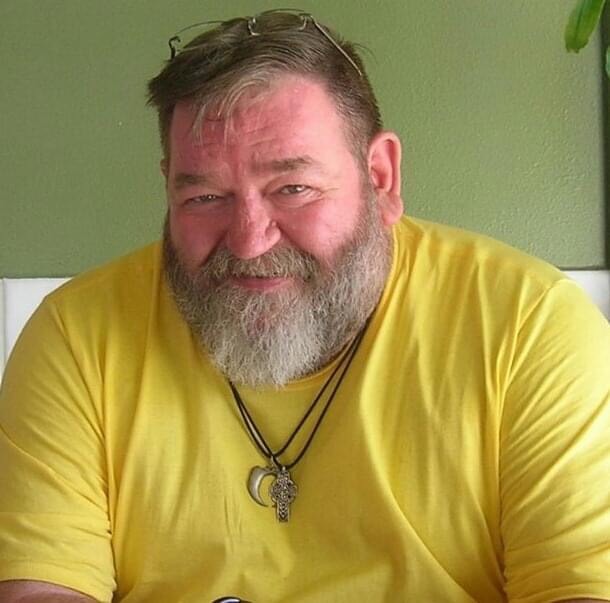 Richard G. (Bear) Hanson 1955–2020 Minneapolis—Richard G. (Bear) Hanson, former chef, died at North Memorial Hospital on June 18, 2020. He was born on July 3, 1955 to Gerald and Betty Hanson of St. Peter, MN. He graduated from St. Peter High School in 1973. He attended South Central Technical College majoring in culinary arts. He worked at several restaurants over the years including Neiman Marcus Restaurant in Scottsdale, AZ, Figlios and the Gay 90s in Minneapolis. He painted a mural at the Gay 90s as well as being the kitchen manager/ chef there from 1981- 1995. He enjoyed music, movies and the arts. And he loved talking with his friends and spending time with them. He is survived by his sister, Lynda Nygard, her granddaughter, Carissa, and wife, Ashley Murtha, his brother, Ron Hanson and sister-in-law, Cheryl, his niece Heather Miller and husband, Lee and their children, Christopher, Katie and Nicholas, nephew, Dustin Hanson and his wife, Allison, and their children, Jaden and Malia. He was preceded in death by his parents and nephew, David Nygard. Special thanks to Jamie Runyan for all of his help and for being a true friend to Richard. Also survived by special friend, Eddie Mcler and many cousins. A gathering of friends and relatives will be held at a future date.