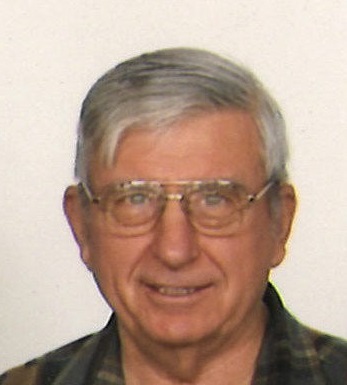 Jerome Anthony Jaeger 1934–2020 St. Peter—Jerome Anthony Jaeger, age 85 of St. Peter, passed away on Friday, May 15, 2020 at the Benedictine Living Community, St. Peter. A private Mass of Christian Burial will be held. St. Peter Funeral Home is assisting the family with arrangements. Jerome was born on October 20, 1934 in Geddes, SD, to Tony and Teresa Jaeger. He graduated from Geddes High School in 1953. After graduation, Jerome had small jobs, worked on a bridge in Geddes and worked on the farm before going to Pierre to work as a laborer on the Oahe Dam for a year before getting employment with the Iron Workers Union. He was drafted into the Army in 1957 and served in the states before being sent to Germany in 1957. He met Martha Weber in 1959 and they were united in marriage on June 18, 1960. With Jerome's work they travelled to states including: Arkansas, South Dakota, and Oklahoma, before settling in St. Peter, MN in approximately 1967. In his earlier years, Jerome enjoyed fishing and hunting (pheasants, grouse, and prairie chickens). He enjoyed spending time with his large family of siblings, Martha, and their children. Jerome worked most of his life as an iron worker and endured many injuries during that time. A stroke left him unable to continue working in his 50's and he became an avid reader of politics and studying the stock markets. Jerome was also a member of the Knights of Columbus. Jerome will be remembered for his cards he carried with the definition of economy that he liked to hand out, as well as the phrases he often quoted to his children and grandchildren including: "Can't never did anything, try might!" and "self-discipline, be honest with yourself, act responsibly - - without these, life is tough!" Jerome is survived by his children, Pat Jaeger, Terry (Kelly) Jaeger, and Laura (Jeff) Davis, all of which live in the St. Peter area; grandchildren, Mandy (special friend, Rob) Jaeger, Scott (Amanda) Jaeger, Sami (special friend, Lucas) Jaeger, Tanner (Maddi) Jaeger, Haley Jaeger, Shelby (John) Quist, and Dylan Davis; great-grandchildren, Sydney, Mackenzie, Addy, Ella, Briea, Easton,Wyatt, Veda, and Miles; siblings, Dick Jaeger, Sister Mary Jaeger, George (Eileen) Jaeger, Madeline (Jim) Stoltz, Don (Lila) Jaeger, Tom (Elaine) Jaeger, Lawrence (Colleen) Jaeger, JoAnn (Dennis) DeBoer, Ken (Cindy) Jaeger, Gene (Peggy) Jaeger, Roger (Cindy) Jaeger, and Ray (Kim) Jaeger. Jerome was preceded in death by his wife, Martha in 2009; brother, Bob, and sisters-in-law, Cheryl and Phyllis.

To plant a tree in memory of Jerome Anthony Jaeger as a living tribute, please visit Tribute Store.
Load comments