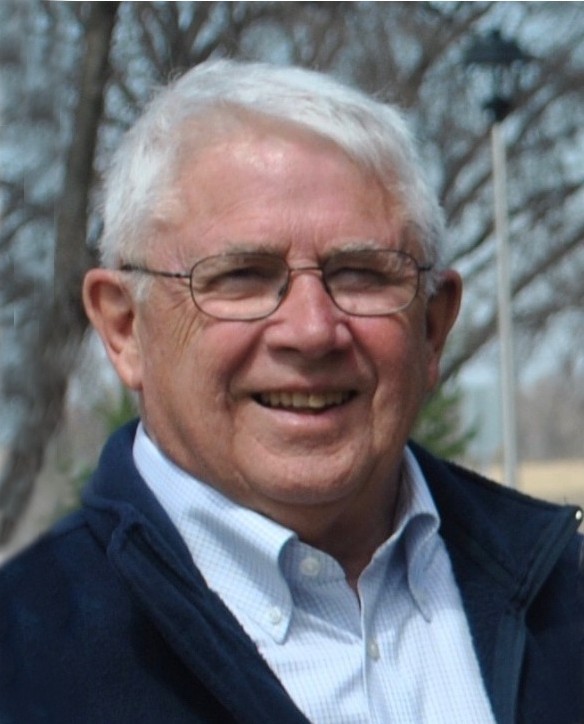 Roger Lee Skattum 1941–2020 St. Peter—Roger Lee Skattum, formerly of Edgewood, IA, died peacefully on September 5, 2020 at Benedictine Living Community following a recently diagnosed struggle with cancer. Roger, age 78, was born on November 14, 1941 in Sioux Falls, SD to Asle and RoseAnn (McDermott) Skattum. He grew up in Hills, MN where his outstanding athletic accomplishments led to his 1958 recognition as All Star Defensive Tackle. Following high school, he continued his education at Winona State University majoring in Business. He graduated in 1964 and enlisted in the U.S. Army. He was accepted into Officer Candidate School at Fort Benning, Georgia and served as a Second Lieutenant from 1964- 1968. While attending college, Roger met the love of his life and partner in crime, Donna Mae Myran. They were married in Wykoff, MN in 1965. Together they raised two amazing children, Laura Ann and Thomas John (TJ), and shared 55 years of unstoppable adventure. Following his years of military service Roger's career in human resources was launched at McDonald-Douglass in St. Louis, MO, and continued with Streater Inc. in Albert Lea, MN, a Hospital in Oconomowoc, WI, and finally as Vice President of Human Resources at The Bank of St. Louis, MO. In 1977 a major career change took the family to Edgewood, IA when Roger and Donna purchased the local newspaper, The Edgewood Reminder. There they adopted every aspect of community life for 40 years. Commitment to community and sports led him to the sidelines of every event with camera in hand. Once met, all were friends. His love of photography carried over into every aspect of his life. Love of all things related to their children and grandchildren regularly found the pair on the road to St. Peter or Chicago. Roger loved to visit his grandchildren. In 2017, Roger and Donna moved to St. Peter. One of Roger's most deeply felt honors was the unexpected recognition of his years of military service through his participation on an "Honor Flight" to Washington DC in 2019. Roger was preceded in death by his parents. He is survived by his wife, Donna; his daughter, Laura (Mark) Boomgaarden of St.Peter; his son, Thomas (Kate) Skattum of Chicago; his brother, Paul (Jeanne) Skattum of Rochester; 6 grandchildren, Ella, Anna and Leah Boomgaarden of St. Peter, and Jane, Lucy and Tommy Skattum of Chicago; and many much loved cousins, nieces and nephews. His absence will be deeply felt by all who knew him. Thanks to Benedictine Community Living and the Mayo Clinic Hospice program for their loving care. Arrangements have been entrusted to the St. Peter Funeral Home. A private family service will be held concluding with interment at Fort Snelling National Cemetery. In lieu of flowers, donations may be made to the Eastern Iowa Honor flight at https://eihonorflight.org/.