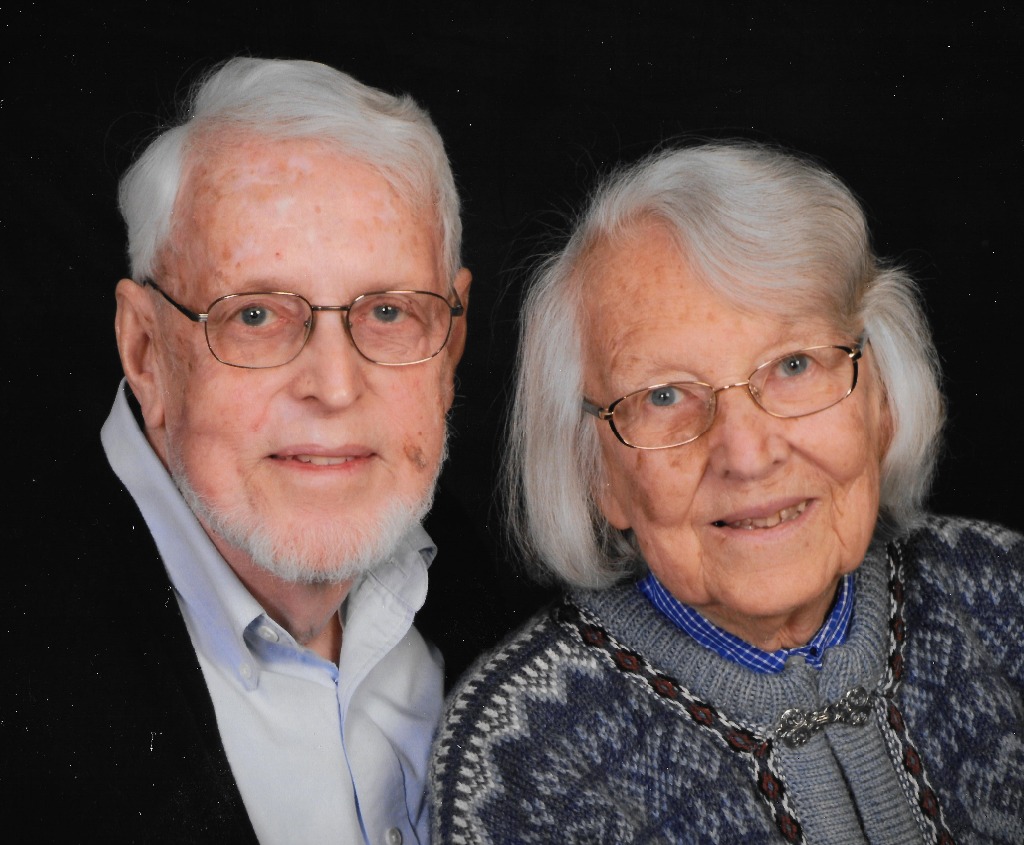 Morton and Dorothy Eliason St. Peter —Morton Albert Eliason, age 88, passed away peacefully on January 3, 2021 after a brief illness. His wife, Dorothy Bartlett Eliason, age 91, slipped away peacefully to join him on January 4, 2021. Mort was born in Fargo, ND on April 26, 1932, to Albert and Marguerite Eliason. He graduated from Moorhead High School in 1950 and Concordia College in 1954. Mort earned a Ph.D. in Chemistry at the University of Wisconsin in 1957. Dorothy was born in Milwaukee, WI on March 22, 1929, to Chester and Helen Bartlett. She graduated from Wauwatosa High School in 1946 and Milwaukee State Teachers College in 1950. After completing college, Dorothy was an elementary school teacher in Milwaukee, WI. She also attended graduate school at the University of Wisconsin, where she met Mort. Mort and Dorothy married on August 18, 1956 in Wauwatosa, WI. After living in Madison, WI while he completed his doctorate, Mort and Dorothy moved to Rock Island, IL, where Mort began a lifelong career teaching chemistry at Augustana College. He focused on excellent teaching but also pursued research that took their family to various universities during the summers. Dorothy's preparation as an elementary teacher served her well in raising their four children. Mort and Dorothy moved to St. Peter, MN in 2001 after Mort retired from teaching. Mort and Dorothy joined First Lutheran Church and pursued a variety of volunteer activities, including Habitat for Humanity building projects. Mort and Dorothy were lifelong learners and traveled widely during retirement, sampling diverse Elderhostels. Mort also cultivated a plot in the community garden. In later years, Mort provided steadfast loving care for Dorothy, who suffered from dementia. Throughout his life, Mort enjoyed hiking and fishing, especially in the mountains. He was an avid reader and thinker. In addition to chemistry, Mort was interested in the relationship between science and religion and spent a sabbatical year at the Graduate Theological Union in CA exploring this topic. Dorothy was an accomplished seamstress, quilter, and cross-stitcher. She took great pride in the clothes she made for herself and her children when they were young. In later years she turned to quilting and cross-stitching, and she leaves behind a legacy of marvelous and meaningful quilts and hangings. In addition to the pieces she made for her family, Dorothy made many lap quilts for others. Mort and Dorothy are survived by children Ellen (Dave) Kisker of Johnstown, CO, Eric of Moorhead, MN, Kent (Barbara) of Acton, MA, and Karl (Laura) of Indianapolis, IN. They are also survived by grandchildren Christina Kinney, Samantha (Bill) Raber, Travis (Anila), Kevin (Emma), Emma, Sara, and Ben, and eight great grandchildren. A Celebration of Life will be held at a later date when it is safe to gather. A special thank you to Ecumen Prairie Hill staff for providing a comfortable and supportive home for Mort and Dorothy in their later years. The family suggests memorials be given to Augustana College, ELCA World Hunger, Habitat for Humanity, or the charity of the donor's choice.