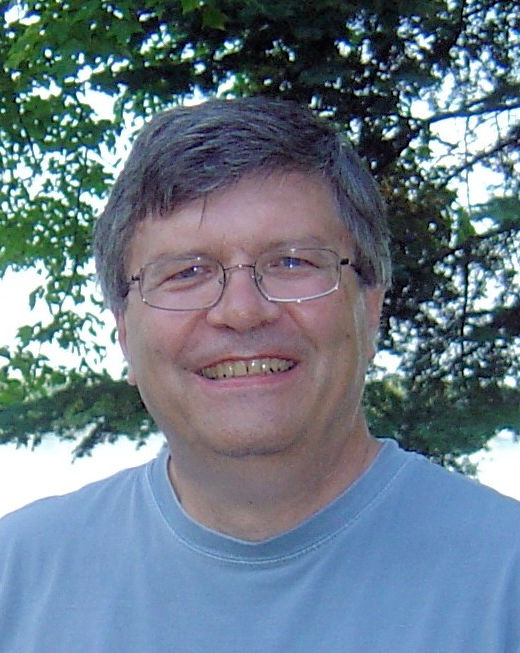 David Norris Rosenow 1953–2020 Sauk Rapids, MN—David Norris Rosenow, age 67, of Sauk Rapids, MN, passed away Sunday, December 27, 2020, at St. Cloud Hospital in St. Cloud, MN, with family members at his side. David was born September 20, 1953, in Minneapolis, MN, the first-born child of Darrel Dean and Mary Grace (Norris) Rosenow of Long Prairie, MN. He grew up in central Minnesota, attending schools in Long Prairie, Brainerd and Gaylord before graduating from St. Peter High School in 1971. After attending the University of Minnesota-Duluth for two years and playing the baritone in the UMD marching band, he transferred to the University of Minnesota-Twin Cities and graduated in 1975 with a Bachelor of Science in Mechanical Engineering. He began his 31-year career in the aerospace industry as a test engineer at General Dynamics in Fort Worth, Texas, working on the F-16 fighter project. In 1977, David moved to Fairfield, OH, joining General Electric Aircraft Engines to work on the CFM56®, the most-used turbofan engine in the world. He spent the remainder of his career working on this joint-venture project with the French company SNECMA (now Safran), from early in its development through launch in 1982 and many subsequent advancements and improvements. David was an accomplished and well-regarded mechanical design engineer and engineering manager, receiving numerous awards and promotions before retiring in 2006. David truly enjoyed his work, his trips to France, and his local and French co-workers. His career choice, satisfaction, and success inspired his youngest brother Chuck to also pursue a career in mechanical engineering and to join David in working at GEAE for several years. Upon retirement, David returned to Minnesota to enjoy his cabin and to live closer to his parents, his siblings and their children. He enjoyed spending time with family and helping his parents. He remained acutely interested in the aerospace industry throughout his retirement, keeping up on all the latest news and developments and discussing them at length with Chuck. David loved relaxing by the lake or a birch wood fire with his dog, listening to classical music, following world and financial news, and managing his investments. David was a voracious reader and patron of public libraries throughout his life. David is survived by his mother, Mary, formerly of St. Peter and now Anoka, MN; brothers Darrel Dean, Jr. (Lucy) of Minneapolis and Charles (Kathy) of Ramsey; brother-in-law Dr. Mark Heggem of Aitkin; nephews Joshua (Shauna) of Fergus Falls, Andrew (Nicolina) of Goodlettsville, TN, and Nathan (Matt Dittes) Heggem of Brooklyn, NY; nieces Taylor Rosenow of Coon Rapids and Fuhua Ding of Minneapolis; five great-nephews and one great-niece whom he enjoyed treating with cards and gifts; many cousins, aunts, and uncles. David is survived as well by his faithful Welsh Terrier, Jenny, his constant and loyal companion who will also miss him greatly. David was preceded in death by his father, Darrel Dean Rosenow, Sr.; sister Elizabeth ("Liz"); and grandparents, George and Lydia Rosenow and Edmond and Grace Norris. A private service and burial will be held at a later date at Woodlawn Cemetery, St. Peter, Minnesota. St. Peter Funeral Home is assisting the family with arrangements. Memorials may be sent in David's memory to Courage Kenny Foundation, Minneapolis, MN, or Great River Regional Library, St. Cloud, MN.

To plant a tree in memory of David Norris Rosenow as a living tribute, please visit Tribute Store.
Load comments