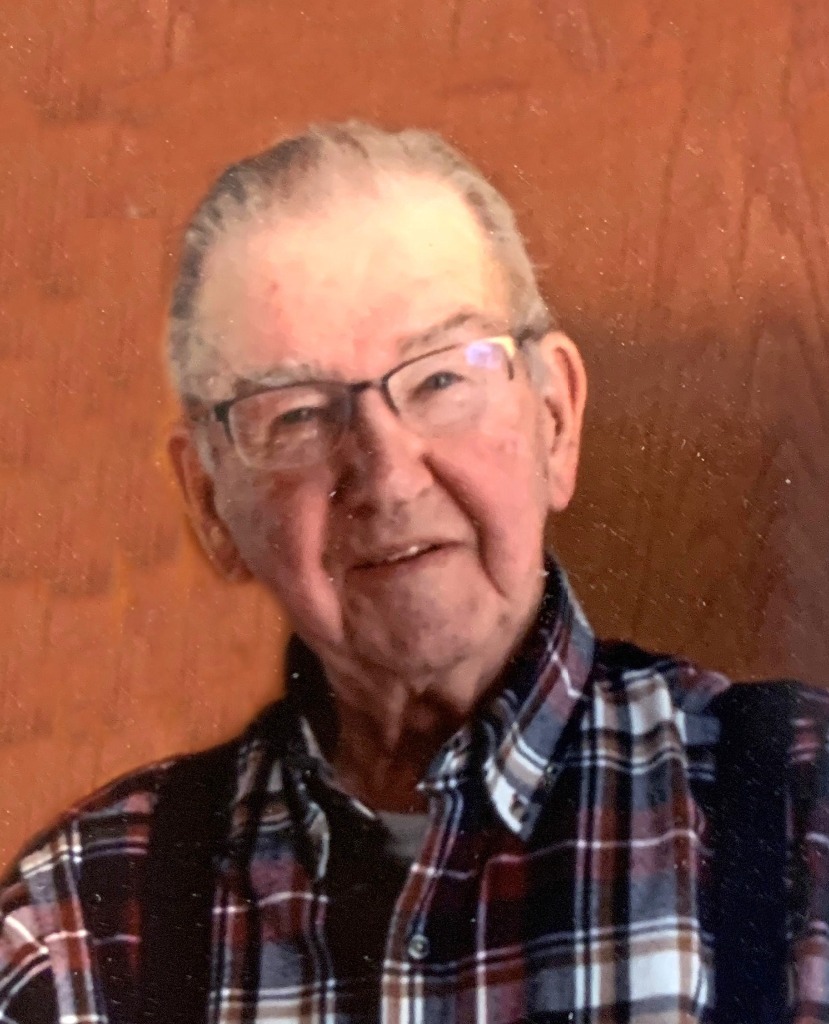 Conrad "Connie" W. Peterson 1927–2020 St. Peter—Conrad "Connie" Willis Peterson, age 92, of St. Peter, died Friday, January 10, 2020 at River's Edge Hospital in St. Peter. Visitation will be held from 1:30 p.m. to 4 p.m., Saturday, February 15, 2020 at the Chapel at Benedictine Living Community, 1907 Klein Street, St. Peter. Please share a memory of Conrad with his family at www.saintpeterfuneralhome.com. Conrad was born February 24, 1927 in Minneapolis to Fred and Cora (Scholl) Peterson. He was raised on a farm near Norseland where he worked until his early 20s. In 1948, Conrad moved to California for a job opportunity and was introduced to Nina "Lita" Baugher. They were married on February 28, 1950 in St. Peter. Conrad and Lita made their home in St. Peter, and he began working for Johnson's Overall Factory, where he worked for 27 years. After they closed the business, Conrad worked as a custodian at the Nicollet County Courthouse until retirement in 1992. In his spare time, Conrad enjoyed traveling throughout the United States, spending time with his grandkids, and visiting the casino. He enjoyed watching and feeding the squirrels and birds. One of Conrad's greatest strengths was the ability to create something to solve a problem. He was a handyman who could fix anything. Conrad is survived by his wife of nearly 70 years, Lita Peterson; daughters, Linda Peterson of North Mankato and Nancy (Russell) Birch of Chanhassen; grandchildren, Cary McMoran, Mandy (Ryan) Walter, Cortney (Rick) Galster, Nathan (Heather) Birch, Natalie (Jonathan) Patience, and Noah Birch; great-grandchildren, Ricky, Christopher, Charlotte, Oskar, and Oswald; and half-sister, Jean Mockel. He was preceded in death by his parents; son, Gary Peterson; brother, Louis Peterson; and sister, Lillian Seitzer.

To plant a tree in memory of Conrad W. Peterson as a living tribute, please visit Tribute Store.
Load comments