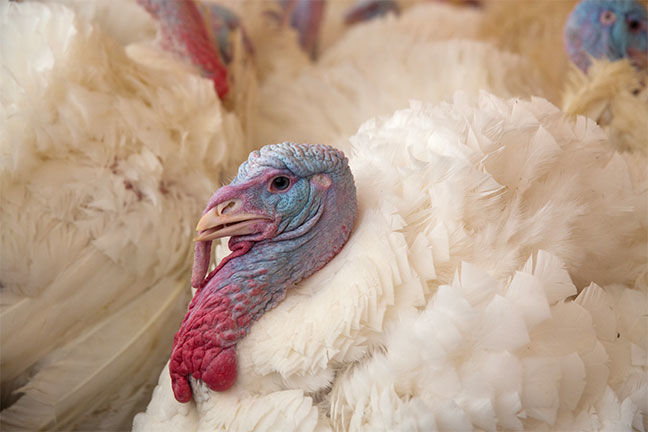 Minnesota is the nation’s largest turkey producer. U of M experts worked with the U.S. Department of Agriculture to develop a 14-point biosecurity plan that’s been adopted in national legislation. (Photo courtesy of the University of Minnesota Extension) 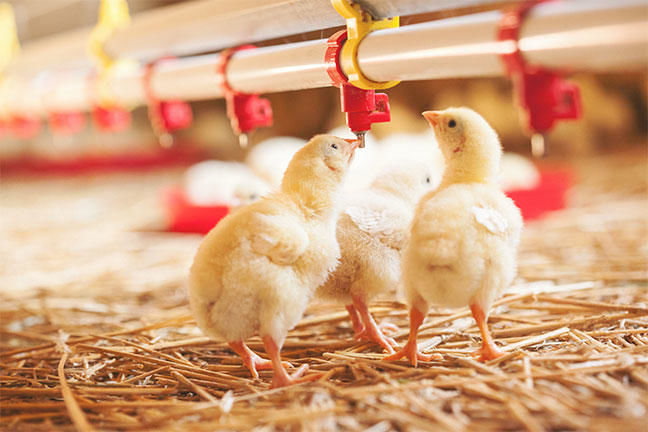 Minnesota is the nation’s largest turkey producer. U of M experts worked with the U.S. Department of Agriculture to develop a 14-point biosecurity plan that’s been adopted in national legislation. (Photo courtesy of the University of Minnesota Extension)

Minnesota is among the nation’s top 10 producers of eggs, chickens, and pheasants, and is the number one turkey producer in the world. A high percentage of these producers are independent, family owned farms—third, fourth, and fifth generation. Minnesota’s rural communities have grown up around the poultry industry.

A big reason for the industry’s success in the state is that University of Minnesota experts work directly with poultry producers, molding their questions and challenges into research and innovation.

Among these U of M experts is Professor Carol Cardona, who specializes in avian health.

During an avian influenza outbreak the most critical point to protect is the farm gate, where infection could enter from an already infected farm. Another critical protection point is the barn door—and most farms have several barns.

A biosecurity measure is any practice used to separate a producer’s healthy birds from a source of infection. “This is much like the steps we take to protect ourselves when people have colds,” Cardona says. “We encourage those who are infected to stay home and then to cover their cough.”

A good example of a biosecurity measure for keeping infection outside the barn is the “Danish entry system.”

The basic idea is this — inside the entry to a barn, a person sits down on a bench, removes their footwear and other “dirty” exterior garments, and then swings around and puts on “clean” items waiting on the other side.

Executing even such a simple maneuver can be difficult at first. So the University of Minnesota has an education trailer in which producers practice the Danish entry before trying it at the farm.

Sampling at the source for influenza

Poultry is raised in large numbers, and with so many birds it is difficult to efficiently detect avian influenza. This is crucial during an outbreak, where maybe 90 percent of the birds are healthy and yet still need to be cleared for safely moving to market.

In 2012, Cardona developed a new sampling method to help producers detect avian influenza. Rather than sampling a few birds at random, a single sample is taken at the water source where many birds drink. With a single sample one can, in effect, test 50 or 60 birds.

Partnership with industry is key

“Regulators, academics and industry need to work together because each of us only knows some piece of the puzzle,” Cardona says. “Together we can understand the whole thing.”

The key during an outbreak is having already built the relationships. So U of M experts meet monthly with the poultry industry to get ahead of the problems. This really helps when the time comes to make difficult choices.

“The one thing we can count on is the partnerships we’ve built,” Cardona says. “That’s why Minnesota poultry is going to continue to be a success story.”

#1 — Where Minnesota ranksfor turkey production in the US

450 — The number of independent turkey farmers—the  most of any state — Minnesota has.

“Carol Cardona’s expertise and guidance during and after the 2015 avian influenza outbreak in Minnesota was crucial in helping the poultry industry move forward.”