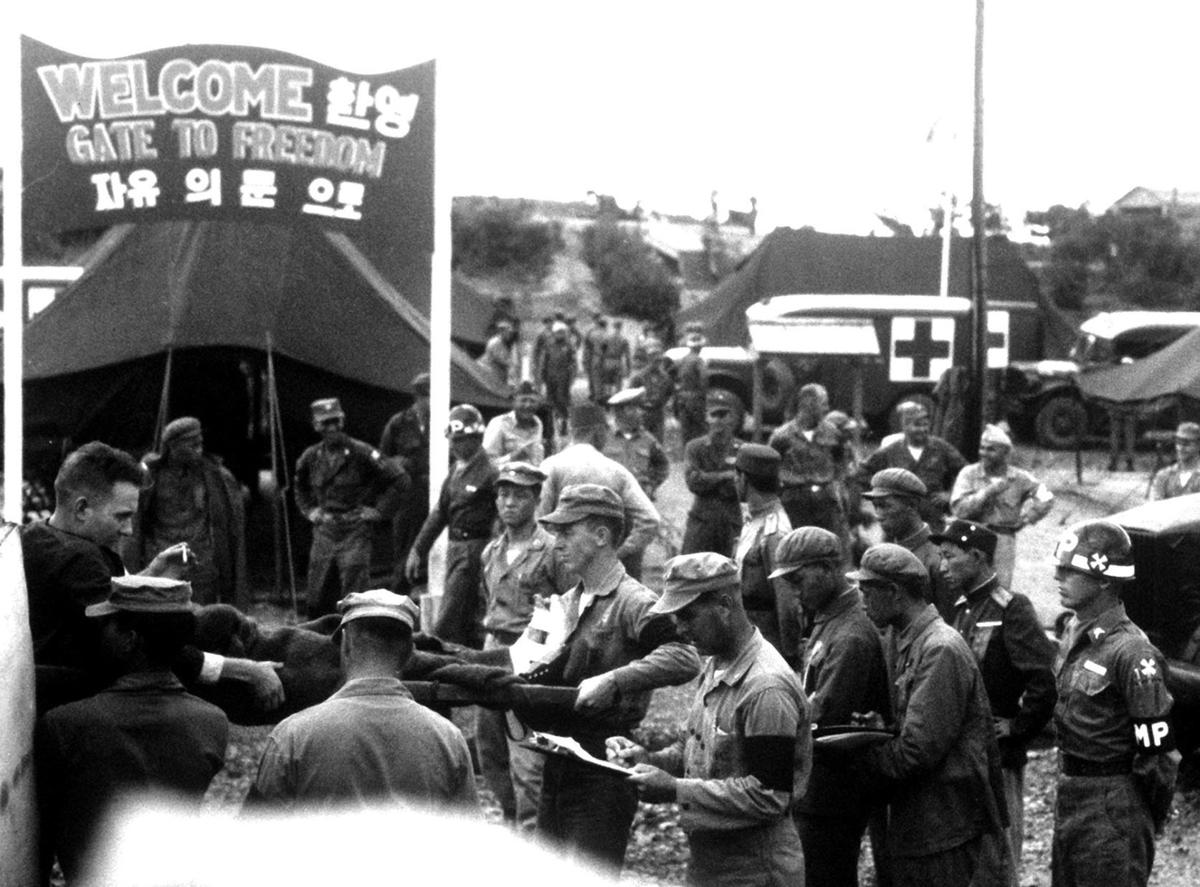 A close up view of UN POWs being returned to a receiving center at Panmunjom, Korea by the Communist military during the Korean War. (United States Air Force photo) 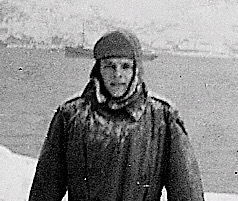 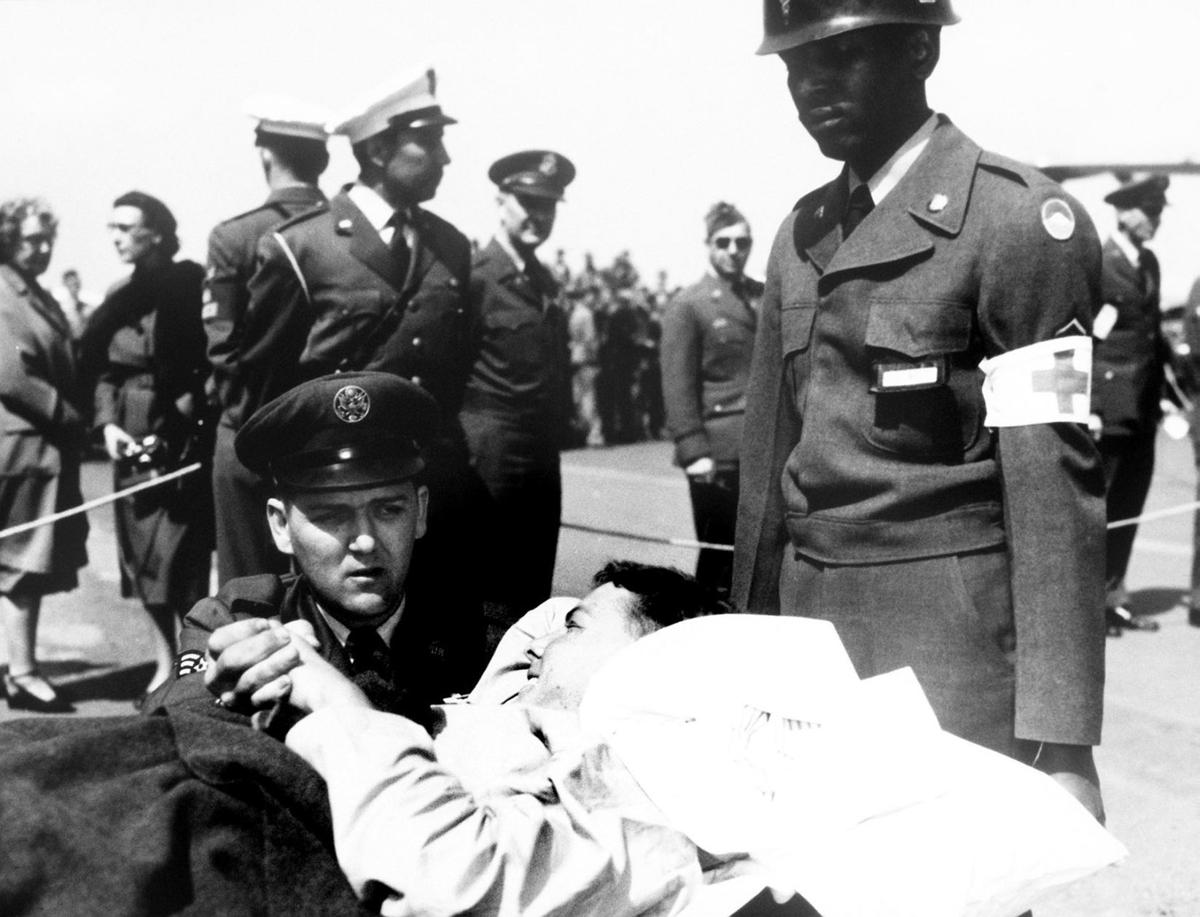 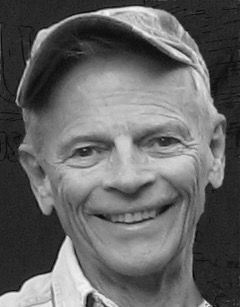 This year is the 70th anniversary of the beginning of the Korean war. Many St. Peter men were in the conflict and would like their commitment not forgotten.

On the morning of June 25, 1950, an army of 107,000 well-trained North Korean army, NKPR, roared over the 38th parallel, the boundary with South Korea. Their plan was to conquer the southern half of the country in six months and restore the area to be one communist nation.

They came within a hair’s breadth of doing so.

The South Korean government had no idea that a war was imminent. Its army was poorly trained and inadequately armed.

President Truman took the issue to the United Nations and succeeded in getting the UN to support the war. Eventually, 16 countries sent troops and 41 sent equipment or aid. The United States had one division in Japan that was equally unprepared. Nevertheless, the President ordered the unit to Korea, and, with the South Korean forces, the objective was to slow the NKPA advance and give time for additional UN forces to arrive. They were out-classed, desperate for help, but did their best.

The holding action served its purpose and prevented the NKPA from forcing the UN forces to evacuate the country. At the end of August, additional troops from the U.S. and England were able to stem the tide.

The war suddenly took a very swift and unexpected turn at the end of September. An amphibious landing by the UN army occurred well behind the front lines. With their supply lines cut, the NKPA was totally unprepared and they fled to the north.

The UN forces chased the NKPA north across the 38th parallel. By mid-November, the UN forces drove to the Yalu River, the border between Korea and China.

The UN forces, while driving to the north, were split into two units located on each side of a north-south mountain range that divides the country. The mountains reach to an elevation of 12,000 feet. Winter was fast approaching.

While the UN forces were pursuing the NKPA, unbeknownst to the UN command, the Chinese had amassed a 300,000 veteran army along their side of the Yalu River. This mass of men was split in two, one on each side of the mountains. They infiltrated along the sides of the UN army, 180,000 to the east and 120,000 to the west, all done in extreme winter conditions.

It was a new war. The UN command had ignored signs that the Chinese were in North Korea. The UN army was in serious trouble.

On the west, the UN forces were suddenly attacked by the Chinese and were forced to make a precipitous retreat. They suffered a high number of casualties.

On the east side, the marines conducted a brilliant battle fending off the Chinese in the snow covered mountains with temperatures ranging from 30 degrees to 40 below zero. The Chinese had hoped to completely destroy the marines but failed miserably. The marines left their mark and departed for another day.

The UN forces retreated south past Seoul. In July of 1951, after a series of battles, they established a continuous line of defense across the full width of the country.

The war had now become a war of attrition, i.e., it was a major killing zone. A host of sporadic extreme battles were fought in relatively isolated locations. This activity lasted for a year and a half.

The second finally ended the battles and a demarcation line between the two governments was established with a 10 mile wide demilitarized zone. The combat ended with a truce signed on July 27, 1953.

Pell Johnson is a veteran and a long-time St. Peter resident.