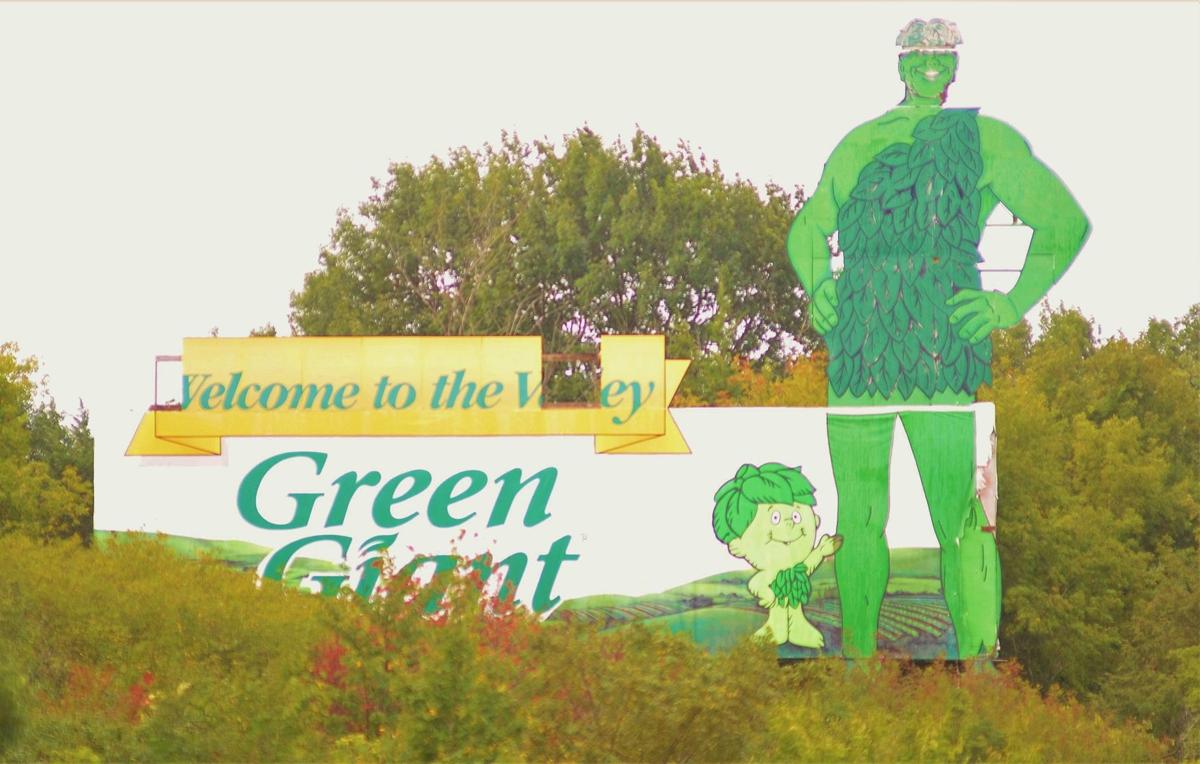 The Green Giant sign, which pokes out of the trees on the east side of Hwy. 169, north of Le Sueur, is going to be repaired by B&G Foods, the current owner of the brand. (Dana Melius/Le Sueur County News) 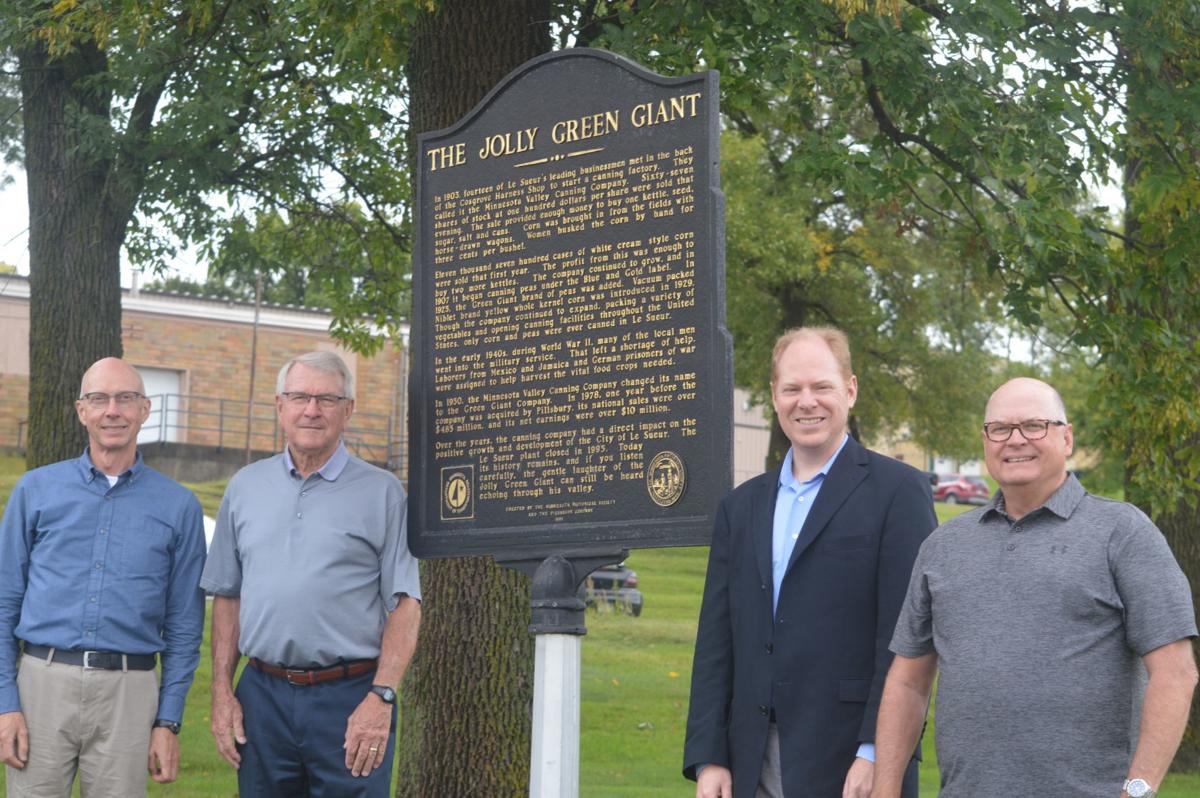 The Jolly Green Giant is getting a well deserved makeover.

B&G Foods, the owners of the Green Giant brand, announced on Thursday, Sept. 12 that the company would be repairing the Green Giant sign off Hwy. 169 that pokes out of the trees and welcomes visitors to the Minnesota River Valley.

The sign fell into a state of disrepair over the last several years. An overgrowth of trees has partially obstructed the view of the billboard from the highway and the sign’s greeting “Welcome to the Valley,” is missing letters from weather damage. The sign dates back to 1974 and its most recent facing was put up in 2002.

B&G Foods Green Giant Brand Director Juv Marchisio, out of New Jersey, told a group of Le Sueur residents and retired Green Giant employees during a visit Thursday that B&G plans to repair the sign before winter hits and would continue upkeep of the billboard for at least three years. That upkeep includes addressing lighting issues and the tree line to make the sign more visible.

The announcement came on an important day for many in Le Sueur. Sept. 12 also marked the 30th Green Giant anniversary and reunion.

“We’re always committed to the history of things and their future,” said Marchisio. “We’re kind of like experts in preserving brands. We own Underwood Deviled Ham, one of the oldest brand trademarks in the US, as well as B&M baked beans, Cream of Wheat and B&G Pickles.”

Marchisio also announced that the billboard could see a redesign.

“We haven’t come up with a final creative. We’ll be keeping in the history of the brand,” said Marchisio. “We’re looking at a couple options and we will run it by the local townspeople.”

A redesigned Green Giant could see a modernized look like the image currently featured on Green Giant packaging. Since B&G’s purchase of the brand from General Mills in 2015, the company has looked for ways to update the brand through new packaging, comedic commercials and new products, like veggie tots and cauliflower pizza crusts.

The announcement of the sign’s repair, which was hosted in the Cornerstone Bank by President Chad Olness, was received with enthusiasm by those in attendance.

“We’ve lost our museum. Keeping the sign up is important to the heritage of the community,” said Randy Baum, a retired Green Giant agricultural director. “St. Anne’s recently had a theme where they talked to the kids about the Green Giant and they had to learn the jingle down pat … It’s an illustration of the value of the Green Giant brand.”

Though the Green Giant plant in Le Sueur closed more than 20 years ago, the influence of Green Giant on the city is inescapable.

Green Giant, then known as the Minnesota Valley Canning Company, was founded by 14 Le Sueur businessmen in 1903. The company was a pioneer in industrial canning and sold over 11,000 cans of product in their first year of business.

In 1925, the Minnesota Valley Canning Company spawned one of the most recognizable advertising icons nationwide, the Green Giant, and in 1950, the canning company changed its name to that of its beloved mascot.

At its peak, the Green Giant headquarters provided hundreds of local jobs to the city of Le Sueur. The community benefited from the company’s presence in a number of ways, with executives becoming local leaders and workers filling up the homes and building new ones.

But the headquarters later moved to Minneapolis, following Pillsbury’s acquisition of the company in 1979. The Le Sueur plant would later be shut down in 1995. It was a crushing blow to the community, at the time, and the impact of the loss is still felt by many in the community today.

Still, the legacy of the Jolly Green Giant remains alive not only in the billboard welcoming visitors into town, but also in Le Sueur-Henderson Middle/High School’s mascot, the Giants, and Le Sueur’s annual festival Giant Celebration. Not to mention, the memories of many who lived in the community decades ago.

“There’s recognition of that brand and sign far and wide,” said David Braun, a Le Sueur area farmer. “I sat next to this woman on a bus from Ames, Iowa. When I told her I was from Le Sueur, she went, ‘Oh, that’s where the Green Giant sign is.’ … It sticks in people’s hearts and minds, not just the icon, but the jingle. She sang it to me!”

For those that knew the Giant well, this moment means a lot.