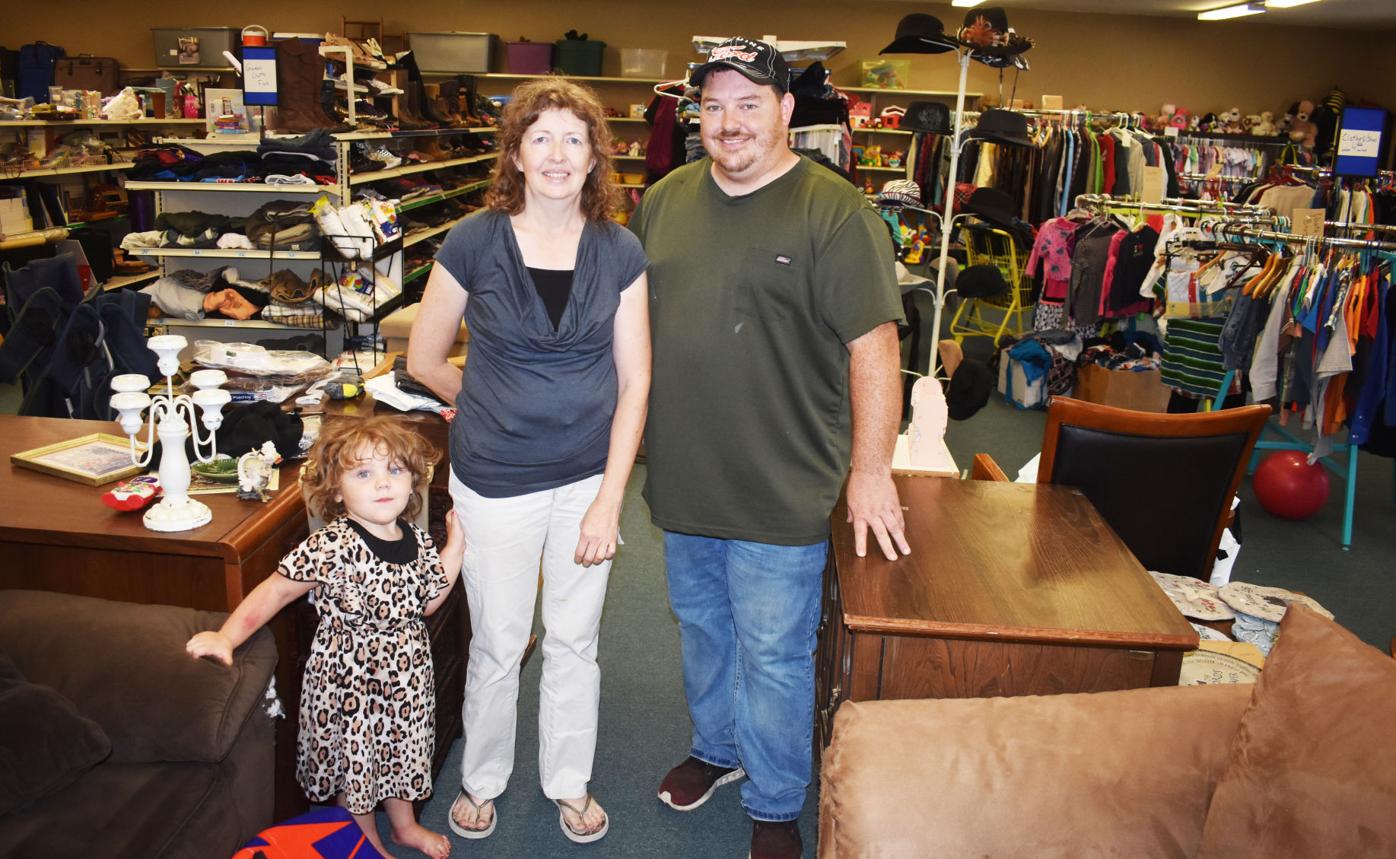 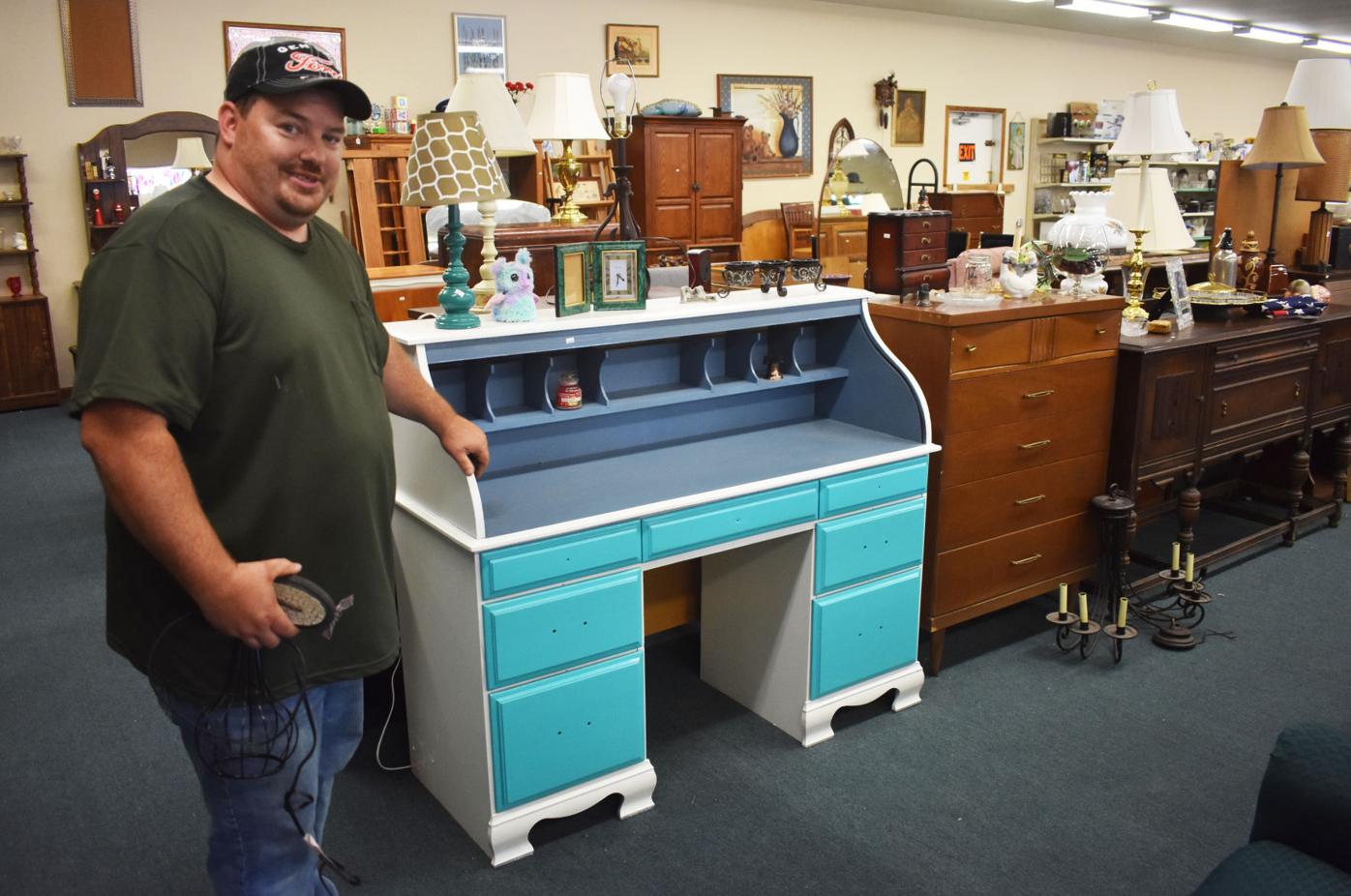 Dustin Ward enjoys upcycling old and used furniture, such as this bedroom desk, currently for sale at Finders Keepers. 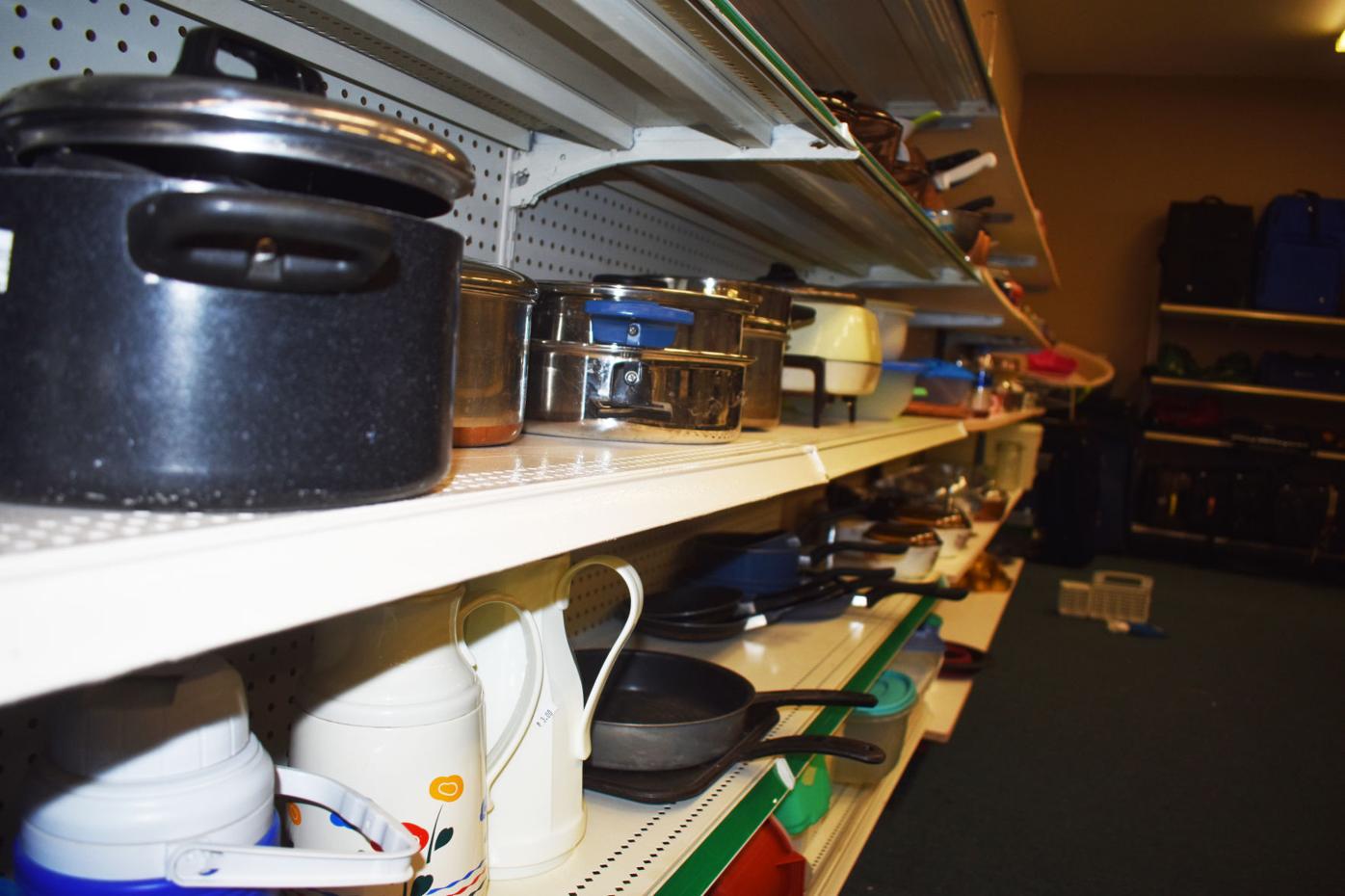 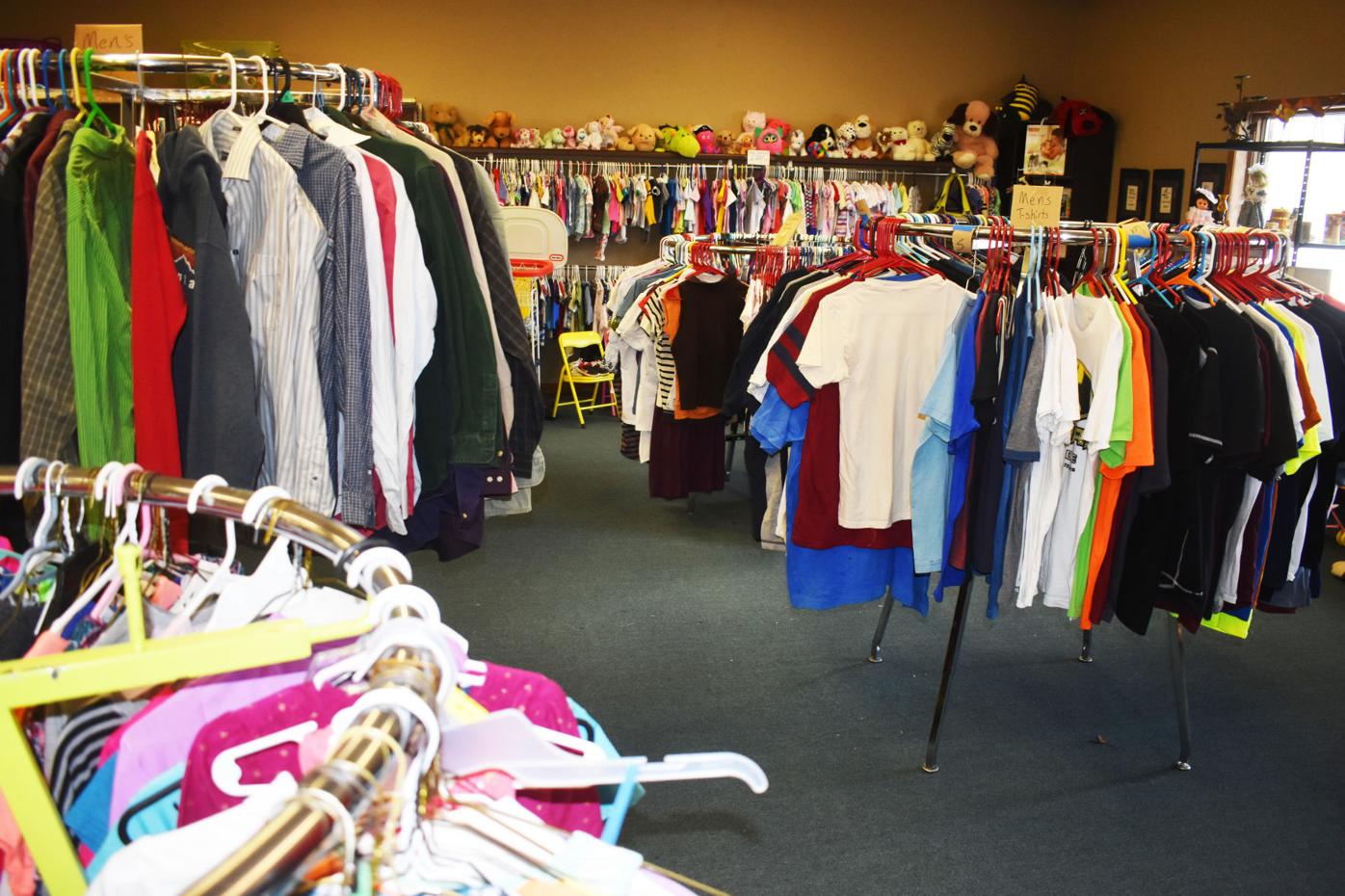 Owner Dustin Ward said the clothing at Finders Keepers is higher quality than what might be found in most thrift stores.

Dustin Ward enjoys upcycling old and used furniture, such as this bedroom desk, currently for sale at Finders Keepers.

Owner Dustin Ward said the clothing at Finders Keepers is higher quality than what might be found in most thrift stores.

The first time Dustin Ward attempted to open up a thrift store, things didn’t work out exactly as hoped. Thrifties, on Riverfront Drive in Mankato, suffered from a poor location and a lack of parking.

But his new store, Finders Keepers in St. Peter, is located right off Hwy. 169, with high visibility and plenty of parking. Along with a new partner in his mom, Karen Meyer, Ward hopes this new location will be the difference on his second try. He wants it badly.

“It was an emotional time, closing Thrifties,” Ward said. “I had made a lot of friends with customers, and to give it up and go back working for the man, it just wasn’t a good feeling.”

He added, “People liked that store, so I always wanted to come back and try it again.”

Outside of owning his own business, Ward has spent time working at Kato Metal and Dotson Iron Casting, at feed mills and in construction, “so I’ve beaten down my body.”

He moved to St. Peter about two and a half years ago to live with his wife, Tara Higgins. He had still been eyeing a second chance at a thrift store when he saw the old Amish Furniture building on the north end of town.

“I saw that he was going to retire, and I saw the building go up for sale, and I thought, ‘You know what, that’s about the right size,’” Ward said. “St. Peter needs what I’m offering, and between my parents and I, we have a lot of treasures that we want to share. We call it Finders Keepers, because we find it and you get to keep it.”

His mother, Meyer, agreed, feeling the time was right: “Finding this location was the deciding moment.”

For her part, Meyer, who took an ownership stake in Finders Keepers along with husband Dan Meyer, has been buying and selling and hosting garage sales for over 30 years.

“I like going to thrift stores and garage sales; I hit them every week,” she said. “I like deals, and if people would say ‘Oh, I’m just going to throw my stuff out,’ I say, ‘Oh, no, I’ll take it.’ I accumulate it. I was getting way too much stuff in my house, so I have garage sales every year.”

Ward remembers growing up amid the sales. And he contributed to the family’s stockpile, too, even as a kid.

“They were fun as a kid. I’d always get to see what we have that I forgot we had,” Ward said. “Otherwise, I’d be out riding my bike and coming home with whatever I’d fine on the curb.”

As Ward got older, his treasure hunting became more refined. He often visits auctions or clear-out sales, finding items worth saving. He eventually also developed a hobby for DIY crafting and upcycling. There is furniture in the store now that he cleaned up and improved.

“I really enjoy doing that,” he said.

The aim of the store, for the mother and son, is to offer used items that might not be found elsewhere in the area. Ward noted that he heard a need for used furniture in the community, and so about half the store is taken up by that.

The other half contains clothing, which Ward said is higher quality than what might normally find at a thrift store, along with kitchenware and a large of variety of miscellaneous items.

For anything that’s not in the store that customers want, Ward made a promise: “If we don’t have it, I will go out, and I will find it; I will make you happy.”

That’s the overall goal for the duo behind Finders Keepers. While Ward hopes it can be his main source of income into the future, and they likely won’t turn to nonprofit status, his biggest goal is to eventually give back to the community.

Meyer has a few organizations in mind, including Operation Smile and paying for pets to get fixed in the community, while Ward more generally just wants to put dollars back in the community. That’s what running your own business is all about in his mind.

“Working a 9-5 really limits how much I can give back to my community, but being the mastermind behind my own income puts me in a different position to really give back,” he said.

Finders Keepers is located at 817 N Minnesota Ave. (Hwy. 169) in St. Peter. The owners had not set an opening date before publication of this article, but the plan was to be open Monday-Friday 10 a.m. to 6 p.m., and Saturday-Sunday noon to 5 p.m.