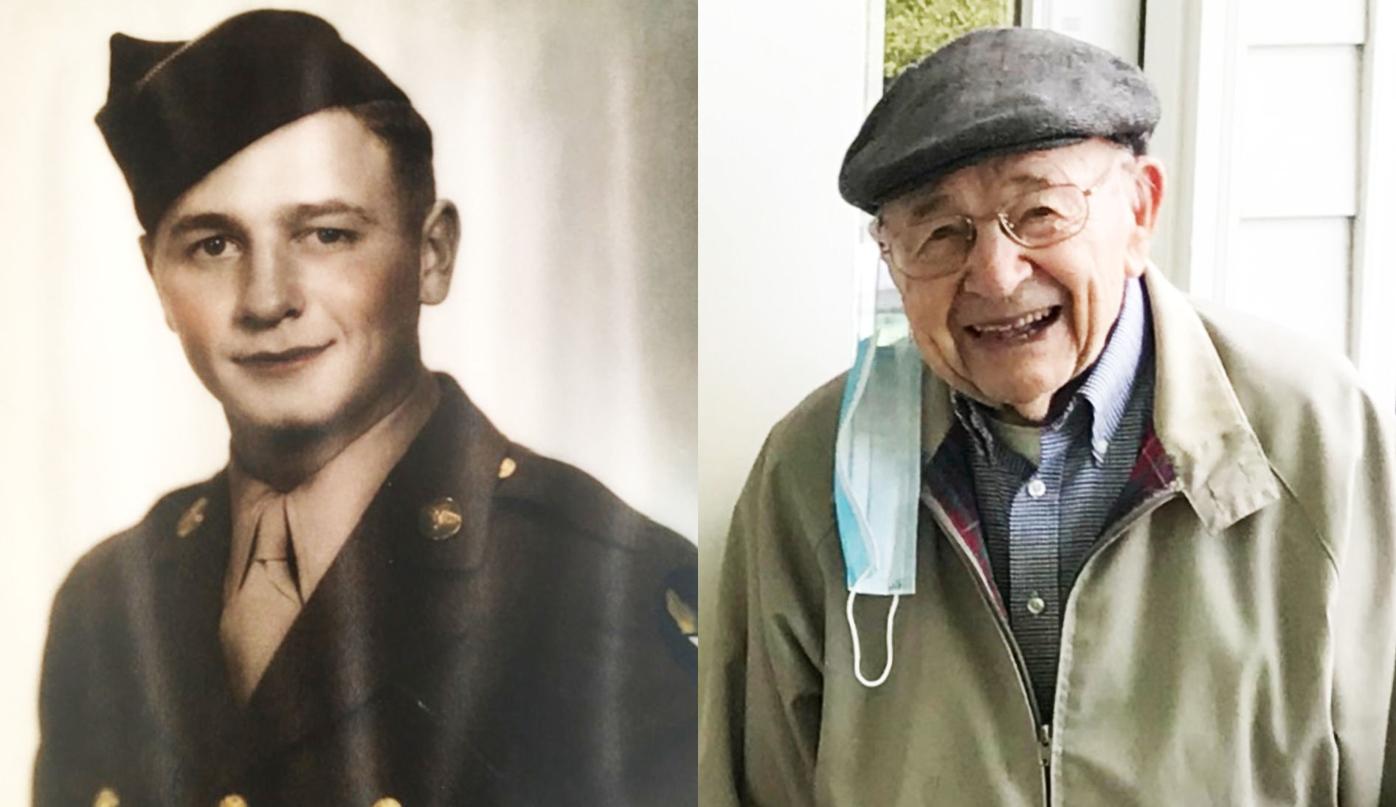 Howard Hermel was enlisted in the United States Air Force in 1942. He’s still alive today and lives in St. Peter. (Photos courtesy of the Hermel family) 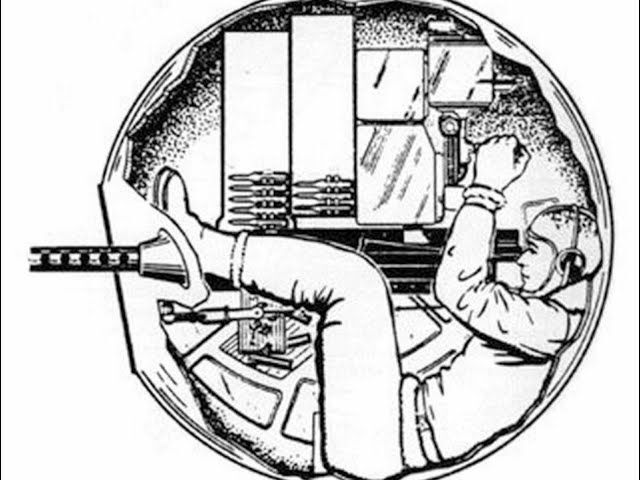 The turret in a B-17 bomber is located underneath the aircraft and contains two .50 caliber machine guns. Howard Hermel’s turret had a diameter of 43 inches.

Howard Hemel might be St. Peter’s last World War II veteran. He was enlisted and ended up in the Air Force in 1942. He filled a unique position, because of his small size and the Air Force was delighted to have him.

He ended up filling an important position in a small space, as a ball turret gunner on a B-17, a heavy bomber. The turret is located underneath the aircraft and contains two .50 caliber machine guns. Howard’s turret had a diameter of 43 inches.

The plane is a non-pressurized aircraft. When flying bombing runs at 12,000 or up to 20,000 feet in elevation, the outside temperature, as well as the inside temperature, was 50 to 60 degrees below zero. Frost bite was a common and a serious problem. Thus the men wore sheep-skin clothing which was very bulky. They were on oxygen and communicated to each other on an intercom with headset and throat mikes.

On takeoff, the turret was tucked inside the fuselage behind four rows of 84, 00 pound bombs in the bomb bay. At take off, Howard was not in the turret, but when the plane entered the combat zone enemy fighters were waiting, the pilot would direct him and the tail gunner to their positions.

To enter the turret the two machine guns mounted in the turret had to be pointed straight down. Howard had to open a hatch and work his way around the machine-guns and place his feet in heel rests, then sit down and contort his body into a cramped fetal position with his head back to the rear wall of the turret and legs in mid air supported only by the heel rests. His back was bent to fit the shape of the turret.

He would put on a safety strap and close and lock the hatch. There was no room inside for a parachute, which was left in the cabin above the turret.

He manipulated the turret in the horizontal plane a full 360 degrees, left or right, dependent on the target, with his feet attached to the foot peddles. He manipulated the turret in the vertical plane with hand grips and could raise or lower the turret from the horizontal down to the vertical dependent on the target. From his position, he could watch the bombs fall all the way to the target, if he wasn’t busy shooting at enemy aircraft.

A circular gun site was located between the two hand grips. He had to lock onto the path of the approaching fighter and spin the turret to track the targets path then fire the machine guns by depressing button triggers on the handles.

In the combat zone, Howard would slowly spin the turret to locate potential targets. The top, waist, tail and nose gunners would announce the location of an approaching enemy fighter plane on the intercom to give him a “heads-up” to position his guns to meet the threat.The plane was flying a steady 250 mph in formation and the enemy approached from any direction at 200 mph or more. Hitting a target was not easy.

He sat in the turret without changing his position for 6 to 8 hours as they flew from the airfield in England to the target, which usually was Germany, and then back to England.

The enemy had them spotted with radar as they left England. When they left the safety of support fighter planes over the channel, they entered the combat zone. They were completely exposed to the German fighter planes which were often over 300 in number. The German fighter pilots were very good. They had lots of practice. They would pick up the formation and attack the bombers to the target then break off before the anti aircraft guns filled the air with radar controlled shrapnel as the planes entered the bombing zone. Of course, they picked up the bombers as they made the return flight to England.

This changed late in the war when the allies had fighter planes that could support the bomber all the way to the target and back.

Overall losses were terrible. His plane was frequently peppered with shrapnel and in some cases riddled with cannon fire from enemy fighter planes. It should be noted that there were more men killed in the Air Force in Europe than in the combined combat losses in all other military units. As an example, on two major bomb runs of 300 bombers over Germany, 120 bombers were shot down with a loss of 1200 men. Hundreds of aircraft, like Howard’s, were so shot up that when they returned to the airbase they were taken out of combat. Crew casualties were extensive.

Howard flew 29 missions over Germany. When the war with Germany was over, he returned to the states and ended up in New Mexico, learning to fly in a B-29 and continuing to fly in Japan. The atom bomb would end the war in August 1945.

Howard survived and returned to live a wonderful life. Surprisingly, he used the GI bill to become a pilot.