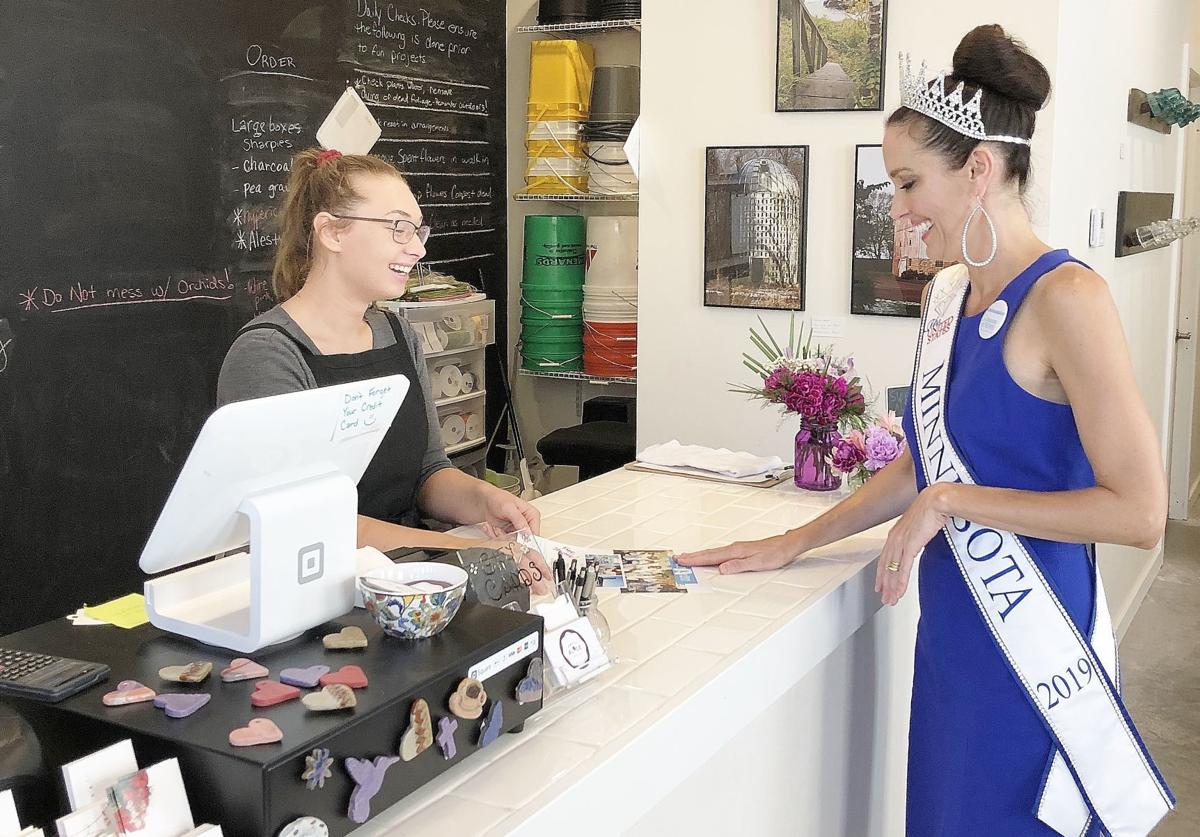 Courtney Shey, of St. Peter, was crowned Mrs. Minnesota this March and has split her time since then between her regular job, volunteering for her platform causes and preparing for the national competition. (Submitted photo) 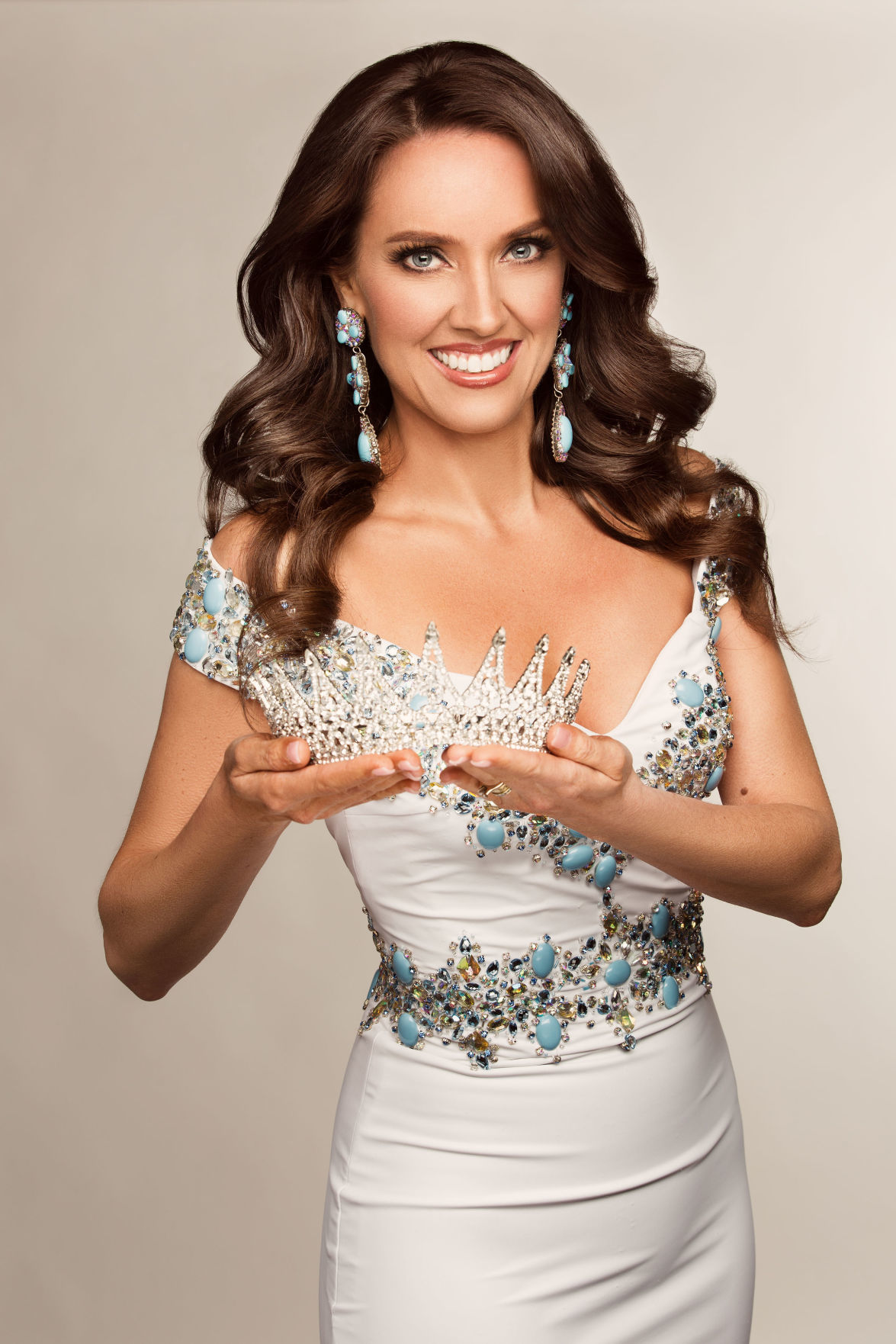 Mrs. Minnesota Courtney Shey didn’t win the Mrs. United States National Pageant, but she was glad for the opportunity to compete and share her platform on a major stage. (Submitted photo)

Courtney Shey, of St. Peter, was crowned Mrs. Minnesota this March and has split her time since then between her regular job, volunteering for her platform causes and preparing for the national competition. (Submitted photo)

Mrs. Minnesota Courtney Shey didn’t win the Mrs. United States National Pageant, but she was glad for the opportunity to compete and share her platform on a major stage. (Submitted photo)

St. Peter resident Courtney Shey had the chance to represent not just her city but her entire state when she traveled to Las Vegas at the end of July to participate in the Mrs. United States competition.

Shey was crowned Mrs. Minnesota this March and has split her time since then between her regular job, volunteering for her platform causes and preparing for the national competition. And while she didn’t win the distinction of Mrs. United States, Shey said she’s still excited she had the chance to share her story on a national stage — and that she is committed to continuing to work for the causes close to her heart whether or not she’s wearing a crown.

“I have one year — 52 weeks — as Mrs. Minnesota,” she said. “After my reign ends in March, it’s not going to ever end. I can still serve these organizations that I work for without a crown and sash, and I will continue to do so.”

Shey is a St. Peter Middle School English teacher and a Third Street Tavern waitress. She has a husband and two kids. The Mrs. United States National Pageant “celebrates married women and believes women should be celebrated for their ability to integrate beauty and intelligence.”

Shey grew up in Portland, Oregon and studied broadcast journalism before looking for more adventure in her life. First, she worked as a ski instructor in Lake Tahoe, Cal., and then she moved to L.A. to pursue an acting career. While she secured a few parts in independent movies and on the television show “Boston Public,” she eventually decided that she had achieved that dream and that it was time to move on.

“I’m not afraid of adventure,” Shey explained. “That’s kind of my motto … I’m always looking for that next challenge, living the path that God wants me to live in the direction he wants me to go in.”

Shey moved back to Portland, where she met her future husband, Doug Shey, who was from Iowa. The two of them moved back to Iowa to take care of her father-in-law, who was dying from lung cancer. He died in April. After some time, they moved to St. Peter, where Shey began her teaching and waitressing jobs.

Shey said she was eager for another adventure after her family had settled into their new community, and she found it in the Mrs. Minnesota pageant. She hadn’t grown up as a pageant girl, but she decided to give it a try.

“I didn’t even know that there was a category for married women,” she said. “I thought, ‘Why not try something that I’ve never done before?’”

Shey first competed for the Mrs. Minnesota title in last year’s pageant. She explained that the process started with putting in an application to be the “Mrs.” of a town, city or county, so she chose Mrs. St. Peter.

“We love being part of St. Peter and the community,” she said.

The Mrs. Minnesota pageant came about four months later, in March 2018, and included four categories: round-robin interviews with each judge, an onstage question, the swimsuit round and the evening gown round.

For her platform, Shey focused on both lung cancer and the work of the ALS Association (which raises funds for research into Lou Gehrig’s Disease). As part of her platform, Shey stresses the need to increase education about lung cancer screening and prevention, such as dealing with heightened radon levels (which are especially prevalent in Minnesota) in people’s homes. Both causes are very personal for Shey; besides her father-in-law, her father passed away from lung cancer this July, and her aunt passed away from ALS.

Shey was named first runner up in last year’s pageant. She decided to try again this year, determined to be more authentically herself and more fearless about sharing her platform — which is why, she believes, she was crowned Mrs. Minnesota.

“Last year I was like, ‘What do they want to hear?’” she said. “And this year I was like, ‘This is me. This is what I stand for.’ It was a completely different experience. I just went out there and thought, ‘Even if I come in dead last, it doesn’t matter, because I can still serve my community. I can still be a role model.’”

Since she was crowned, Shey has thrown herself into her role as Minnesota’s royal ambassador. Luckily for her schedule, she’s on summer break from teaching, though she does still pick up shifts at Third Street Tavern. However, she has still managed to fit in dozens of classroom visits, speaking events, parades and more.

At the end of July, Shey flew to Las Vegas to participate in the Mrs. United States competition, which was the step before the Mrs. Universe competition. This was a four-day event that included round-robin interviews with the judges, a swimsuit category, an evening gown category and a state-themed costume category.

Shey did not end up placing in the top 10, but she said she is still proud of how she did.

Regardless of how everything ended, Shey said her father would have been proud of her.

While Shey didn’t win the national crown, she is committed to continuing to be the best ambassador for Minnesota that she can be. Just days after the Las Vegas competition, she participated in the Breath of Hope Foundation Healthy Lung Run/Walk event in Minneapolis—the largest of its kind in the county.

“I did extremely well, but I didn’t win, and that’s okay,” Shey said. “But I’m still and always will be Mrs. Minnesota United States 2019.”

GETTING TO KNOW MRS. MINNESOTA

Fun fact: Shey met her husband, Doug, when she accidentally hit him in the head at a restaurant

Do you get to keep your tiara when you reign is over? “I get to keep it, but when my reign is over, I can’t wear it [in public]. [So for now] any time I can put this thing on, sister, it’s on.”

What her state-themed costume was: A loon

Shey said the United States system does offer opportunities for former contestants to compete again at the national level, though they need to pay their own entry fee the second time around. She has a year to decide whether to try again, but she confessed she’s already leaning towards giving it one more shot.

“It’s just that competitive nature that I have,” she said. “I know areas that I can improve. And I can do it. I think I might try again.”

“Coming into nationals, I was bearing an extremely heavy load, emotionally,” she said. “When you’re trying to balance the stress and the emotional attributes of a national pageant, with the fact that you just lost your father, that is a very hard combination. I came into the national pageant with two recent deaths of a father and a father-in-law, and that is a heavy load. I’m wondering if I just need to give myself permission to try it again without that emotional toll.”

At the end of the national event, Mrs. Texas — Lindsay Closson — was named Mrs. United States 2019. Closson ran on a platform about infertility, openly sharing her own six-year struggle to become pregnant before she had her “miracle baby,” son Caiden. Closson volunteers with the nonprofit Braving Infertility Together.

Shey said she met Closson the first day of the event and was struck by how “incredibly genuine” the Texan is.

“She was very easy to talk to, very warm, very welcoming,” she said. “She’s an incredible person.”

She said she wishes the new Mrs. United States all the best during her upcoming reign.

“I’m very happy that she won,” Shey said. “She’s going to be an amazing Mrs. United States. She’s going to make a difference, not only with her platform but anything she gets her hands on.”