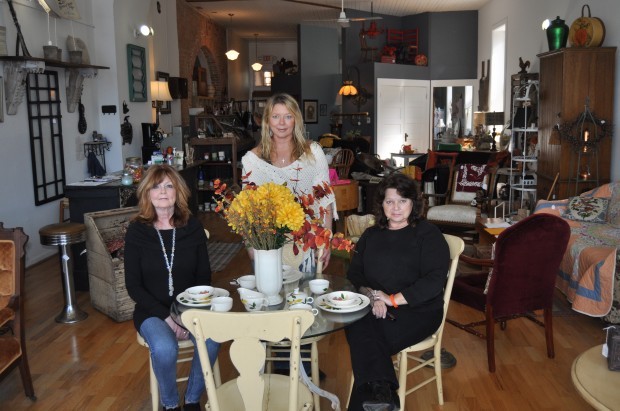 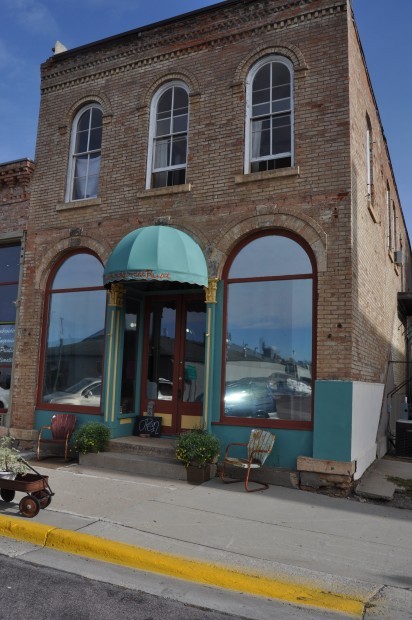 One of the things that attracts shoppers to the downtown St. Peter area is the unique stores that occupy many of the buildings.

That unique offering has added another store to the mix as Diamonds in the Rust, which offers antiques and collectibles in a very elegant and relaxed setting, has opened in the former Tangled Skein building at 217 West Park Row St. The new store is owned by the mother-daughter duo Mary Cammack and Tia Christenson along with Robin Hodapp.

Cammack and Christenson are familiar faces in the downtown retail area — they also own Playing Possum Antiques Store on the 200 block of South Minnesota Avenue. Hodapp came on board at Playing Possum a few years back as a designer and the three decided to expand upon an idea that Cammack and Hodapp have had for years.

“Robin and I have known each since childhood and for years we’ve talked about owning a business like this together,” Cammack said. “She’s done great work for us at our other store, but we thought we’d try a new approach and had been looking at locations for the past couple years without much luck.

“One day Robin mentioned that this building, which housed a yarn shop at one time, was still available so we walked over here one day and peeked in through the windows and then talked to the people next door (4 The Team). In talking with them we learned who owned the building and eventually worked out a lease agreement and a few months later we opened up. It’s like a dream come true for us.”

“There was a lot of work that needed to be done because the building had sat vacant for 16 months,” Hodapp said. “We painted and scrubbed for three days to get this place into shape It was a challenge finding paint colors that went with the age of the building but we’re very happy with how things turned out inside and out with the building. While we’re not right on the highway, we aren’t very far off and are within close walking distance of all the other great stores St. Peter has downtown.”

Playing Possum is an antique and collectible store that leases display space to various dealers from around southern Minnesota for them to exhibit and sell their items. The dealers are in charge with how their particular display area looks and is laid out while the store owners handle the actual transactions with the customers.

Diamonds in the Rust offers dealers space for their items, but what makes this store different is that Cammack, Christenson and Hodapp get to decide how and where those items are displayed. Once an item is purchased, dealers are allowed to replace it with a similar item.

“We have more control over how everything is laid out and we think it provides a very good mixture for shoppers to browse through,” Cammack said. “The natural lighting in here also really allows those items to stand out and there is more of a free-flowing area for our customers. We’ll have items that are both vintage and new, but they will be a bit more eclectic than our other store.”

“We also are going to be changing the decor up up to go along with the various seasons,” Hodapp said. “We have a fall decor set up right now, but pretty soon we’ll have a few things out that are more Thanksgiving related and we’ll do a lot more for the Christmas as well.”

The store’s name itself evolved through the creative talents of Christenson and Hodapp.

• What -- Diamonds in the Rust