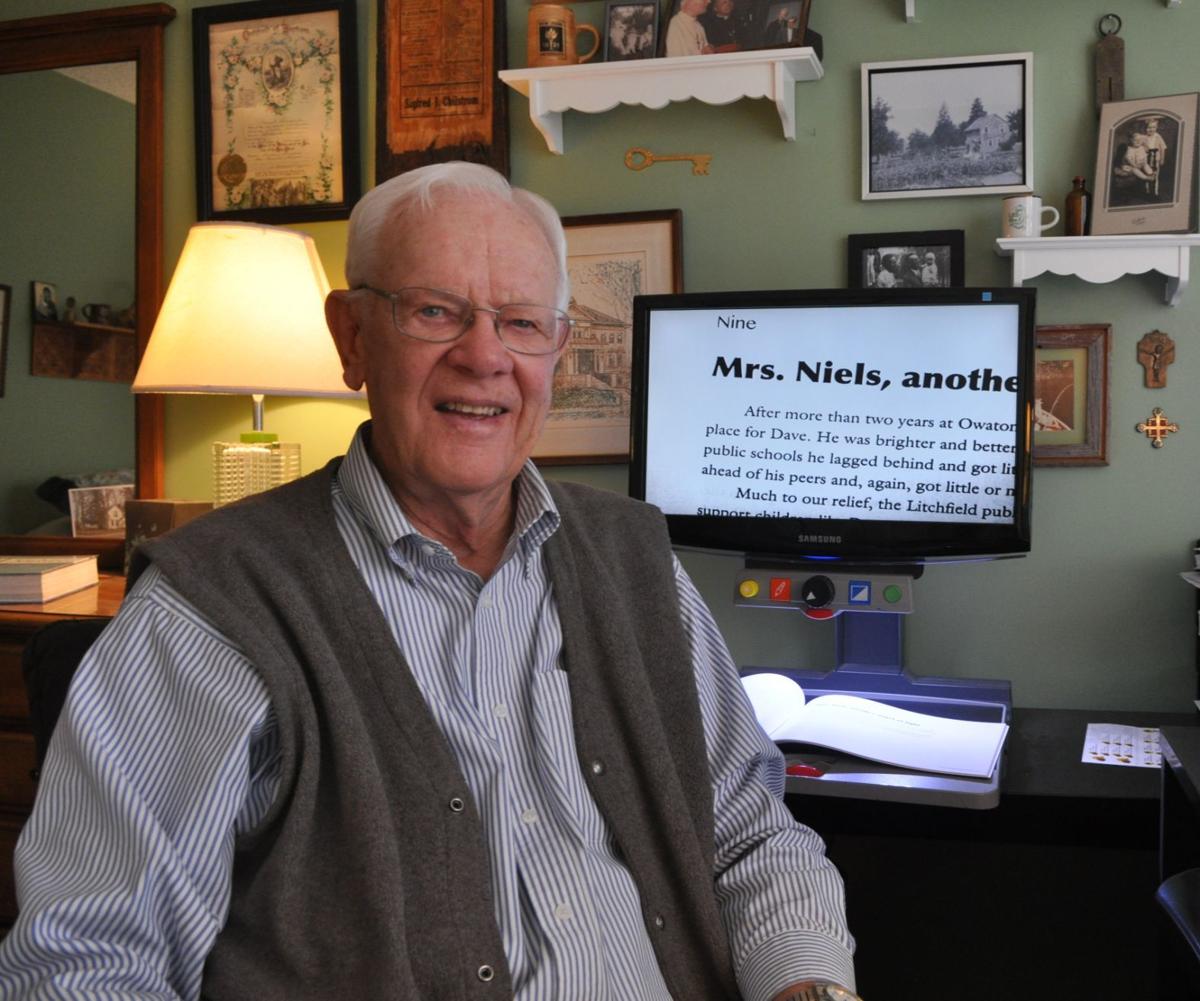 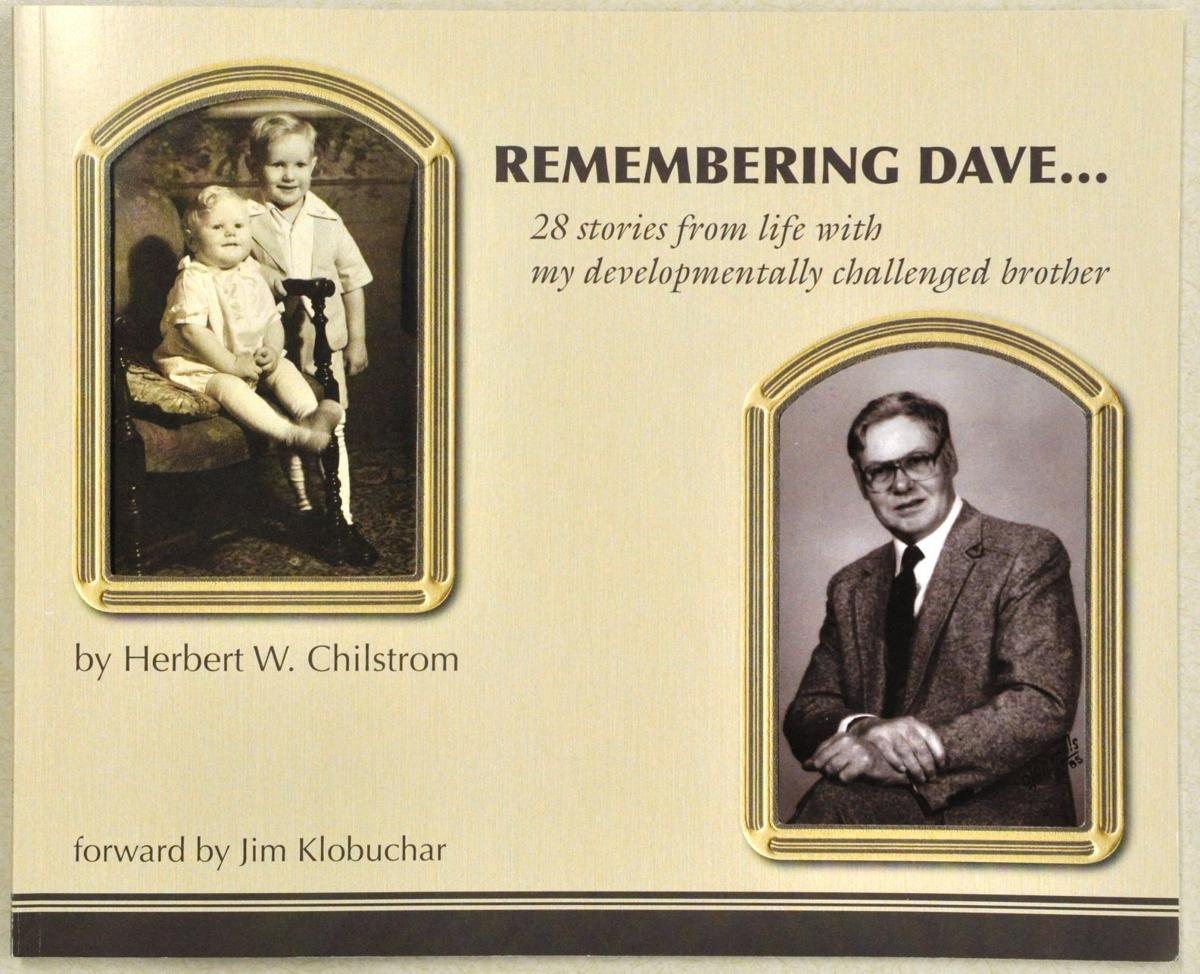 The Rev. Herbert Chilstrom’s handshake touched the pope. Chilstrom’s opportunities and accomplishments, during his time as presiding bishop of the Evangelical Church of America, carried this rural Minnesota faith leader to places which amazed him.

“It’s just kind of mind boggling that a small-town kid would have the chance to do the things I was able to do,” said Chilstrom, now 84 and at home in St. Peter.

But during a memorable past Watercade Days parade in Chilstrom’s birthplace and boyhood home of Litchfield, it was his younger brother David who received the cheers and accolades.

“I enjoyed every block of the parade, content to be in the shadow of Dave’s moment in the sun,” Chilstrom writes in his new book, “Remembering Dave: 28 stories from life with my developmentally challenged brother.”

“Dave was the glue that held our family together,” Chilstrom said in a Monday interview. “The rewards we got from him were especially generous. He was such a part of it.”

Chilstrom’s brother died in 2011. Birth complications caused brain damage and left Dave with “mental limitations,” according to Chilstrom. But the author’s stories “are combed from my memory bank and from what others have shared about him,” Chilstrom wrote in the book’s prologue.

Retired Twin Cities columnist and author Jim Klobuchar provided the foreword to Chilstrom’s book. It was Klobuchar who documented the Litchfield parade story, which proved to be one of his best read pieces.

“Dave Chilstrom was born with a condition some would call ‘developmentally challenged,’” wrote Klobuchar. “It meant he was a slow learner. It meant he was disqualified from the kind of experience and life that most would call normal.

When Dave died of cancer at the age of 78, he was “respected and loved by those who knew him,” Klobuchar added, “and who remember how hard he tried.”

That’s the simple story Chilstrom wanted to tell. ‘Remembering Dave’ didn’t just add to the author’s list of books, it was a deeply personal life journey, moving from his brother’s “wrenching arrival in this world” to story 28 – “A fitting tribute and final rest.”

“I grasped the polished wooden box with Dave’s ashes and knelt on my gloves on the frozen ground,” Chilstrom wrote. “As I gently placed Dave’s ashes into the grave’s opening I couldn’t help but remember those long-ago words my mother had said so often to me and to all of us siblings:

‘Take care of David. Be sure he gets home safe.’

Next week, Chilstrom simply wants to share his simple story of a brother he loved, with a community he adores.

“My brother, in his simple way, had deep faith,” Chilstrom said. “He was a voice within me that never went quiet. It was always that voice in the background. He was surrounded by an ocean of support and friends. It’s what people with special needs really need.

“But they also give back.”

Despite diminishing eyesight, Chilstrom continues to write. Glaucoma now forces him to use larger fonts on his computer, which includes a special keyboard and visual enlarger which allows him to read.

Chilstrom credits Bassett’s sketches for adding much to his stories of brother Dave.

“It’s a very powerful story about his love for his brother,” said Bassett. “It was kind of a labor of love.”

“Herb really tells an extremely personal story,” said Holz, who operates under eholz graphix in St. Peter. The freelance graphic designer added that “it was also a joy to work with Gene.”

But it was Chilstrom’s personal growth as a Lutheran minister and his eventual work during an eight-year tenure as the first ELCA bishop which brought him to a prominent position in American religious circles.

Those years also resulted in Chilstrom’s highly acclaimed memoir, “A Journey of Grace: the formation of a leader and a church,” published in 2011. While he touched briefly on brother Dave’s journey, Chilstrom’s autobiography also shared other accounts of his family life, including the influence of his wife of 61 years, Corinne, and the suicide of son Andrew.

The Chilstroms seemingly retired in 1995 to a Pelican Rapids lake home. But as age crept in and the responsibilities of maintaining a lake property grew difficult, Herb surprised Corrine with the suggestion of a move back to St. Peter, a community Chilstrom had previously served as pastor to First Lutheran Church.

“She was stunned,” Chilstrom recalls. “She thought I’d die at the lake.”

Today, the Chilstroms love their residence in the Pine Point neighborhood in southwest St. Peter. Both continue to write, with Herb’s “My friend Jonah…and other dogs I’ve loved” drawing plenty of attention, as well, which included Bassett’s drawings for the first time.

Still, it was Chilstrom’s strong leadership during the ELCA merger of some 11,000 congregations which highlighted his faith career. And he also dived headfirst into a bit of controversy, speaking how boldly for gay rights and for same-sex marriage. Some 800 congregations left the ELCA because of the issue.

“Of course, it hurt the church financially,” said Chilstrom. “But a lot of that has been recovered. “

While church attendance is down in many congregations, “there’s signs of hope,” Chilstrom said. “It’s not so much a declining church as it is a changing church. And it’s just enormous what the church is doing.”

For the quiet leader, today, his declining vision keeps him at home more often, although he continues to enjoy friendships he’s built in the faith community and beyond. And he believes he has a bit more to say.

“I do enjoy writing.”