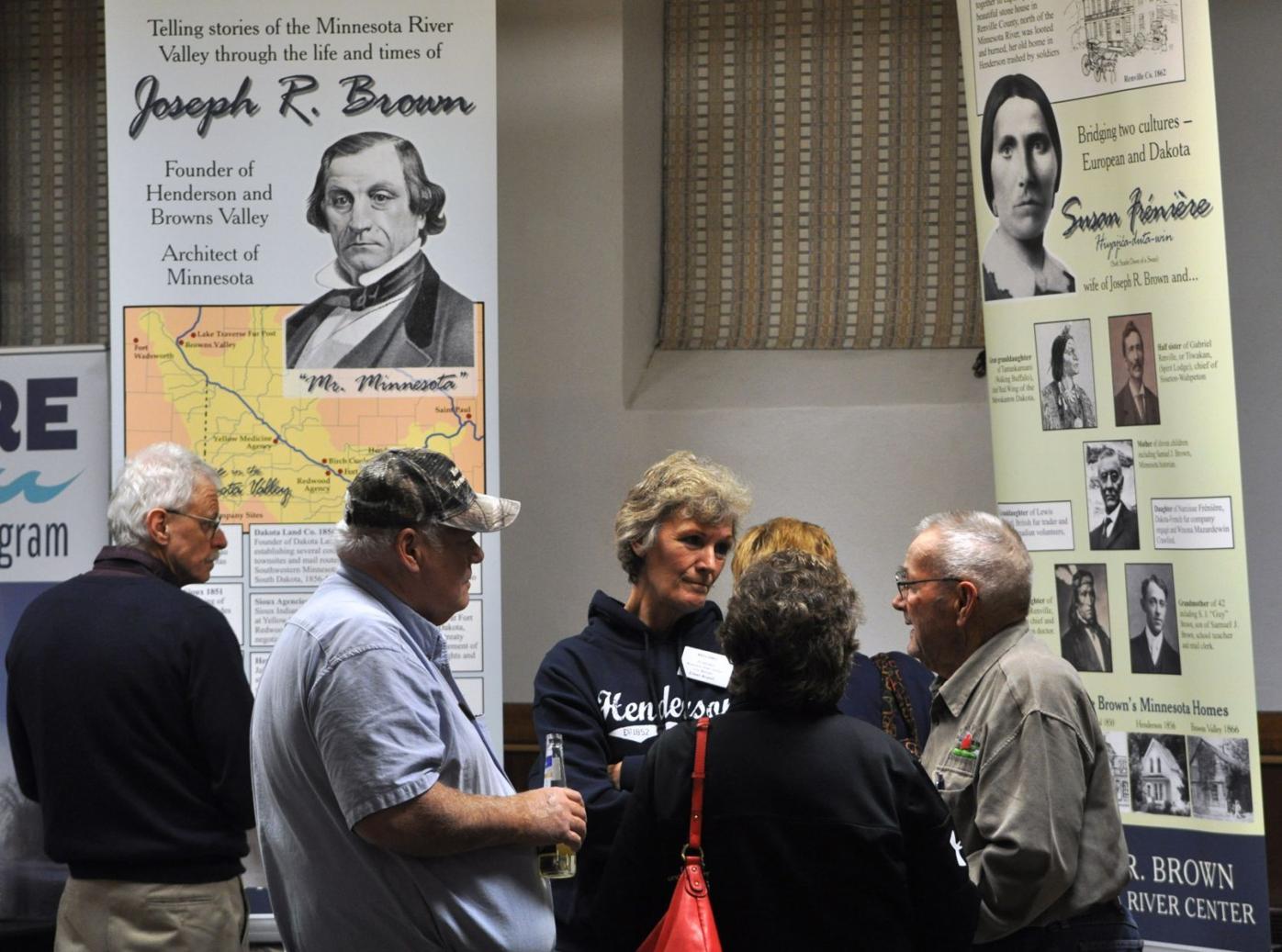 The Joseph R. Brown Interpretative Center in Henderson continues to be one of numerous organizations participating in the discussions with the Minnesota River Congress, which held its sixth informational session Thursday at the New Ulm Event Center. (Dana Melius/Southern Minnesota Media) 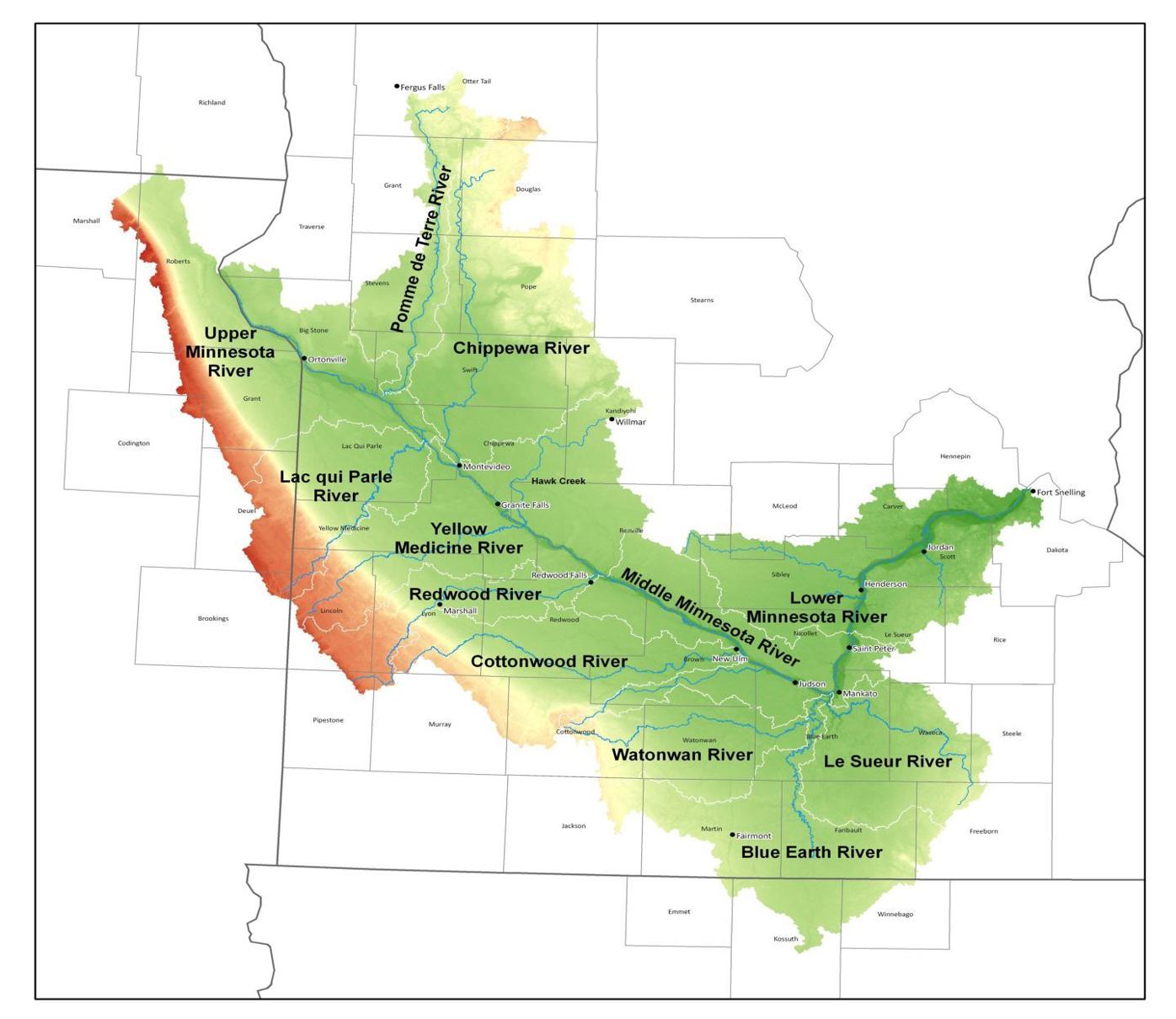 The Minnesota River Basin includes 13 watershed districts, ranging from the Dakota borders to entering the Mississippi River in the Twin Cities area. 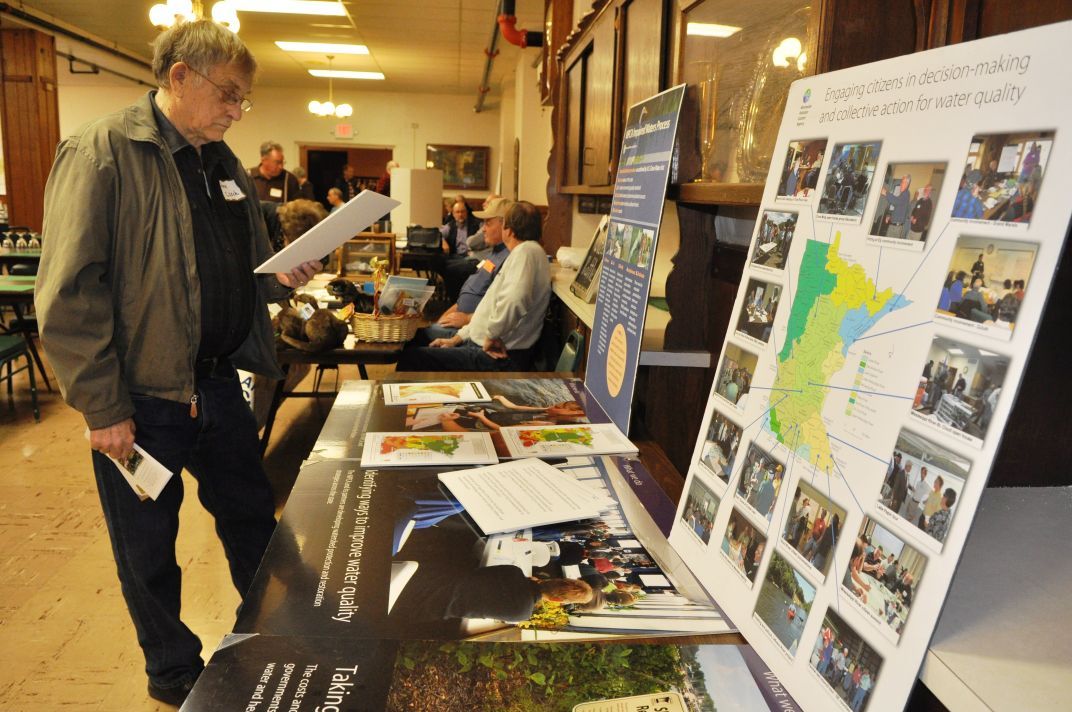 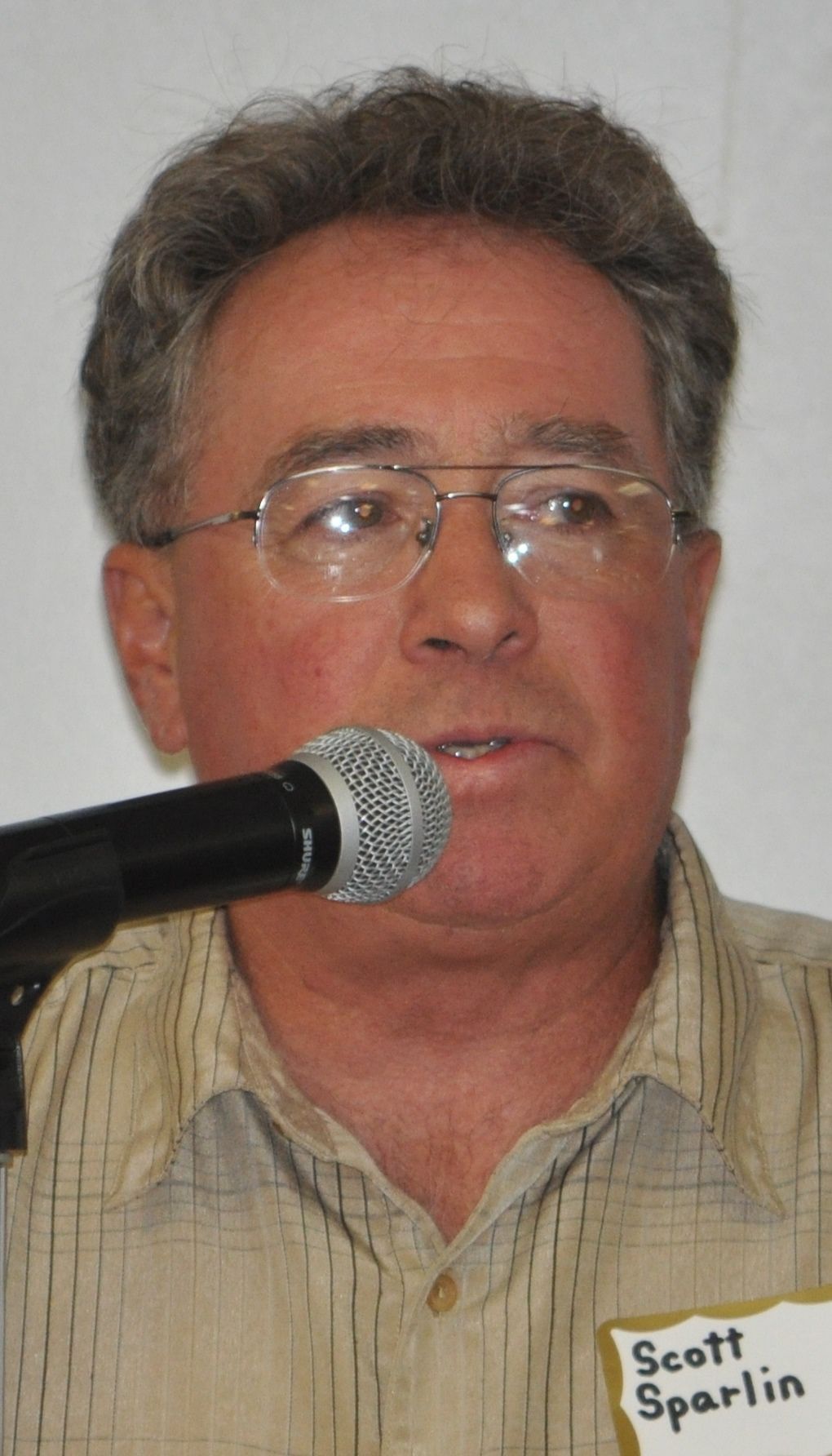 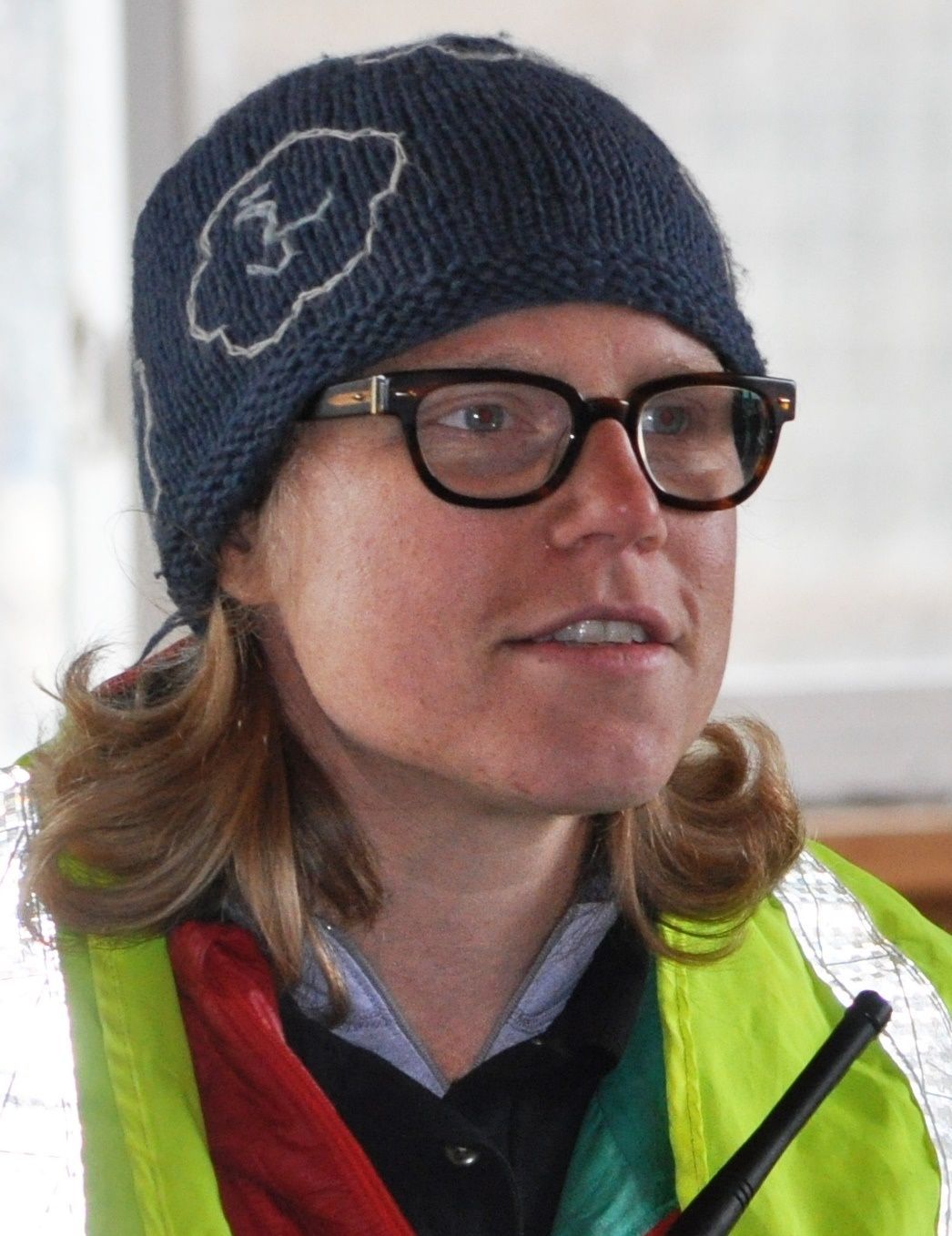 The Joseph R. Brown Interpretative Center in Henderson continues to be one of numerous organizations participating in the discussions with the Minnesota River Congress, which held its sixth informational session Thursday at the New Ulm Event Center. (Dana Melius/Southern Minnesota Media)

The Minnesota River Basin includes 13 watershed districts, ranging from the Dakota borders to entering the Mississippi River in the Twin Cities area.

The citizen advisory group hopes to become much more, according to organizer Scott Sparlin, longtime Minnesota River advocate and environmental consultant. Sparlin has been at the organizational helm of all five congress sessions. The recent session drew 93 participants.

It’s an ongoing organizational effort to bring both more attention to the diverse issues facing the Minnesota River Basin and more funding to turn these talks into action, according to Sparlin.

“We’re pretty excited and pretty amazed at the responses we’ve got,” Sparlin said. “We’ve been organizing for some time now, and it’s fun getting out of that phase and heading into action items.”

But differences of opinion continue in regard to the bill and whether its intention of forming a state commission, including an 18-member board appointed by Gov.Mark Dayton.

Of the 51 participants who voted, 22 endorsed the Minnesota River Basin Commission bill with certain conditions, 18 voted to endorse it as is, and 11 voted against endorsement of the bill. It’s also difficult to say whether such a bill might be re-introduced during the 2016 Minnesota Legislative session, which is primarily expected to considering a new bonding bill.

Senate File No. 2204, originally introduced May 16, asked that the governor appoint “one person from each of the 13 major watersheds in the Minnesota River Basin and five citizens at large.” Initial appointments were to be finalized by July 1, 2016. However, the bill was not passed by the 2015 state legislature.

Still, it represents a positive structure and continued movement toward creation of a formal state entity, according to Sparlin, which he believes is needed. He likes “the spirit and intent” of the bill.

While there are others, including watershed districts and some county soil and water conservation districts, which are against such a state commission because they believe it’s an unnecessary bureaucratic addition, Sparlin believes there needs to be some state entity “where the buck stops.”

“We do not have a single entity to go and complain to or voice our concerns,” Sparlin said. “If we keep on without a bureaucratic entity to go to, we could get the old runaround…where no one is in charge.”

Sparlin said the original 1994 Minnesota River Basin Commission developed by then Gov. Arne Carlson had good intentions, but eventually dissolved because “you had 37 county commissioners getting in the way.” The lack of diverse, multi-faceted organizations and Minnesota River advocates made the commission too ineffective.

“We need unity and one voice speaking out, including our friends in agriculture,” Sparlin said. “Let’s think like a basin, on a basin-wide scale.”

Karen Galles, director of the Seven Mile Creek Watershed Project, calls the state commission concept advocating for the entire Minnesota River Basin “a really admirable thing, but it’s been a very difficult thing to accomplish in the past.”

“With Seven Mile Creek, we’ve been really lucky,” she added. “We can get big grants that can help us address issues. Seven Mile Creek (Watershed) is already functioning, well-funded and well-staffed.”

But that doesn’t mean a Minnesota River Basin Commission can’t work and develop into action for the entire 13 major watersheds, Galles noted. But she believes the lessons being learned on both a “scientific basis” and organizational networking can fit nicely into an effective regional strategy.

Sparlin agrees that “Seven Mile Creek is a heavily studied, a heavily participated watershed. It’s the focal point of a federal study.” He added the goal of a Minnesota River Basin Commission would be a “transfer of all that knowledge to the greater basin and have it interact” with other organizations.

Sparling hopes to get the Action Board members together sometime in January to further organize efforts, then plan for a sixth Minnesota River Congress session sometime in late February or early March.