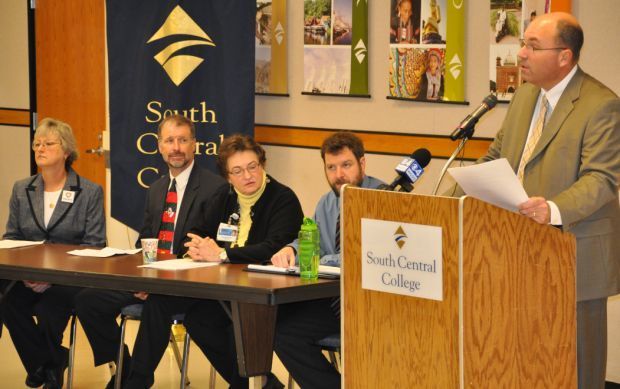 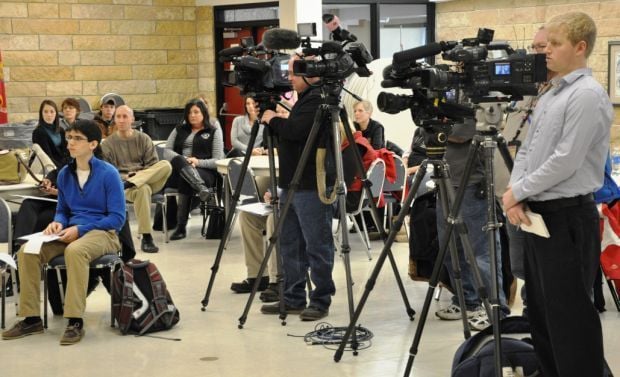 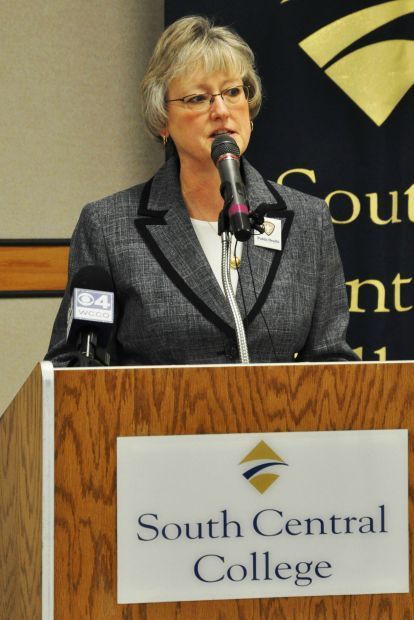 Flu season has hit Minnesota hard, with 203 school districts throughout the state recently reporting at least 5 percent of students out with influenza-like symptoms, according to the Minnesota Department of Health.

“That’s a large number of schools,” Krier said. “That’s activity we haven’t seen since the 2009 pandemic.”

That brought the total number of Minnesota school districts reporting outbreaks of influenza-like illnesses affecting at least 5 percent of total enrollment, or three or more students from the same elementary classroom, to 271.

“This is a disease that can be deadly,” Krier stressed. “When we have children dying, it really brings home how important this is.”

Confirmed cases of influenza appear to have increased over the past few weeks, according to Dr. Ruth Bolton, an Urgent Care physician in the Mayo Clinic Health System.

“We really have seen a huge increase in influenza over the past couple weeks,” Bolton said. “Things have totally escalated.”

Paula Meskan, director of Nursing at River’s Edge Hospital & Clinic, says the St. Peter hospital has also seen an increase in the number of patients with flu-like symptoms.

“This includes more people coming into area clinics, more people requiring hospitalization and more students out of school,” she said.

Bolton also reported that a primary anti-viral medication, Tamiflu, is in short supply in the Mankato area. Only one pharmacy in Mankato, she said, had any Tamiflu on hand as of Tuesday. It has both handicapped what physicians can prescribe and do for patients, and Bolton has recommended that the anti-viral medication, when available, be used judiciously and targeted at young children and the elderly.

“They (patients) come in and we tell them there’s nothing we can do for them,” Bolton said. “We’re nervous because it’s the young ones and the elderly who are most susceptible.”

“We’re really trying to hard to save the Tamiflu for the very young and the very old and those who are pregnant.”

Pharmacies in St. Peter were either out of Tamiflu or in short supply. Shopko Hometown pharmacist Noelle Howe said she had enough of the anti-viral medication to treat just one child earlier in the week. As of Thursday, the pharmacy was out, but expected a small supply of pediatric medication only on Friday. Howe said Tamiflu is the only option currently on the market for treatment of the influenza virus.

“It makes it expensive and scarcer,” Howe said.

The Family Fresh Market pharmacy in St. Peter said it did have a small, 10-dose supply on hand but increasing number of physician prescribed orders regularly drain its stock.

“Everybody should get them. Everybody needs them.” Peller stressed. “It is far from perfect but it certainly reduces the chances of getting this disease.”

Preventing influenza and flu-like symptoms from occurring is often possible with precautions, according to Mary Hildebrandt, director of Nicollet County Public Health. Avoid contact with persons who are ill, and if you’re sick, stay home for at least 24 hours after your symptoms have subsided, she stressed.

“And if you’re children are sick, it’s important that you keep them home from school.”

St. Peter school nurse Mary Powers, a licensed RN, said the district is one of the 203 Minnesota districts who have reported at least 5 percent of students sick with flu-like symptoms. North Intermediate, she added, has been “hit particularly hard.”

Hildebrandt said she’s been aware of the Tamiflu shortage for a couple weeks, particularly in Nicollet and Brown counties and in the Mankato area. But while the flu outbreak seems to be hitting a bit earlier and harder than in past years, health care officials say the metro and southeastern Minnesota region have reported the most cases.

“I think what’s happening in Le Sueur County is pretty typical,” she said. “This is pretty early.”

But Le Sueur-Henderson Superintendent Rich Hanson said while his school district was hit by a stomach flu bug about three weeks ago, there have been no confirmed cases of influenza. He, too, is hoping the situation will ease over the holiday break.

“We have had some illness, but not the spikes of actual influenza. A stomach bug was going around, but it wasn’t influenza. People were not sick as long as you would be with the flu so we knew it was something else.”

But there have been enough cases in the Le Sueur County area to prompt Ann Traxler, Director of Emergency Management, to issue a Dec. 15 press release urging preventive actions to fight the flu.

“We’ve seen an increase in the number of people with flu-like symptoms in the last few weeks,” Traxler said in the release. “This includes more people coming into area clinics, more people requiring hospitalization and more students out of school.”

MDH epidemiologist Krier stressed that precautions continue through the flu season, which will also likely stretch longer despite the early breakout.

“We do think we’re in for a doozy of a year,” Krier said.

WHAT IS THE FLU?

Most experts believe that flu viruses spread mainly by droplets made when people with flu cough, sneeze or talk. These droplets can land in the mouths or noses of people who are nearby. Less often, a person might also get flu by touching a surface or object that has flu virus on it and then touching their own mouth, eyes or possibly their nose.

“Getting a flu shot is one of the most effective ways each of us can avoid getting the flu and spreading the illness to others,” said Roxanne Porter, Director of Quality at River’s Edge. “Supplies of the flu vaccine are plentiful and readily available from your local health care provider or other consumer outlets, including many pharmacies.”

The seasonal flu is a contagious respiratory illness caused by influenza (flu) viruses. It can cause mild to severe illness, and at times can lead to death. The signs and symptoms of the seasonal flu include fever, cough, sore throat, runny or stuffy nose, body aches, headache, chills and fatigue.

Additional information and resources are available at health.state.mn.us/divs/idepc/diseases/flu/index.html