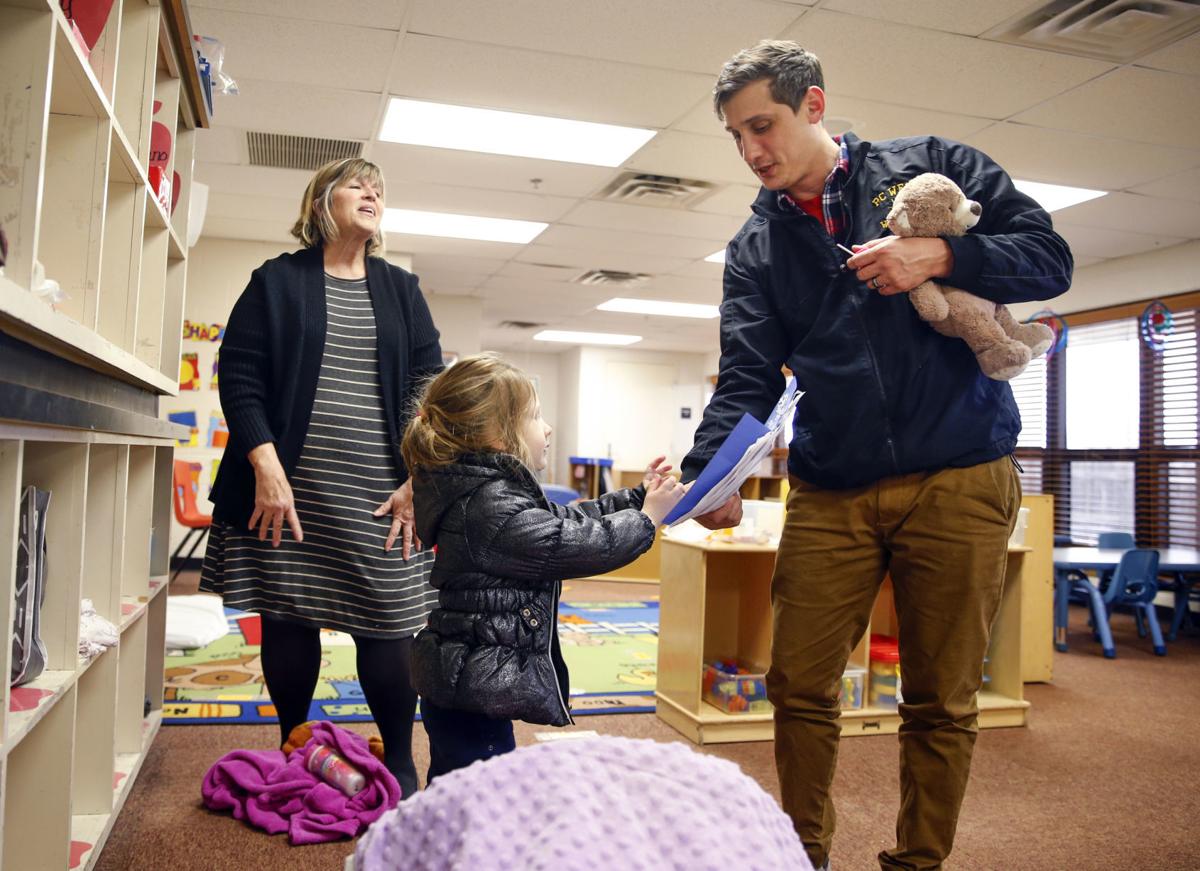 In this AP file photo, a father picks up his 3-year-old from preschool. Access to childcare in Minnesota has become a problem for some. (Nate Billings/The Oklahoman via AP)

By some estimates there are more than 40,000 spaces needed to meet the demand for child care in Greater Minnesota. Creating them would benefit not only the families involved, but also their communities by shrinking workforce shortages and boosting local economies.

The House Capital Investment Division heard a bill on Tuesday meant to help address the child care shortage across the state by starting a grant program to fund the creation of more child care facilities in Greater Minnesota.

Sponsored by Rep. Jeff Brand (DFL-St. Peter), HF3497 seeks $20 million for the program – $10 million would come through bonding and $10 million would come from the General Fund. Grants could not exceed $500,000 for a single project or $2 million in two years to an applicant for one or more projects in the same city or county.

Projects that receive grant funding would need to increase child care capacity in their communities.

The bill was held over for possible inclusion in the omnibus bonding bill. The companion, SF3429, is sponsored by Sen. Karin Housley (R-St. Marys Point) and awaits action by the Senate Jobs and Economic Growth Finance and Policy Committee.

“There are 40,000 kids who don’t have child care right now,” Brand said. “That means there are parents that can’t work; that means there is an economy that is still stifled in Minnesota.”

Grant money would be available to cities, counties, school boards, or joint powers boards that encompass at least two of those entities, and the funds would need to be matched.

Scott Marquardt, a vice president at the Southwest Initiative Foundation, which works to strengthen 18 counties and two Native nations in southwest Minnesota, said child care is the fastest growing economic development issue in the region.

He said the foundation consistently hears from employers of all sizes in all sectors that the shortage of affordable, quality child care is “significantly impacting” their ability to attract the workforce needed to compete in the global economy.

“The data is alarming and there are countless stories of shortfalls throughout all of our communities,” Marquardt said. “This bill provides the critical funding needed to develop innovative and community-based solutions to tackle this crisis.”

He said the bill would also allow private child care centers, family licensed providers and nonprofit providers to “all engage under some element” of the legislation.

“That’s huge for us, that all parts of the child care ecosystem can engage,” Marquardt said.

Marquardt said that although the grant program’s primary target would be cities, counties and schools, they do foresee lease or management agreements with private child care providers, some of whom already collaborate with school districts, churches, etc.

“Hopefully this will develop models that we’ve never even dreamed of happening before,” Marquardt said.

Rep. Mary Murphy (DFL-Hermantown), the division chair, did sound a note of caution, however, telling Brand that General Fund appropriations may not be an option given what she’s so far been told from legislative leaders.

“I have had no indication whatsoever that this [division] will have cash to consider,” Murphy said.