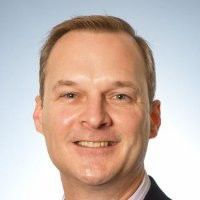 Every St. Peter City Council and School Board seat up for election in 2019 has at least two candidates, with the filing period having closed Tuesday.

Mayor Chuck Zieman will have competition from Shawn Schloesser, an Arts Center of Saint Peter Board member, a prominent St. Peter Legion figure and a Community and Business Development Specialist at Region Nine Development Commission. Schloesser was also a Veterans and Military Affairs Field Representative in the office of Tim Walz when he was a representative in the U.S. House. Walz is now the Minnesota governor.

Zieman was first elected mayor in 2015 and was re-elected in 2017; he was a councilor for four years before that. He worked in the Nicollet County Assessor’s Office for 16 years before retiring. In his time as mayor, he has supported projects like the updated Minnesota Square Park pavilion and the River’s Edge Hospital update and expansion.

Keri Johnson was the first to file in the Ward I City Council election, but Harry Youngvorst joined her on the ballot. Roger Parras, who currently owns the seat, having been appointed at the beginning of 2019, said he will not file this election, citing tensions during the appointment process.

Dustin Sharstrom and Shanon Nowell, meanwhile, are the two candidates in the Ward I special election, where Susan Carlin has vacated her seat, preparing to leave the country for Thailand.

In Ward II, David B. McGuire, Terry L. Bergemann, Emily Bruflat and Bradley DeVos filed for the open seat. The current councilor there, John Kvamme, also said he will not run again.

In the School Board race, four seats are up for election — those currently belonging to Tim Lokensgard, Ben Leonard, Bob Meeks and Mark Karlsrud. Of those four, only Lokensgard and Leonard are running for re-election.

A forum with all City Council and mayor candidates, hosted by the League of Women Voters, will be held Oct. 3 at the Senior Center in St. Peter. The School Board forum was initially scheduled to take place in the Governors Room at the St. Peter Community Center, but will be moved to the Performing Arts Center at the high school, due to the high number of candidates. The School Board forum is scheduled for Oct. 15.

The 2019 election takes place Tuesday, Nov. 5. What shows on St. Peter residents’ ballots will depend on where they live in the city, specifically pertaining to the council races.