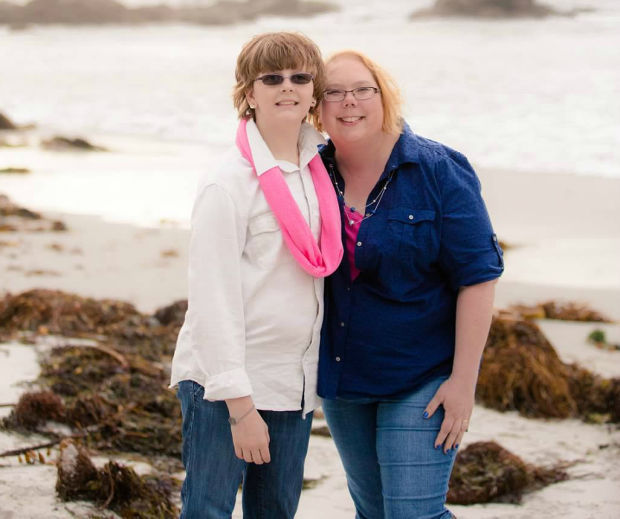 Kirsten Grunnet says there are fewer resources for her adopted daughter Anna in rural out-state Minnesota than there are near the Twin Cities, where the family lived until they moved to Faribault two years ago. (Photo submitted) 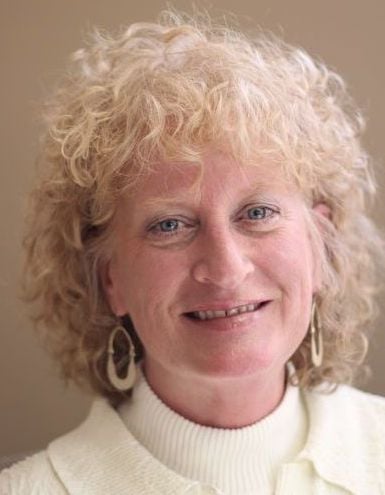 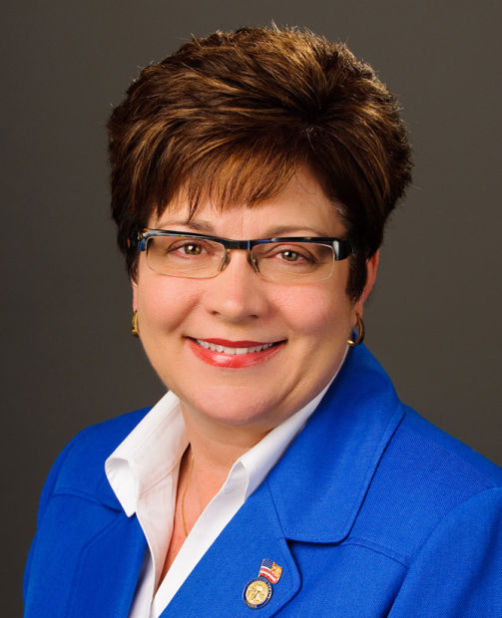 Her adopted daughter Anna, one of more than 50,000 Minnesotans struggling with fetal alcohol syndrome and the spectrum of disorders that accompany it, was in crisis.

And outside, swirling snow and howling winds, made it almost impossible to get her help.

Because District One Hospital in Faribault does not have a behavioral health unit, getting assistance locally was a no-go.

While there are crisis units in other parts of southern Minnesota, including Mankato, the night of the fearsome blizzard, they were all full, Grunnet said. She and her husband spent the night calling area hospitals, only to find there were no beds open for their 13-year-old, or at least none they’d be able to drive to in the middle of a snow storm.

Their daughter would have to wait out the crisis at home.

“It’s difficult when you are in a crisis,” said Grunnet. “You need to have the right support because you can’t just medicate a child.”

Services for families who have children with fetal alcohol spectrum disorders, commonly referred to as FASDs are, sporadic throughout southern Minnesota, Grunnet said. She and her husband moved to Faribault from the Twin Cities two years ago and have seen first-hand a disparity in the type of resources available.

One area Rice County lacks in is in emergency care, Grunnet said. When her daughter was in crisis, there were few options.

Kari Fletcher, former member of the Minnesota Organization for Fetal Alcohol Syndrome (MOFAS) and the mother of an 11 and 16 year old who both have FASD, said there is a need for more services south of the metro, especially in the field of mental health.

“We need mental health professionals that understand FASD, which is actually pretty rare,” said Fletcher, a Mankato resident. “A lot of mental health providers are not trained in recognizing FASD or diagnosing and helping families that have children with FASD.”

There are more therapists trained in FASD in the Twin Cities, said Fletcher. The Twin Cities-area is also where some of the nearest FASD diagnostic clinics are. The only one south of the metro is in Rochester. Local doctors often have difficulty diagnosing FASD and many parents need to visit the clinics to find out for sure if their children have FASD, Fletcher said.

“We had one medical doctor that looked at my son and said he didn’t have [fetal alcohol syndrome],” Fletcher said.

Children with FASD also need more support when it comes to education, Fletcher said. According to the FASD Center for Excellence, they often have lower IQs, impaired reading, spelling and math ability, and can have a hard time processing information.

For 14-year-old Claire Feist, who is easily overwhelmed by bright lights and noise, school can be a difficult place to navigate. Claire goes to school in Janesville, where limited resources making learning even harder.

Claire attends many of her classes in the company of a one-on-one paraprofessional. She follows a different curriculum and takes subjects like science in a separate room. But besides that, Claire is not well-supported at school, said her mother, Renee Feist.

“It’s difficult,” Renee Feist said. “We’re in a smaller district, Janesvillle-Waldorf-Pemberton, so they don’t have big choices for my daughter who has a developmental illness and can’t sit through all the classes.”

Nearby, in Mankato, Fletcher has had trouble getting her kids support as well. Both of Fletcher’s children were medically home-bound this year and unable to attend school, she said. They suffer from immune system disorders that are likely related to FASD.

When they are in school, they rely heavily on paraprofessionals, educators that offer specialized or concentrated assistance for students with special educational needs, Fletcher said.

But paraprofessionals are not always equipped to deal with children who suffer from FASD, Fletcher said. In Mankato, the Fletchers have asked their children’s teachers and instructors to undergo special training that teaches them more about FASD and how it affects learning.

“We’ve had to advocate for it,” Fletcher said, adding that in the past, her children were assigned a paraprofessional that did not understand FASD and blamed the children’s behavior on poor parenting.

In rural Minnesota, few teachers are trained to teach kids with FASD, Fletcher said. Alternatively, in the Twin Cities, they have schools that employ FASD specialists.

Educators especially need to understand FASD and how to address it, she said. Though many districts do a great job at teaching FASD students, others do not, she said.

“What we need is a staff that is aware and educated and can look at the child’s educational needs and develop teaching strategies to address them,” she said.

Children with FASD often run into problems as adults, too, some which have serious consequences, but may arise because their disorder is misunderstood.

For example, individuals with FASD often become involved with the juvenile and criminal justice systems. A recent study found that 60 percent of subjects with FASD had been in trouble with the authorities, charged with a crime or convicted of a crime.

A 1996 Centers for Disease Control and Prevention study shows that those with FASD are more likely to commit inexplicably ‘stupid’ crimes that most offenders would avoid. They are also more likely to repeatedly engage in relatively minor offenses, like shoplifting.

Fletcher, who has given talks FASD and recidivism, says one of the reasons FASD sufferers re-offend is because of their difficulty learning.

“If you get arrested for shoplifting at Walmart, you would probably figure out you shouldn’t do that at Target,” Fletcher said. “It’s called generalized learning … kids with FASD don’t do that.”

As a result, those with FASD can end up in jail more than once. Because many police departments and state or federal judges do not have much experience with FASD or its effects, those with FASD often end up serving harsh or repeat sentences, Fletcher said.

“These people are ending up in the judicial system at an early age and really just cycling through it,” Fletcher said.

Few legal contingencies exist for those with FASD, though Alaska recently passed legislation that allows judges to reduce the sentences of people found guilty of non-violent crimes if they have FASD.

The Community of Recovery Aiding Families in Transition (CRAFT) program, funded by a grant from Minnesota Organization for Fetal Alcohol Syndrome and the Minnesota Department of Human Services, provides outreach and support to pregnant woman and those who have young children with chemical health concerns.

Besides helping participants cope with past alcohol or drug use, the program offers parenting classes and social outings for moms and pregnant women.

“We’ve seen how effective this is,” Nelson said. “It provides services to chemically dependent women that other counties aren’t able to offer.”

Nelson credits the preventative practices of CRAFT’s services with having saved Olmsted county millions that would’ve been spent on caring for children afflicted with FASD.

The program helped avert an estimated 74 fetal alcohol syndrome births in a space of 60 months, according to published reports.

A child born with the fetal alcohol syndrome will use about $1 million to $5 million in public services during the course of their life, according to findings of a national study.

While the CRAFT program has seen its success in reducing the number of kids born with FASD, the battle for a more complete set of services for FASD children continues.

“[More services] can impact families and the community as a whole,” said Grunnet. “I think children and individuals with disabilities can contribute and enrich a community. Every person has something to give.”

Jessica Bies is a reporter at the St. Peter Herald. Reach her at 507-931-8568 or follow her on Twitter.com @sphjessicabies

To find out more, visit: www.mofas.org/professionals/training/

The Minnesota Organization on Fetal Alcohol Syndrome offers support for parents of children with FASD and runs an online Facebook group called the “Virtual Family Center.”

Emily Gunderson, MOFAS communication director, says the online group is for parents and FASD caregivers. With just less than 300 members, it is a great resource and support for Minnesota families state-wide, she said.

"Literally if somebody posts a comment or a question — they share their challenges as well as their joys — literally they get responses in the matter of minutes,” Gunderson said.

To find out more or join the group, visit www.mofas.org and click on "Virtual Family Center."

Editor’s note: This is the first of a two-part series on fetal alcohol spectrum disorder, its cost to the state and how state funding impacts …