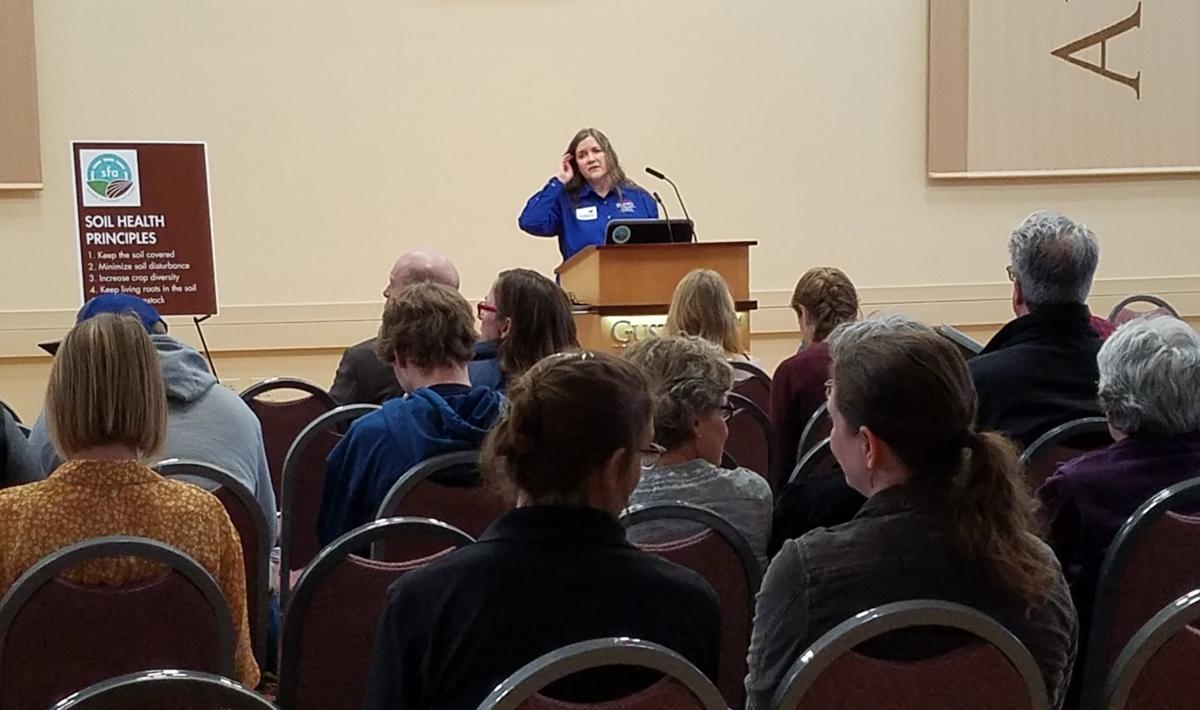 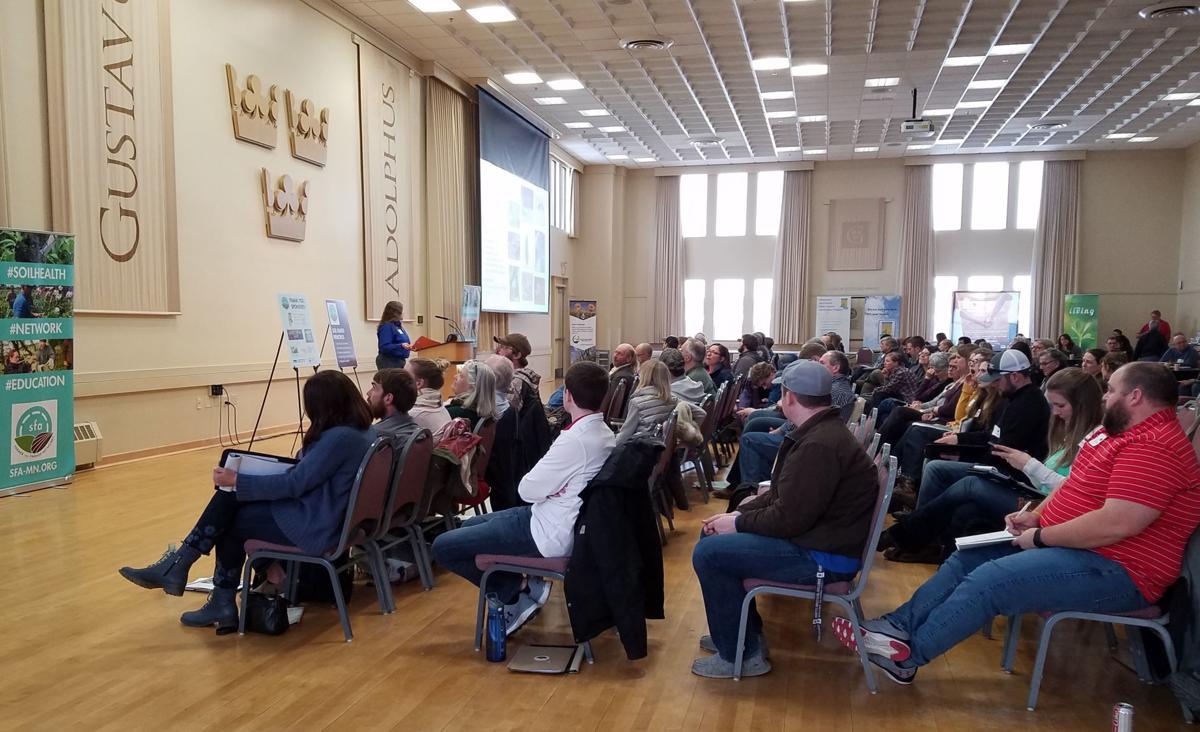 The key to improving soil and farm profitability is to change basic practices, adopting cover crops, no-till and other measures to improve soil health, experts said at the Midwest Soil Health Summit on March 12.

The event, organized by the Sustainable Farming Association, was at Gustavus Adolphus College.

Executive Director Theresa Keaveny said the event was filled to capacity with 185 corn and soybean farmers, dairy producers, fruit and vegetable growers, as well as those who advise them.

“The great reception bodes well for more outreach and education in southern Minnesota by SFA,” she said, after seeing a large contingent from the region, including an agricultural class from South Central College, North Mankato. “People are hungry for information.”

Dr. David Montgomery, a geologist and MacArthur fellow, shared his research that supports a theory that plows, not deforestation, causes erosion that ends civilizations. He offered evidence, too, that the degradation of soil is reversible.

“The world’s agricultural soils are degraded to point where we’ve lost the ability to work about one-third of those soils,” he said. “But we find farms that are turning it around, even in very degraded soils.”

Agricultural practices — tilling and nitrogen fertilizer — create topsoil erosion and loss of organic matter in soil. Soil erodes at an average of 1.5 millimeters per year from farms, Montgomery said, and nature makes soil at an average of 0.02 millimeter per year.

Plants push carbohydrates and proteins into the soil, which feed microbes that help fight insect pests and bring soil nutrients back to plant roots, he said.

Minimal or no disturbance — no-till — “is essential to preventing soil erosion,” Montgomery said.

Cover crops give permanent ground cover and diverse crop rotations round out the essentials. Livestock use is an accelerator, he said.

“Those general principles translate from one setting to another, but the actual practices farmers used were different” based on technology and climate, he said.

A research farm in South Dakota was able to reduce costs by cutting use of diesel, fertilizer and pesticide by half and had increases in soybean and corn yields by using these principles.

Montgomery shared examples of several types of farms, subsistence in Africa and commercial farm in Ohio, where they both had increased yields by using the principles.

“The recipe for reversing this long-term degradation … is seven words: ‘Ditch the plow, cover up and grow diversity,’” Montgomery said.

Midwest Soil Health Summit is designed for producers, with an emphasis on data and the possibilities of improvement.

“There very much and always is an emphasis on learning, tracking what you’re growing and making plans and recording what the outcome is so farmers can make modifications accordingly,” Keaveny said. The best soil health practices to implement varies by farm, field and year. “But the more people use them and improve the soil, the more they reduce runoff and reduce the need for fertilizers, pesticides and insecticides.”

Those who see greatest benefits have livestock because livestock grazing in fields and depositing manure accelerates the establishment of a whole ecosystem in the soil.

At the summit, professionals also share information, down to per-acre rates, for state and federal programs that support farmers in making changes to improve soil health.

“EQIP is to try something new,” she said. “You get financial and technical assistance to address natural resource concerns.”

The contract can run one to 10 years, she said, but typically is up to three. The Conservation Stewardship Program offers a five-year contract. She encouraged farmers to sign up for EQIP first, as it allows more trial and error. Once a producer identifies the best practices for the field involved, CSP is a better option.

Ann Marie Journey, soil health coordinator with NRCS, said a three-year research project in the region showed more positive results from using cover crops for three years than one. And tilling in the spring undoes “part of the cover crop work,” by breaking up soil structure that had been created.