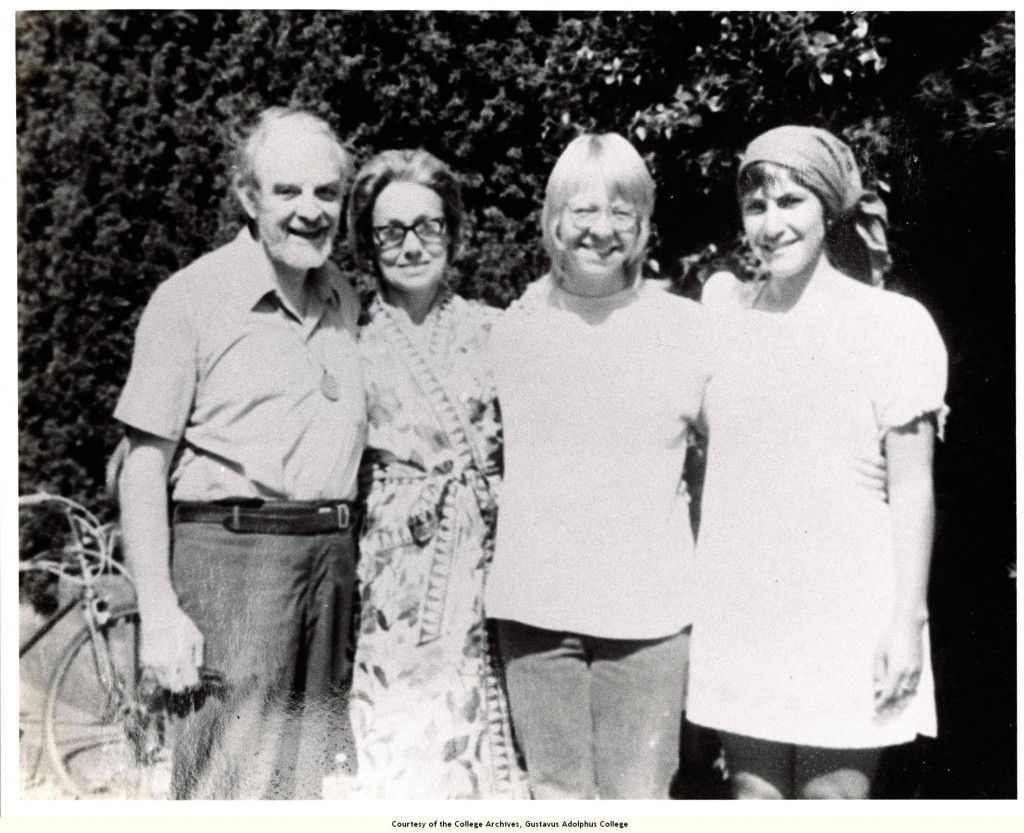 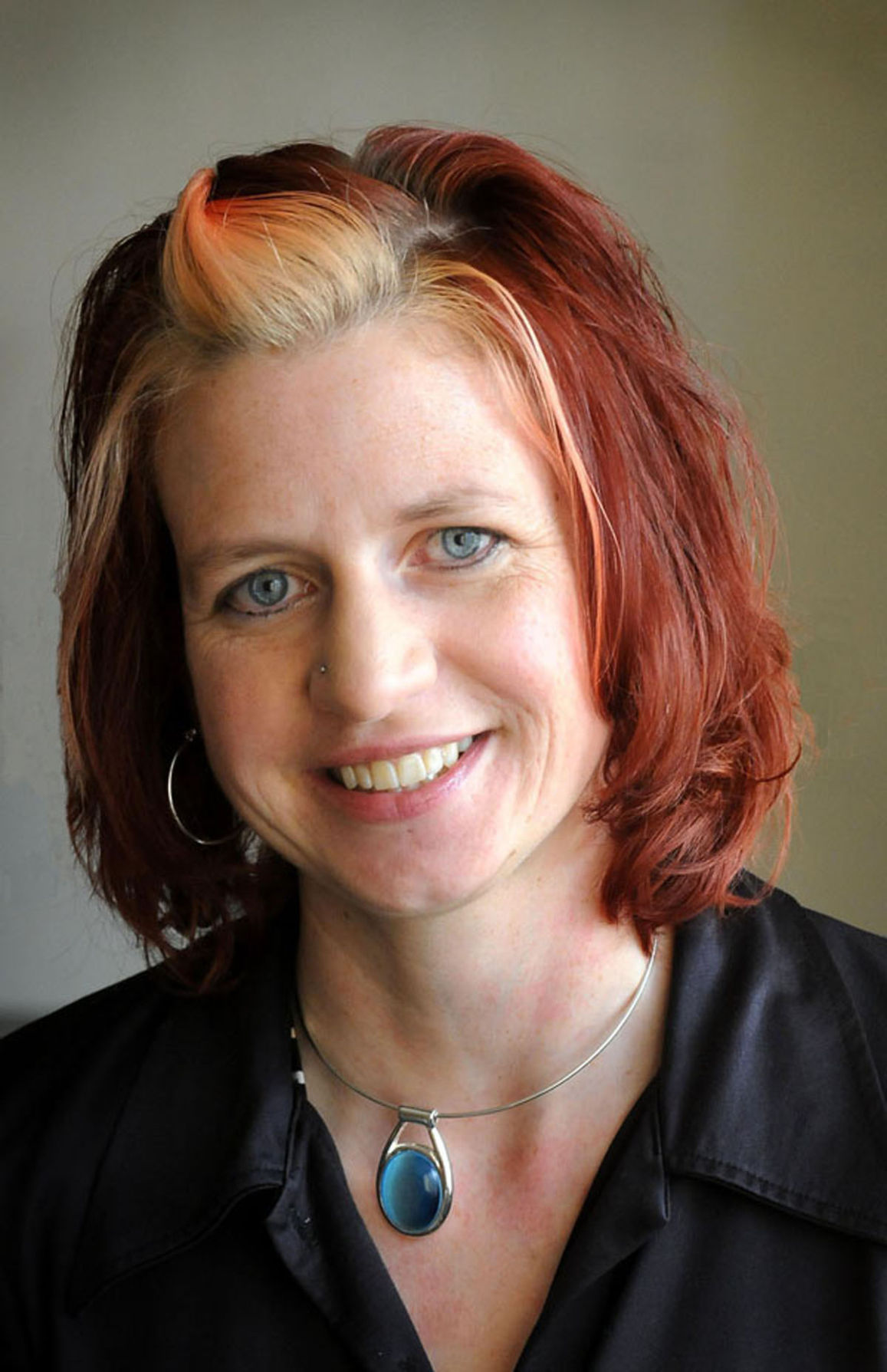 More than 40 years ago, a young woman with St. Peter roots joined the Symbionese Liberation Army and helped kidnap Patty Hearst, granddaughter of a publishing magnate.

Camilla Hall had been a runner for the domestic terrorism group; the kidnapping on Feb. 4, 1974, was the first violent action she was involved in. That led to months on the run — 19 for two SLA members who kept Hearst with them — and three for Hall and five other members. Hall and those five were killed in a shootout with Los Angeles police on May 17, 1974.

The SLA, and Hearst’s story in particular, continue to fascinate. But it’s Camilla Hall, a former Wasecan and daughter of a Lutheran pastor, who captivated Rachael Hanel.

Hanel, a mass media professor at Minnesota State University, Mankato, is working on a book about Hall, who was also the subject of her thesis for a master’s degree in history.

“It was a story that just didn’t let go,” Hanel said during an April 19 talk as part of the university’s “Media Day.”

Hanel, whose first book for adults is the memoir “We’ll Be the Last Ones to Let You Down: Memoir of a Gravedigger’s Daughter,” said she identified with Hall.

“She wanted to do so much good and she wanted it so badly,” Hanel said.

Hanel’s book will intertwine Hall’s story and Hanel’s story of discovering Hall. The book is literary journalism, meaning Hanel won’t make anything up, but will use Hall’s letters and interviews of friends in other books and papers to craft the story. Hanel said she is redrafting the book this summer.

Hall’s parents, George and Lorena, were faculty at Gustavus Adolphus College. George Hall was an ordained Lutheran minister; he worked in the Christianity Department until 1952, when the family left to be missionaries in Tanzania. Lorena Daeschner Hall, an accomplished artist, helped found the college’s Art Department.

Gustavus’ archives on Camilla Hall have been used by a variety of researchers, Hanel among them.

“It’s not our most used, but it is the collection that has the most diverse users,” said Jeff Jensen, archivist for the college, which has a collection of Hall artifacts.

The collection attracts undergraduate and graduate research, as well as independent research with a varying level of serious intent. The college has an archive for the institution itself and a second for Lutheran Church bodies that no longer exist.

“The Hall family was very much a part of Gustavus,” Jensen said. “Camilla gained some notoriety, but the collection is just a byproduct of the fact that we have a number of missionary collections and faculty collections.”

The family faced adversity and sorrow. Of four children, only Camilla survived childhood, while two older brothers and a younger sister died. When she died in that May 1974 gun battle with Los Angeles police, she was 29.

“I tend to think about how much tragedy the parents had,” said Jensen. “All their children died relatively early.”

The archives have some of Hall’s poems, drawings and letters to her parents. Her father’s manuscript, “I Remember Lorena,” which included the family’s story, is in the collection. Hanel said George Hall did not write much of Camilla’s turn to the SLA or her death. He died in October 2000, while his wife preceded him in June 1995. The entire family is buried in St. Peter’s Resurrection Cemetery.

Hanel said she sensed a similar background with Hall and empathized with her. Hanel is from Waseca, so there is a rural Minnesota connection. Hanel’s father was a gravedigger.

“Being surrounded by early notions of tragedy affected me,” she said. “It would have affected her, too.”

The family had a very strong sense of social justice and wanting to improve the lives of people.

“It was different then,” Hanel said. “Young people were so active and now, with social media, people think if they click ‘Like,’ they’re doing something.”

Camilla Hall graduated from Washburn High School in Minneapolis in 1963 and started college at Gustavus. She transferred the following year to the University of Minnesota’s Twin Cities campus, graduating with a humanities degree in 1967 and working for a few years as a social worker in Duluth and Minneapolis.

She moved to California, first Los Angeles in 1969 and then the San Francisco area in 1971, following friends.

“It was here that she became very strongly activist and radical,” Hanel said. “She already had pretty strong feelings about the government.”

There, she had an intimate relationship with Patricia Soltysik, who was a member of the Symbionese Liberation Army before Hall. The SLA “made themselves sound like an army in their manifestos,” but in reality only had nine to a dozen members.

“It’s not clear when Camilla Hall joined the SLA,” Hanel said. “She was probably the last to join at that time.”

At first, she was a runner, bringing food and finding places for the others to live. Hall was not involved in the killing of Oakland school superintendent Marcus Foster.

Until Hearst’s kidnapping, Hall had not been on law enforcement’s radar. Hearst claimed the SLA kept her in a closet and indoctrinated her to the point that she succumbed to Stockholm syndrome. She subsequently took part in a bank robbery with SLA members and did not attempt to escape despite multiple cross-country trips with two SLA members, William and Emily Harris.

“There are still questions about Patty Hearst,” Hanel said. “We just don’t know.”

For Hall and other members of the SLA, Hanel said they were motivated by unhappiness with the political system.

“The common thread is that they’re frustrated,” she said. “A sense of being powerless is a common theme.”