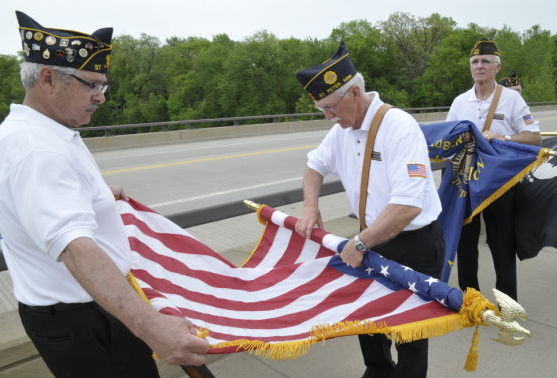 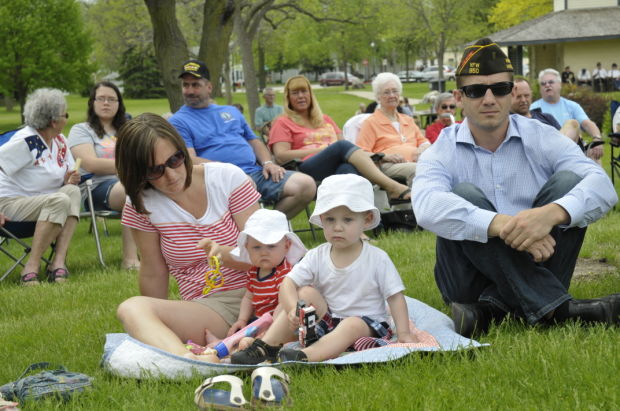 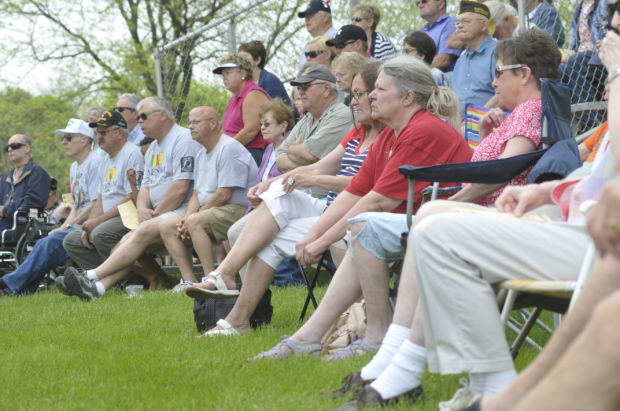 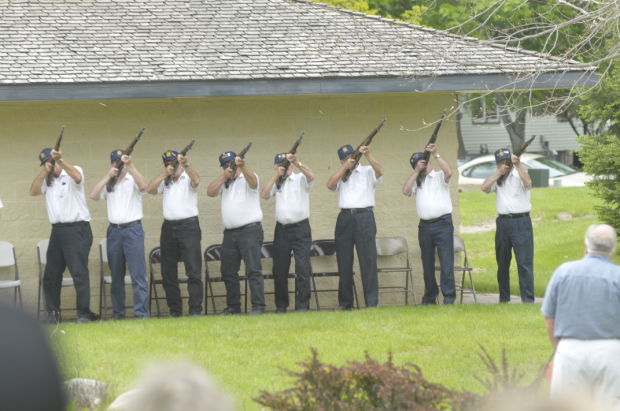 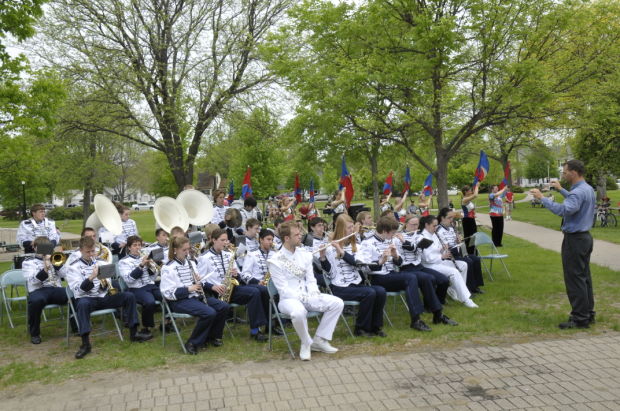 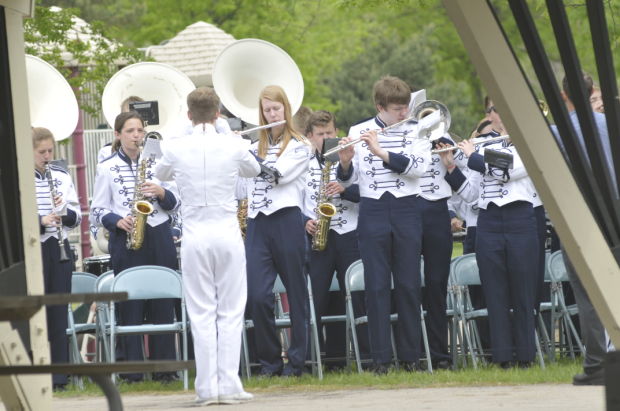 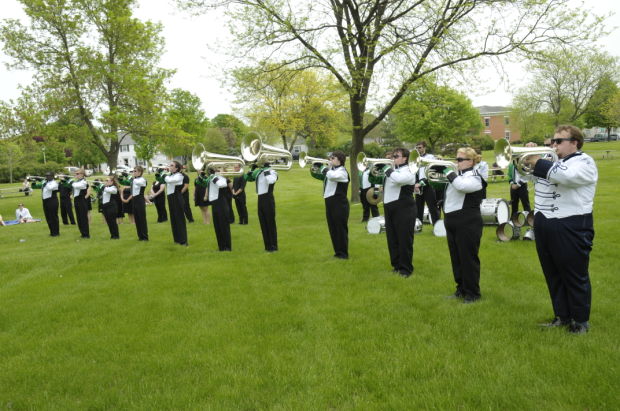 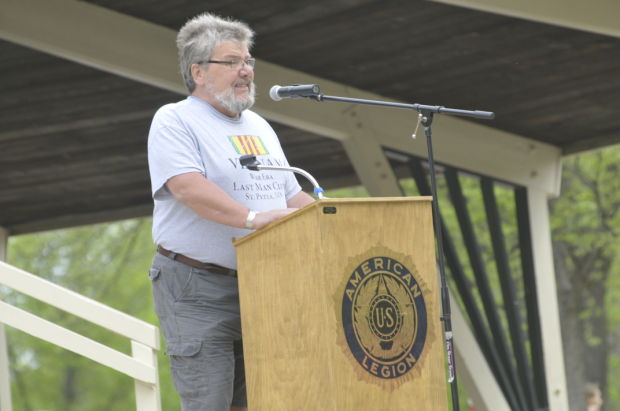 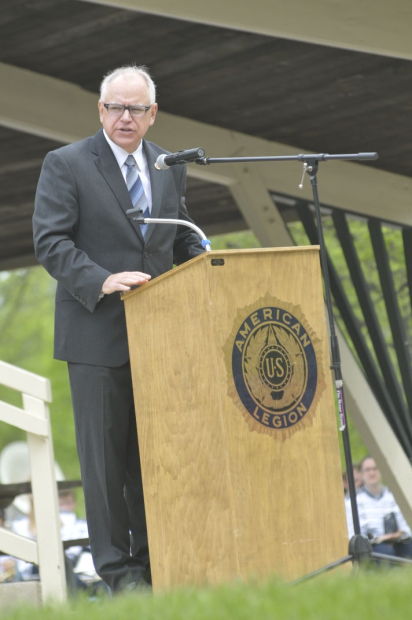 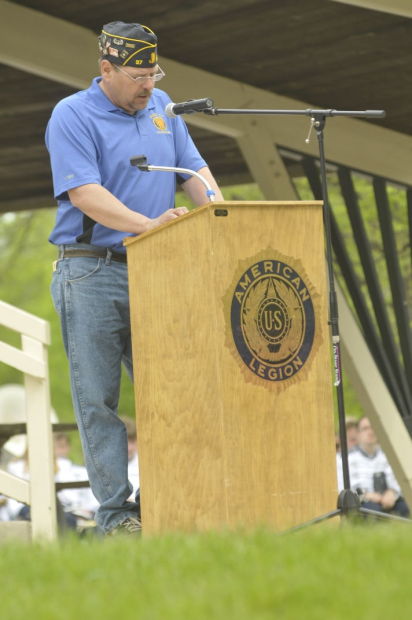 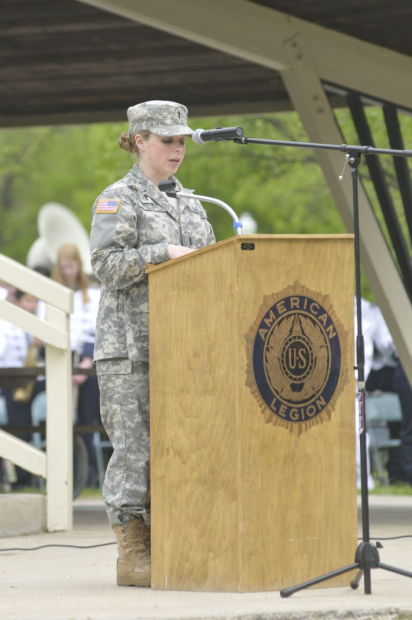 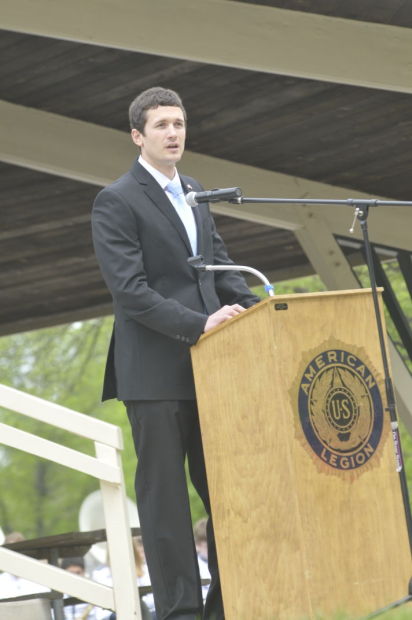 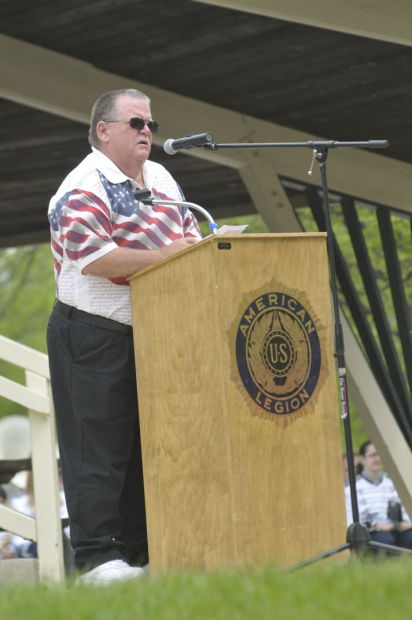 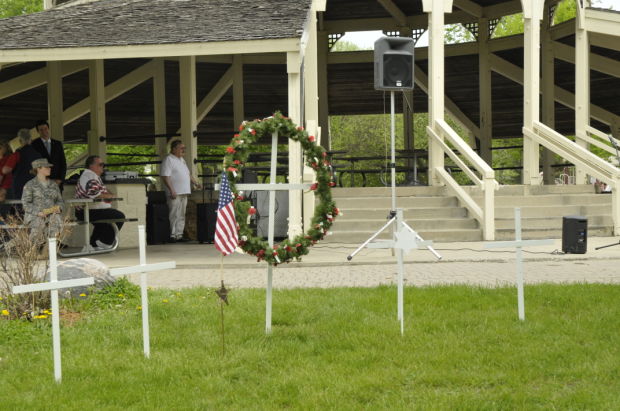 Hundreds gathered in Minnesota Square Park in St. Peter for the annual Memorial Day program Monday to honor American soldiers who died in defense of their country.

He pointed out the consistency of the St. Peter community honoring veterans.

“This community embodies what Memorial Day is all about,” Walz said. “We’re here to honor those who gave the ultimate sacrifice in the freedom of our country. That’s a wonderful gift that we’ve been given as Americans as long as we’re taking time to remember what paid for that gift.

“In this country the consistency of this event is what really matters. Next week will mark the 70th anniversary of the allied invasion at Normandy and the landing on those beaches. That consistency of remembrances throughout the years is what’s most important about Memorial Day.

“I saw people filling their coolers and getting bait and figuring out how they’re going to grill out. You could be anywhere. You could be doing those other things, but you come here because you know that 70th year needs to be as important on the 700th year.”

Post 37 Auxiliary President Barb Booren and Secretary Kathy Witty placed the wreath on the memorials and released poppies off the State Highway 22 bridge over the Minnesota River as the American Legion Firing Squad shot off a round.

Reach Sports Editor Pat Beck at 931-8566, or follow him on Twitter.com @SPHSportsPat