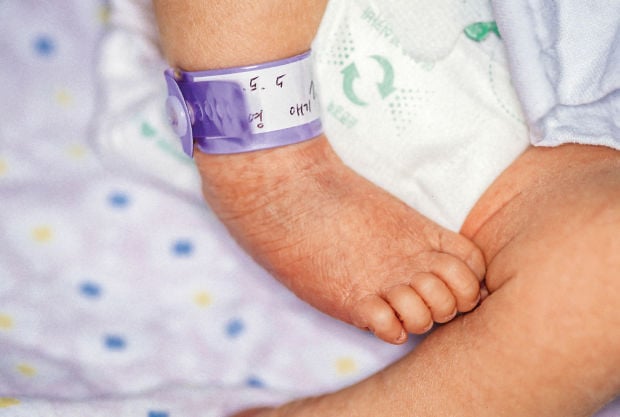 Blood samples taken from newborns shortly after their birth are supposed to be sent almost immediately to state labs for testing. But some are delayed for four or more days, which could put the lives of some babies at risk. (Photo illustration from Metro Creative) 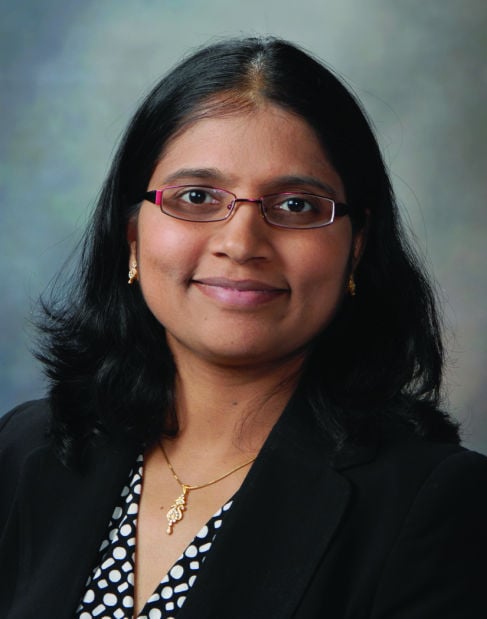 Sometimes delays can be deadly. And when it comes to getting newborn blood samples to state labs for testing, some area hospitals are squandering valuable time.

“Newborn screening identifies the babies at risk for about 50 types of genetic and metabolic disorders,” Yarrapureddy said. “If you leave them untreated, without a diagnosis, it can even be lethal.”

But while state regulations require that infant blood samples be sent to a state testing lab within 24 hours of collection, some take more than four days to arrive, according to state Department of Health data.

As part of a state-operated infant screening program, the blood samples, taken from a baby’s heel shortly after birth, are screened for rare and serious disorders, said Amy Gaviglio, a genetic counselor for the Minnesota Department of Health (MDH).

They are supposed to be sent almost immediately from the hospital to the MDH testing lab for analysis, according to program guidelines.

In some cases, delays can mean the difference between a healthy infant and an incredibly sick one.

Each year, more than 5,000 babies are born with one of the conditions included in state newborn screening panels, according to Baby’s First Test. Gavigilio said in Minnesota, anywhere between 100 and 140 newborns are affected by one of the disorders each year.

Most of these infants appear perfectly healthy at birth and come from families with no history of the disorder, Gavigilio said. And once symptoms of one of the many tested disorders appear, they are often irreversible and lead to severe health and developmental problems or even death.

Depending on the disorder, symptoms can develop in seven days or less. The samples are collected between 24 and 48 hours after birth.

Yarrapureddy said while all the disorders screened for are treatable or can be managed, doctors can’t change the way they manage a baby’s healthcare unless they know the newborn is at risk. That’s one of the reasons the test results are so important.

Even if a baby is at born at home or delivered by a mid-wife, they should be screened, Yarrapureddy said. Tests are readily available from MDH and expectant parents should make sure they understand the process before their babies are born.

“Maybe if there is a family history of some disorders, then we do know there is a slightly higher risk of having those in the baby,” Yarrapureddy said. “But there are other disorders … that can just be tested only by the state screen. So this is the ideal test. It’s just a few drops of blood and it screens for all the common and rare disorders.”

State regulations require that infant blood samples be sent to a state testing lab within 24 hours of collection. The lab is open Monday through Saturday and hospitals are encouraged to send samples by courier, overnight delivery or express mail.

But in 2012, many local hospitals did not send all their samples to the lab within that 24-hour time period, according to MDH data.

Twenty-four Minnesota hospitals had more than 5 percent of their samples take four or more days to reach a lab after they were collected, shows data from MDH.

Owatonna Hospital was one of the lowest performing hospitals in the region in 2012, according to MDH data.

Northfield Hospital also performed poorly. Out of 495 samples collected in 2012, 66 or 13.33 percent took longer than four days to reach the hospital. A total of 9 samples were considered ‘unsatisfactory’ and could not be tested.

Unsatisfactory samples cause further delays, because babies must then be retested, according to MDH.

Records show while the Owatonna Hospital, Mayo Clinic Health System facilities and St. Francis Regional Medical Center utilized a courier in 2012 to deliver samples to the lab on Saturdays, the Northfield Hospital and New Ulm Medical Center did not.

Gaviglio said samples take four or more days to reach the lab for several different reasons. Many of the delays occur over weekends or holidays and not all hospitals utilize a carrier for Saturday delivery — though the health department pays for next-day shipping.

A hospital’s rate can increase if a large number of babies are born on Thursday, Friday or immediately before holidays, Gaviglio said.

Some samples take up to 45 days to reach the lab, but because the MDH makes sure it receives a sample for every birth certificate filed with the state, a new one is often requested and tested before the original one arrives, Gaviglio said.

This skews the data slightly, because the lost or late tests are still included on MDH reports.

Other delays occur if a baby is born at home or delivered by a mid-wife and the samples are submitted by the family or to a nearby hospital before being forwarded to the MDH lab.

Since 2012, local health care facilities have improved the rate at which they send in newborn blood samples, among them the Owatonna hospital.

Previously one of several Minnesota hospitals that lagged in getting samples to state testing labs within the recommended 24 hours, the hospital now has a smaller percentage of samples that are not shipped immediately than in it did in 2012.

And many of those are likely collected over holiday weekends, when there is no way to mail them in, said Gaviglio.

“They collect the sample on Saturday, but can’t send it until Sunday when there’s no pick up,” Gaviglio said. “Or it’s like Memorial Day weekend, there’s a holiday and no mail.”

According to MDH data, in 2013, the percentage of samples that took four or more days to reach the lab from Owatonna dropped from 6.47 percent to 3.9 percent.

Compared to other rural Minnesota hospitals, Owatonna is above average, said Timothy Johnson, Director of Quality and Accreditation for Allina Medical Laboratories, which owns the Owatonna Hospital.

“The newborn screening process inherently has delay built into it,” Johnson said. “The specimen cannot be collected until 24 hours following birth. After collecting the specimen there is time for the collection card to dry which requires four hours. The specimens are then sent to MDH except on weekends where MDH does not receive specimens. Those specimens must be held until Monday. In September 2013, a second courier was added to improve the turnaround time of the new born screening results.”

The second courier travels between the Owatonna Hospital and Allina’s lab in Minneapolis, Johnson said. From there, another Allina courier picks them up and takes them to the state lab.

Johnson said Allina, which recently learned that the MDH lab is now open on Saturdays, will assess its program and determine whether or not it will be able to effectively deliver samples for testing over the weekend.

He added that Allina, which also owns the New Ulm Medical Center, takes steps systemwide to speed up delivery.

Records show that the rate likely increased because large numbers of babies were born on Thursday and Fridays, Gaviglio said. The hospital has not indicated that it utilizes a Saturday courier, she added.

Johnson said Allina uses the same process at the New Ulm hospital to send samples to MDH that is used in Owatonna.

Northfield Hospital’s record, one of the worst in the state in 2012, improved in 2013, dropping by almost half, Gaviglio said.

Since 2012, the hospital has requested Saturday courier service, she said. It also requested MDH send them monthly reports so they could monitor their its progress.

“They’ve been great to work with and were really concerned [by their 2012 results],” Gaviglio said. “And we really want to work with hospitals to improve their rates.”

Data provided by the Minnesota Department of Health.

Since 1965, the Minnesota Department of Health has screened Minnesota newborns soon after birth to see if they are at risk for hidden, rare disorders. Without treatment, these disorders can lead to illness, physical disability, mental retardation, or death. Medications or changes in diet help prevent most health problems caused by disorders that are identified through newborn screening.

WHAT IS NEWBORN SCREENING

Newborn screening is a state public health service that reaches each of the more than 4 million babies born in the U.S. every year. It ensures that all babies are screened for certain serious conditions at birth, and for those babies with the conditions, it allows doctors to start treatment before some of the harmful effects happen.

For more information about newborn screening and how it is conducted, visit: www.babysfirsttest.org

WHAT THEY TEST FOR

Tyrosinemia, type I (TYR I)

To view this story as an infographic with videos, pictures and charts, visit: http://bit.ly/1e33hrt

By the end of Jan. 13, the Minnesota Department of Health planned to have destroyed about 1.1 million archived dried blood spot cards and newb…