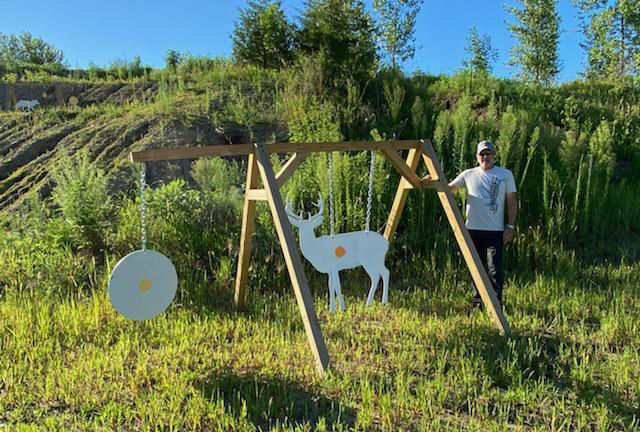 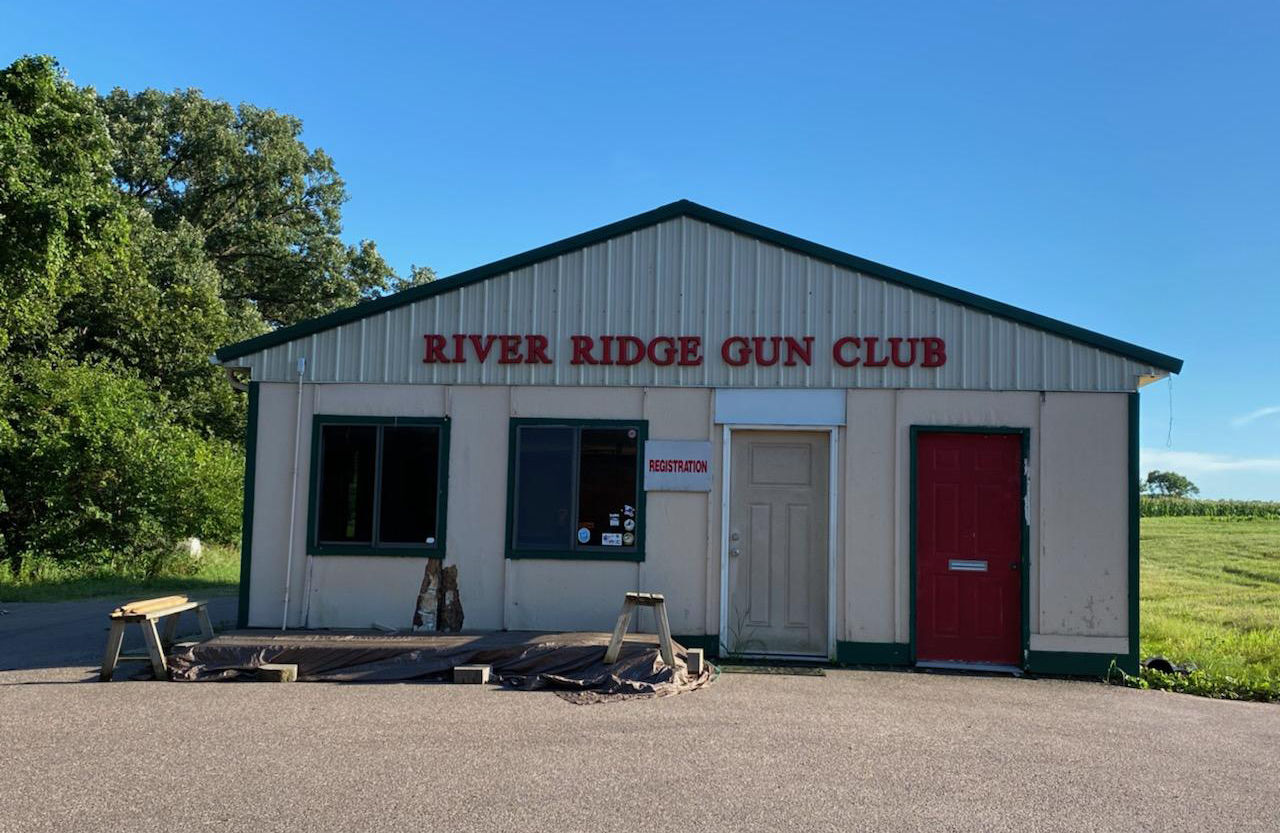 The River Ridge Shooting Club is planned to have a much bigger clubhouse, including a lounge and bar area for members, than what the old course had. (Photo courtesy of Michaletzes) 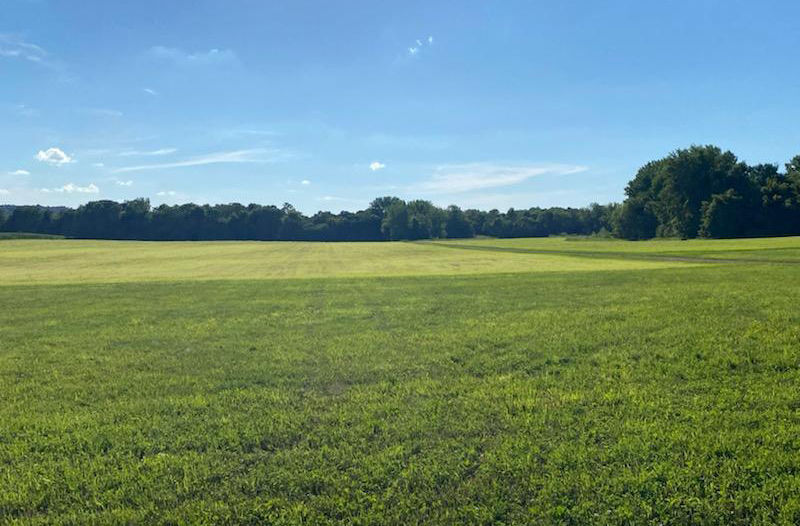 There is a lot of open space for the Michaletzes to work with, as they aim to add services, including rifle shooting, at the River Ridge Shooting Club. (Photo courtesy of Michaletzes) 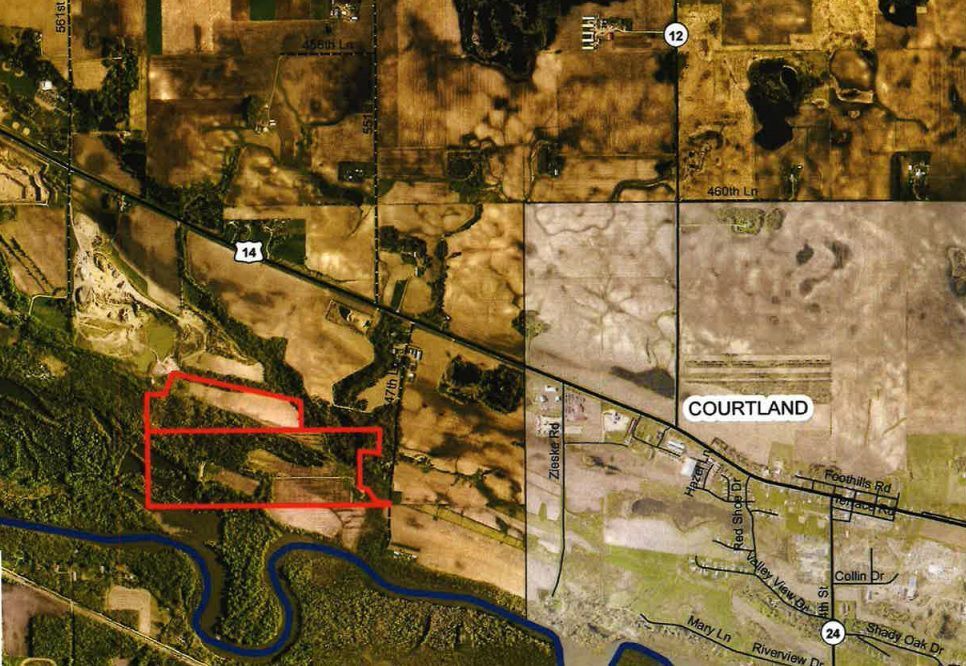 A possible new gun club is in early development outside Courtland in Nicollet County, replacing an old gun range in the same location. The developers received a new CUP, allowing expanded services at the club, including rifle and pistol shooting. (Image courtesy of Nicollet County) 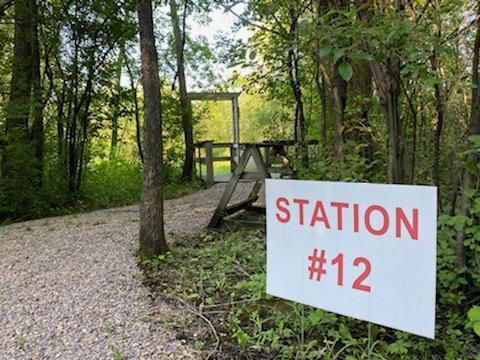 Clay shooting stations are already set up, as part of the River Ridge Gun and Archery Club. (Photo courtesy of Michaletzes)

A new, and likely improved, gun club is set to replace the old River Ridge Gun and Archery Club in rural Nicollet County, after the county determined that conditions were satisfactory for the project to move forward.

At its July 28 meeting, the Nicollet County Board of Commissioners voted 3-2 in favor of a conditional use permit, with 38 added conditions, to allow a new, expanded club to take the spot of the old River Ridge club near Courtland. The two “No” votes, from commissioners Denny Kemp and John Luepke, had more to do with process than opposition to the project itself. There was concern with new conditions added on and the exact language of those conditions, but neither commissioners indicated an issue with the development.

Regardless, the three votes in favor were enough to approve the CUP, meaning the property owners can move forward with their proposed business, continuing to work with county staff on approvals. It’s not without some complaints, as a group of neighboring property owners expressed varying concerns regarding the project. Those concerns, though, did not equate to any violations of zoning rules in the county, according to staff, and the Planning and Zoning Board, and then the Board of Commissioners, agreed.

Property owners Christine and Joe Michaletz have had some delays in getting their gun club project off the ground.

In late 2018, the couple purchased the 115-acre property of the River Ridge Gun and Archery Club, which had by then closed down. Shortly after, they purchased another 45 acres on the property’s north side, adding space for an expanded club.

The developers moved ahead in summer 2019 with earthwork on a portion of the property, mostly flattening the grade. The work also included site preparation and the construction of building pads for a storage building and a covered shooting area. But the developers had not obtained a needed conditional use permit to perform the land alteration. They were able to apply for an after-the-fact CUP, which was recommended for approval by the Planning and Zoning Board and approved in January 2020 by the Nicollet County Board of Commissioners.

After that, the owners needed to apply for amendments to existing permits, because the River Ridge permits only allowed for shotgun use, and the Michaletzes hoped to add several other services to their club. The new and extended CUP, approved by the commissioners July 28, allows for: shooting of pistols, rifles, and archery, in addition to the use of shotguns; gunsmith and archery services; sales of firearm and archery accessories; special shooting related events; various firearm and archery training courses; and club membership amenities.

The new CUP first came to the Planning and Zoning Board June 15. The discussion lasted a few hours and was ultimately tabled to a second meeting on July 22, due to the number of questions some commission members still had. After receiving recommended approval of the CUP, with 36 conditions, from the Planning and Zoning Board at the July 22 meeting, the matter was taken to the Board of Commissioners.

The Board of Commissioners’ approval was the final public board approval needed, although the commissioners still need to finalize one condition, regarding what type of ammunition will be allowed at the gun club. County staff determined that it would need to do some research before getting the exact wording for that item.

Throughout the process, a number of neighbors issued complaints.

Veleda and Wade Cordes live south of the gun club property, and they expressed concerns related to “stray bullets, noise, dust, traffic, speed limits, road damage and setbacks.” They said safety was their primary issue, and Veleda noted that the horses on their property get spooked from the sound of the gunshots going off, and their health can be impacted.

Neighbors Josiah and Emily Stoering also testified, citing safety, noting that the owners cannot control every client’s actions. Emily referenced the children that use the nearby road, and she expressed concern about the area losing the peace and quiet that residents there value. Another neighbor, Gary Zimanski, also testified with similar concerns.

Representatives of the Courtland Township Board of Supervisors also spoke over the course of the meetings, noting that they did not yet have a solution for the road, 547th Lane, that leads to the property. The road is narrow and has issues with water drainage, according to the supervisors.

Another big concern among complainants was the handling of noise violations. The neighbors did not want to be responsible for measuring the noise and ensuring all standards are met. There were questions of who should be measuring the noise, how it’s measured, and how complaints are handled.

The Michaletzes attempted to answer any questions they could, and a number of conditions were put in place to alleviate other concerns.

Christine Michaletz noted that the gun range had been active since 1993 up until recently, and some of the property owners had moved onto their land after that time, knowing that the range was there. She said they were only restarting the gun club, with some expanded services, but all under statutory rules for safety. Joe Michaletz further addressed concerns about safety.

“We care about doing this project right,” he said. “We’ve spent a lot of time working with engineers, working with the NRA guidelines. The first thing is to be safe. There will be no projectiles that leave the range. We use the range appropriately, and we have a 30-foot embankment in the back and a gravel pit behind that. If you saw it, you would probably agree you haven’t seen a safer rifle range.”

Meanwhile, after consultation with the DNR, it was determined that the Minnesota Pollution Control Agency would be the authoritative body to handle noise complaints. If someone makes a complaint to the county, staff there would do its best to investigate the matter before sending it on to the MPCA, which has specialized equipment to measure the noise levels.

Regarding the road, one of the conditions of the permit calls for the owners to work with Courtland Township on a “satisfactory agreement,” which must be in place before development.

With the public approval process mostly finished, the Michaletzes said they were feeling good.

“We’re pleased with the vote today,” Christine Michaletz said. “There was a lot of information there, but the commissioners took so much time gaining a clear understanding. What we’re proposing, it’s important to the area, so it was good they did that.”

There is still a lot to do before site development begins. The owners will need to work with engineers, architects and noise consultants to put together a final construction plan and ensure the facility can meet all needed safety and noise requirements. Along the way, they’ll need to work with county staff to get further approvals, before a permit is actually issued. They’ll also need to work with Courtland Township on the road agreement.

They do have a general plan for the club, though. They hope to rename it River Ridge Shooting Club, representing its expanded offerings.

“Our plan is to continue the existing activity of shotgun sports. We’ll be making some improvements to the sporting clays course, and we’ll be adding a few more trap fields,” Christine Michaletz said. “And then the new activities will include outdoor archery, pistol shooting and rifle shooting.”

They are eyeing a 15-station course for sporting clays (shotguns). Each station might hold one to four persons. There will be an additional four trap shooting fields, which each accommodate five shooters at a time.

The rifle range will have four shooting benches, reserved in one-hour increments, making it “a very controlled activity,” according to Christine Michaletz.

The pistol range will have five shooting bays, “and that will be great for instructional training,” Christine Michaletz added. Lastly, there would be three fixed line outdoor archery ranges with targets at varying depths.

Outside of the shooting areas, the Michaletzes hope to have a clubhouse facility that will contain offices, a retail space, a catering kitchen and a lounge and bar area. As part of the permit conditions, if a license to serve alcohol is obtained, shooters will not be allowed to consume alcohol on site before or during shooting.

The facility, as a whole, would be open to the public, but the lounge area would be members only, for the most part.

The owners hope to offer something that can’t otherwise be found in the region. Christine Michaletz noted that they will be one of the few places where conceal and carry classes can take place and where hunters can site in their rifles in a space controlled for safety.

“And really, a lot of what is inspiring us to take this to the next level has been the public demand,” she said. “We’ve been hearing from a lot of people, particularly conceal and carry instructors, hunters, shooting enthusiasts.”

There is no timeline yet for the beginning of construction or for an opening.