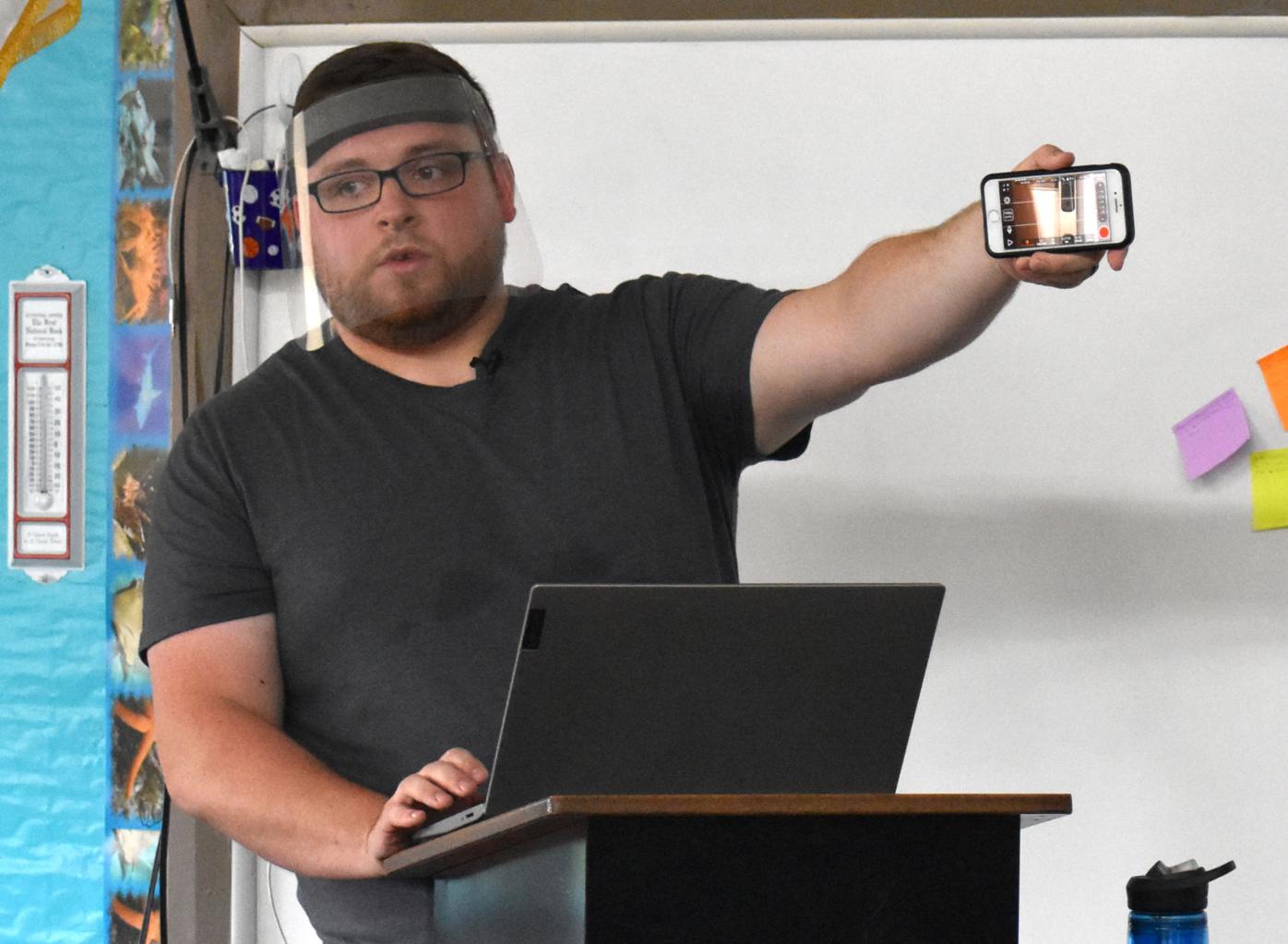 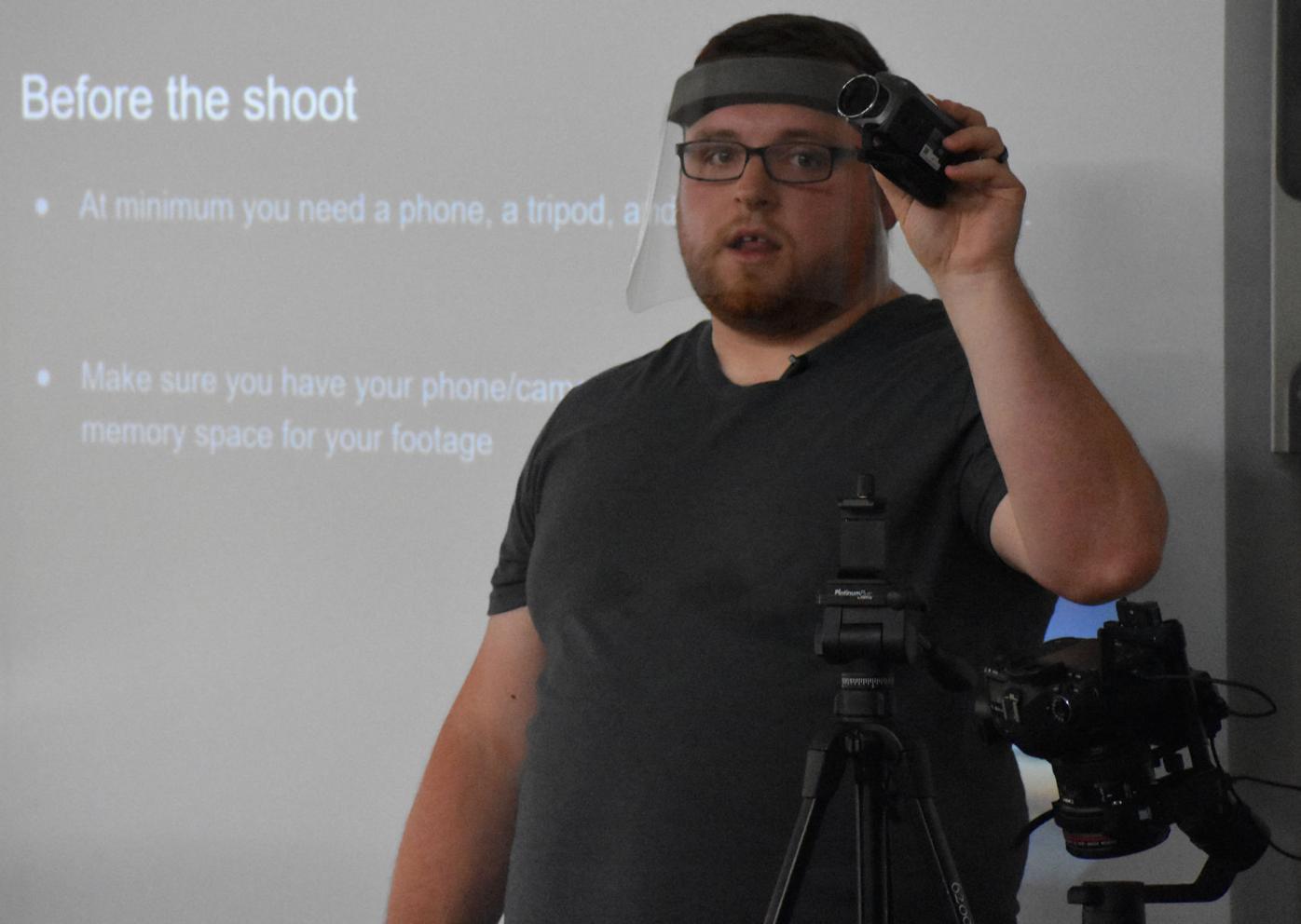 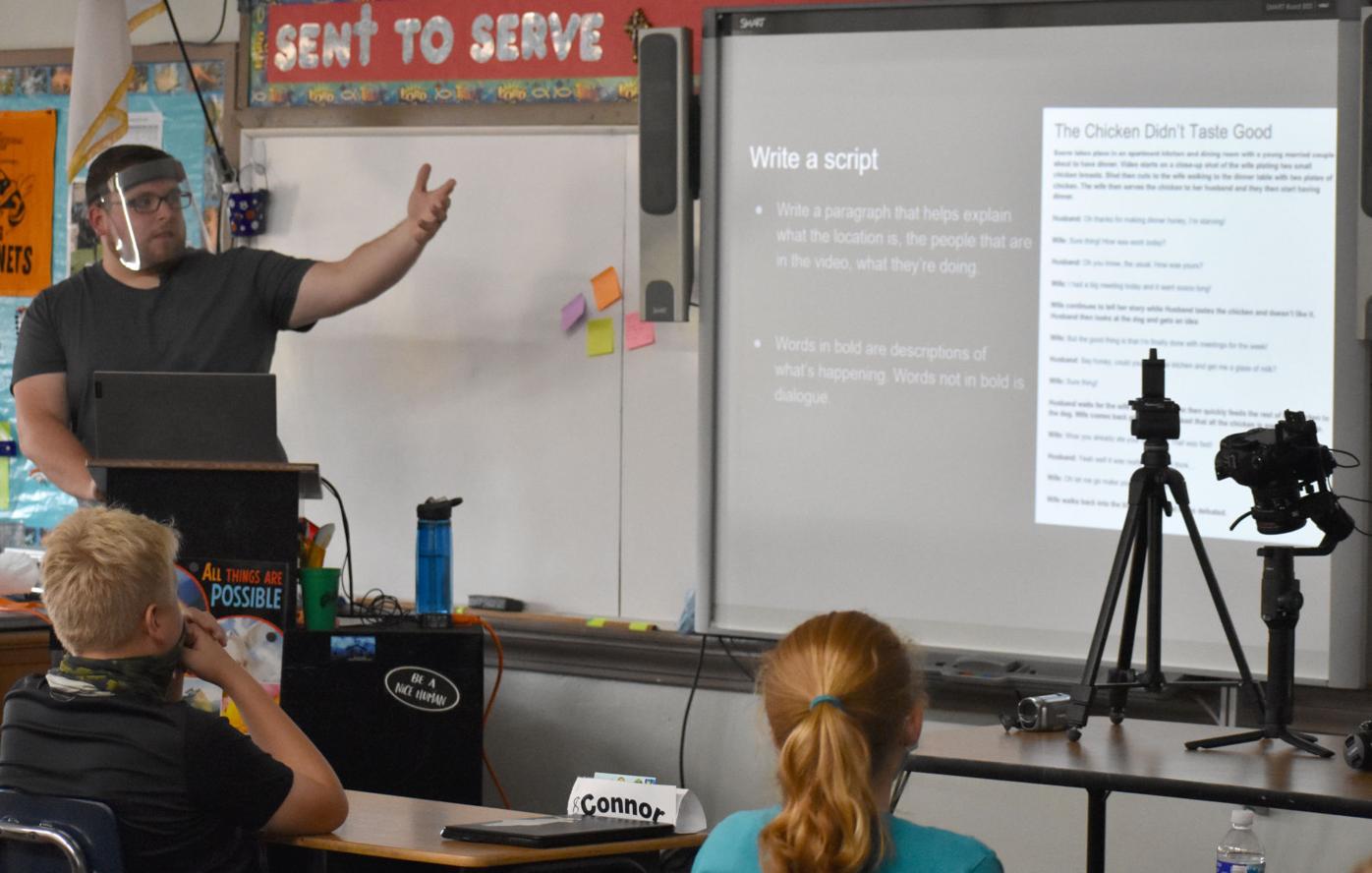 Joel Klein of Burnsville has produced documentaries, sports production, live television footage and promotional videos in the years since he graduated from Faribault Lutheran School in 2007.

On Thursday afternoon, Klein returned to FLS to deliver a crash course in filmmaking to seventh- and eighth-graders in Joyce Kromminga’s classroom. Over the course of an hour, Klein described the basics of filmmaking, showed examples of various media equipment and talked about possible career paths in video production.

“Social media, streaming and filmmaking is everywhere,” Klein told the FLS class. “Even if you don’t want to learn anything about film production for a career, it can be a really fun hobby.”

According to Klein, producing a video requires first brainstorming ideas.

“No idea is a bad idea until you start narrowing it down,” Klein said.

After selecting an idea, Klein said he writes a script and creates a storyboard to ensure everyone else involved in the project understands his vision. He then develops a shot list, along with a list of props and locations to use in the filming process.

When talking about filming gear, Klein told students, “A phone is more than enough. Expensive gear doesn’t always equal a better video.” However, for more stability with his shots, he uses a tripod. He showed students his drone, which can film footage far above ground level, and described some of the rules and regulations surrounding drone use. He also played a video about a robotic arm camera called KIRA, which can move up to 9 feet per second.

Klein gave students several filming tips he learned through his experiences. He emphasized the importance of charging a phone before filming and said holding the camera horizontally and at eye level makes for a better viewing experience. He showed students examples of poor and good framing and covered the importance of sound quality. Cautioning students away from using copyrighted material, he said YouTube and Facebook offer free music for anyone to use.

Near the end of his presentation, Klein brought awareness to possible career avenues with filmmaking. He told students they could establish connections by volunteering at a public access station, interning and/or working for free, or going to college to major in broadcasting. Filmmakers might consider sports broadcasting, wedding videography or testimonials as potential pathways.

If students remain healthy during the pandemic and continue school in person, Kromminga said they might receive cameras of their own. Then, she would invite Klein back to the classroom to “show them how to shoot.”

Joel Klein is the co-founder of Klein Media, which provides filmmaking services, drone photography, and streaming services. To learn more about his work and view his blog, visit kleinmediallc.com.