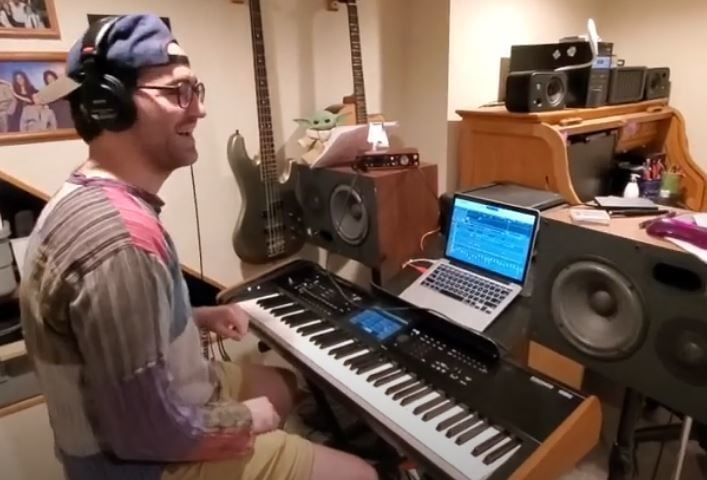 Austyn Menk played the keyboard in the “Vax-A-Nation” video that has his dad, Carl Menk, produced to promote the COVID-19 vaccination. (screenshot of Carl Menk video) 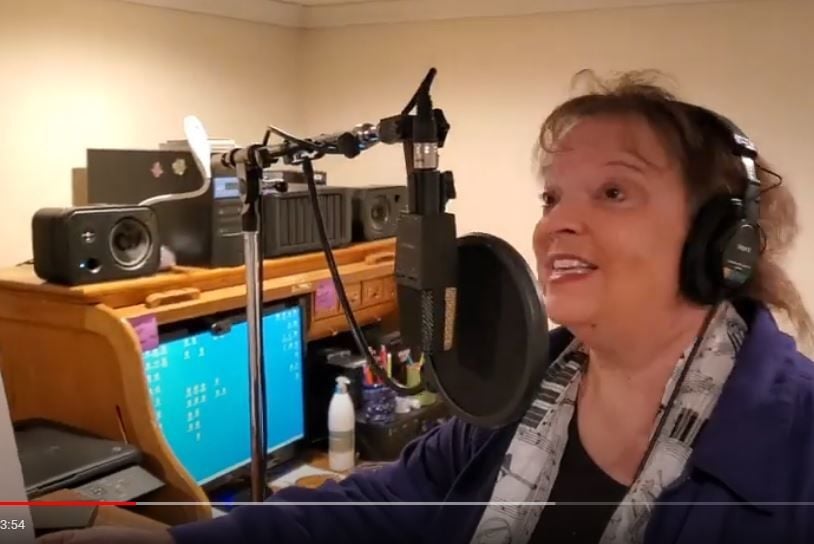 Rita Sapp, who was a longtime choir director for New Prague Public Schools, is one of several vocalists who performed in the “Vax-A-Nation” parody. (screenshot of Carl Menk video) 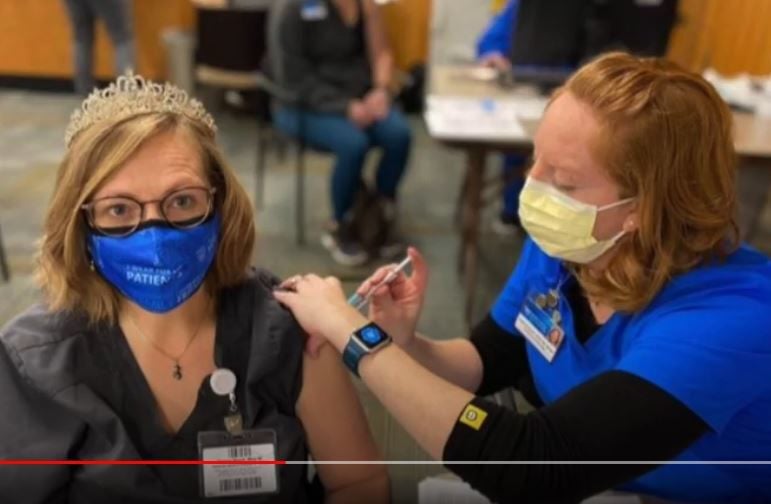 Various community members from New Prague and the Tri-City United School District submitted photos of themselves receiving the COVID-19 vaccination. Carl Menk then incorporated those photos in the “Vax-A-Nation” music video. (Screenshot of Carl Menk video) 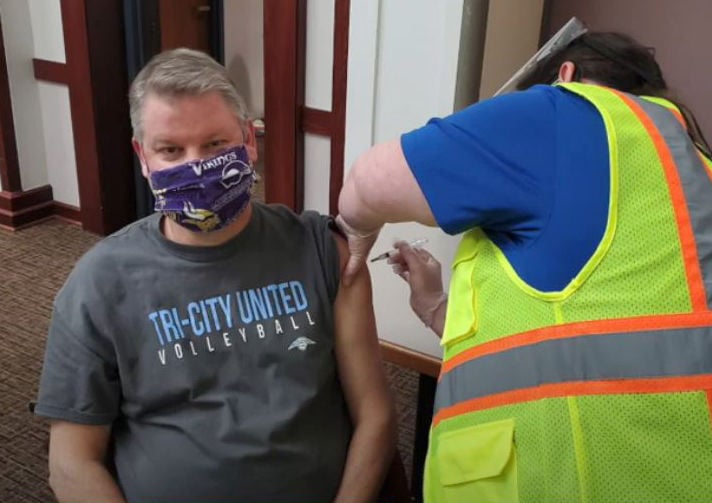 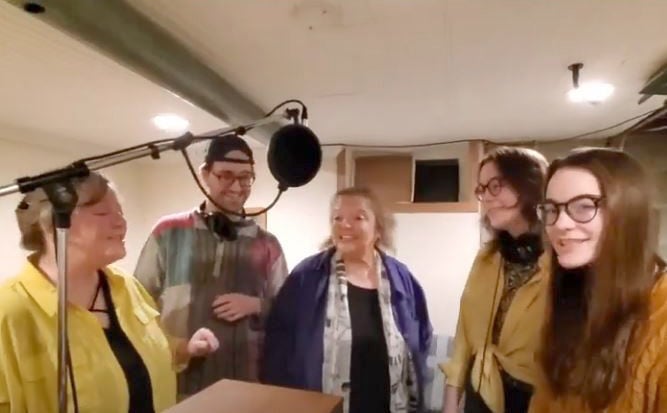 Kool & the Gang probably didn’t have vaccinations in mind when they released “Celebration” in 1980, but a crew of local musicians sure did when they performed a parody to the popular party song.

“Vax-A-Nation,” a music video promoting the COVID-19 vaccinations, is the latest installment to the CoVid Concert Series that Montgomery’s Carl Menk and his family have produced on YouTube.

To the tune of “Celebration” by Kool & the Gang, Menk’s family and colleagues socially distanced when they recorded “Vax-A-Nation.” The video contains footage of their home and studio performances along with photographs of community members receiving the vaccination.

The idea for the video stemmed from two different places: from Menk’s own family and from working as a consultant for Le Sueur County Public Health.

Menk’s history of performing parodies with his wife, Robyn, and her sister, Rita Sapp, dates back to their college days at Minnesota State University, Mankato. The three of them belonged to a choir group called the Ellis Street Singers, where their choir director, the now retired Allen Wortman, often parodied songs to the tune of “Joy to the World” by Three Dog Night.

Sapp, a retired choir director for New Prague Public Schools and a worship leader at Holy Trinity Lutheran Church, suggested the Menks perform a parody relating to the COVID-19 vaccine. Menk thought of the Kool & the Gang song and went to work writing the bass parts.

Meanwhile, Menk also became acquainted with the staff at Le Sueur County Public Health by working as a consultant for the broadband expansion project under the CARES (Coronavirus Aid, Relief and Economic Security) Act. The project would allow the facility to relay information about vaccinations quickly.

“I just met the coolest and most remarkable human beings that are just incredible forces of nature at the county, oftentimes living in their silos,” Menk said. “I wanted to get the word out about vaccinations to ease some of the anxiety, so I started building lyrics.”

With TCU Schools playing a major role in getting the economy “back to normal,” Menk wanted to involve staff from the music and choir departments in his project.

The brass section for the video included Noah Stephens with horn arrangements, Cleveland School band director Erik Hermanson on trombone and Arya Menk on trumpet. Austyn Menk also played the keyboards, and Menk himself played drum, bass and guitars in addition to doing the audio and video production.

Members of the community, including those from Holy Trinity Lutheran and Queen of Peace churches in New Prague, submitted photos of their vaccinations, which Menk weaved into the video.

Aside from the music and photo contributions, Menk credits Cindy Shaughnessy, director of Le Sueur County Public Health, for being the leader and team motivator for the video.

“The Vax-A-Nation video was a great example of collaboration between community partners to get out a simple message about COVID-19 vaccination,” Shaunessy said. “Public Health has always had a strong partnership with schools, and that partnership has been extremely valuable during the pandemic.”

Shaughnessy sees the videos a fun and uplifting way to encourage others to get vaccination whenever their opportunity comes.

“Public Health has been focused on vaccinations since late December, and the video reflects the joy, relief and gratitude shown by those who have been vaccinated,” Shaughnessy said. “The message I hope the community takes away is that COVID-19 vaccination is safe, effective and is our way out of this. When their turn comes to be vaccinated, say yes for yourself, your family and your community!”