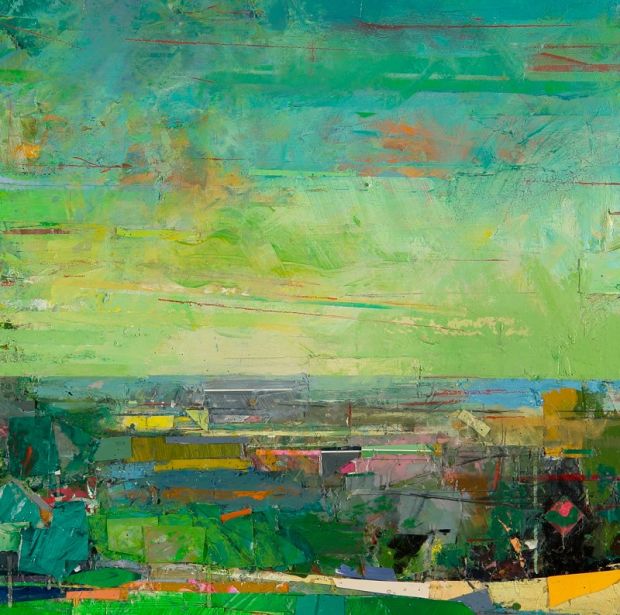 By Andrew Wykes. Acrylic and oil on canvas, 2011. (Submitted photo) 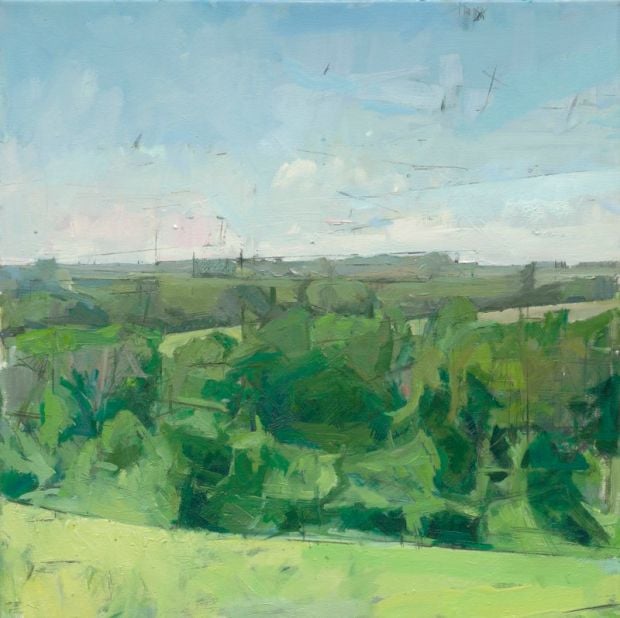 By Andrew Wykes. Acrylic and oil on canvas, 2011. (Submitted photo)

Four artists from the Northfield and St. Olaf College communities participated in the creation of a new documentary titled “Painting the Place Between” about the connection between artists and the Minnesota landscape.

“The film acknowledges our human desire to find meaningful connections to the world around us,” said the film’s director Kristen Lowe in a statement. “Moments of honesty are captured that prompt the artists, as well as the audience, to wonder whether we have shaped the land or has the land shaped us... This film showcases this creative process revealing a dimension of the art that typically is invisible.”

“Painting the Place Between” premieres at the Fitzgerald Theater in downtown St. Paul on Friday.

Lowe has taught drawing classes at St. Olaf. Jill Evans, one of the film’s subjects has also taught at the college. St. Olaf alumna Betsy Byers is in the film, as well as Northfield resident Andrew Wykes.

“This film is really Minnesota made,” Wykes, a painter and professor at Hamline University said. “The art shown is really part of the culture that’s here.”

Many of the scenes featuring Wykes take place in fields west of Northfield in Rice County.“Painting the Place Between” has been years in the making. Funded by grants and sponsorship, Lowe takes viewers in to the world of the Minnesota artist. The documentary, as Wykes points out, is neither highbrow nor lowbrow. Rather, the film’s content speaks both to the people already entrenched in the art world and the laypeople who are interested in it.

“There are lots of people who may be afraid to ask questions or feel foolish about asking questions about art,” Wykes said. “This film is a good starting point for those people who are curious, either about the work or perhaps buying art for themselves in the future — especially art that’s not worth millions and millions of dollars.”

“The documentary is very relevant to this regional place,” said John Saurer, associate professor of art and department chair at St. Olaf. “All the artists in it put an emphasis on place. And each artist has a different relationship with the land.”

Reach reporter Cristeta Boarini at 333-3135. Follow her on Twitter.com @CristetaBoarini

Reach reporter Cristeta Boarini at 333-3135. Follow her on Twitter.com @CristetaBoarini

Trailer for "Painting the Space Between"

What: Premiere of "Painting the Place Between"

Where: The Fitzgerald Theater